Ball’s Engineer Hydrocarbon DeepQUEST has been known for many things – the monobloc titanium case, an automatic helium escape valve built into the crown, lume you could light a nightclub with – but it’s fair to say it hasn’t always been fêted for handsome looks. 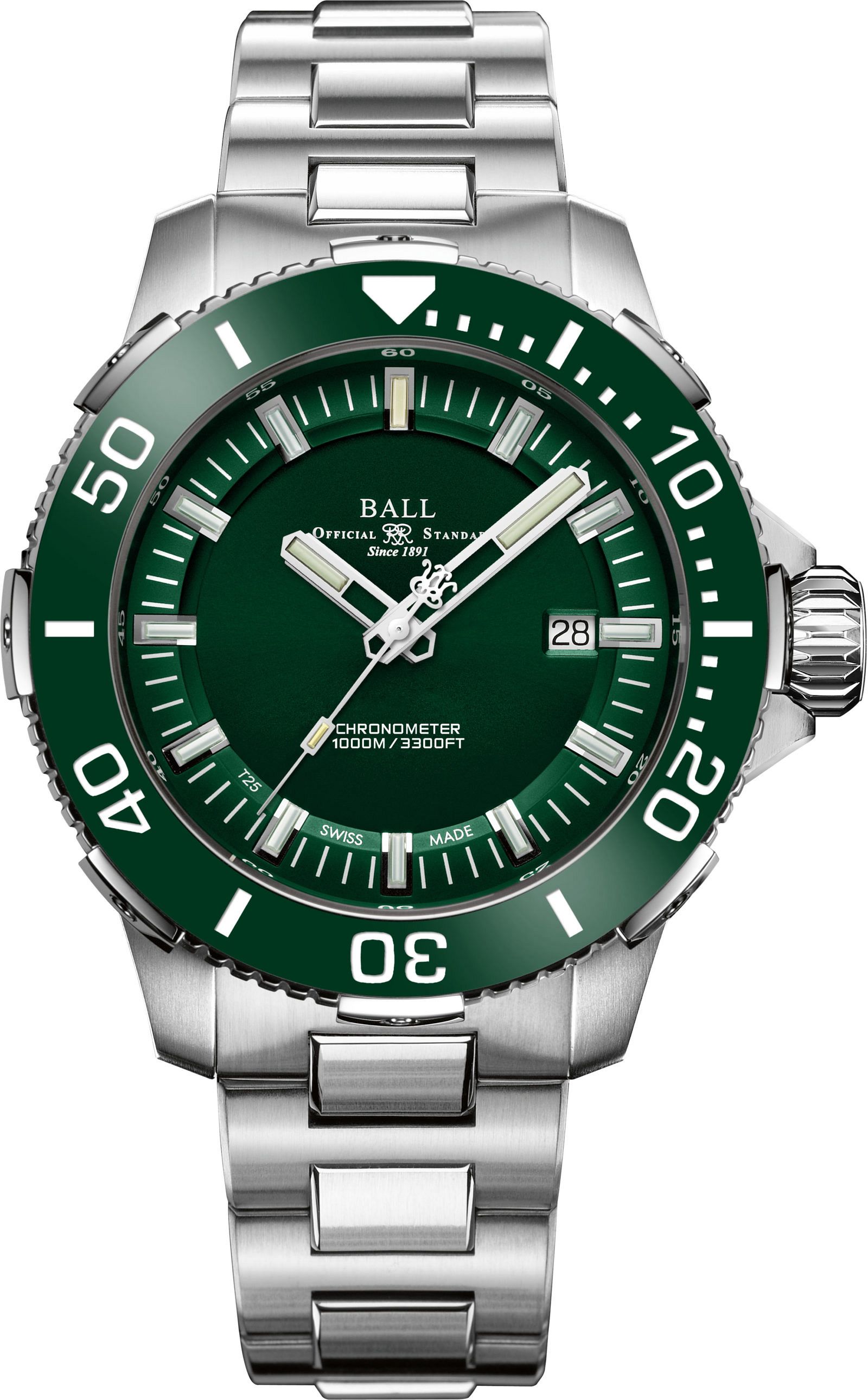 Sure, last year’s DeepQUEST II had a personality to match its 1000m depth rating. The bezel was muscular to say the least. The crown mushroomed out in presumption that its owner would be wearing thick gloves. And the numerals at 6 and 12 were applied in an almost matchstick arrangement of “micro gas tubes” (sealed tritium gas) so bright you could tell the time from an ocean away.

Even that uppercase in the name – DeepQUEST – muscles in. It was never a watch for hiding under the cuff, but for being seen over a diving suit. 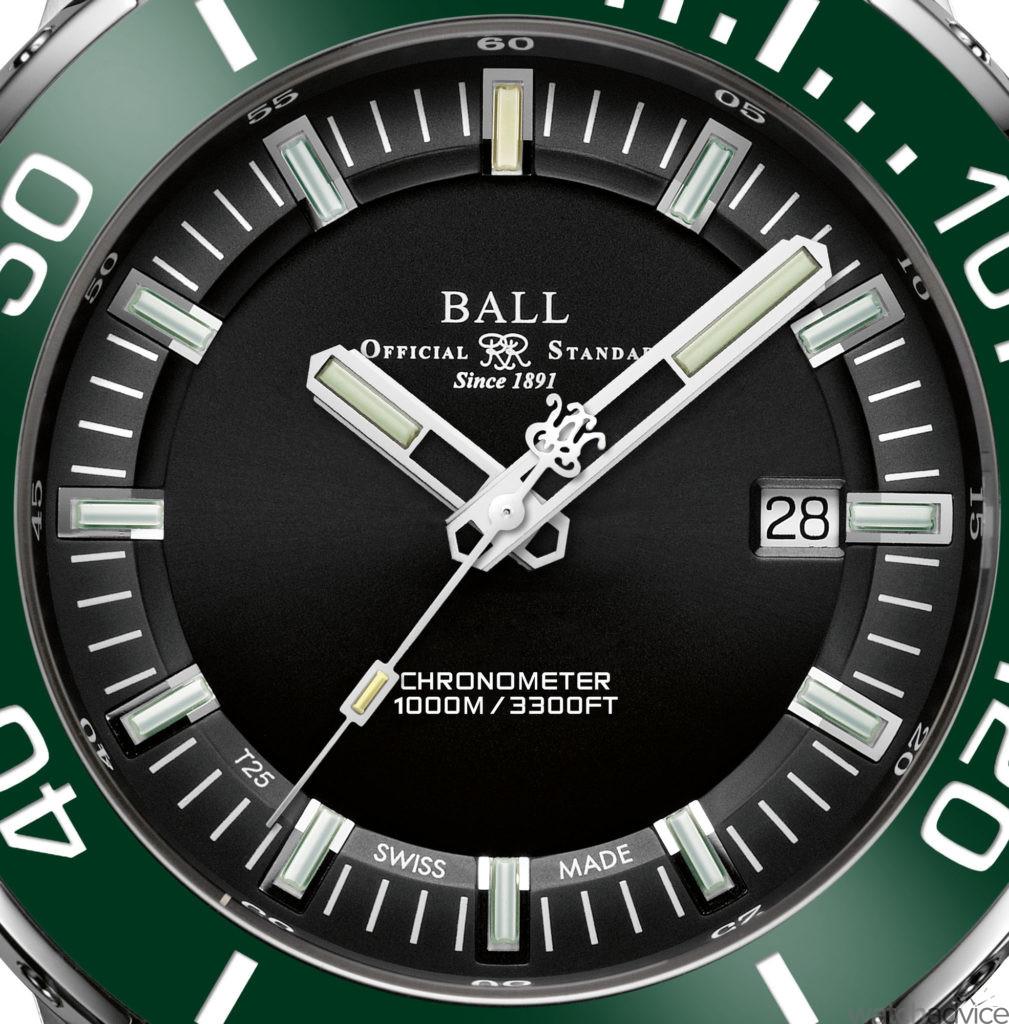 But now comes the Ball Engineer Hydrocarbon DeepQUEST Ceramic – with its ceramic bezel and simpler dial – and if the DeepQUEST II is a guy two weeks into his rotation on the oil rig, the DeepQUEST Ceramic is the same man a couple of days after getting home. Cleanshaven, nice haircut, fresh shirt and a splash of cologne – but underneath it all you know he’s still a tough sod.

The ceramic version comes in at an official 42mm, although the bezel, crown and 15.5mm thickness have always made the DeepQUEST a very big watch. Still, that ceramic bezel both softens and elevates the look of the watch significantly, and Ball have included an attractive deep green option to go alongside the black. 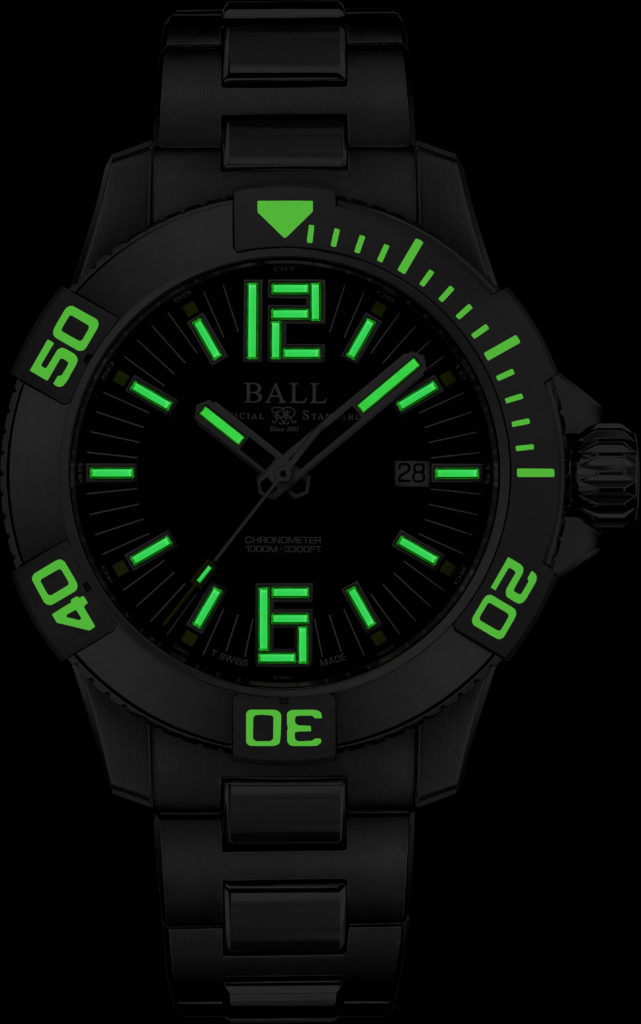 The dial, meanwhile, has high hour markers that will reward time if you just want to stare at the depth under the crystal. Even more so in the dark.

With the DeepQUEST Ceramic it’s clear that Ball aims to offer a value alternative to the Rolex Sea-Dweller or Omega Seamaster Diver 300m Ceramic and Titanium. Yet it can still claim to be very much its own watch, with its own innovations. 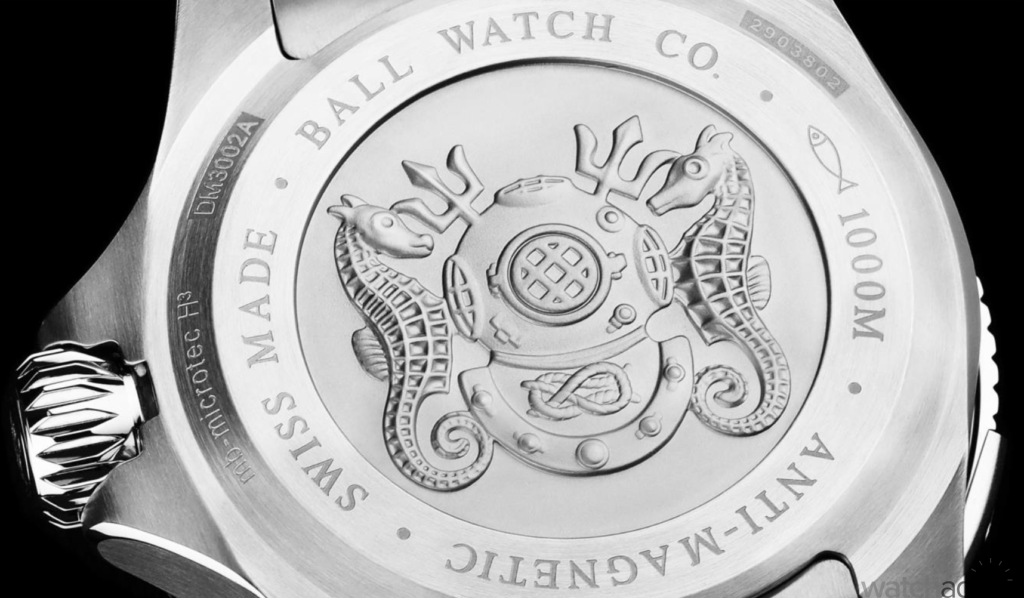 Most of the DeepQUEST fundamentals remain the same. Single block titanium case, 1000m depth rating, shock resistant to 7,500Gs, anti-magnetic to 4,800A/m and COSC certified. And aside from its practical function, the patented automatic helium escape valve prevents a further break in the contour of the case that comes from either an integrated valve or the infamous “wart” of some deep sea divers. 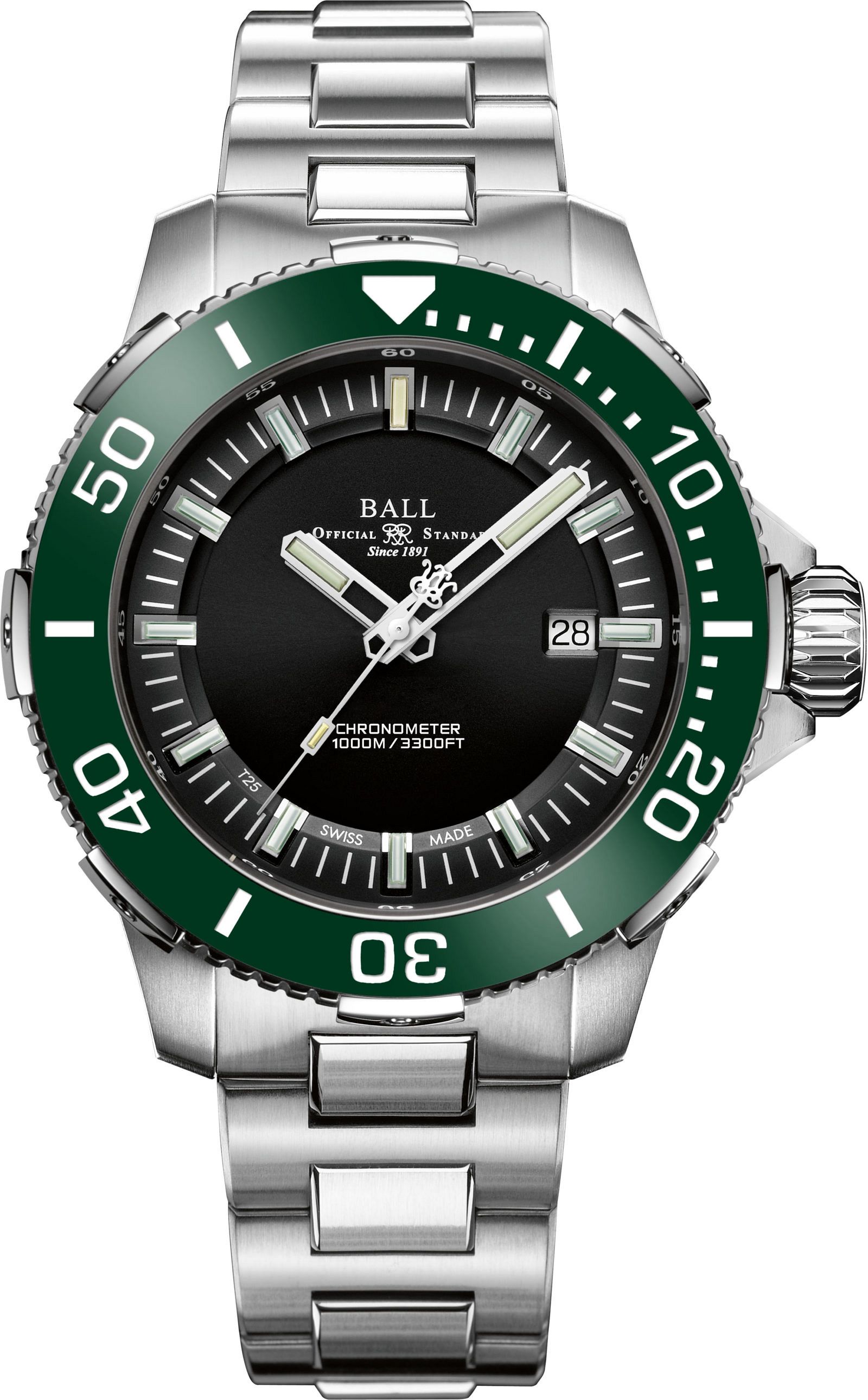 Ultimately, the Engineer Hydrocarbon DeepQUEST Ceramic is not only a serious dive watch but a new desk-diving alternative to the Sea-Dweller for those who have the wrists to carry it off, an interest in impressively engineered dive watches, or anyone who just wants to be prepared for the day when they happen to find themselves stuck in a very leaky submarine.

The Ball Engineer Hydrocarbon DeepQUEST Ceramic is AUD$5,650 on a rubber strap, AUD$ 5,800 on a bracelet. For Australian enquiries: info@avstev.com.au