What is it that makes a watch an ideal daily wearer? The requirements change from person to person without doubt, but there are a few essentials which should at least be considered – decent water resistance, legibility and reasonable accuracy. Occasionally, though, the right watch comes along and ends up stuck to your wrist whether logical or not. Though there was more heart than head involved, my 2008 Omega Planet Ocean ref. 2500.50.00 has now been my go-to watch for nearly two years running. Here’s why… 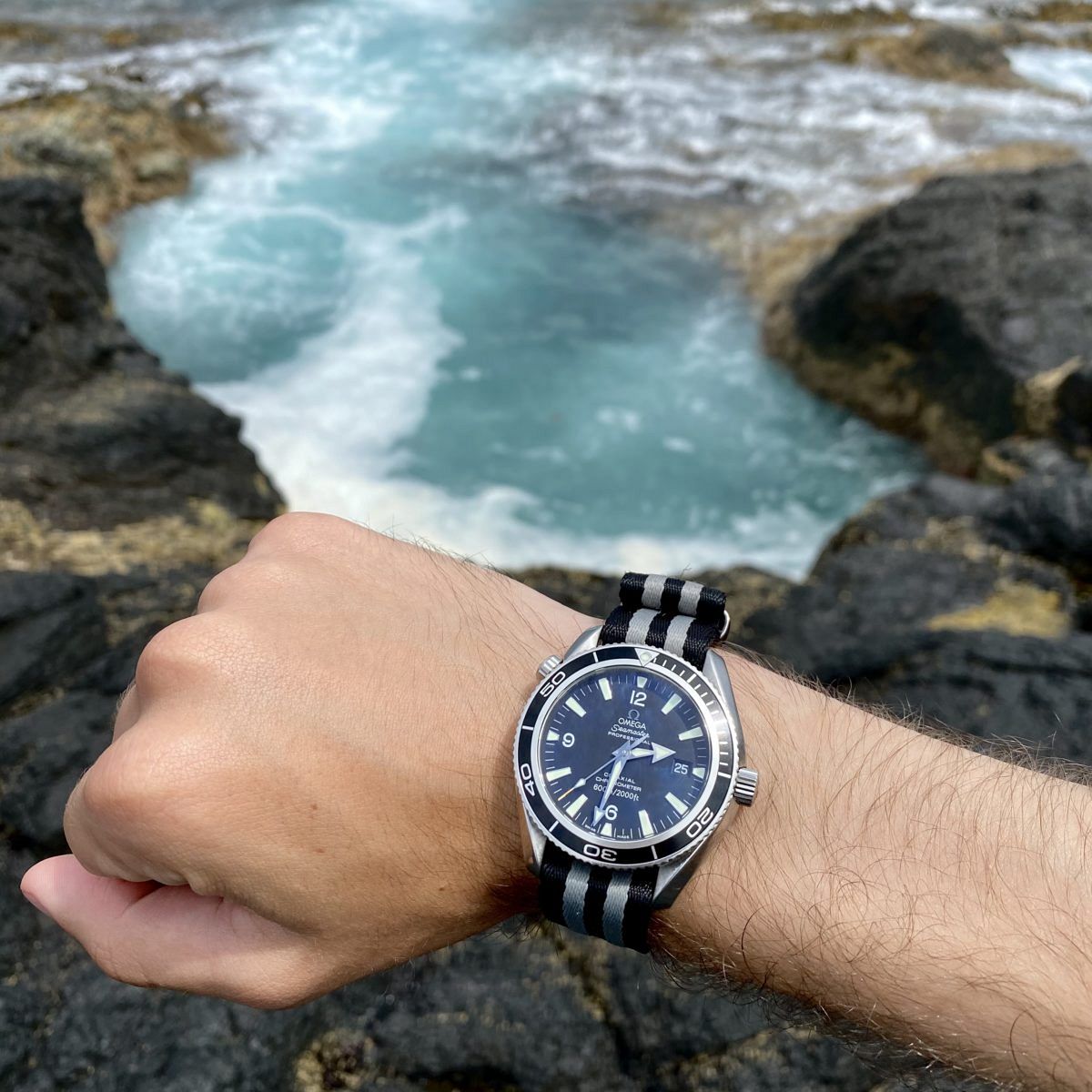 Throwing back to 11:59pm on December 31, 2019, I was sitting next to Albert Park Lake in Melbourne with my Planet Ocean NATO-strapped to my wrist. Regardless of the misplaced optimism I’d had for 2020, it was around this time my love for the watch had peaked. I’d acquired a healthy selection of straps for it, swapping them around almost every time I wore the watch, which kept it fresh and exciting. I’ve written about why I bought the watch before, at the same time as pouring out my adoration for Casino Royale, but my connection to Omega’s Seamaster line goes much deeper. 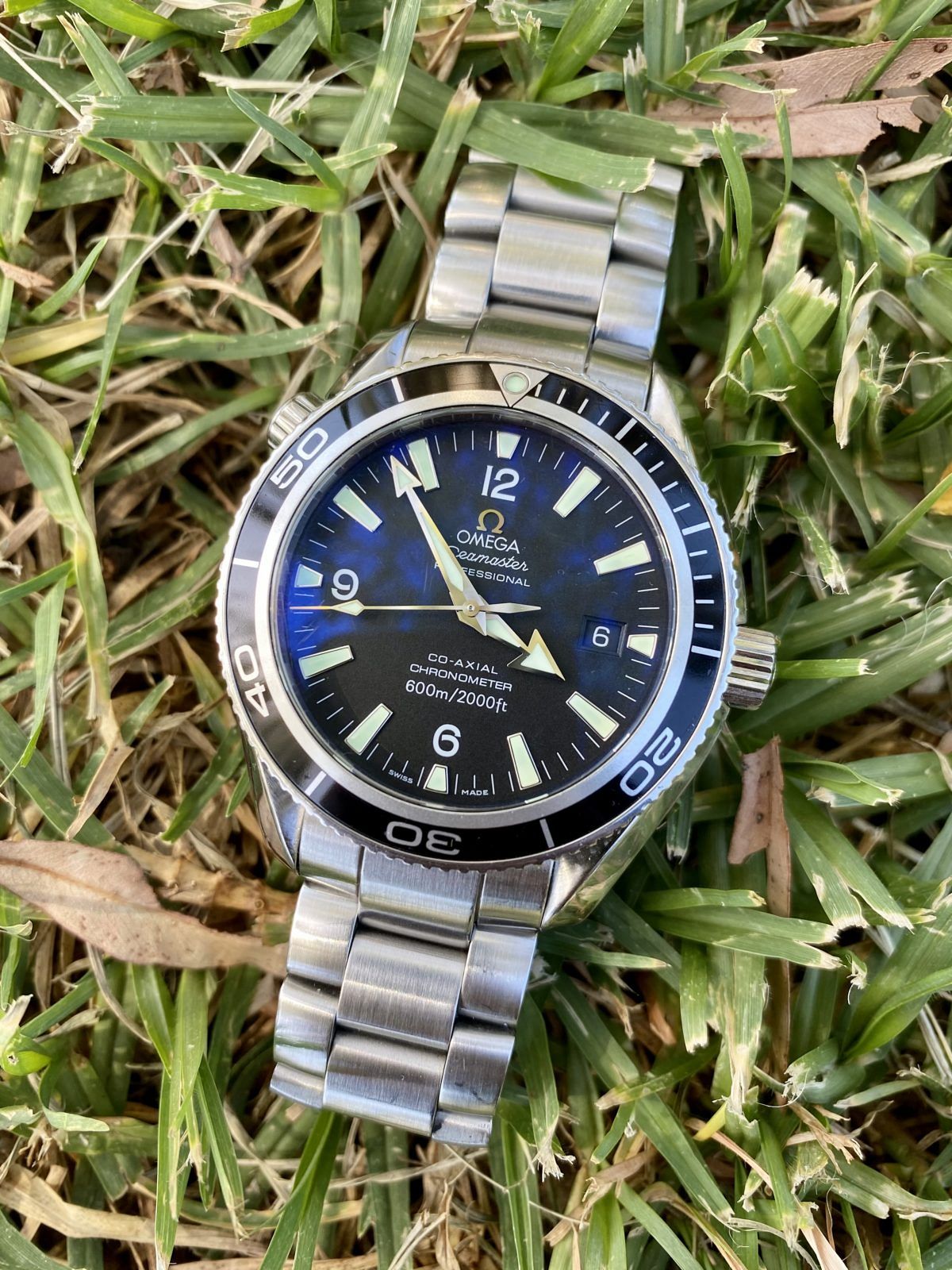 I used to consider myself a one-watch person when I first found and restored my great-grandfather’s Omega Seamaster from 1958, a nice round 50 years before the Planet Ocean. But as much as I love that watch, I grew increasingly uneasy about wearing an heirloom vintage watch out and about, fearing that it would get scratched around as I work with live music in Victoria’s grungiest pubs. So, with James Bond and Chris Cornell blaring in my mind, I found a second-hand 42mm Seamaster Planet Ocean ref. 2500.50.00 from 2008 and bargained it down to the $3000AUD that I could afford at the time. I didn’t know too much about watches then, so I was lucky that the compact lyre-lugs enabled the relatively chunky watch to feel comfortable on my 17cm wrist. 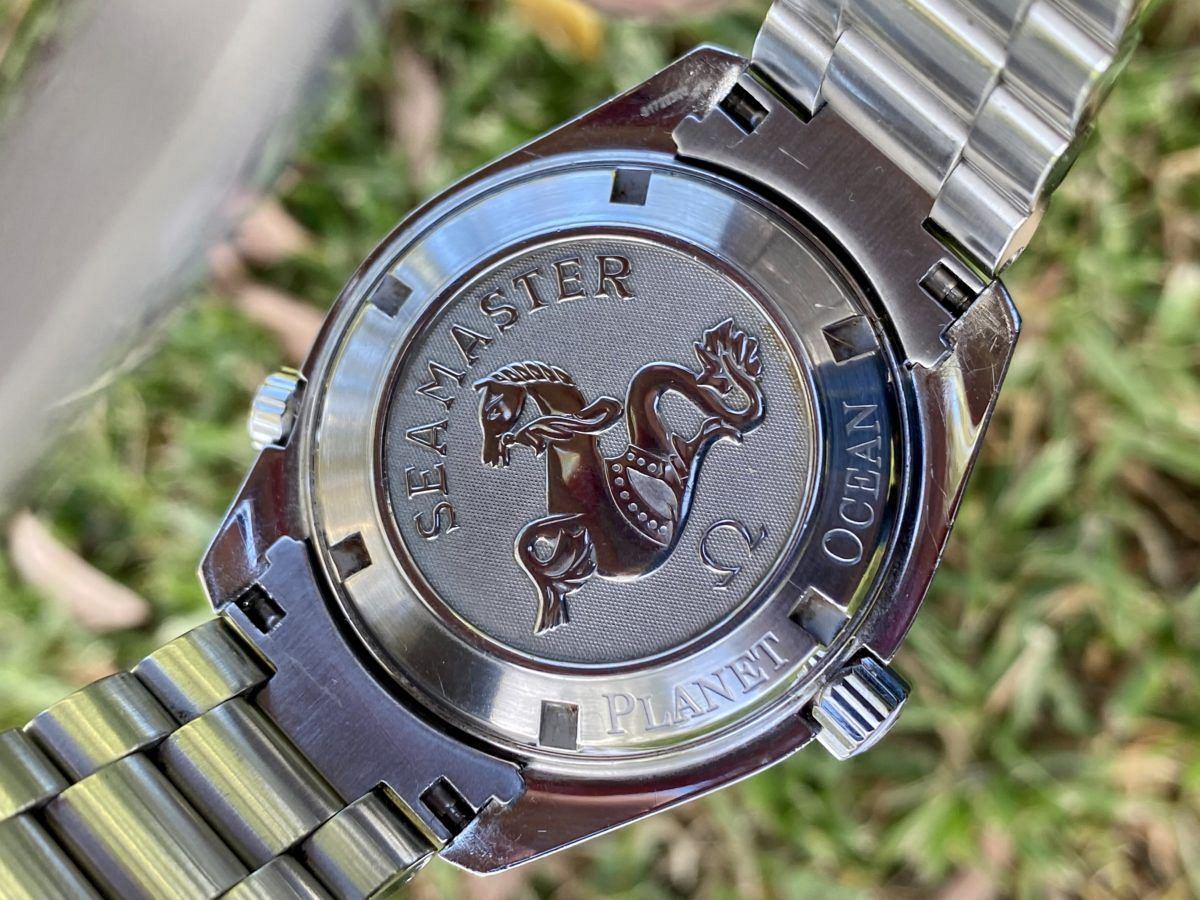 Since then, the Planet Ocean is the watch I reach for whenever I don’t have a particular style in mind. I take it to the office, the beach, the mountains, pubs, whatever. It just works. Though it pre-dates Omega’s in-house movement revolution, the ETA-base calibre 2500C functions beautifully and has the smoothest operating feel out of any watch I’ve ever owned. Plus, being a fan of the heritage Seamasters, I vastly prefer the sculpted Hippocampus on the caseback instead of the sapphire window. 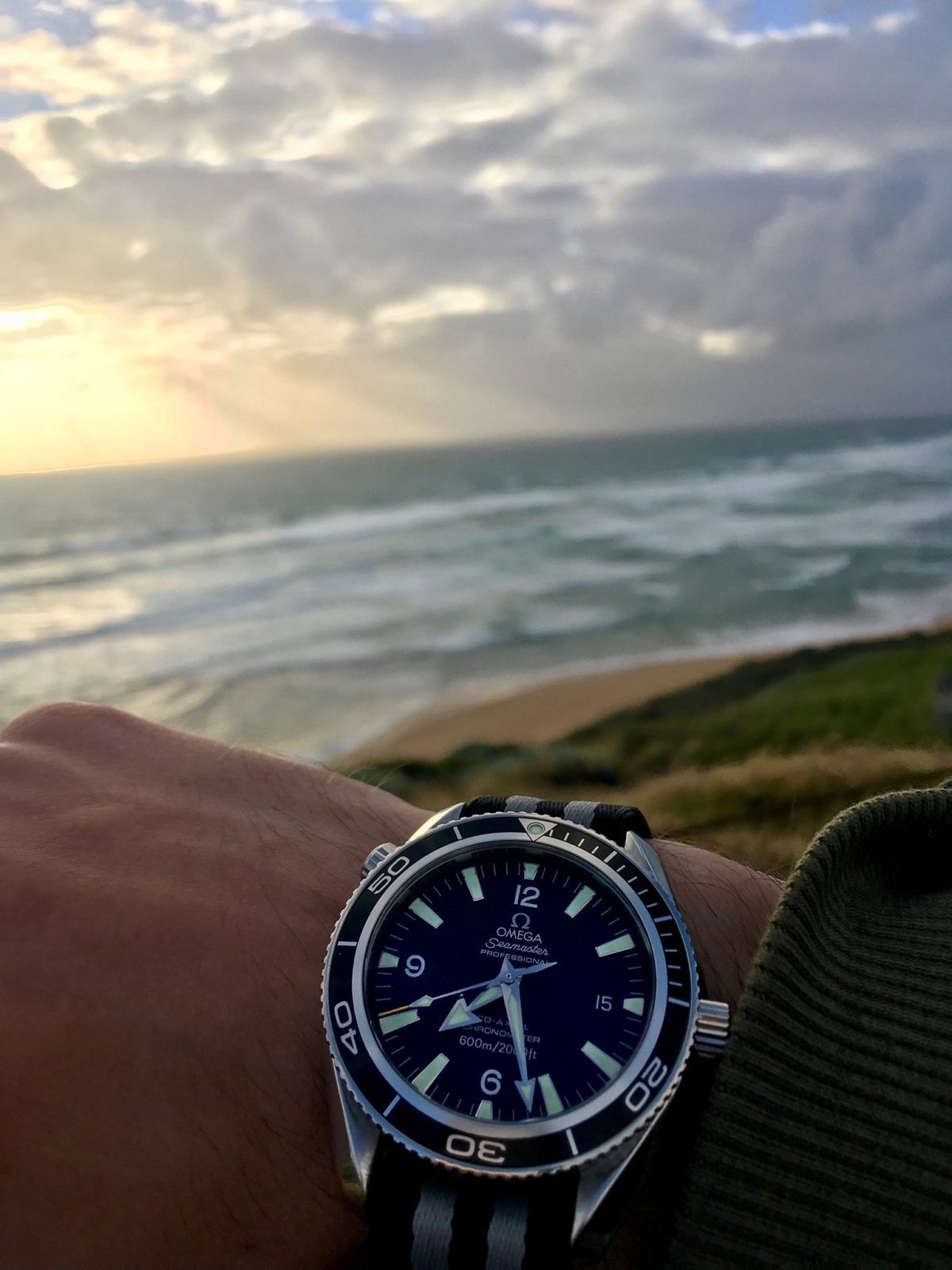 Approaching 13 years of age, the luminous paint is still incredibly vibrant, rivalling that of my modern Seiko Turtle with the fan-favourite LumiBrite. It’s got plenty of scratches, mostly from my own use, and while the sapphire crystal isn’t damaged, the infamous exterior anti-reflective coating has taken a good beating. It’s currently running at +6 seconds per day, and may be soon due for a service, although I struggle to bear the thought of being without it for any length of time. While I do get some satisfaction from its resale value increasing from the day I bought it, this watch definitely falls into the “I’ll sell it over my dead body” category of my collection. Although my roster has expanded by a few watches over the past 12 months, I have no doubt that this will be my most worn watch in 2021 as well.