Fun fact: TAG Heuer is the largest Swiss producer of tourbillons. It’s a statement that if made a decade ago would have emitted oh-so-Swiss snickers of disbelief in the rarefied halls of Baselworld or SIHH. Tourbillons, according to the narrative, are the epitome of hand-crafting — tiny components that take precious hours to intricately assemble. But here we are in 2019, and TAG Heuer has upset the applecart with its CNC-produced tourbillon, which offers the same visceral, whirling coolness at a price that — while still clocking in at five figures — is, what market analysts would say, aggressively competitive. And while the Heuer 02T tourbillon has been around for a while now, the newest darling is the very impressive Nanograph, which serves as a heroic standard-bearer for TAG Heuer’s carbon alternative to silicon technology. Watch on to check out our picks of the current collection. 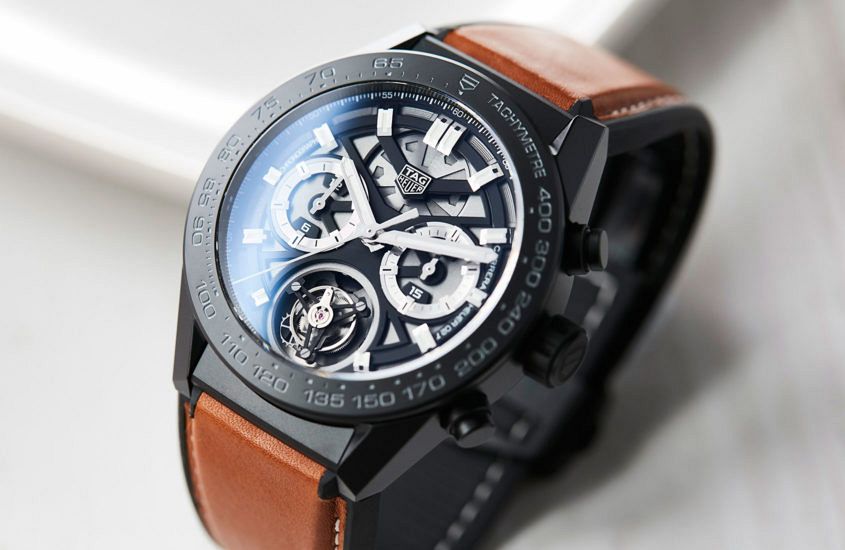 Pairing black steel and matt ceramic, this TAG Heuer tourbillon offers all the hi-tech you could want, with a pleasingly warm brown calf strap. RRP $22,050 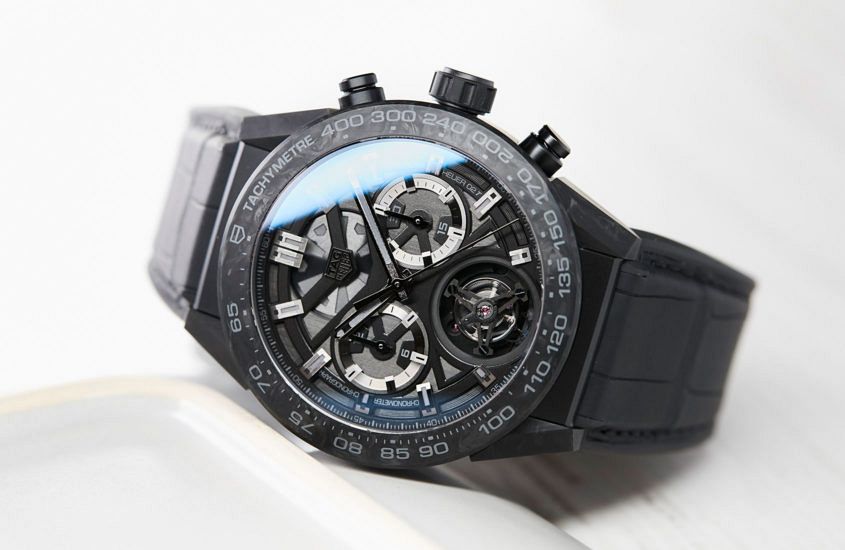 If you want even less weight and more futuristic-ness, how about a Heuer 02T clad in black titanium and carbon fibre? Light, sporty and very, very cool. RRP $28,250 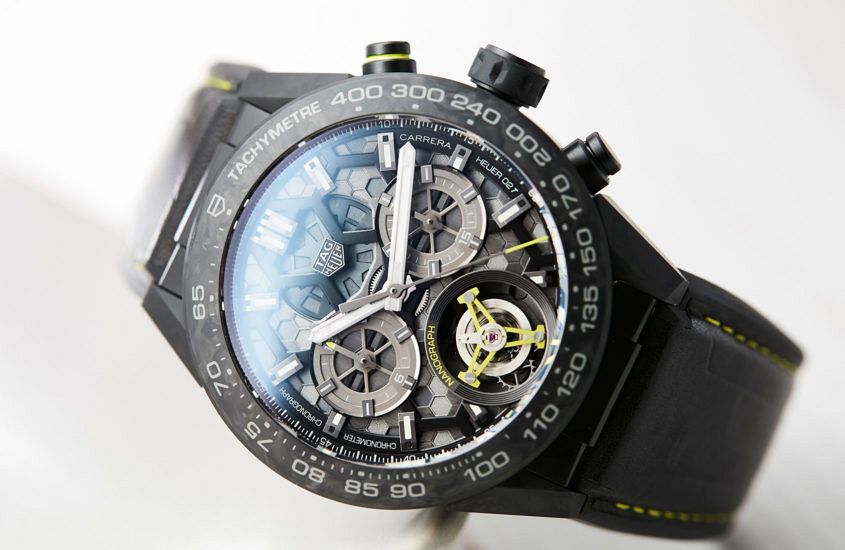 And finally, the pièce de résistance. Cool hexagonal dial structure, popping yellow highlights and some serious science in the escapement … there’s a whole lot of awesome going on in this Nanograph. RRP $33,540