It may have been made to celebrate an event that, like everything else this year, has been cancelled, but that hasn’t stopped TAG Heuer from unveiling a new, high-octane variant of its iconic moniker – the TAG Heuer Monaco Grand Prix de Monaco Historique Limited Edition. 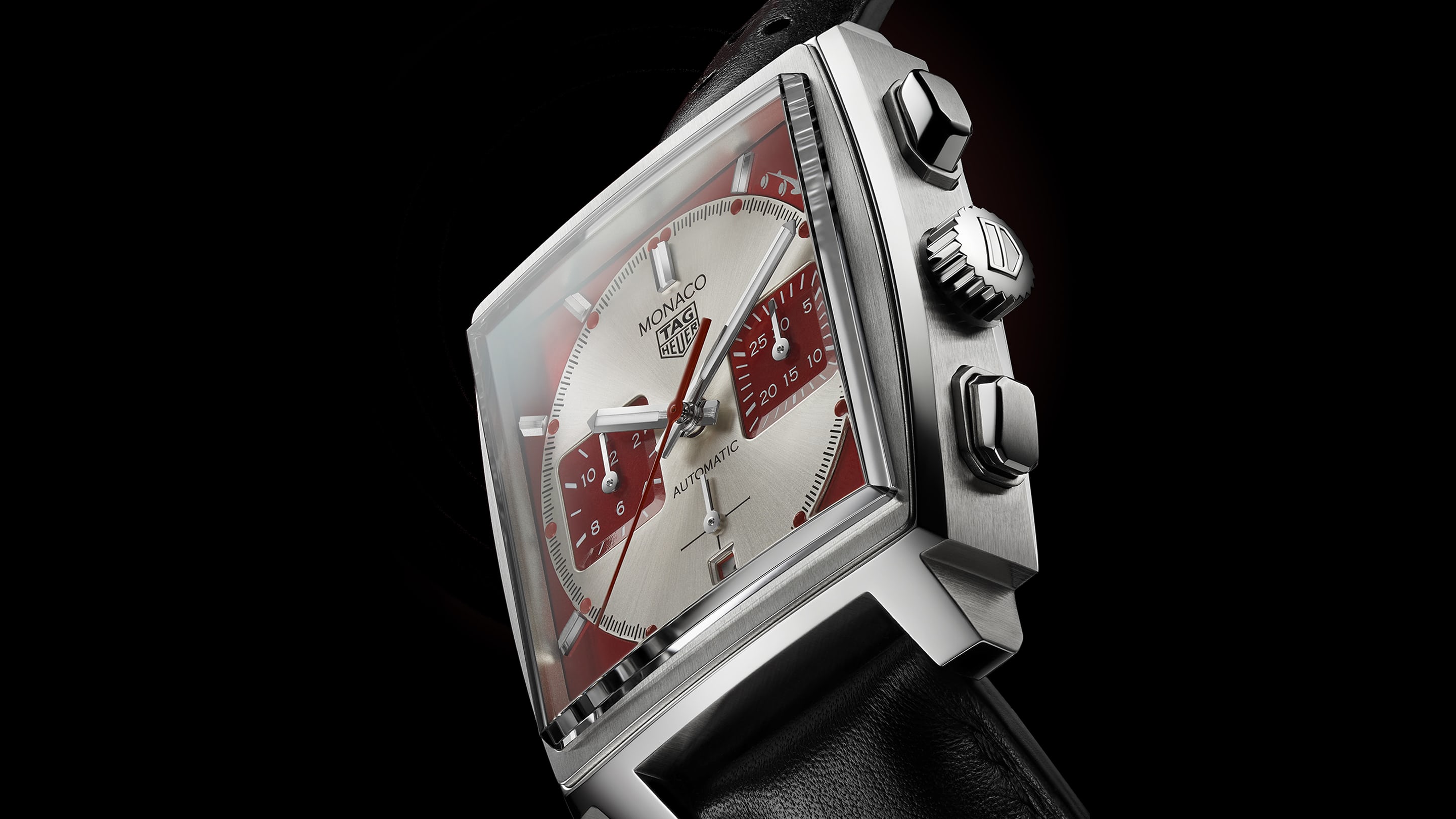 Mouthful of a name aside, this latest iteration of the squared-off icon has been made, rather obviously, to celebrate the wonderful Monaco Grand Prix de Monaco Historique, which TAG Heuer is the official timekeeper for. The motorsport event is a stunning two-day spectacle that sees historic race cars from yesteryear being belted around the fabled circuit at indecent speeds. It was set to be held May 8 to 10 … but it’s since been black flagged due to COVID-19, which is such a shame.

Regardless, the timepiece itself appears to be a very good-looking iteration of the legendary namesake, so let’s take a closer look.

The biggest talking point of the new watch, by far, is the motorsport-inspired red and white dial, which aims to pay homage to some of the most iconic race car liveries ever to grace the seaside principality’s famed street circuit. 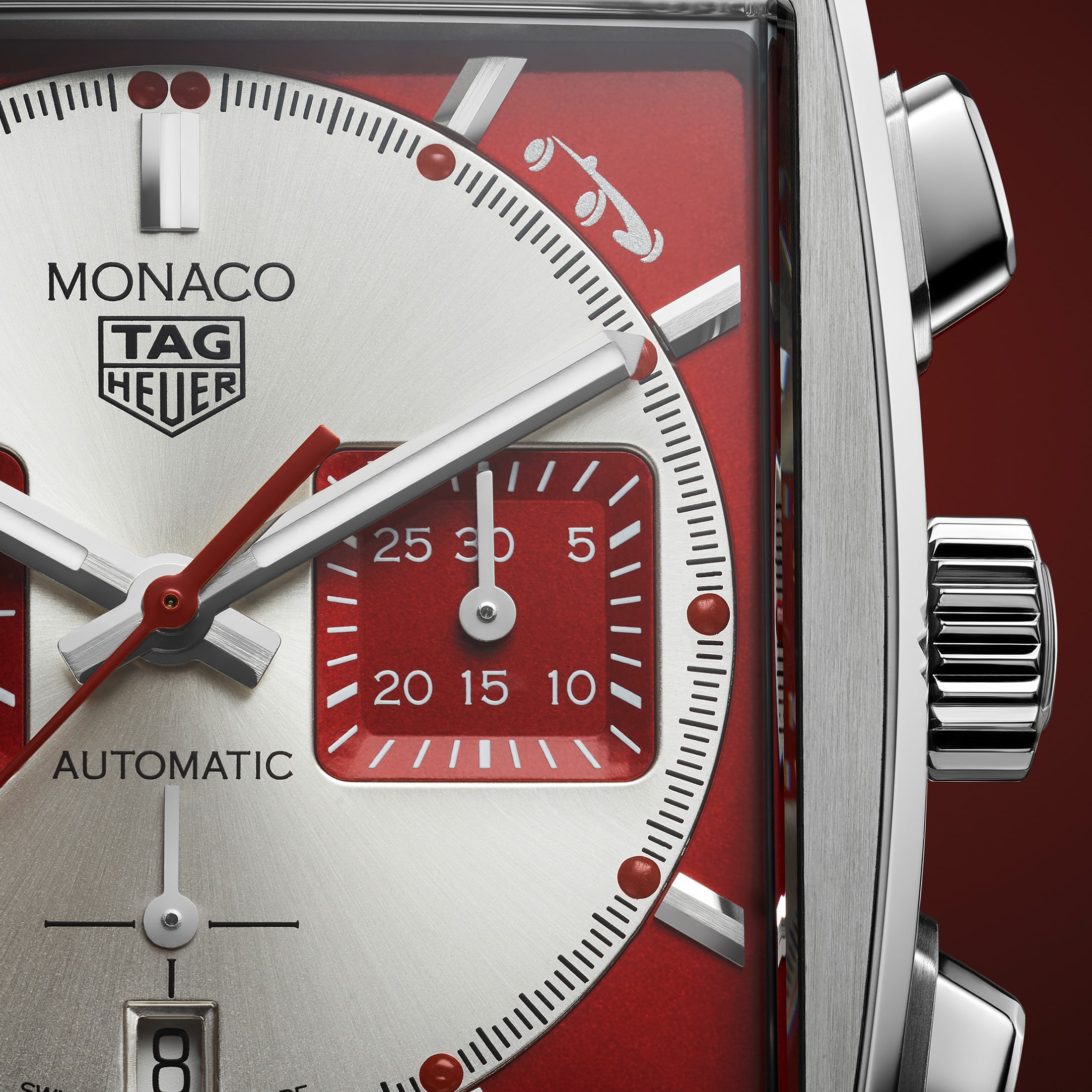 It’s a very cleverly designed dial – one that has quite a lot going on, but never feels cluttered or overly fussy. Its radially grained centre is finished in a silvery white sunburst metallic and contrasted with red, granular sub-counters, which display a 12-hour totaliser at nine o’clock and a 30-minute totaliser at three o’clock. The angular edges of the dial have been filled out with this same granular red finishing, and the overall juxtaposition makes this one of the nicest-looking Monacos we’ve seen to date. We’re also big fans of the simple, deco-esque race car motif, located between one and two o’clock. 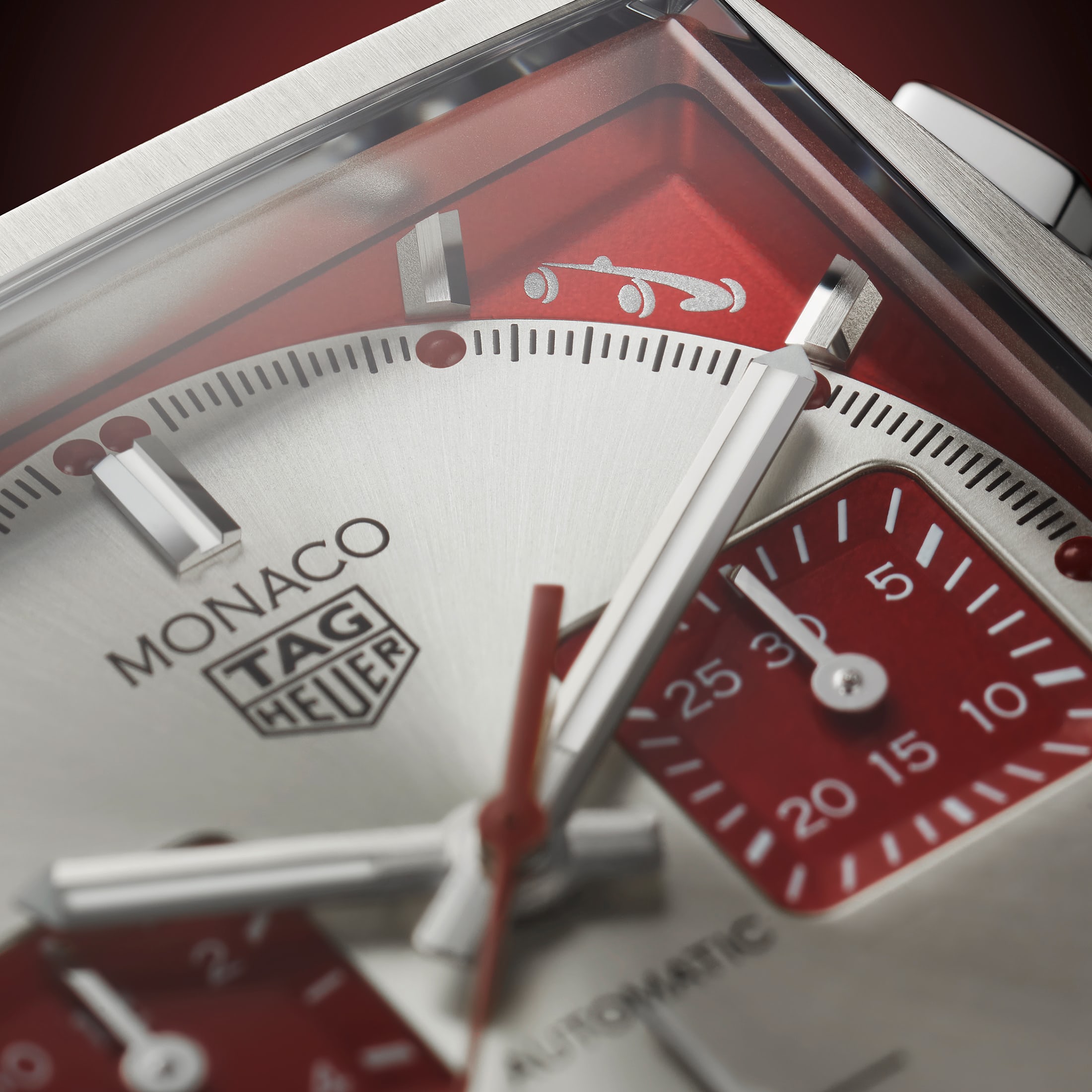 Powering the pole-sitting stunner is TAG Heuer’s manufacture Calibre 02 movement. This self-winding workhorse offers up a column-wheel chronograph complication, 33 jewels, an operating frequency of 28,800 (4Hz) vph and a very healthy 80 hours of power reserve. Owners can also view the nicely decorated movement, thanks to a sapphire crystal caseback. 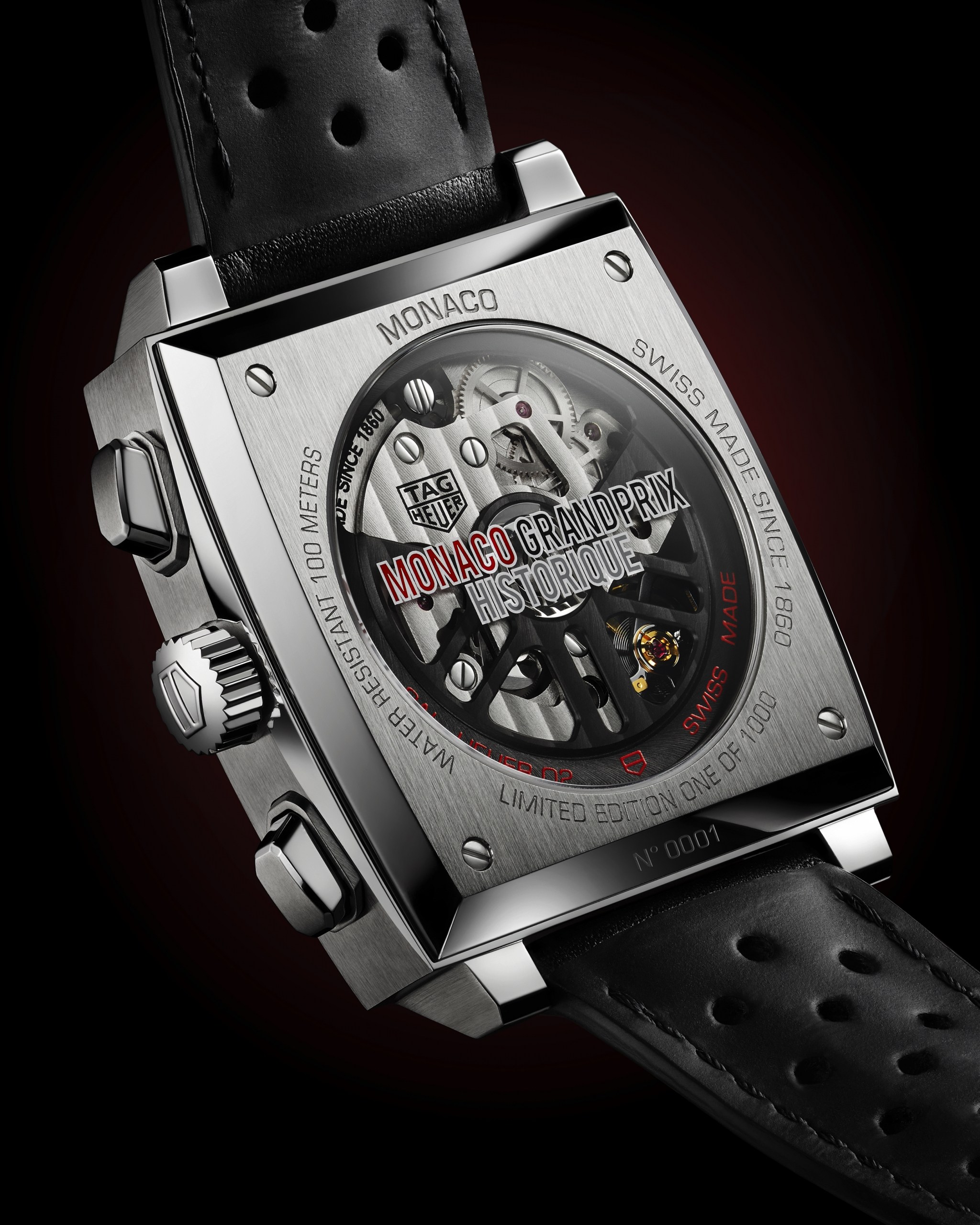 Dimensions of the stainless steel case remain unchanged from the regular TAG Heuer Monaco 02. That means 39mm across and a not inconsequential 16mm thick. The girth is, in part, down to the in-house movement, but it’s also not helped by the sapphire crystal sitting proud of the steel case by a couple of millimetres. It may well fit under flame-retardant racing overalls, but this watch is never going to slide under a French cuff. 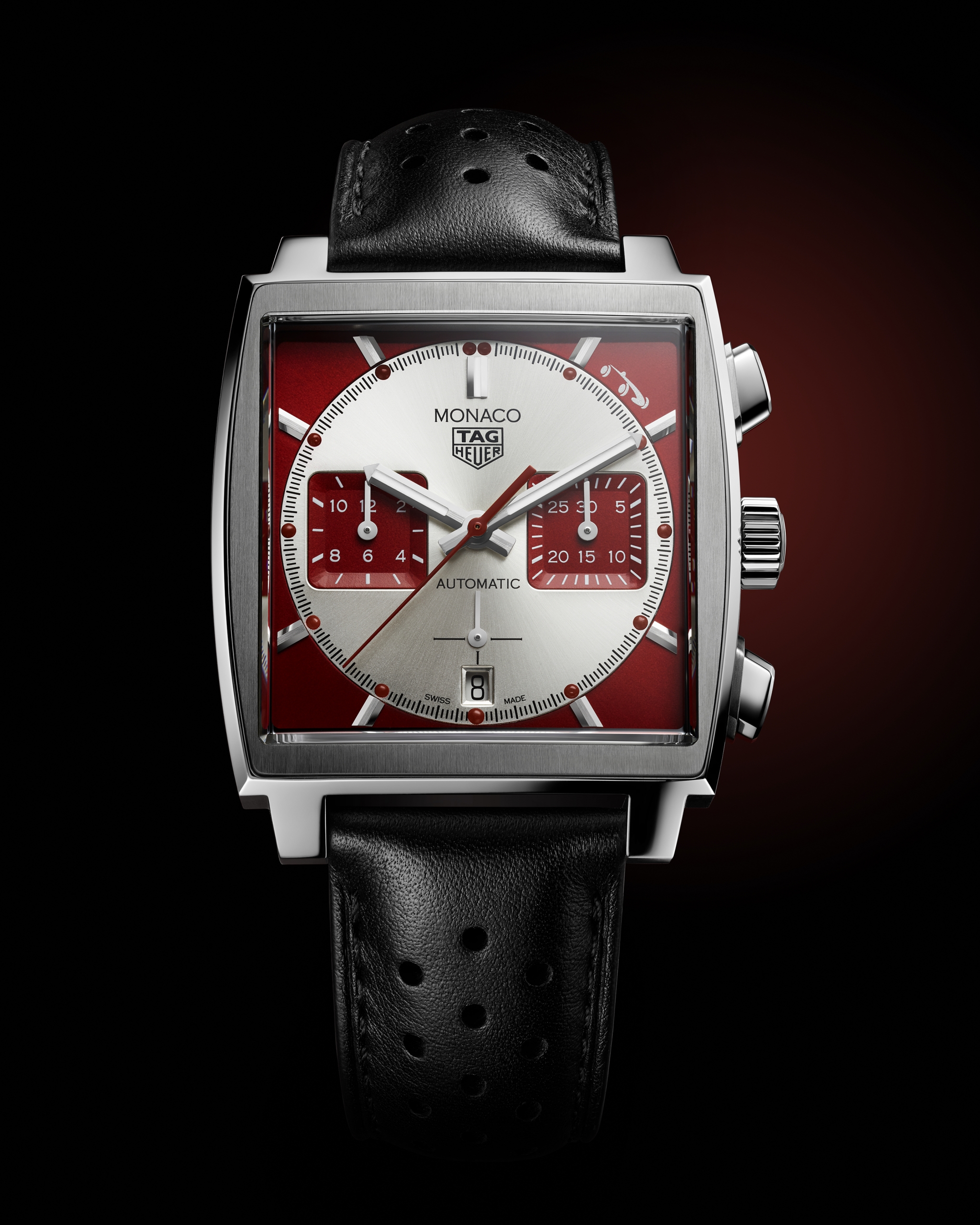 The limited edition chrono is paired with a black perforated leather band that utilises an engraved stainless steel deployant clasp. It’s a nice way to interact with the watch when fastening it to your wrist, but, as we found out when we went HANDS-ON with the regular 02, the deployant clasp does have some sharp edges … so be careful. 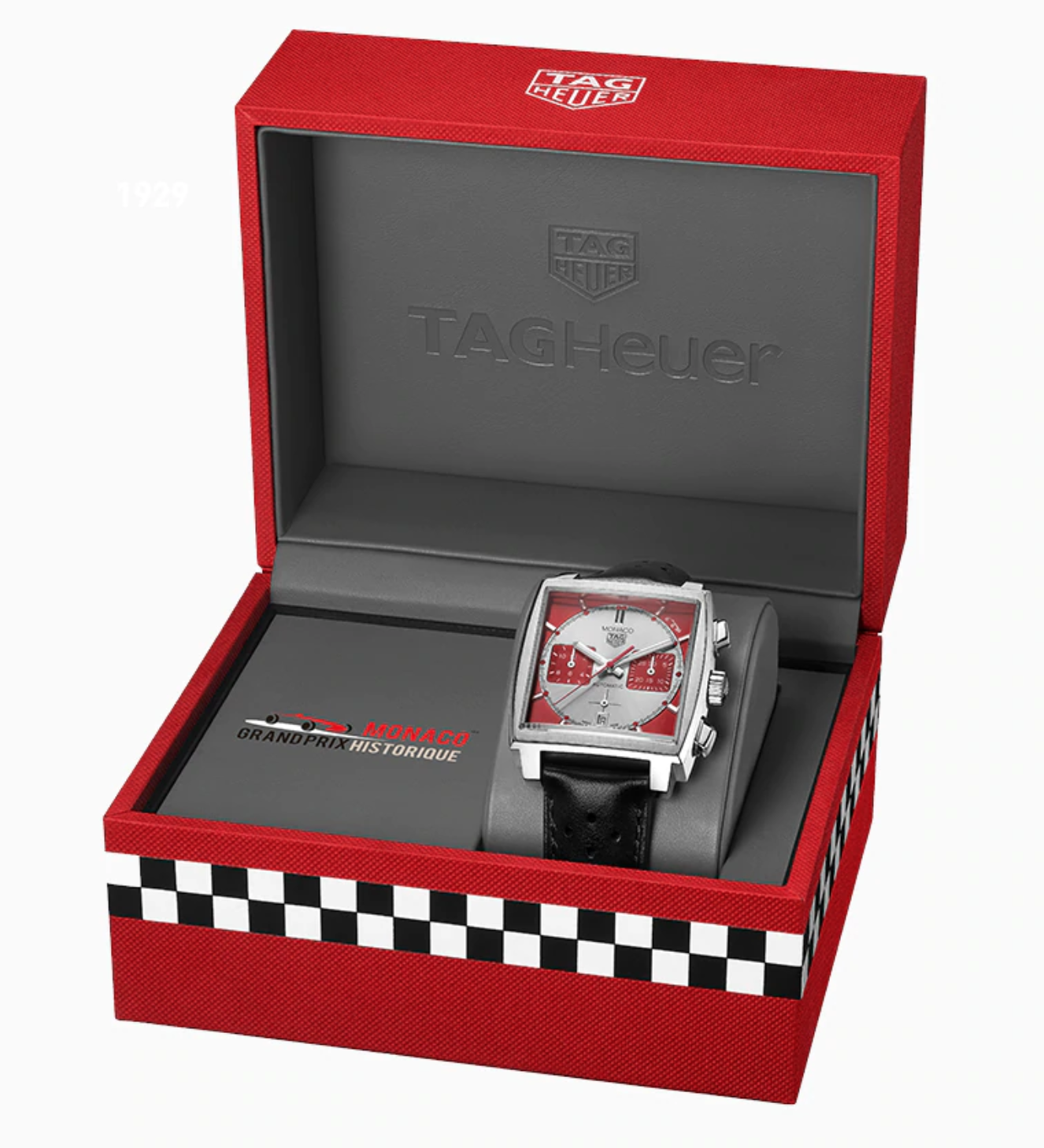 Just 1000 examples of this Monaco will be produced, with an RRP of CHF 6700. If you like the look of it, you can register your interest at TAG Heuer’s website. Watches that are made to celebrate race car events can come across as a nasty marketing exercise, but this Monaco doesn’t; it’s taken the top step of our podium, and we can’t wait to see it in the metal.