TAG Heuer has just unveiled the all-new Monaco 02, and it’s a big deal because it’s the first Monaco in the storied watch’s 50-year history to utilise a completely in-house movement.

As a result, the Swiss watchmaker is kissing goodbye to the old Sellita SW300-based Calibre 12 movement, which has been a stalwart of the Monaco for quite some time.

However, the Calibre 12 has been a true workhorse of a movement, and TAG is keen to give the automatic movement the send-off it deserves.

Which brings us to this, the limited TAG Heuer Monaco Calibre 12 Final Edition. 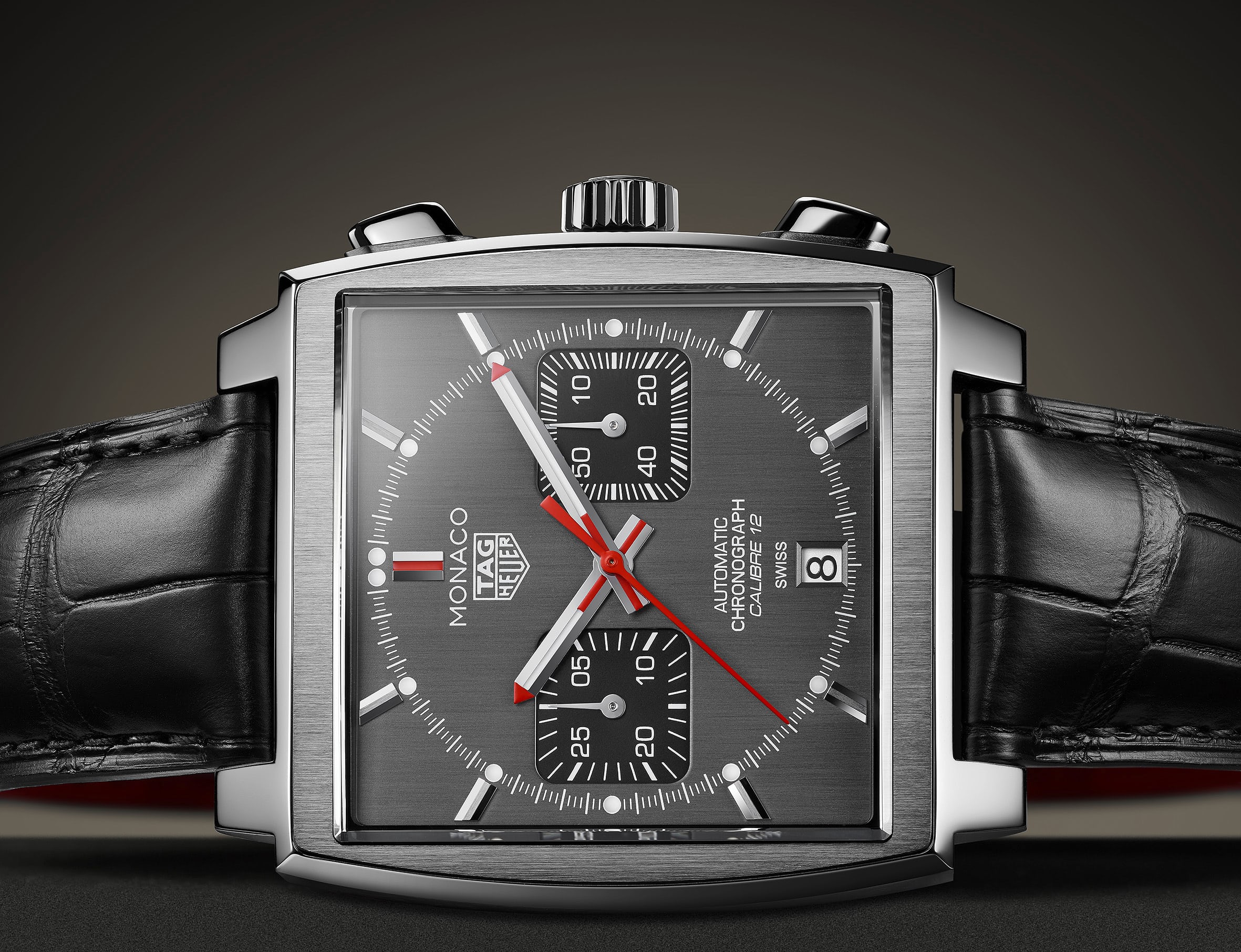 Limited to 1000 pieces, the Final Edition is a particularly good-looking example of the Monaco breed, thanks in no small part to the gorgeous aesthetic that the dial presents.

It’s hewn from something called Ruthenium, chemical symbol Ru and atomic number 44 (for all you chemistry boffins out there), and it sits in the platinum group on the periodic table. 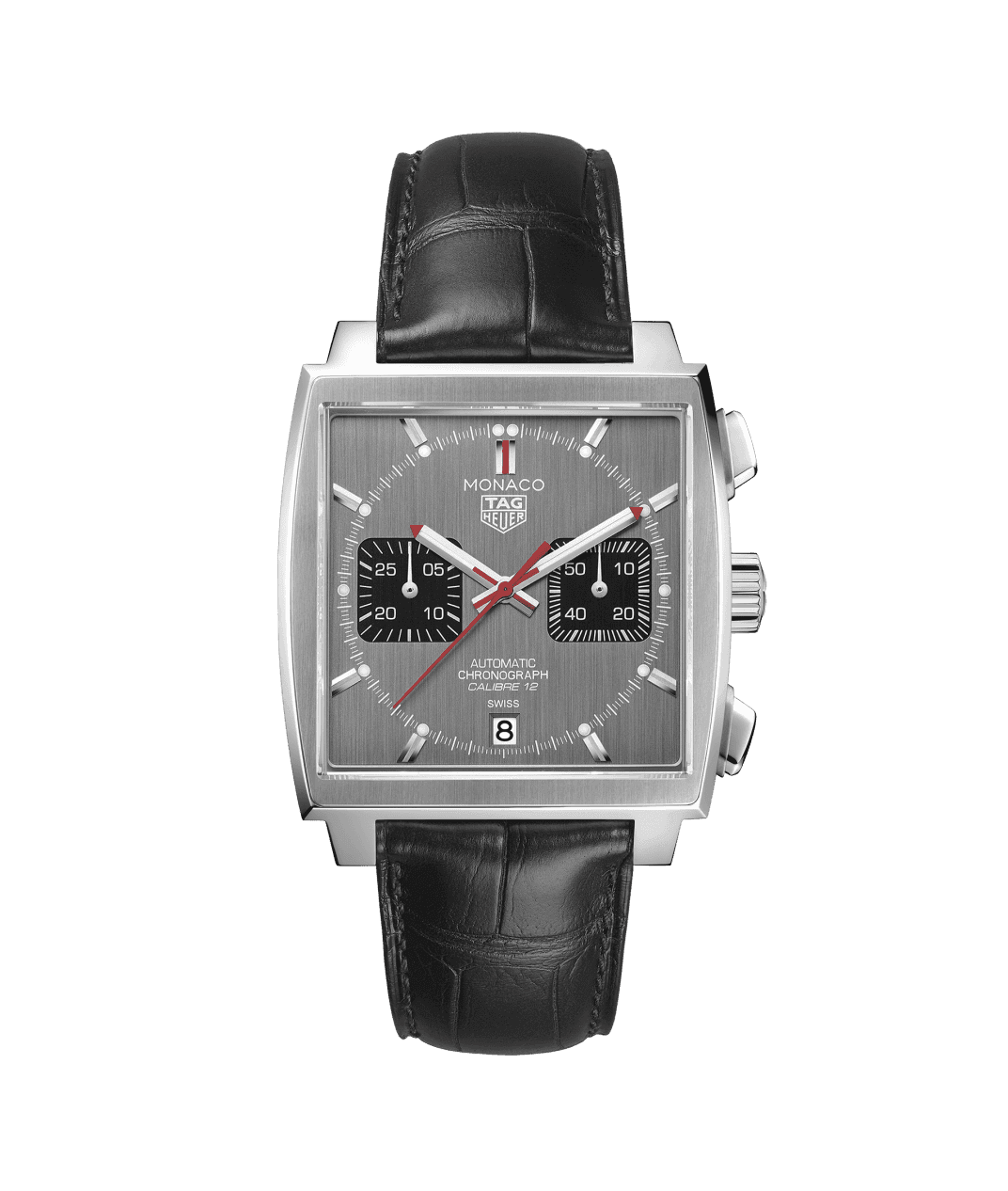 It is a handsome metal to behold and, according to TAG, the metal presents real iridescent quality that changes hews as it catches the light.

Brush finished, the steely dial is complemented by a white chapter ring, black sub-dials at nine and three o’clock, and striking hints of red that can be found on the hour, minute and second hands as well as the 12 o’clock marker. 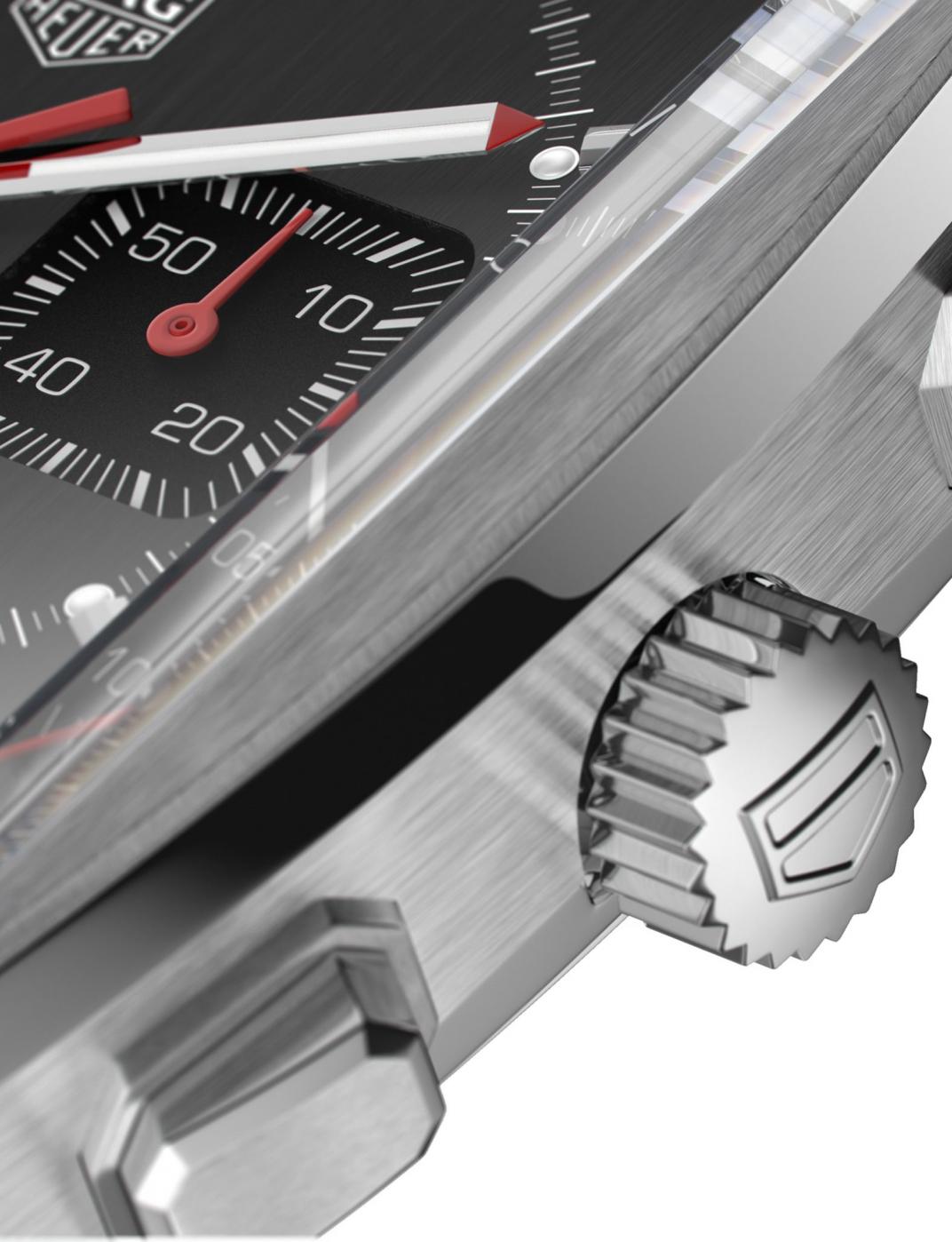 The stainless steel case of the Monaco sticks to the tried and true formula 39mm x 39mm dimensions and, being a Calibre 12 as opposed to something like a Calibre 11 Monaco, both the crown and chronograph pushers are located on the right-hand side of the quintessentially angular case. 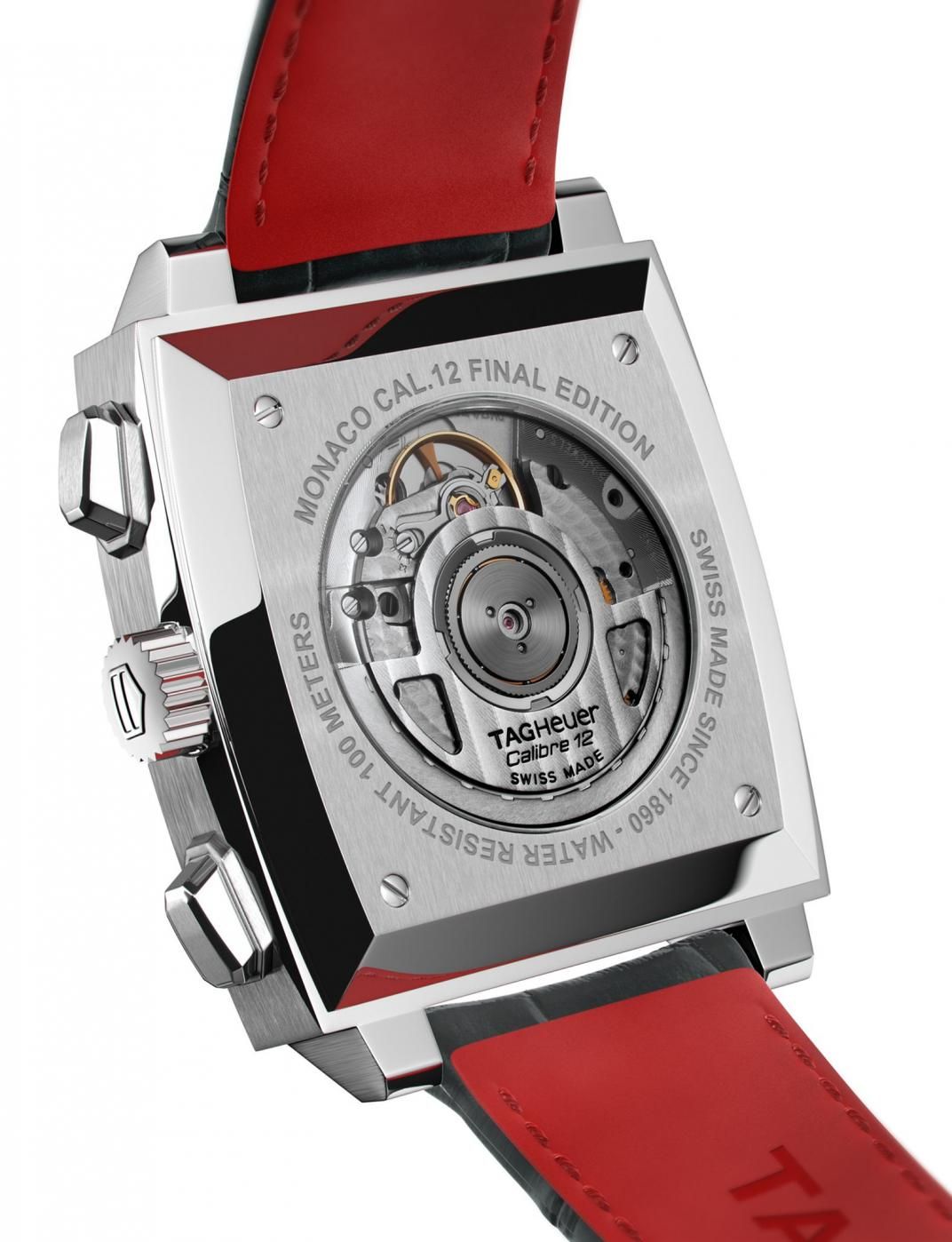 The case back of the Monaco Calibre 12 Final Edition is also finished in stainless steel and, in addition to a circular sapphire crystal window that lets owners gaze at the now rarefied movement, it’s also worth noting that each of the limited edition Monacos will be engraved with their individual number. 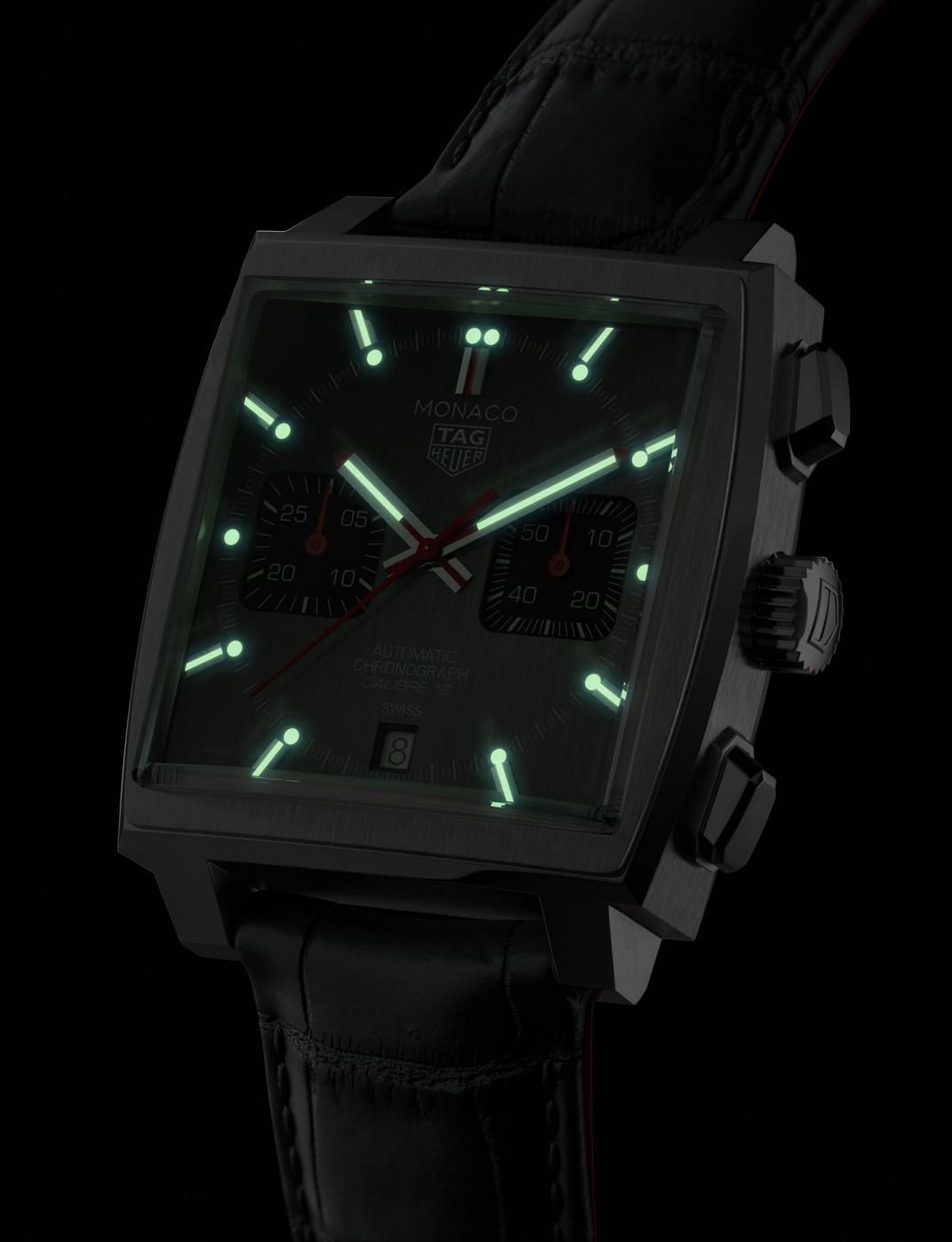 The TAG Heuer Monaco Calibre 12 Final Edition has a recommended retail price in Australia of $8200, and if you’ve been looking for an excuse to get a Monaco on your wrist, the limited nature of this watch could be the perfect reason.