As we found out at the Monaco Grand Prix, TAG Heuer is celebrating the 50th birthday of the genuinely iconic Monaco with five limited editions, one for each decade of its life. The second instalment has just been announced in Le Mans, a tribute to the 1971 film of the same name, a film responsible for some enduring (and genuinely iconic) images of the Monaco on the wrist of the one and only Steve McQueen. 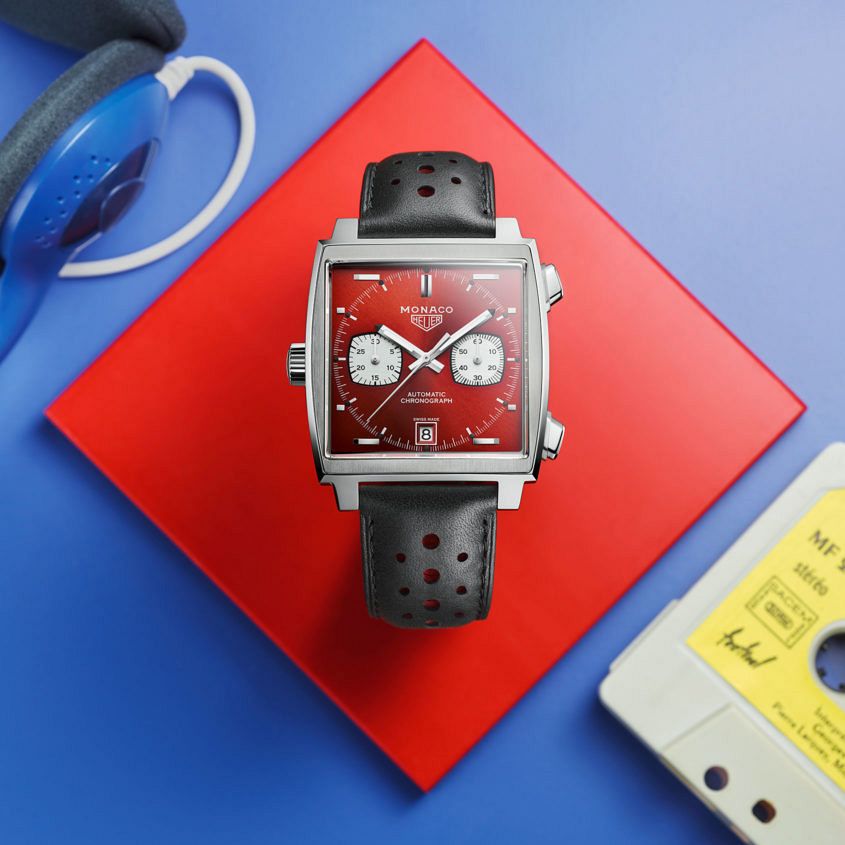 The colourway for the first edition was muted: earthy brown and dark green. This Monaco 1979 – 1989 is a polar opposite, in rich, vibrant red. The dial, with a sunburst finish, is — depending on your perspective — the red of rich French wine,  or the archetypal image of a race car. Regardless of the evocation, you cannot deny that this is a visually arresting watch, with the square steel case, rhodium-plated markers and that bright dial all packing a punch. The strap is black calf, with rally-style holes allowing for the occasional glimpse of the red lining. The watch is limited to 169 pieces and comes with a snazzy presentation box. 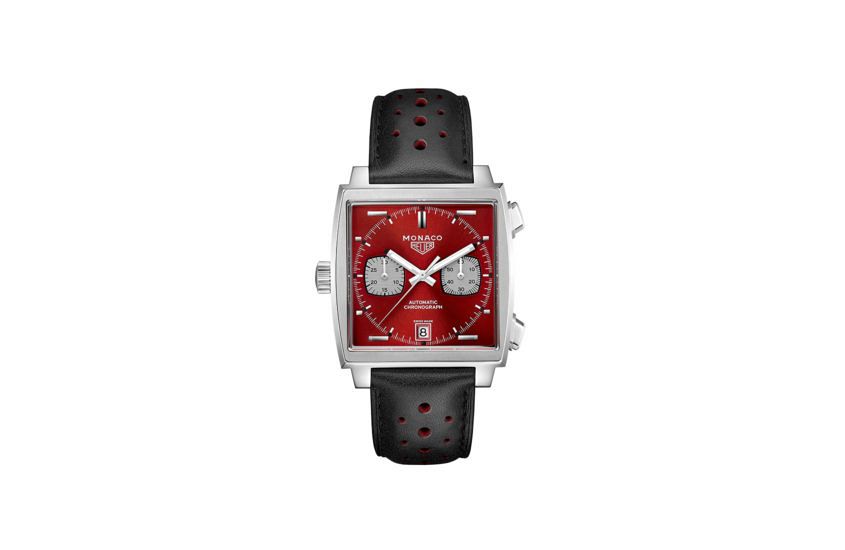