Who says the sequel can’t be as good as the original? TAG Heuer have just dropped their second collaborative timepiece with Japanese outfit Fragment Design, and it looks fresh to death. Consider it the Empire Strikes Back to equal, or even exceed Star Wars. This watch is an absolute masterclass in masculine minimalism that is more of a case of what’s been left out, than included. 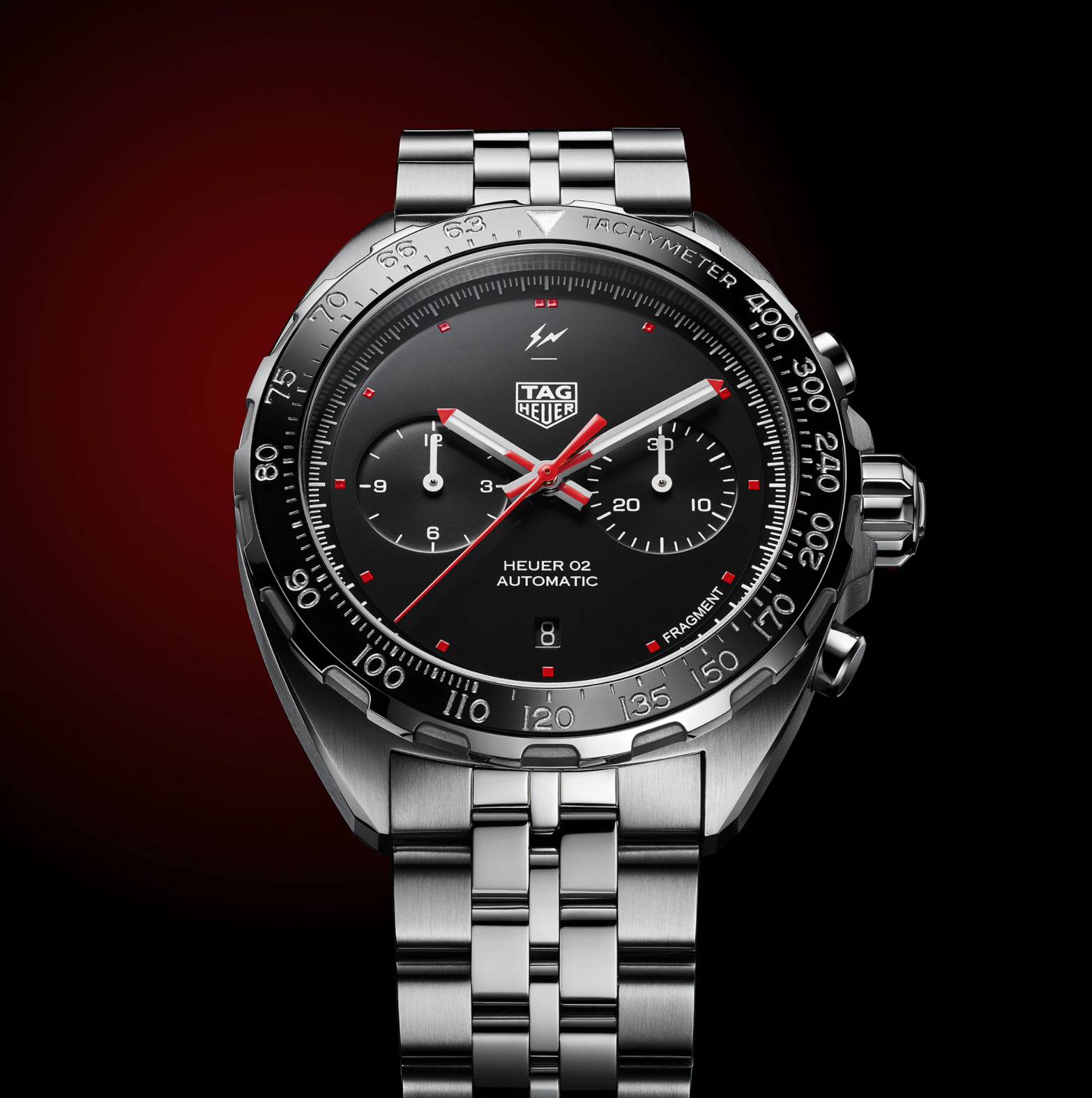 Called the TAG Heuer x Fragment Design Chronograph Limited Edition, the sporty timepiece is the brainchild of Fragment’s founder, Hiroshi Fujiwara. To say Fujiwara is a pioneer of design and culture in Japan is somewhat of an understatement – the man is largely credited with not only introducing his mother country to hip-hop, but he is also considered by many to be the godfather of Ura-Harajuku fashion. He also co-created perhaps the coolest TAG Heuer collaboration since the Hodinkee Skipper, the TAG Heuer Carrera Heuer 02 Fragment Limited Edition. Strongly recommend sound for this video too, put the headphones on… 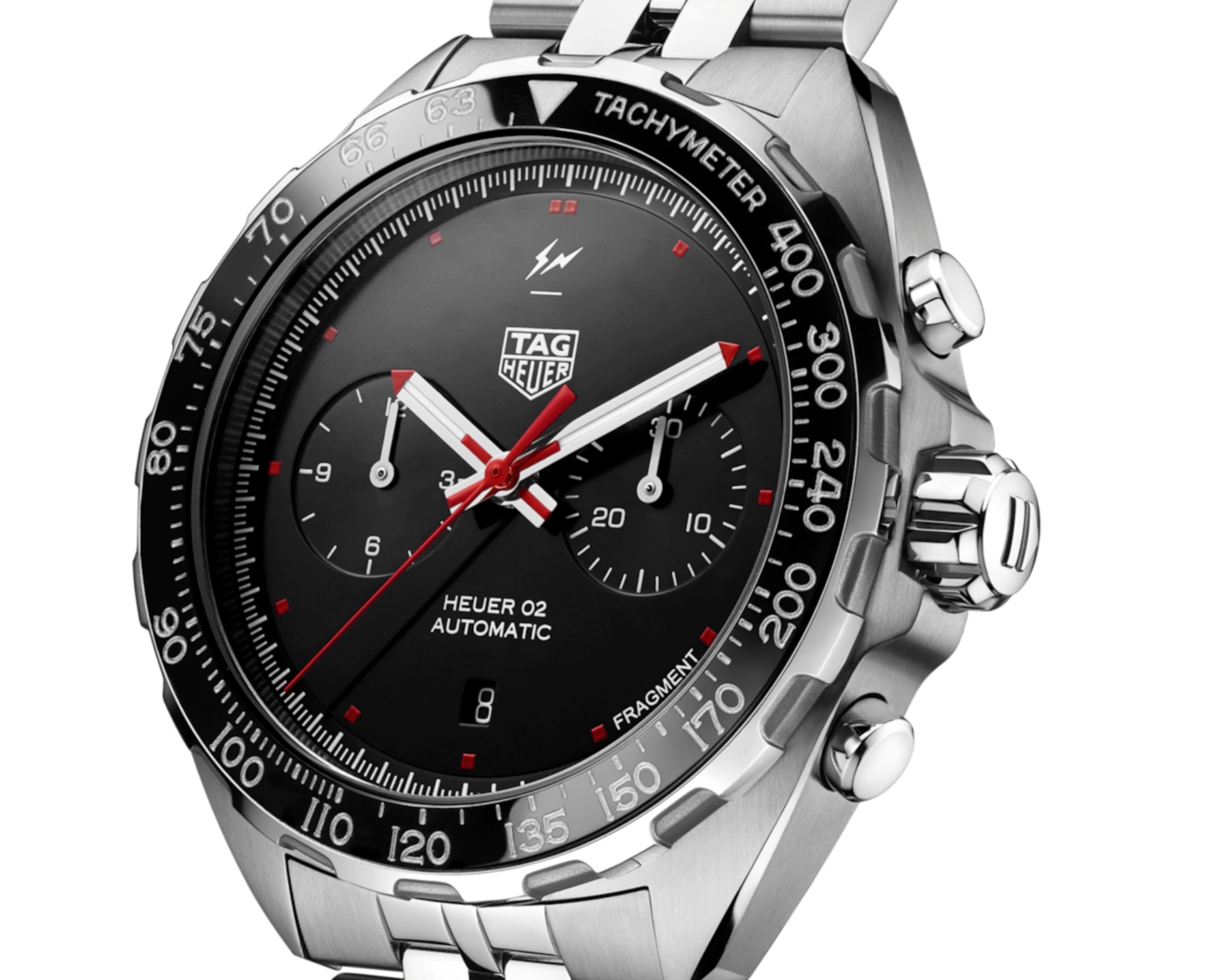 Based on a standard TAG Formula 1, the Fragment Design Chrono is meant to harken back to some of TAG’s most iconic, motorsport-inspired wristwatches of the ’60s and ’70s (think Autavia Jo Siffert or Viceroy) while also being a fresh, modern timepiece – neo-vintage, if you will. 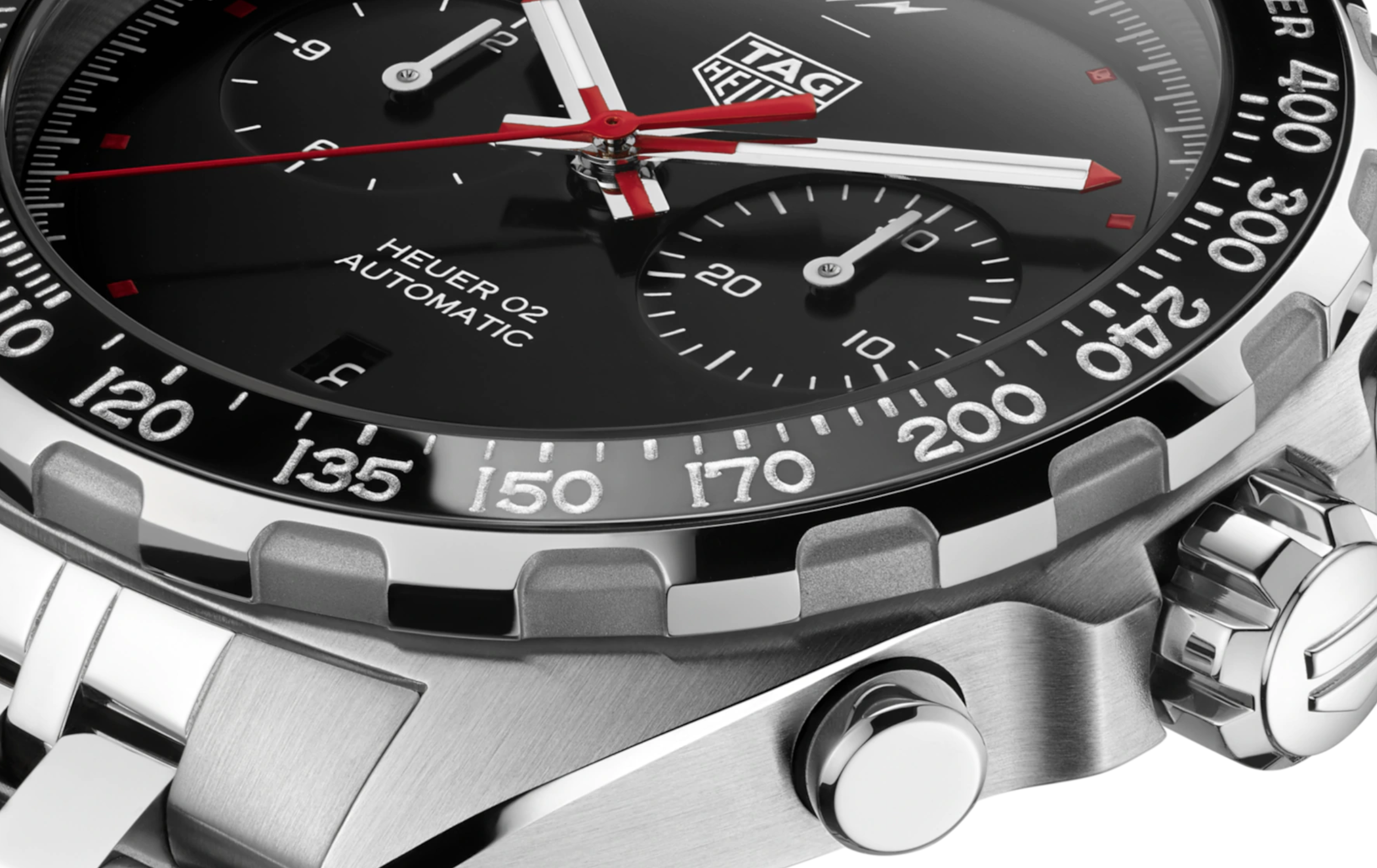 As such, while the stainless steel case’s curvaceous shape and style may look old school, its proportions – measuring in at 44mm across and roughly 16mm thick – certainly are meant for a man of the modern age. And although the steel bezel with black inlay, which features an engraved tachymeter scale, may look like painted aluminium, it’s actually scratch-resistant ceramic, further enhancing the old-world-meets-new ethos. 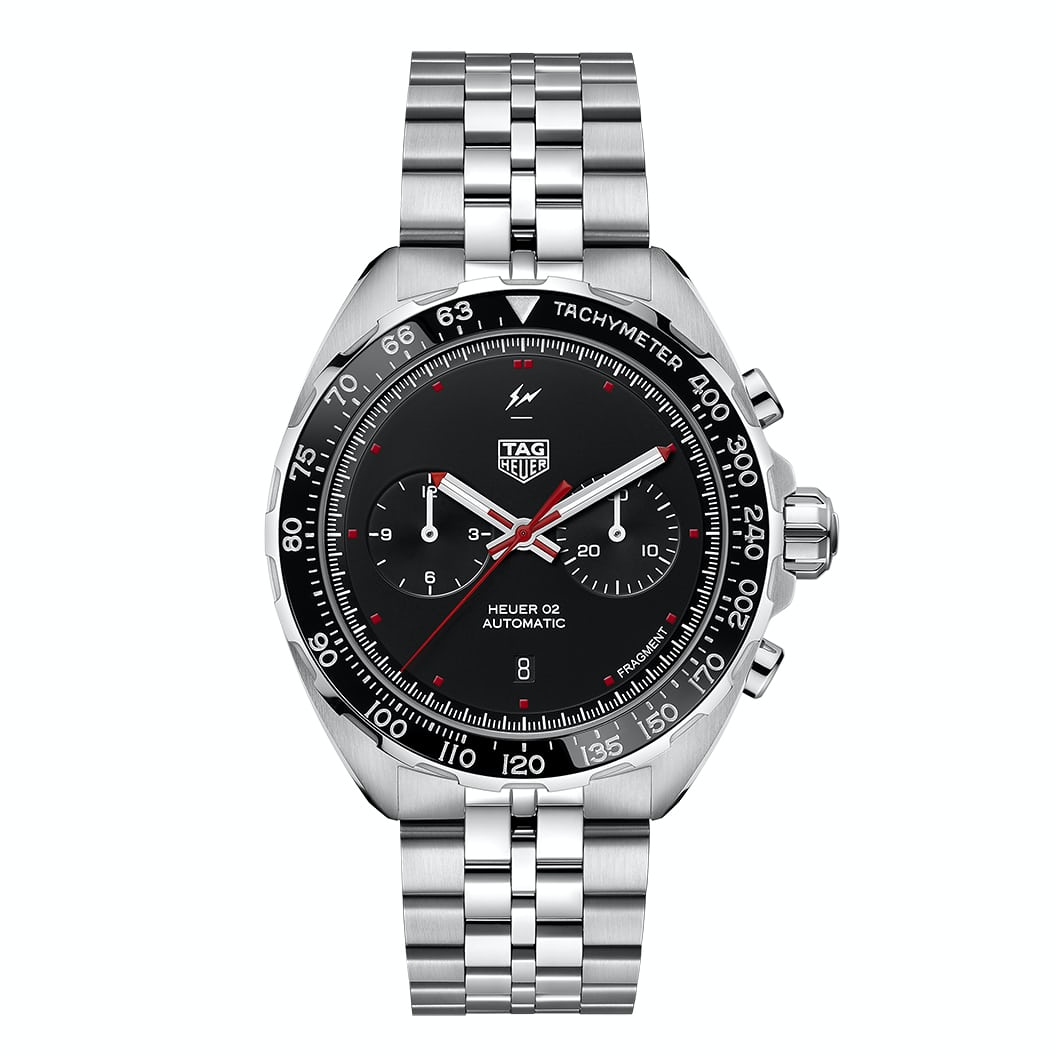 The styling is also decidedly contemporary compared to that of a vintage racer chrono. The glossy opaline black dial is minimalist and beautifully sparse, featuring a simple white minute track and diminutive block-like red indices along with the Fragment Design logo, which sits above the TAG motif, separated by a thin white line. Further splashes of red can be found on the tips and bases of the hour and minute hand, as well as the entirety of the seconds hand, which provides good contrast compared with the black background. The chronograph display is also quite surreptitious, with the two borderless sub-dials subtly recessing into the raven black dial. Rather interestingly, the bicompax design is unique among TAGs equipped with the Calibre Heuer 02, as the manufacture movement normally also displays a running seconds sub-dial. However, Fujiwara has done away with the feature in an effort to make this watch feel more minimalist … and to our eyes, he’s definitely achieved that. 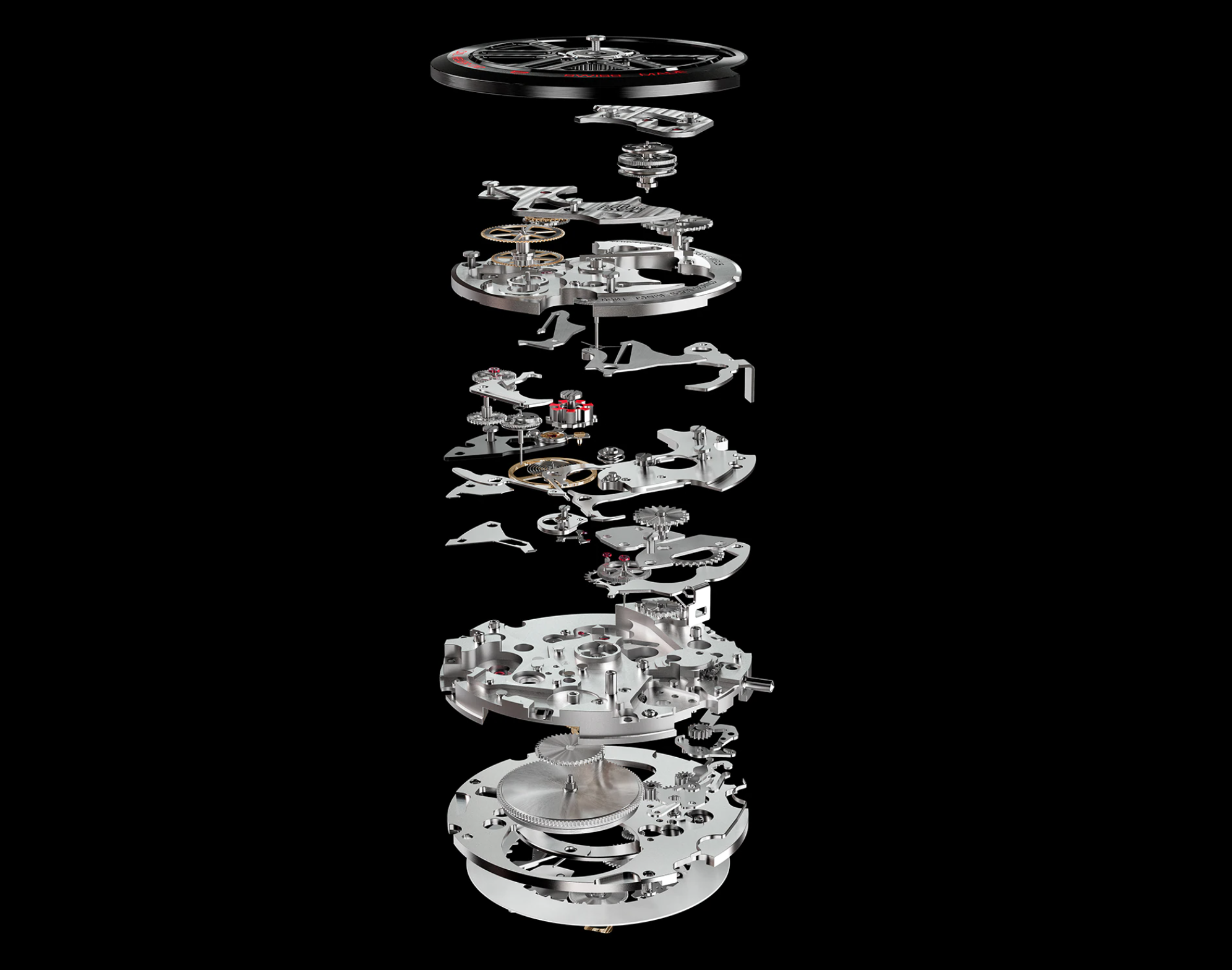 Speaking of the Calibre 02, while TAG may have chopped the useful running seconds display, the movement remains an accomplished piece of watchmaking, with the chronograph complication benefitting from both a column wheel and vertical clutch. Other features of the movement include a date complication, operating frequency of 28,800 (4Hz) vibrations per hour and an impressive 80 hours of power reserve. Lucky owners can also observe the technical calibre hard at work, thanks to the Fragment Design Chronograph featuring a red sapphire crystal caseback, which has also been printed with the Fragment logo. 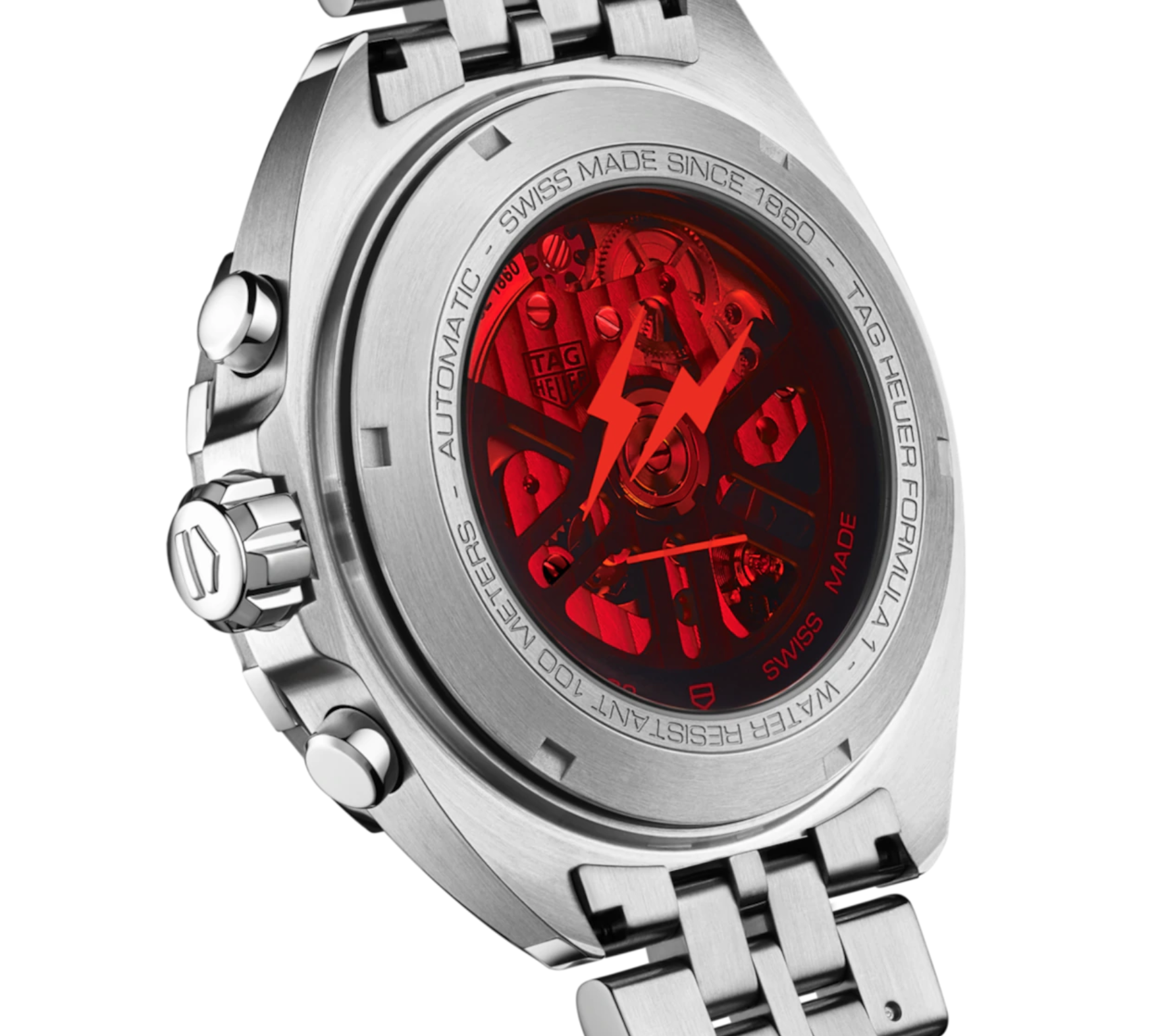 The steely sports watch has been fitted with a five-link tapered steel bracelet that features both brushed and polished elements. Owners can fasten this sweet-looking bracelet to their wrists via a push-button deployant clasp. 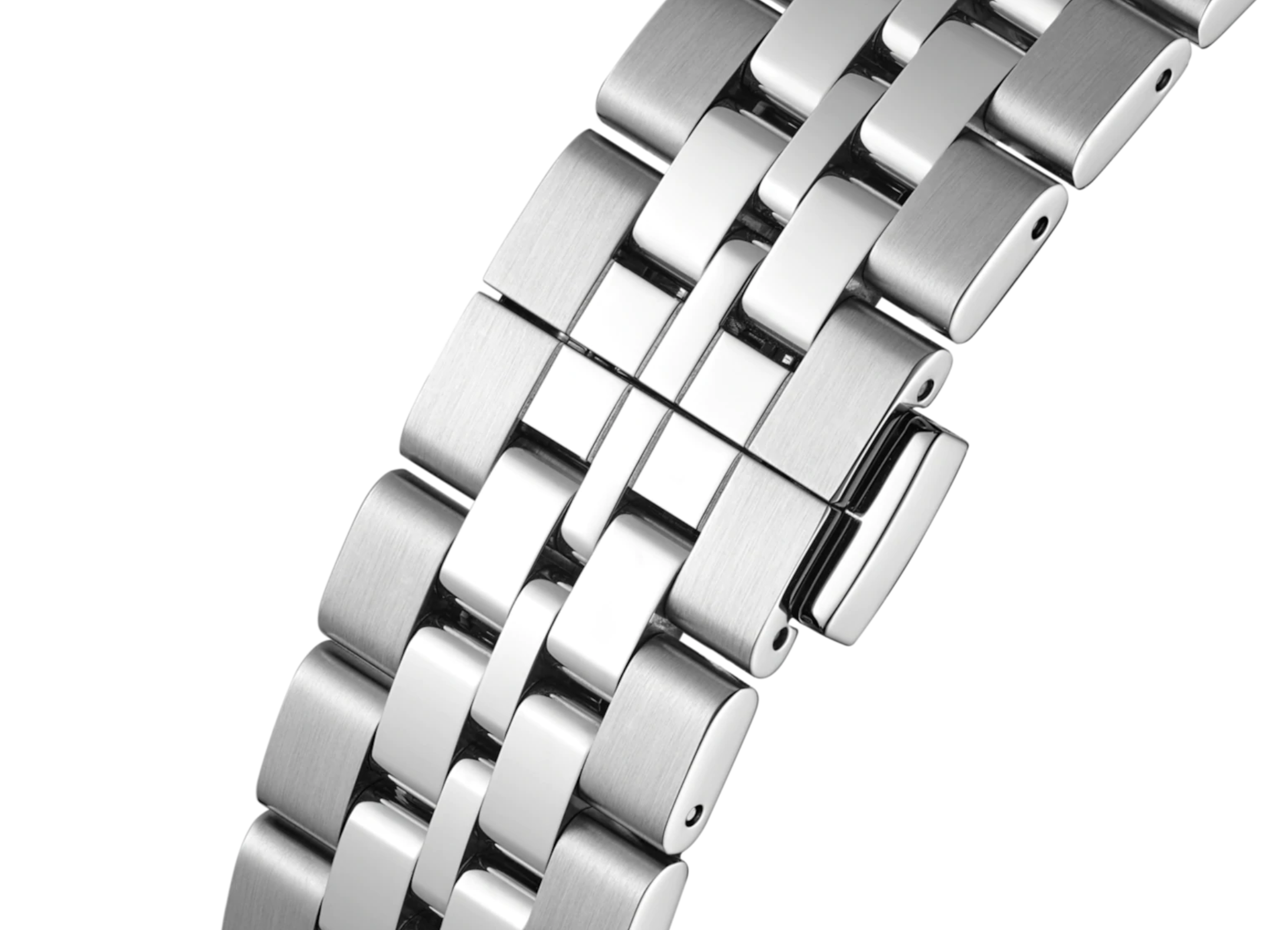 As was the case with the last TAG x Fragment collab, just 500 examples of this limited edition timepiece will be created, with an Australian recommended retail price of $8900. If you like the look of this watch — and I’m sure you do — act fast, because we reckon this chrono will sell out quicker than the race cars its forebears timed back in the day … and then you’d really be seeing red.