Much as it shames me to admit it, until writing about this watch, I rather naively thought that Stan Smith was a shoe designer … how very Gen Y of me.

As it turns out, Smith is rather more than a proponent of Adidas’s enduringly vogue white sneaker – he was a legend of the tennis court in the 1970s, with 100 professional tournament wins credited to his name. 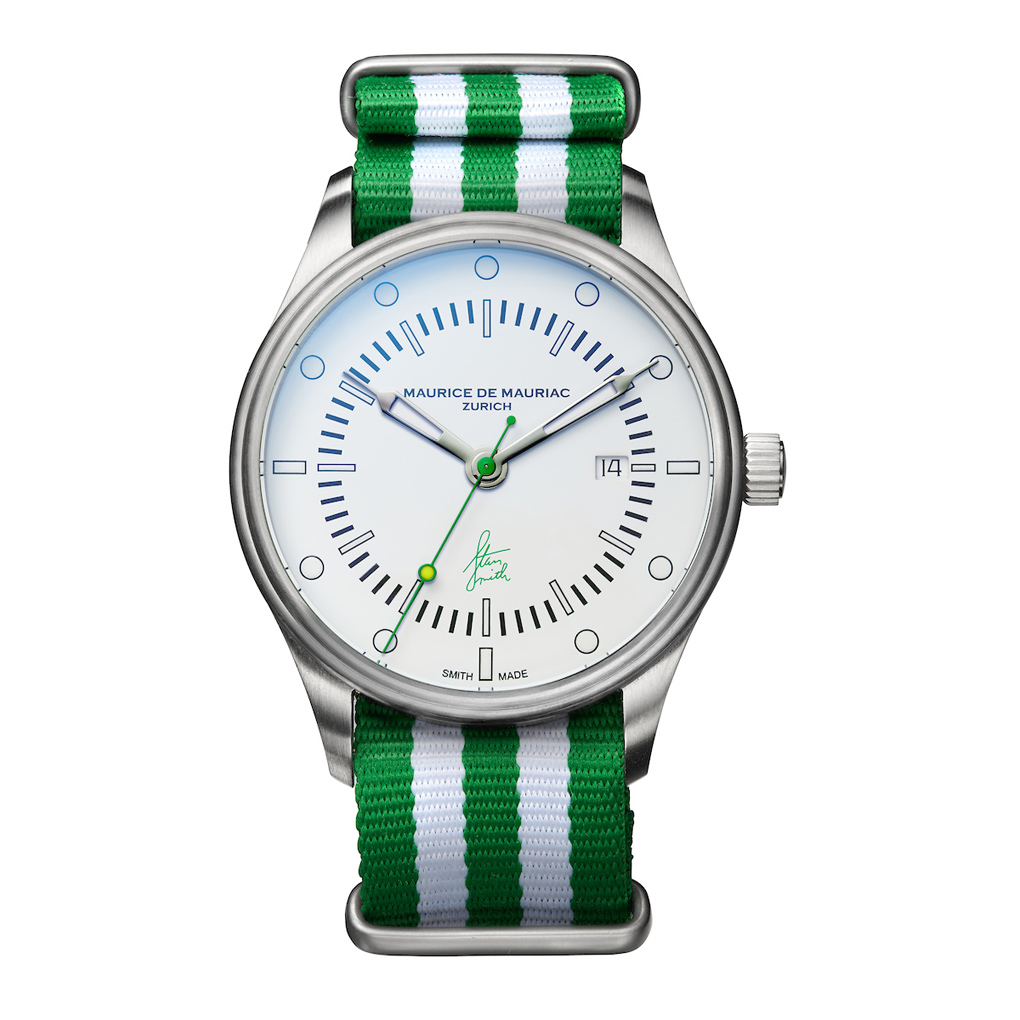 To celebrate this illustrious career, watchmaker Maurice de Mauriac has teamed up with the superstar of the sport to release this – the Stan Smith Signature Watch.

Limited to just 100 watches each (see what they did there?) in green, blue and red, the Stan Smith Watch presents a clean and pared-back aesthetic, much like the sneakers that bear his name. 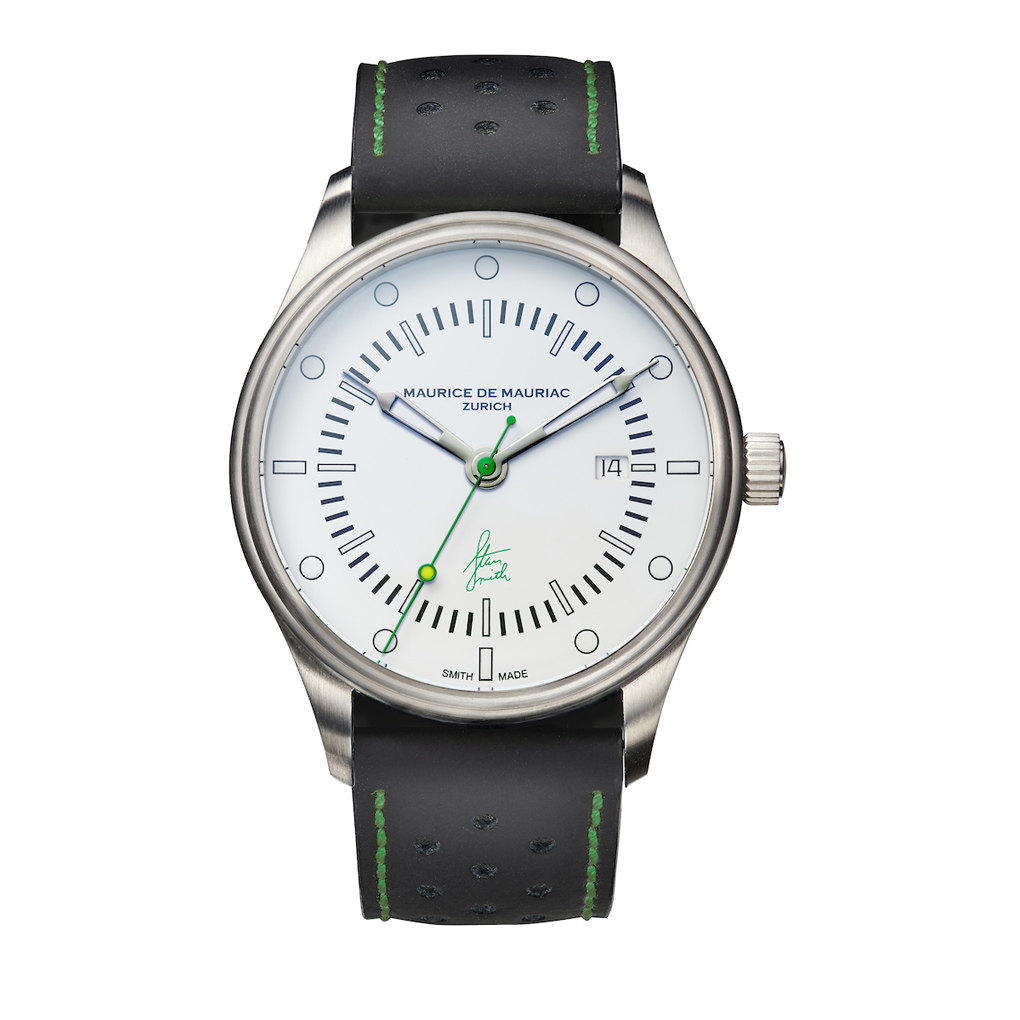 According to Maurice de Mauriac, the timepiece is the result of two years of development between Smith and the watchmaker’s founders, Daniel, Massimo and Leonard Dreifuss.

Additionally, Maurice de Mauriac reckon this limited edition timepiece can more than capably handle the rigours of a tense five-setter on the court, due to its tough and dependable build quality, as well as bearing the tennis star’s name. 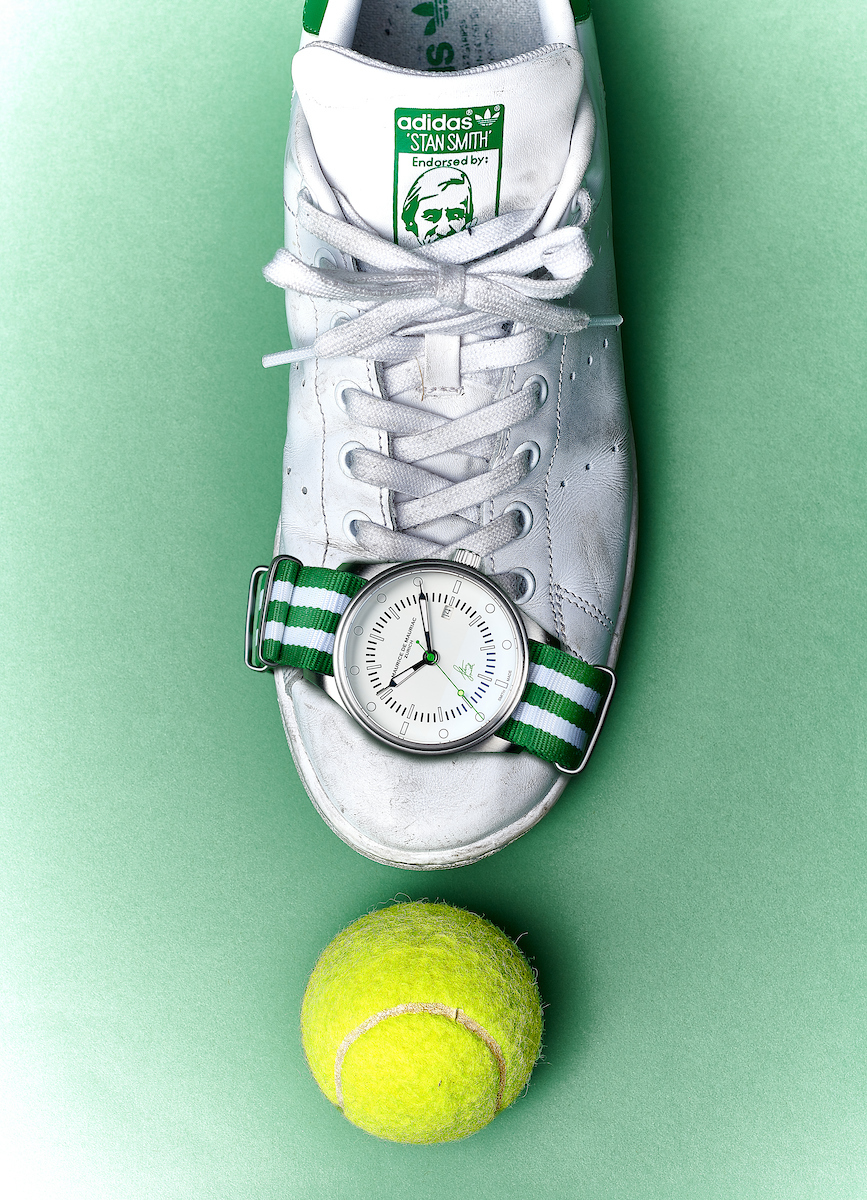 The traditional-looking case, which is hewn from tough 316L and satin finished, measures a contemporary 42mm across and a mere 9mm thick.

The dial is unpretentious and highly legible, thanks to a crisp white background that’s adorned with printed spherical indices and a simple inner track, small date aperture located at three o’clock and a no-nonsense handset that offers a splash of colour on the seconds hand. 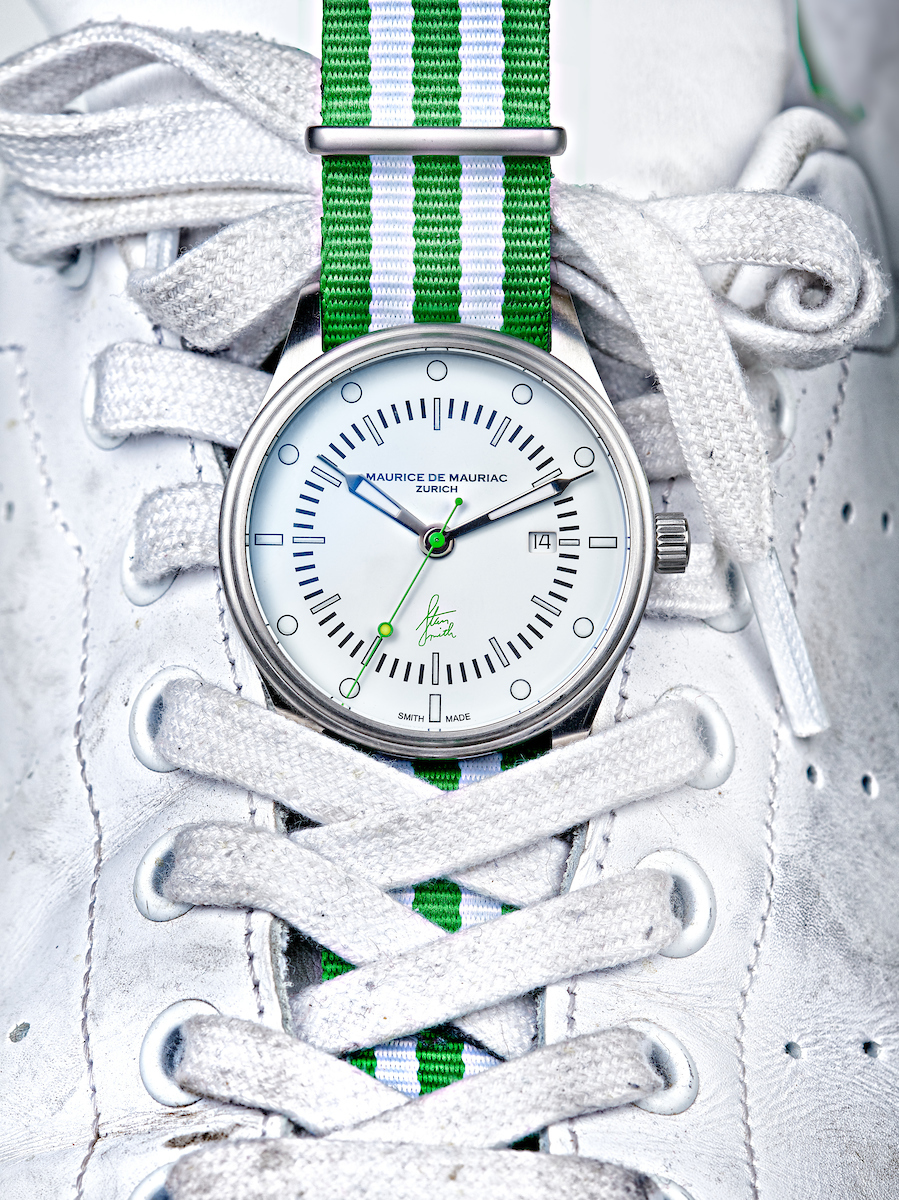 Both the top glass and display case-back are sapphire crystal with an anti-reflective coating, and the case-back also features a motif of the tennis star printed over the crystal.

Inside the slim case you’ll find ETA’s esteemed and robust 2824-2 movement, which is good for 38 hours of power reserve and ticks away at an operating frequency of 28,800 (4Hz) vibrations per hour. 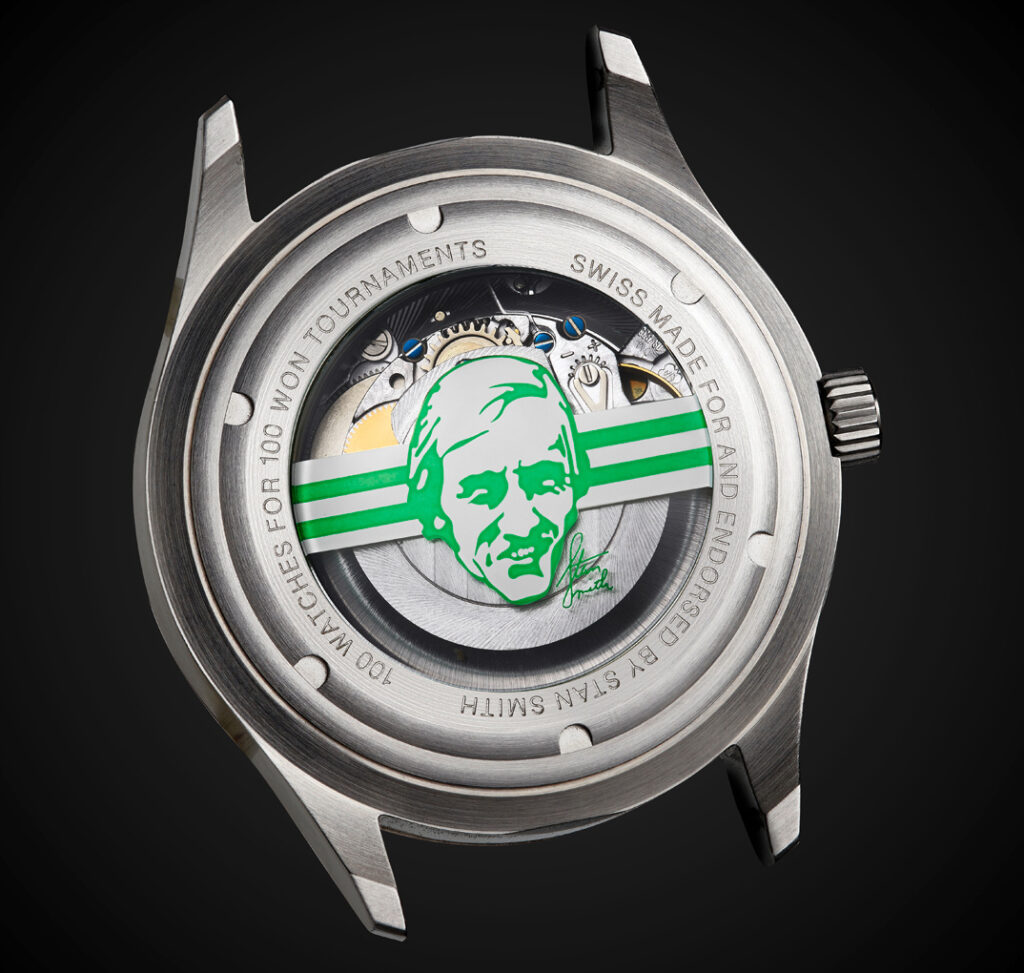 The green iteration of the Stan Smith Signature Watch, which is meant to mimic the green of a grass tennis court, is the first of the examples of the limited edition watch to be created, with the blue and red variants to follow.

Maurice de Mauriac is taking pre-orders for the watch now, which retails for 2390 CHF (roughly $4000 AUD), and it’s expected to be shipped in February 2020. 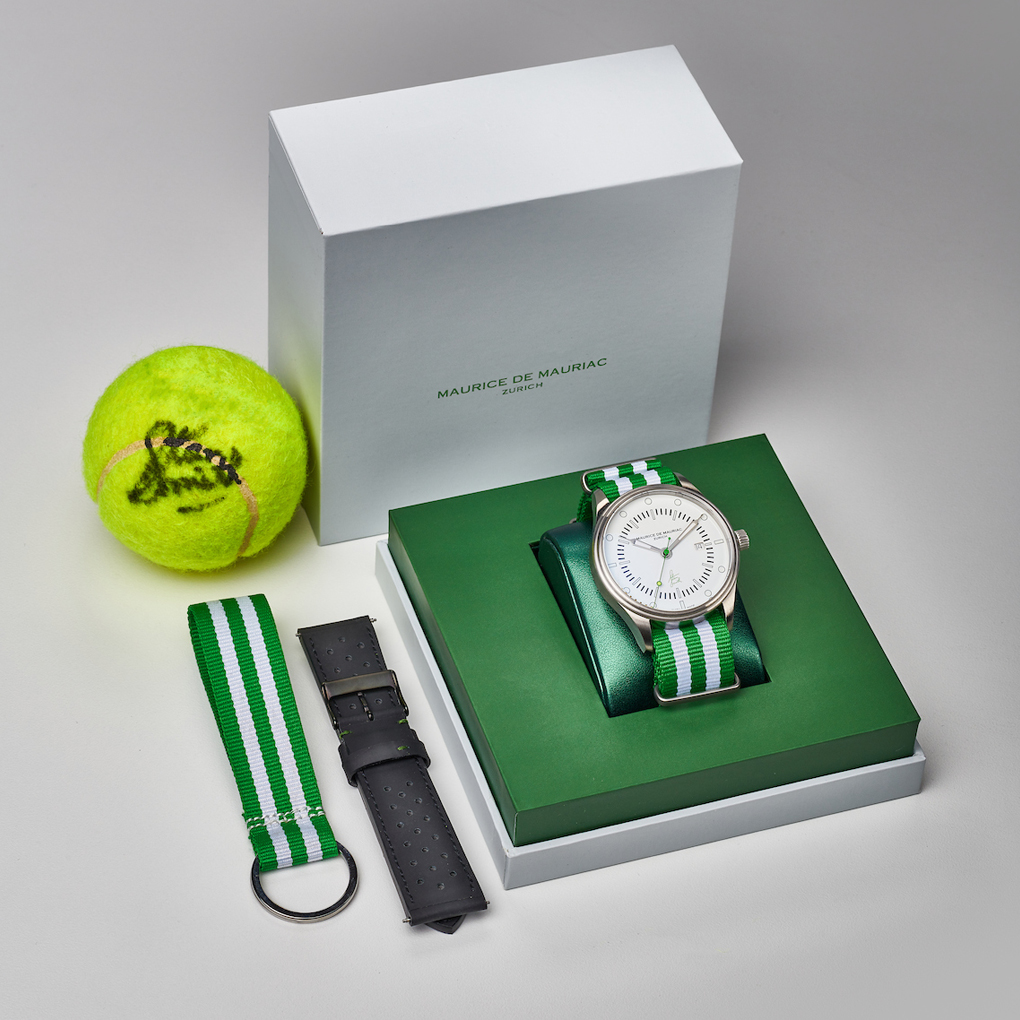 And, in addition to the watch itself, you’ll also get a complimenting perforated rubber strap, keyring and hand-signed tennis ball by Stan Smith, which is a boon.

So, if you’re looking for the perfect wrist-worn accoutrement to complement your austere Stan Smith Adidas sneakers, this really is the only watch for you.