Wow, what a whirlwind past month. The Time + Tide team again found themselves in the centre of the madness that is Baselworld. This year the fair might’ve been smaller, but we were there in full force, all nine of us. In between what felt like never-ending appointments, I managed to do some spotting. Here’s what I saw. 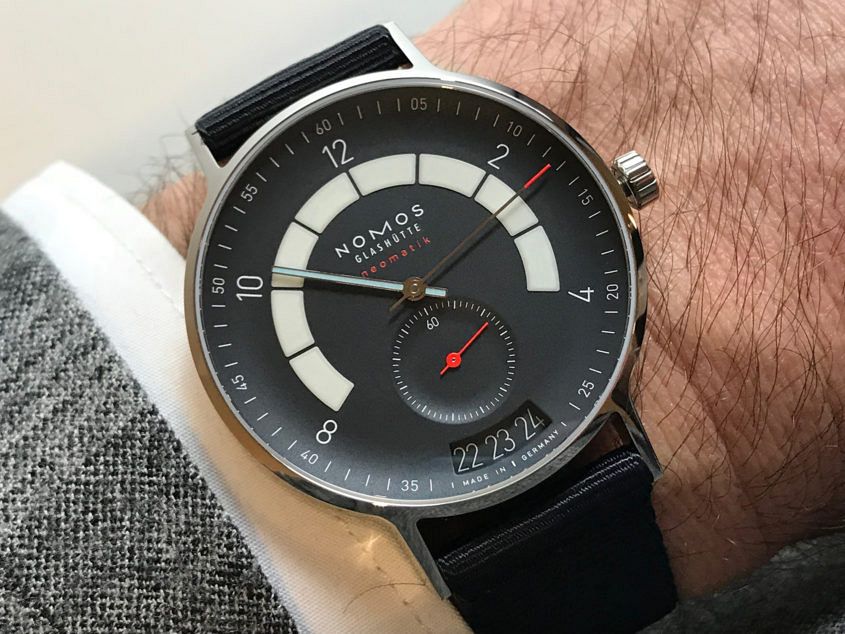 As I entered the fair, one of the first familiar faces and friends I saw was the mysterious @WatchesOfInstagram. The man behind the well-known watch Instagram account likes to keep a low profile. However, over the course of the fair, we caught up several times and discussed our favourites. It’s always hard to pick a favourite watch, especially during the fair, but for Mr WOI it was the new Nomos Glashütte Autobahn that stole his heart this year. 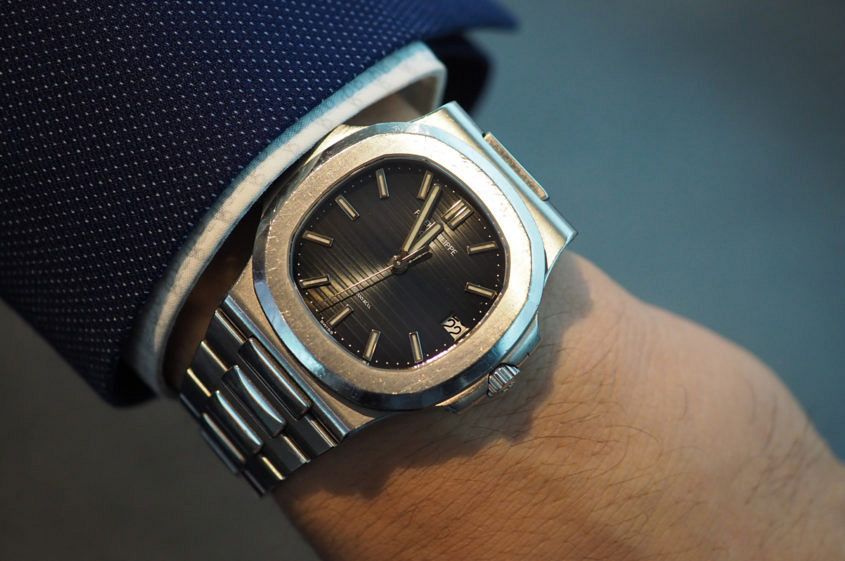 I bumped into Robert Velasquez, otherwise known as @SpanishRob, midway through the fair, and he was wearing none other than his famous Patek Philippe Nautilus with a ‘Tiffany Dial’. Nicknamed the ‘Loved Patek’ (or #TheLovedPatek if you’re on Instagram), Rob is famous for enjoying his Nautilus, and not being scared to wear it. Having last seen his Nautilus back in New York three or so years ago, it was great to see Rob and his Patek, albeit with a little more love. 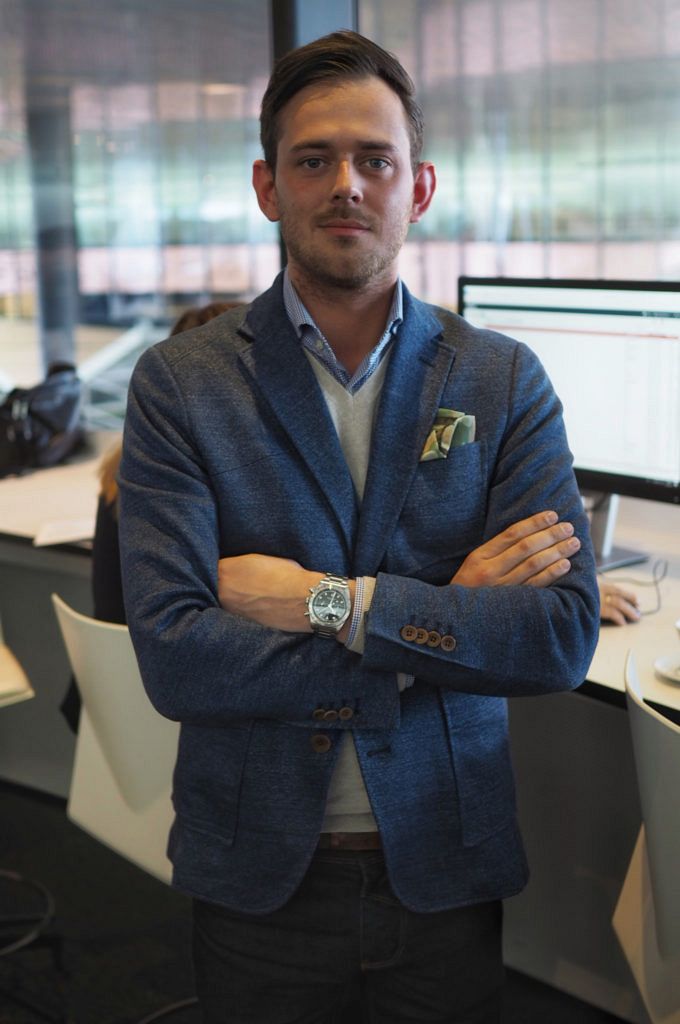 If you’re a Tudor fan, then you should definitely know Laurent AKA @MisterTudor. And if you’re a Time + Tide fan, then you might know him from our interviews. The last time I saw Laurent was at last year’s fair, where I remember him falling hard for the Black Bay Chrono the moment it was released. Laurent had followed through and was sporting that same piece as he embarked on another Baselworld. Regarding 2018 releases, Laurent loved the new Tudor Black Bay GMT, saying it stole the show. He’s also a really big fan of the Black Bay 36, with the new blue dial. 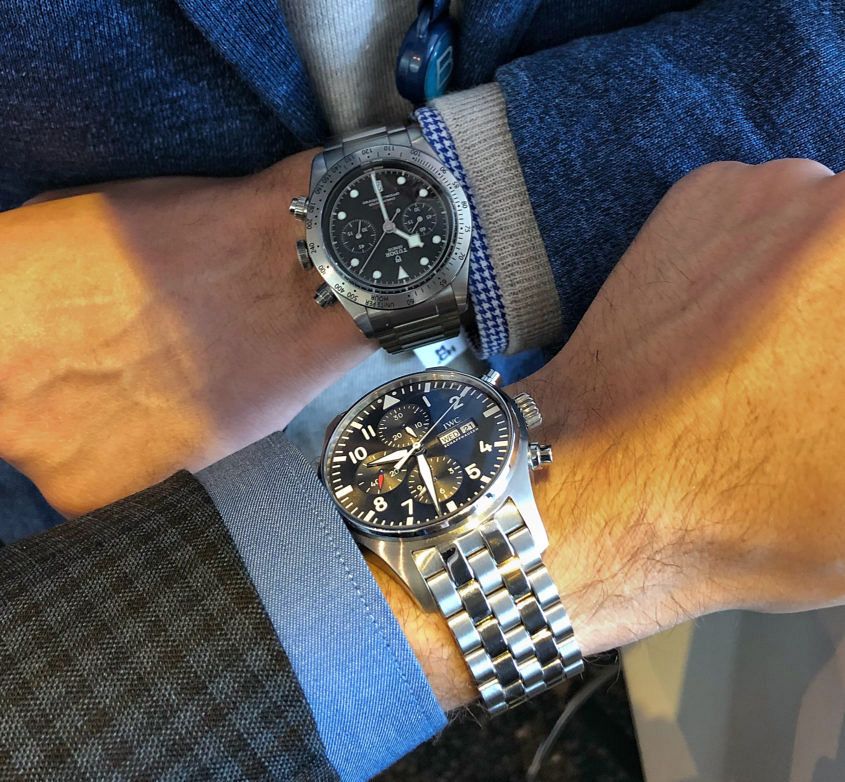 And if you’re wondering what Laurent ordered this year, it’s the new Black Bay Fifty-Eight, with the brand new MT5402 movement and 39mm case. 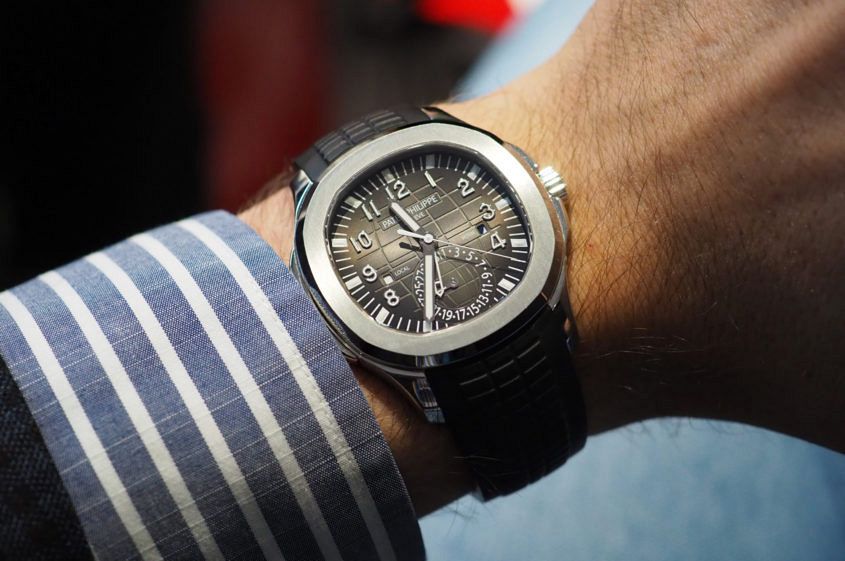 Going to the fair, I was expecting to bump into some familiar faces, so when I saw @PBandWatches roaming the halls of Baselworld, we had to grab a coffee. Having recently interviewed PB for a ‘Who To Follow’ article, it was awesome to catch up again in person. PB was wearing his prized Patek Philippe Aquanaut, a watch I personally love. In regards to a fair favourite, if his IG feed is anything to go off, then PB fell pretty damn hard for the Rolex Everose Daytona with rainbow gem-setting. 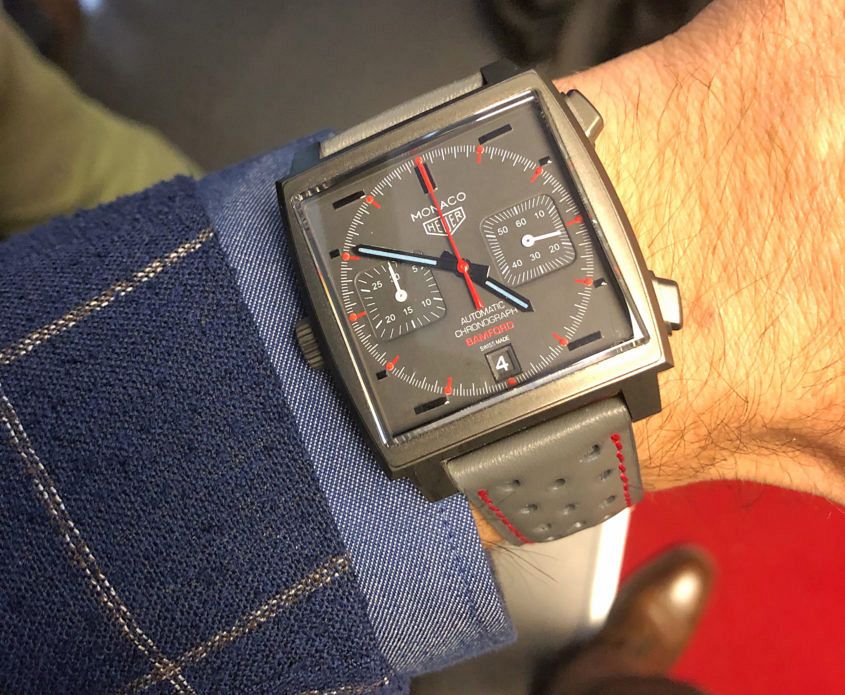 In classic Discommon style, Neil made a brief and powerful appearance at the fair this year. It seems he was somewhat of a wrist chameleon, with his timepiece changing depending on which booth we were in. One minute, it was a Bamford Watch Department customised TAG Heuer Monaco (which, just quietly, was fantastic), and the next — an Urwerk UR-210Y Black Hawk. I can’t share too much, but Neil’s got some very big things planned for 2018. 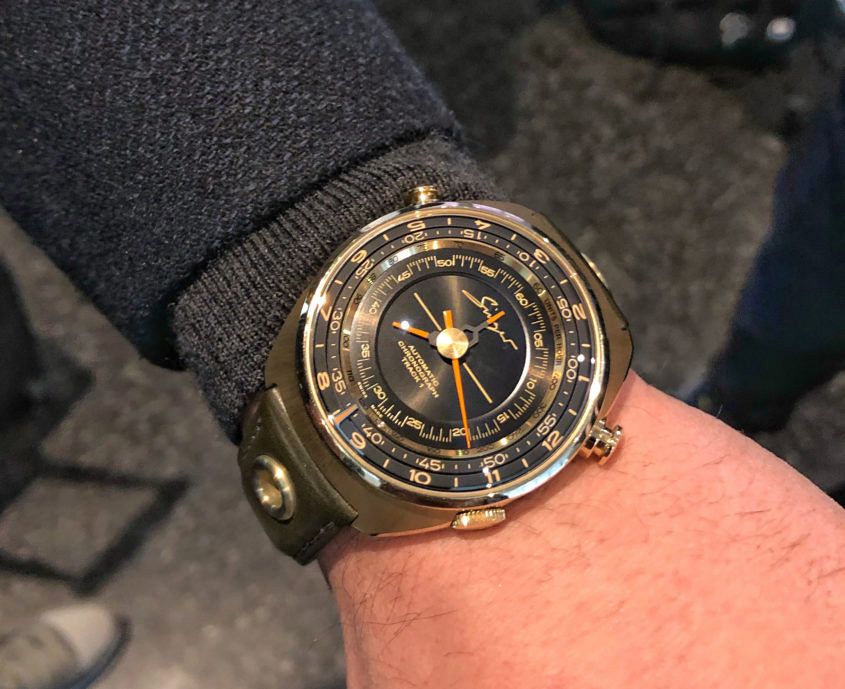 A Singer Reimagined Track 1 Geneva Edition on the wrist of Brice Goulard.

Last on my list of notable spots is the wrist of Brice Goulard, of Monochrome fame. Brice was sporting a Singer Reimagined Track 1 Geneva Edition. If the name ‘Singer’ sounds familiar it’s because the brand is a new project from the team at Singer Vehicle Design, famous for their Porsche restorations and rebuilds. Either way, it was really cool to see one of these out in the wild — I have no idea the next time that will happen.

Well, that’s it for this month. Catch you next month, where I’ll be sharing some of the watch spotting that took place during my time in London.