Last month’s dispatch was written in an airport lounge as I waited to fly out to Basel, via London, for my very first Baselworld experience. Now to report back on what was a big month, to say the least.

My trip to Baselworld started in London, where I shook the jetlag and spent a few days catching up with friends and family. The stars aligned and Ted Gushue, Editorial Director of Petrolicious, happened to be in town. We spent the morning driving round London in a lovely Porsche 911 Carrera 3.0 (thanks to the London City Car Club). On Ted’s wrist was an Autodromo Group B Evoluzione – Ted’s watch of choice when globetrotting, and one that’s always a big hit with the car guys.

Next on my London itinerary was a visit to the Phillips auction house, where I caught up with their watch specialist, Paul David Maudsley. Paul started the conversation by apologising that he didn’t have too much to show me. He then proceeded to unveil the entire Crosthwaite & Gavin Collection, which is going up for auction in November. Paul also happened to have with him a piece from his personal collection, a 1954 Rolex Datejust ref. 6309 Thunderbird, as well as the original kit it came with (box, papers, swing tags – the lot!).

Before I knew it, it was time to leave for Basel

Day one of Baselworld is press day, which means the fair is relatively quiet and you have free reign. Full of energy, Team T+T charged through the entrance with overwhelming excitement. The influx of watches began, starting with one of my favourite brands, Tudor. My personal picks – the Black Bay Steel and Black Bay S&G.

As the week progressed, I managed to squeeze in a lunch with Carson Chan, Head of Mission at Fondation de la Haute Horlogerie. Carson happened to be wearing his Discommon ‘Discautavia’, one of only five made. A true veteran of the fair, he gave me some rock solid tips on surviving the week, mostly involving copious amounts of whiskey. 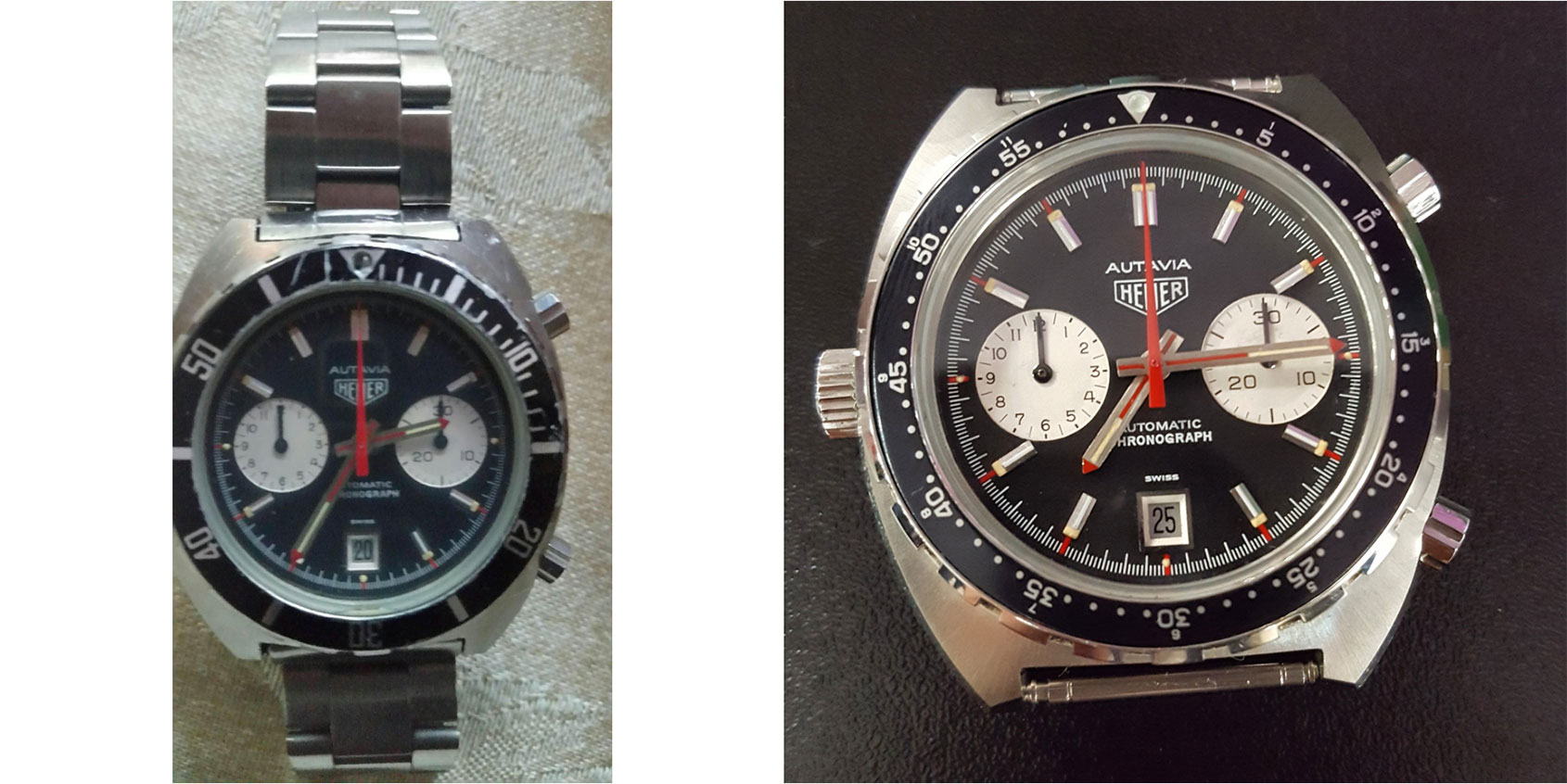 When you’re in Basel you realise just how small the watch world is. The next day I caught up with Neil Ferrier, founder of Discommon and the man behind Carson’s watch. Over what was possibly the world’s most expensive Nespresso ($16 for two pods), Neil showed me the Heuer Autavia ref. 11063 he had just collected, freshly restored by renowned Heuer restorer Abel Court – the man commissioned for the ‘Discautavia’. Neil’s piece had been purchased from the original owner, who had actually used it as a dive watch in the navy.

Once Team T+T had ticked off all the major brands, it was time to check out the independents. There was no better place to start than Nomos Glashütte – we are big fans here at T+T. With @WatchesOfInstagram along for the ride, we saw some of the new colourways on the Club and Ahoi models, as well as the new Club Campus ‘Graduates’ series. I’m a big fan of colourful dials and good value, so these got two thumbs up from me.

After that I ventured on to see the guys at H. Moser & Cie – mostly for the watches, but also to see the Swiss Mad Watch in person. It was there that I was introduced to the Pioneer Centre Seconds in Steel. Yes, steel – a first for H. Moser, who until now have only ever made watches in precious metals. For me, it was love at first sight, and this piece is my pick of the fair.

Next on the list was Urwerk, a brand I was excited to see in person for the first time. Luckily for me, they had on hand one of their extremely popular (and sold out) ‘Flask 2’ units, a collaboration with whiskey maker Macallan. This meant that they also had a ludicrous amount of whiskey (I hear that’s how some invoices were paid), which was swiftly consumed come 5pm.

It was also at the Urwerk booth that I (finally) met James Thompson, also known as ‘the Black Badger’, who was rocking an MB&F x BB – for obvious reasons. It’s not everyday you see an MB&F in person, let alone on the wrist of one of the men behind the collaboration. 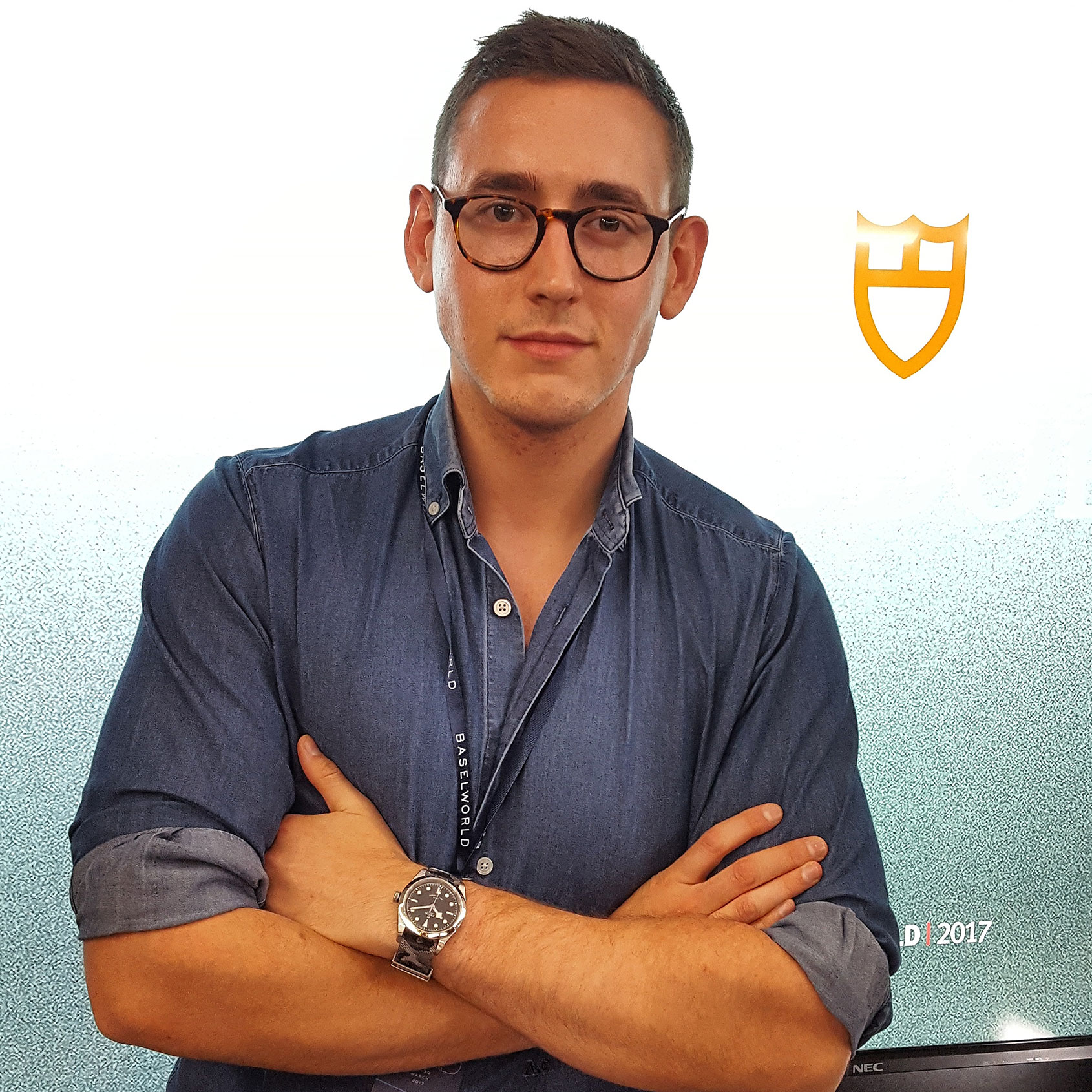 That’s all for now – catch next month’s dispatch to hear about the second half of my trip.