This month was an interesting one as far as spotting goes, including an unexpected Rolex Submariner, a rare vintage Tudor, an obscure Heuer chronograph, and a very special limited edition Autavia — amongst others. Let’s get cracking. 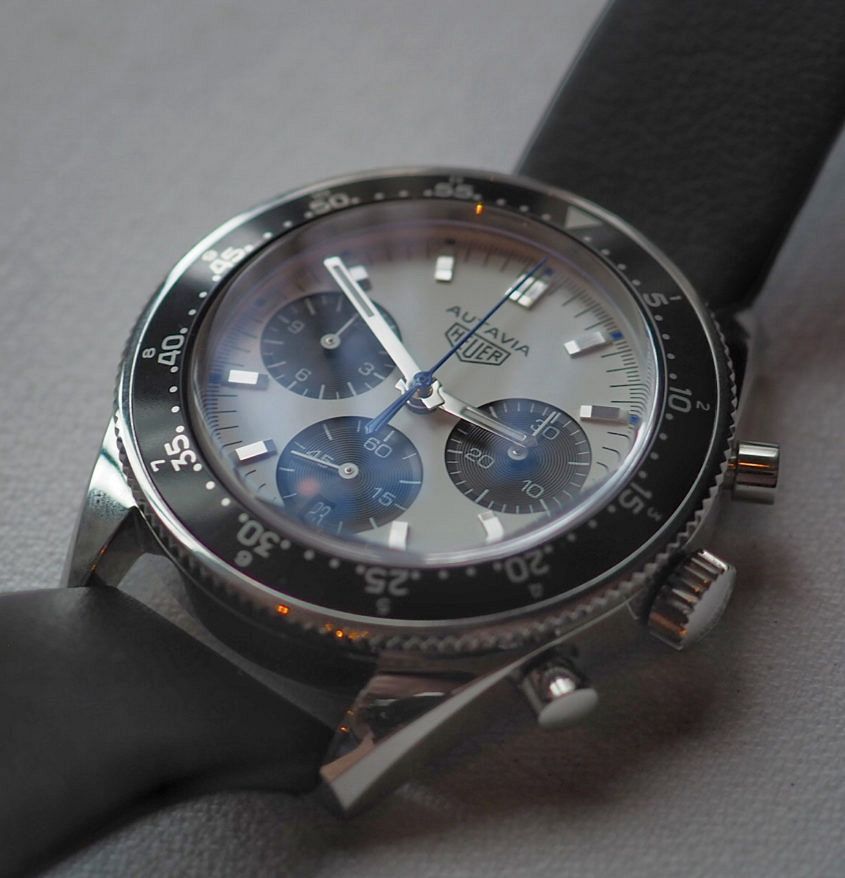 In case you missed it, this month Time+Tide hosted an Autavia Collectors’ Lunch, here in Melbourne. Guest speaker David Chalmers, of Calibre 11, is an authority on TAG Heuer ( and Heuer) and had recently collaborated with TAG Heuer on a very limited Autavia ‘Jo Siffert’ piece. David joined a select group of Heuer enthusiasts to share industry insights and war stories. As he shared the recent success of his first ever watch sale, I couldn’t help but notice he’d kept number 11 for himself. 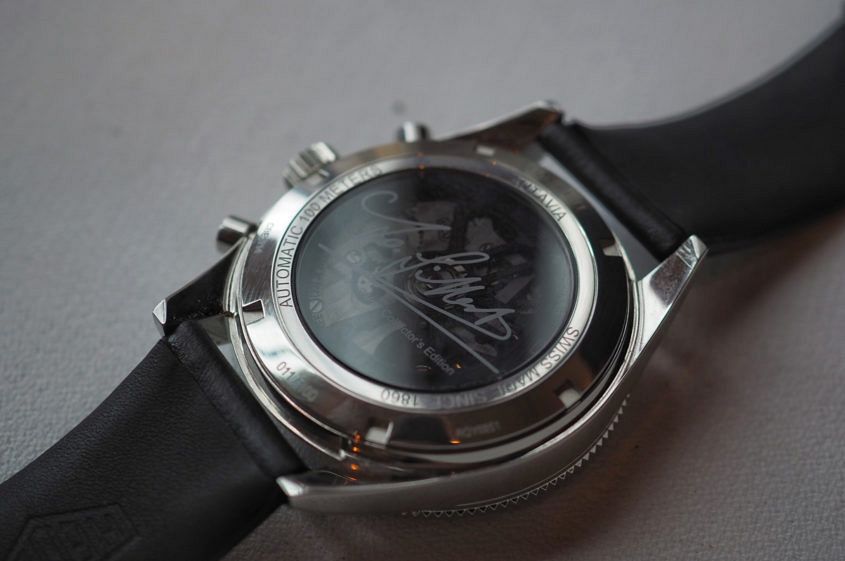 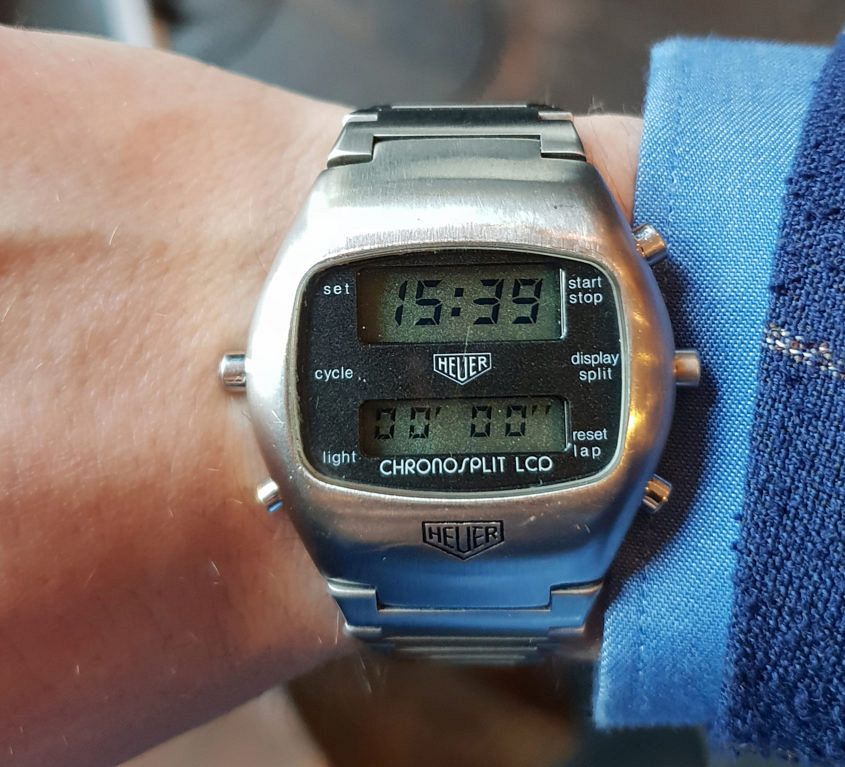 As we enjoyed David’s presentation, I couldn’t help but notice the guest next to me was wearing a very unusual vintage Heuer. So unusual, in fact, I’d never seen one in person before! It turned out that Damian was sporting a vintage Heuer Chronosplit, which was released in the 1970s. They actually have a pretty fascinating and important history, which David’s well documented over on his site. Damian’s a pretty big Heuer guy and often finds himself trawling the internet for good buys. His most recent purchase — a vintage Rolex Oyster Perpetual Date (reference 15000), with a killer smoky grey dial. 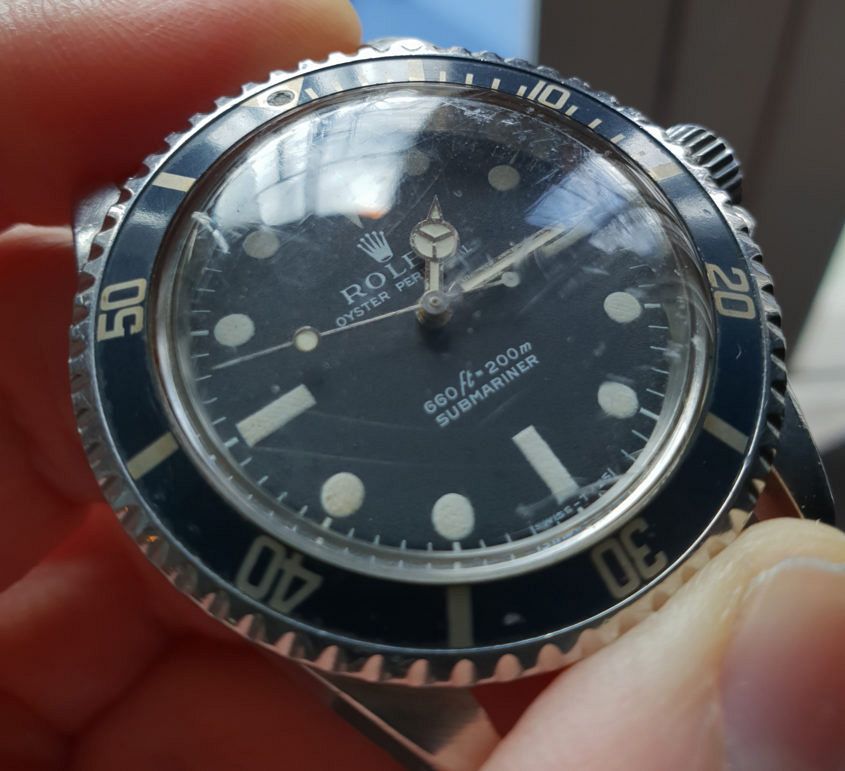 Further down the table, another guest, Marcus, had brought along a vintage Rolex Submariner (reference 5513) in remarkable condition, which he treated as a beater. Fitted appropriately with a ‘dirty bond’ NATO, Marcus had picked this watch up over a decade ago, for cents on the dollar. This has always been the watch he beat around the place and never flinched when it struck a doorknob. He was pleasantly surprised upon learning current market prices, and just how nice his example was! 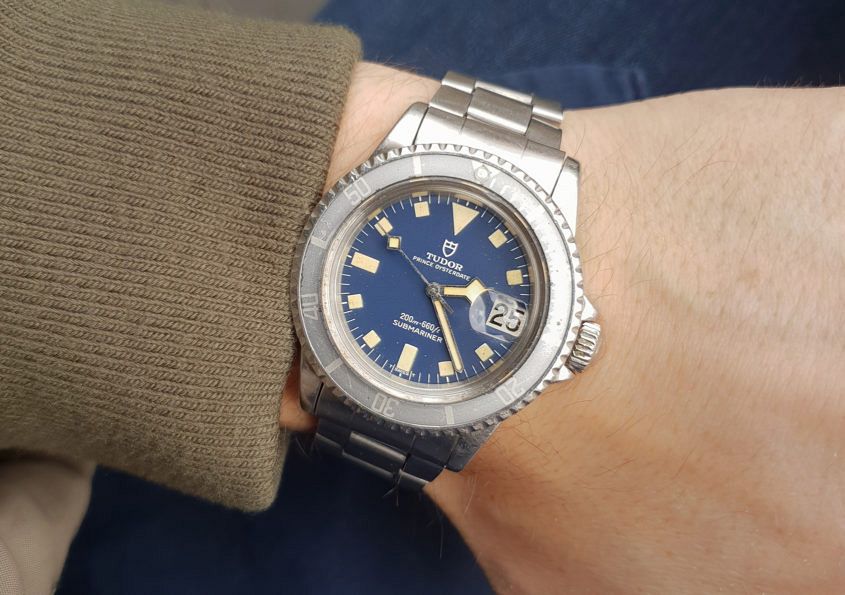 Those who know me well, know I’m a sucker for a vintage Tudor, especially a Submariner. Even more so, I love seeing them out in the wild. This piece belongs to a passionate Melbourne collector, who enjoys buying what he likes, and collects pieces for himself. He did note that of late, he’s caught the vintage bug — a bug he thought he’d never catch. This piece marks the second vintage Tudor in his collection, a collection that is slowly shifting from modern to vintage. Interestingly, though, the next piece he’s chasing is modern — a ‘white dial’ Omega Speedmaster. 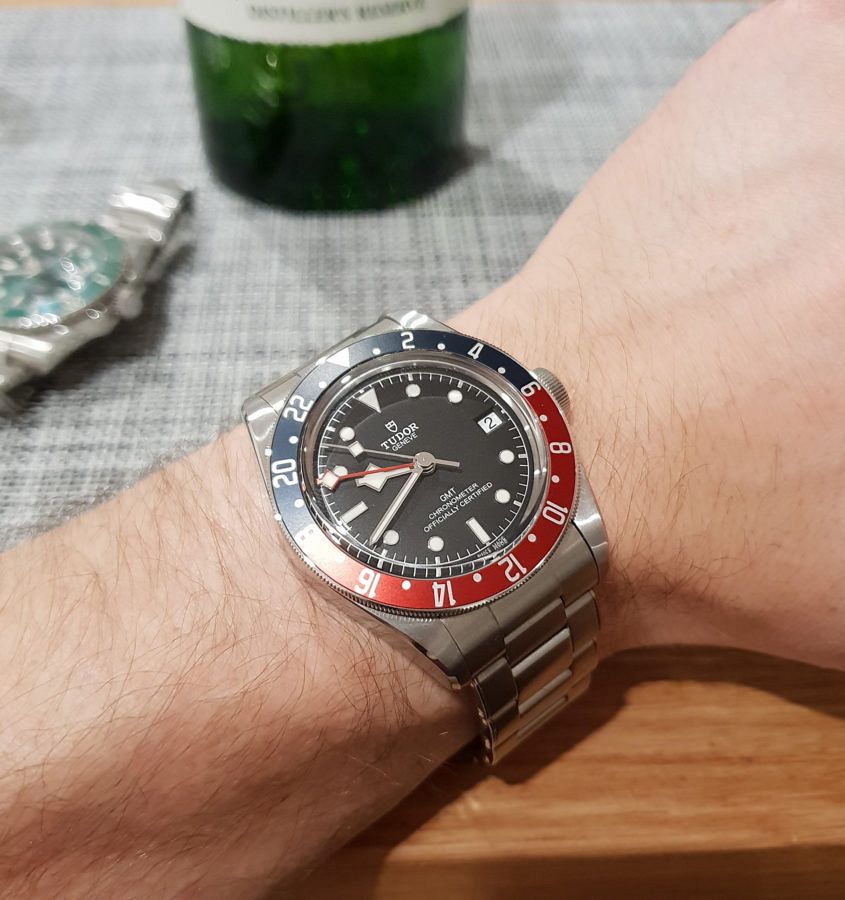 Later in the month, another Tudor appeared. This time, the recently released Black Bay GMT — one of the hottest releases of 2018. This example belonged to Kiwi collector Cole, who was in Melbourne to collect a grail piece, which he’d mistakenly previously caught and let go, and has been chasing ever since. When the opportunity came up, Cole snapped up this Tudor GMT — as after all, who’d say no? 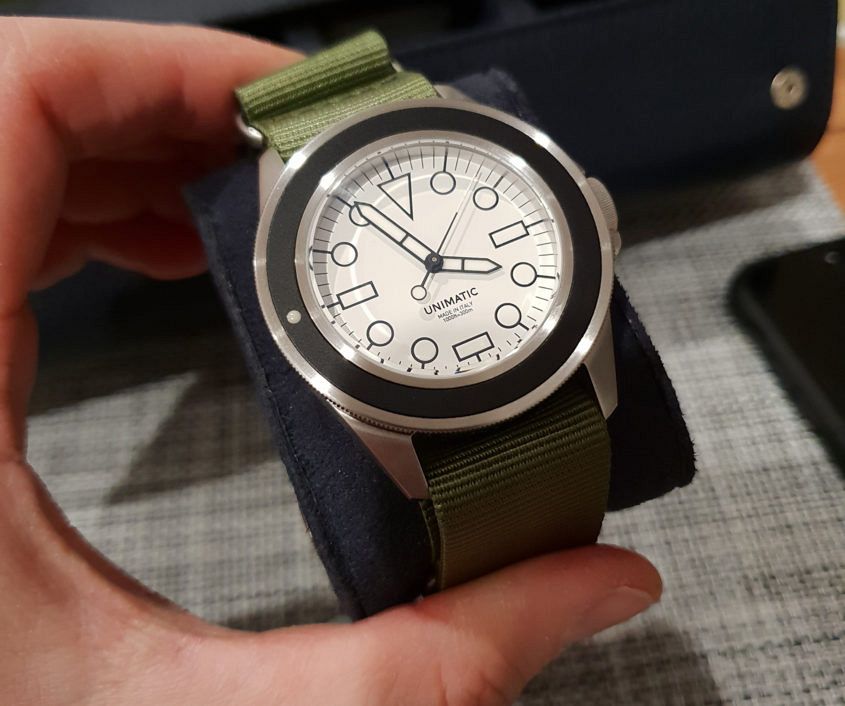 He also had a rather interesting piece, from Italian brand Unimatic. Unimatic have developed somewhat of a cult following amongst collectors, primarily known for their clean and contrasting designs, and limited runs. Unimatic is an interesting brand to spot, as they offer compelling value and a distinctive design at an affordable price.