This month was an interesting one, and, as you’ll see, jam-packed with one particular brand. I’ll put this Heuer-overload down to the fact I spent quite a bit of time with local car enthusiasts, who have a lot of time for the brand — especially their chronographs. Let’s kick things off. 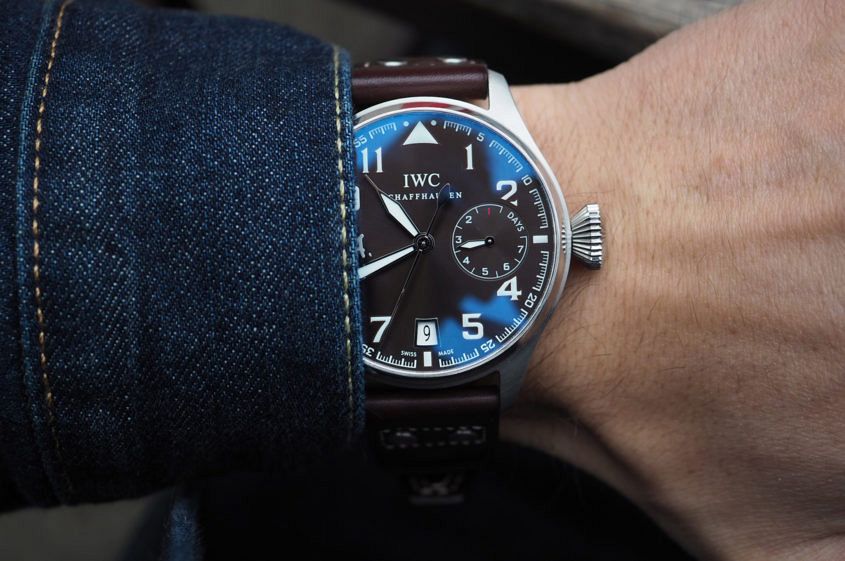 Local gent Charith recently picked up this Big Pilot, as a memento to mark winning a local boxing match, which he unfortunately lost. Charith has had his eye on the Big Pilot, having always loved the reference, and the stars aligned — letting him make this purchase. The Big Pilot, at 46mm, has quite the presence, and it’s not common to spot this brown dial limited edition on the streets. 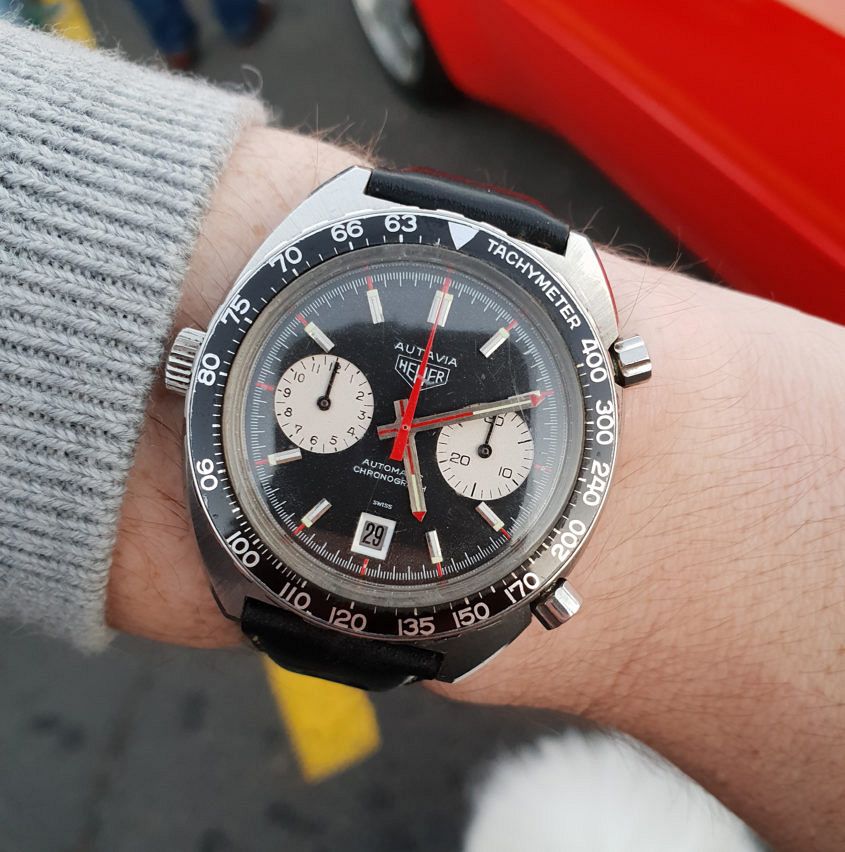 Later in the month, I made my way out to Elwood one crisp winter morning, for a Porsche event. As I was waiting for a coffee, young collector and fan of T+T, Brandon, revealed a pretty cool piece. He was wearing his 18th birthday present — a vintage Heuer ‘Viceroy’ Autavia. These old ‘Viceroys’ were a promotional watch, launched between Heuer and American cigarette company Viceroy, and were a special version of the Autavia — redeemable for $88 and the end flap from the cigarette carton. Hodinkee, with the help of Jeff Stein, goes in depth on the history here. 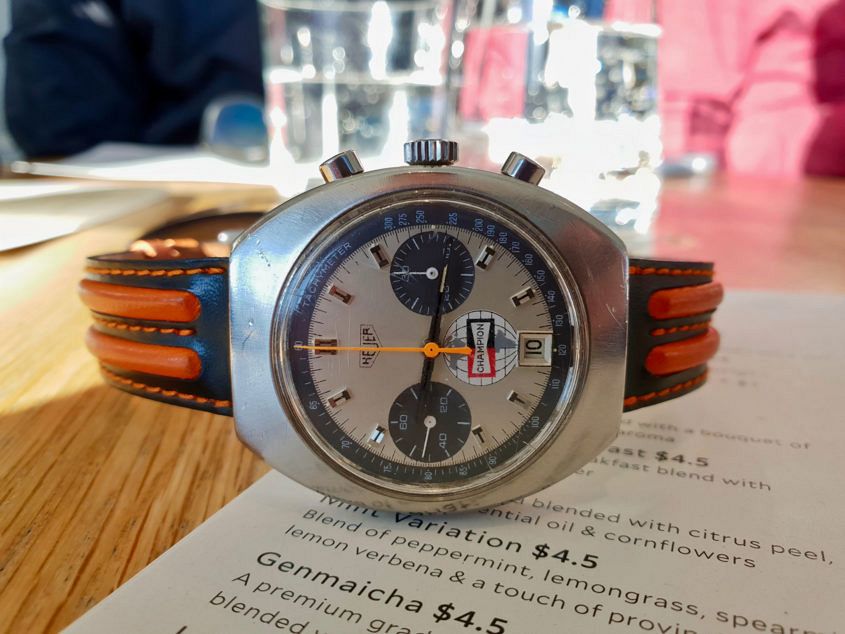 My Heuer spotting wasn’t done there. Not long after, Cam placed his 1960s Heuer Chronograph (Reference 73473 S) down on the table. In addition to being quite a rare old chronograph, this watch also had the Champion Spark Plug logo printed on the dial — as was likely a gift or prize. Also interesting is that this watch doesn’t have a model name, just a reference! 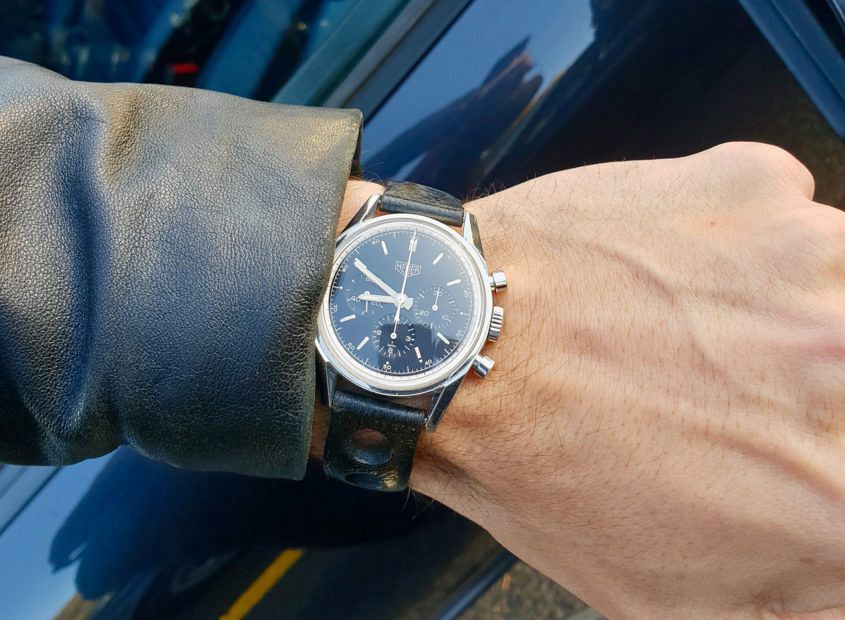 Just when you thought I was done with the Heuers … think again! As I was leaving the event, I spotted a TAG Heuer Carrera Re-Edition (reference CS3111). Its owner was a big car guy, and preferred slimmer, more refined timepieces. He chose well when it comes to re-editions, particularly from TAG Heuer — this Carrera is arguably one of the truest. 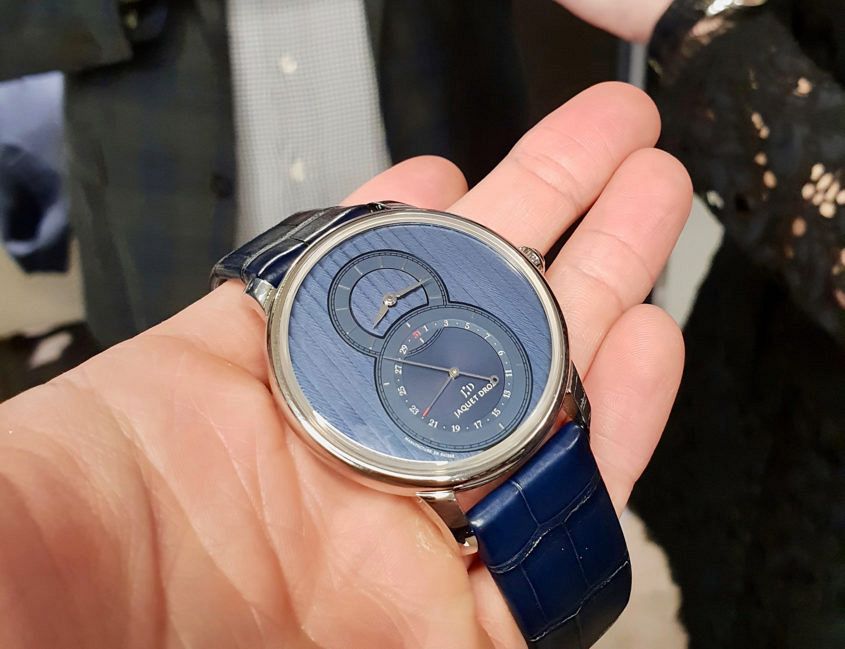 Stepping away from vintage chronographs, the T+T team made their way down to Melbourne Watch Week, hosted by local retailer Monards. The inaugural event featured more than 40 new 2018 collection timepieces by partnering brands: Breguet, Blancpain, Jaquet Droz and Glashütte Original. A piece that I particularly enjoyed seeing, that I somehow missed at Baselworld, was the Jaquet Droz Grande Seconde Quantieme Côtes de Genève — with a beautiful blue dial. 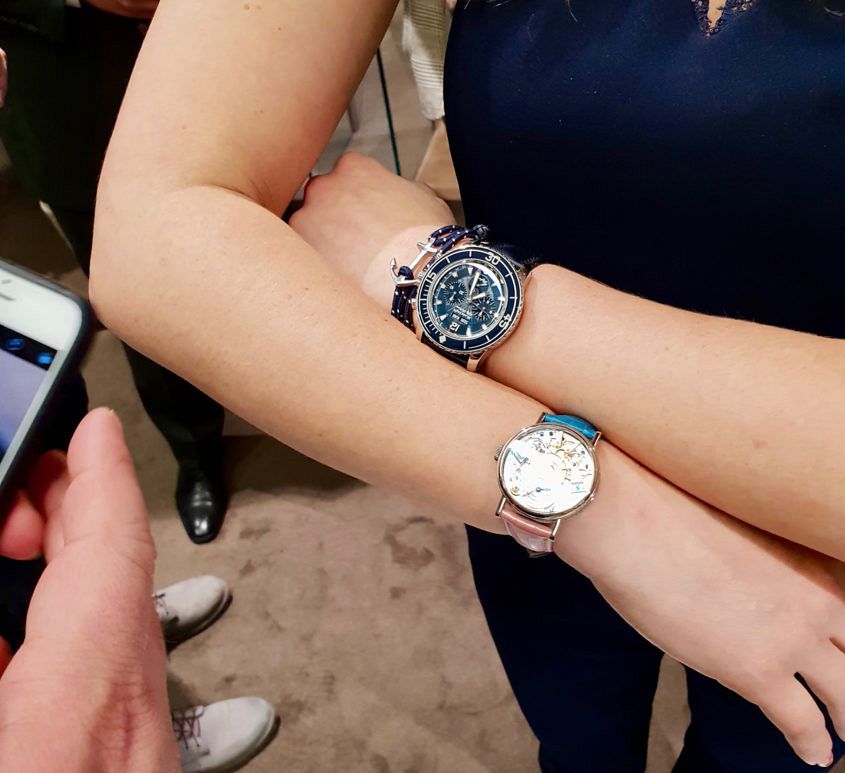 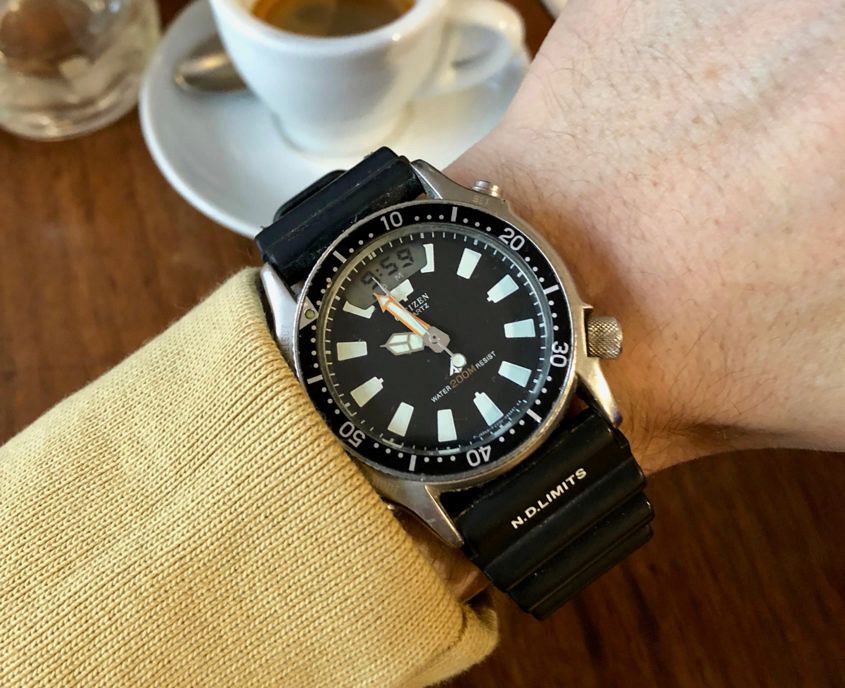 Rounding out the month, I came across another cool, and slightly unexpected vintage piece — a Citizen Promaster Aqualand Diver’s watch. Gianni, the owner, has a pretty vast and respectable collection, so it’s pretty cool to see a piece like this Citizen finding its way into such a rotation.