I backed up Baselworld, with a solid stint in London, where — let me tell you — I did some serious watch spotting. So much spotting in fact, we had to split it out. Here we go! 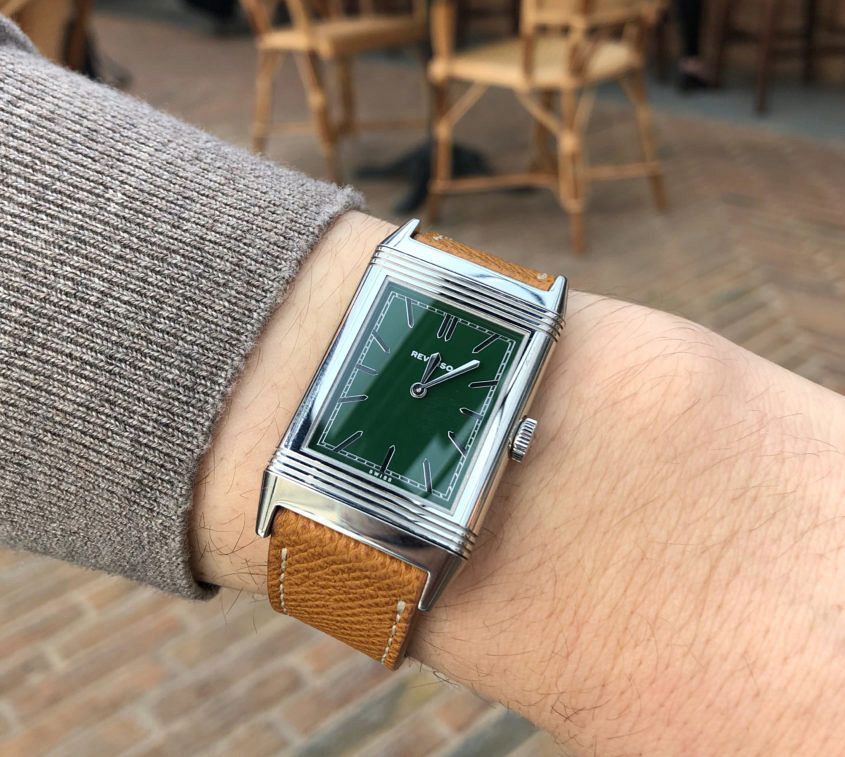 Kicking things off, in true British fashion, a London boutique-only edition Jaeger-LeCoultre Reverso. This is one of only 26, and belongs to my good friend Silas, from @A_Collected_Man. Silas had been on the lookout for one of these for a long time before finally snagging one. I could be wrong, but I believe this to be one of JLC’s most limited watches ever made. There’s really only one way to describe this watch: Stunning. 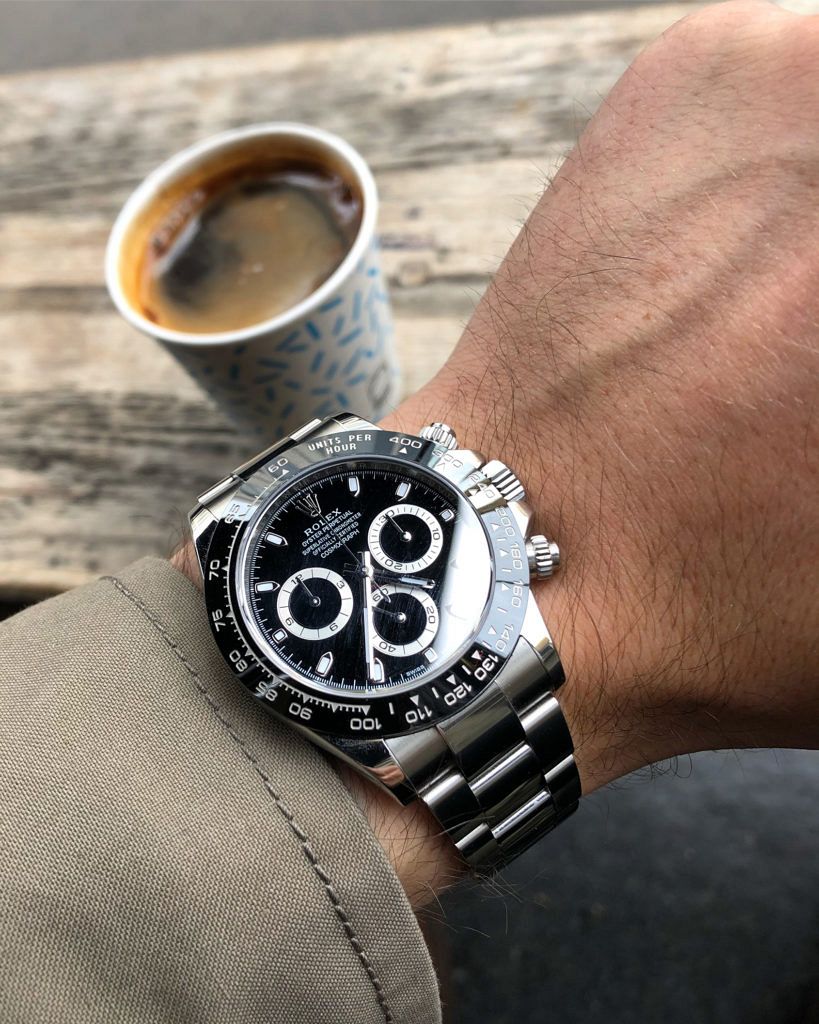 As I settled into London, I caught up with Pat (@Mr.Cosmograph), who has a love for Rolex sports models (don’t we all), and a knack for beating those waitlists. His piece of choice for our coffee was his prized Daytona, which, with a ceramic bezel, looks as sharp as ever. Pat was pretty impressed by the Tudor Black Bay GMT and has already put his name down for one, preferring it to the Rolex ‘Pepsi’ GMT-Master II in steel, also released this year at Baselworld. 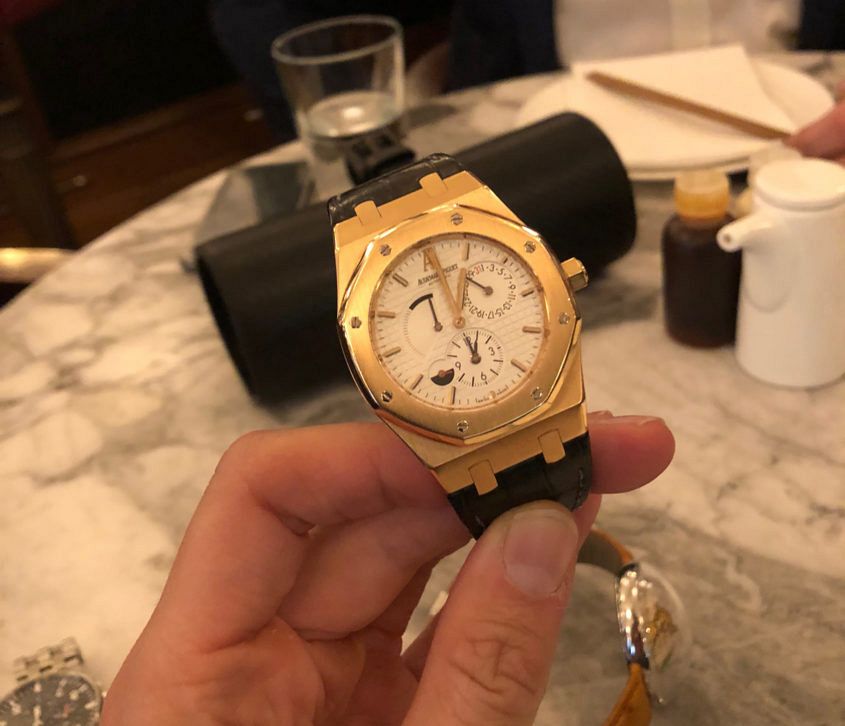 Next up — @APKStyle and his Audemars Piguet Royal Oak Dual Time. This had been a grail piece of APK for quite some time, and when he finally was able to buy it, it was extremely satisfying. Often jet-setting around Europe for work, APK really makes most of the dual-time functionality. Although being rose gold, the brown leather strap keeps this AP classy and flies under the radar. 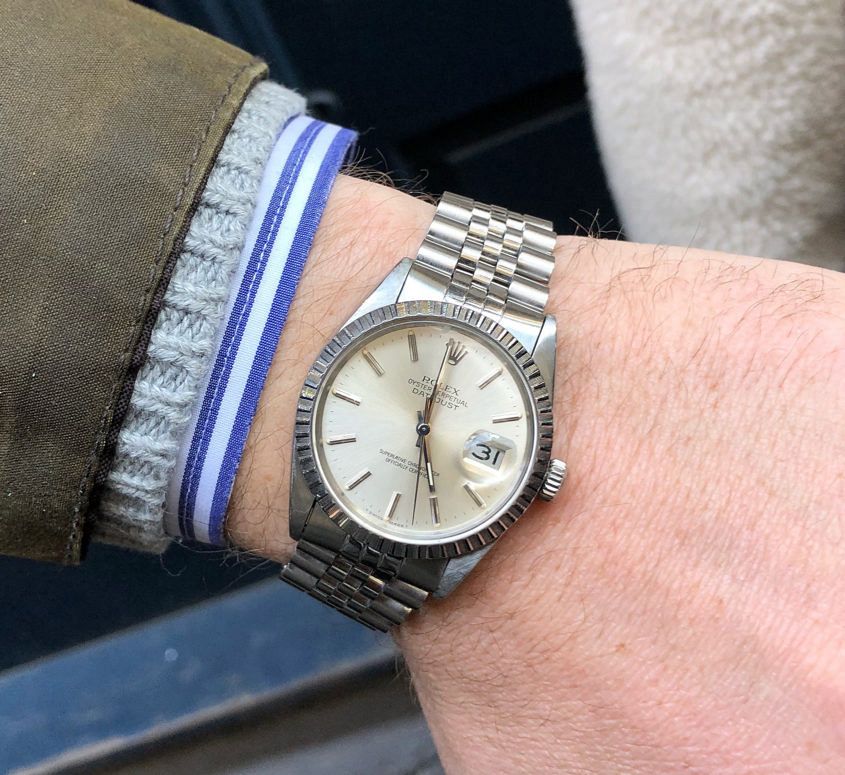 As my time in London came to a close, I made sure to spend some quality time with good friend and photographer Ted Gushue. Ted was wearing his birth-year Rolex Datejust reference 16030, which was in fantastic condition. This isn’t one I can see him letting go anytime soon. 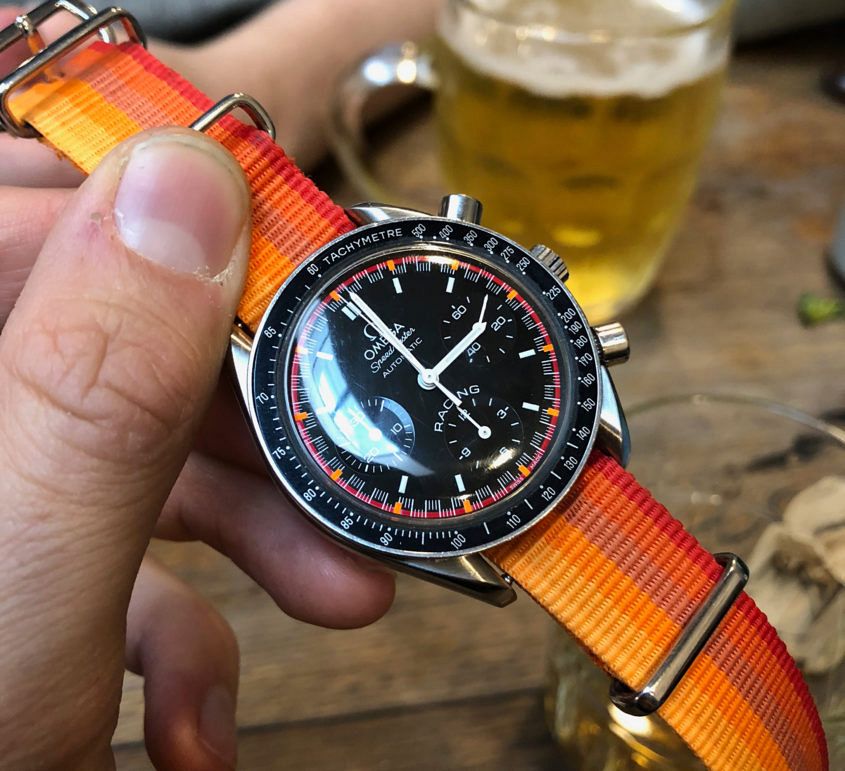 Luke G, otherwise known as @yournotmyfather, joined Ted and I for dinner, and being another fanatical ‘car guy’, was appropriately sporting an Omega Speedmaster Racing on a vibrant NATO strap. Admittedly, cars are Luke’s first passion, and for those interested, he has a cracking account — @MakeGreenGreatAgain, which focuses on highlighting the beauty of green cars. 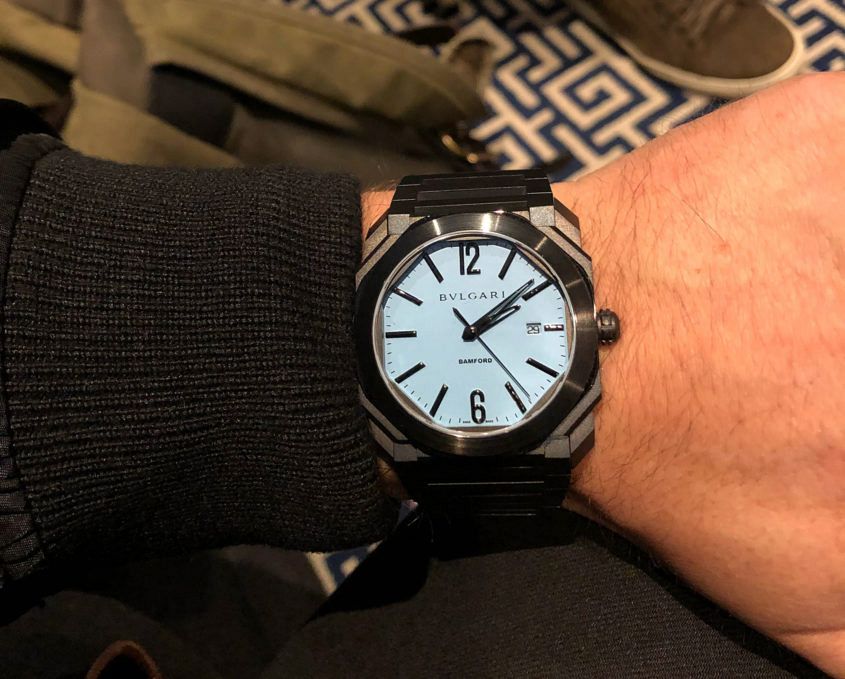 I stopped in and saw George Bamford, who was kind enough to invite me over to Bamford Watch Department in Mayfair. I got an inside look at BWD’s operations and saw a bunch of custom pieces, and this particular custom Bulgari Octo Finissimo jumped right out at me.

My visit was just days after Baselworld, where BWD had debuted a Limited Edition Carbon Case TAG Heuer Monaco, which was, safe to say, a hit! George’s come a long way since founding the brand in 2004, now officially collaborating with LVMH. 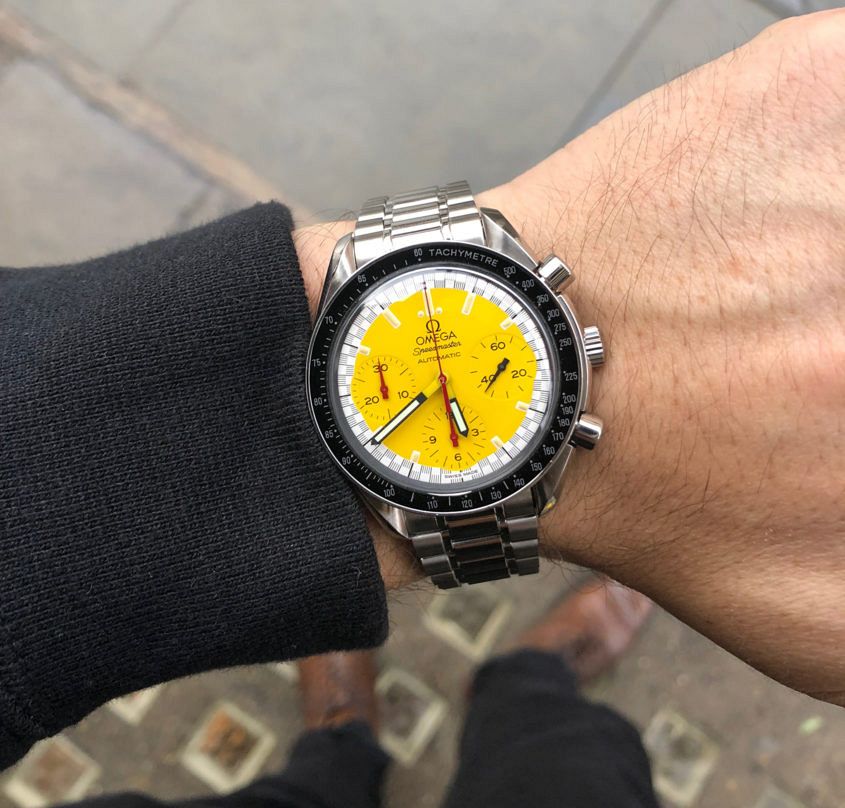 I happened upon another customised watch, this time owned by engraver Johnny (@KingNerd), who you’ve heard plenty about here at Time + Tide. This piece is from his personal collection, and has an unmissable dial — it’s his take on the ‘Snoopy’. 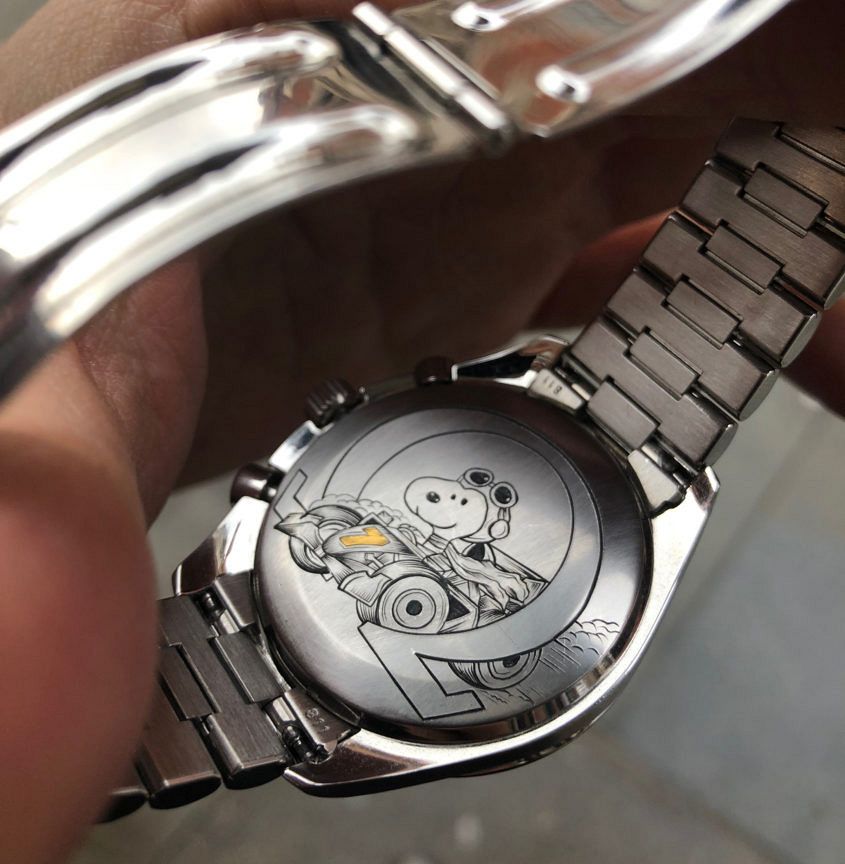 We caught up for coffee and were joined by another amazing artist in the watch space — Julie Kraulis, who’s been doing some seriously impressive work lately. Johnny was sporting an Omega Speedmaster Schumacher Automatic, which he’d personally customised with some pretty amazing engravings. Johnny’s just joined the team at Revolution as a Master Engraver, which you can read about here. Coincidentally, both Julie and Johnny have featured in our ‘Who To Follow’ column, and it was pretty amazing to be able to share a drink — especially as we all live on different continents. 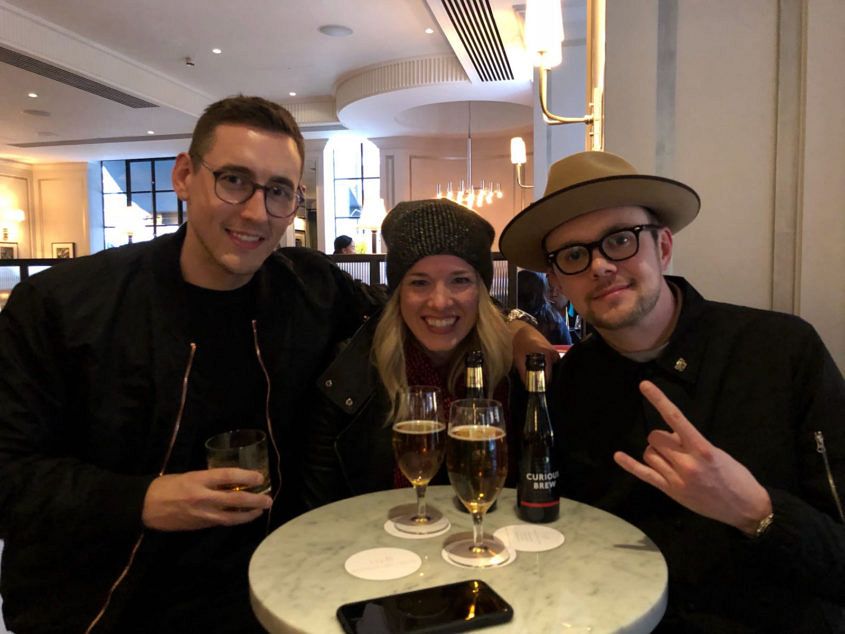