The beginning of the year is always a great time here in Australia, as the weather starts to warm up and most of us get a few weeks off work. It’s also a time when 95 per cent of the population joins a new gym, and we make a bunch of other ridiculous new year’s resolutions, like ‘I won’t buy any watches this year’ and ‘I’ll spend less money on coffee’.

Kicking off January in style, I made the (very long) drive down to the Alfa Romeo Portsea Polo. Whilst doing a touch of spotting in the Peroni marquee, I bumped into old friend Miles Wharton, who was sporting his recently acquired Rolex Day Date 40, which is very special indeed as it was his wedding watch (yes ladies, that IS a thing), as well as a satisfying purchase for Miles, as it had been on his list for a while.

As work kicked off at a worrying pace, I made time to catch up with fellow Richmond local, Dion Link. A man of fine taste, he was wearing a lovely Cartier Santos 100 on a handsome blue strap, although with his 10th wedding anniversary rapidly approaching, he’s got his eyes on the prize. If all goes to plan, Dion will shortly be peeling the stickers off a fresh new Rolex GMT Master II BLNR.

I’m guessing I’m not the only person who likes to talk watches after a long dinner and a few bottles of wine, but the other night, while enjoying dinner at Georgia and Tobie Puttock’s place, it wasn’t me who started it – I swear! As the delicious final course (dehydrated pear FYI) settled, Georgia handed over her lovely 1970s Omega Dynamic. This one was particularly special, as it was a 30th birthday present from her father.

Mid-month, I hung out with Melbourne photographer Paul Nguyen and his fly AF Patek Philippe Annual Calendar Chronograph (ref. 5960/1A). A fairly recent acquisition for Paul, he finds his Daytona makes a more practical daily watch (for obvious reasons), but loves the depth and detail on the Patek. Personally, I was stoked to see this model in the wild. As one of the more high-end steel watches on the market, it’s not something you spot often.

As January came to a close, I snuck in a vintage Tudor date with Danny and Graeme. Danny was in town from NYC for work, wearing his extraordinary ‘Snowflake’ Submariner from 1984, with a killer blue dial and insert to match, while Graeme’s sub is an early ’90s specimen, and only ‘vintage’ by a couple of years. It was Graeme who sparked Danny’s love for watches, or as he describes it  “patient zero”. Let’s keep an eye on Danny’s 2017 resolution, a one-in, one-out watch policy (we reckon it’ll last till April).

To wrap up the month, I caught up with an old acquaintance, Jesse Davidson, who happened to be in town and eager to share his passion project with me. These special pull-through straps are made from vintage Hermès silk ties, and a surefire way to add a bunch of character to your wristwear. Turns out I’m not alone in liking how they look. After posting a couple of pics, my inbox lit up with fashion-minded watch nerds looking to place orders. 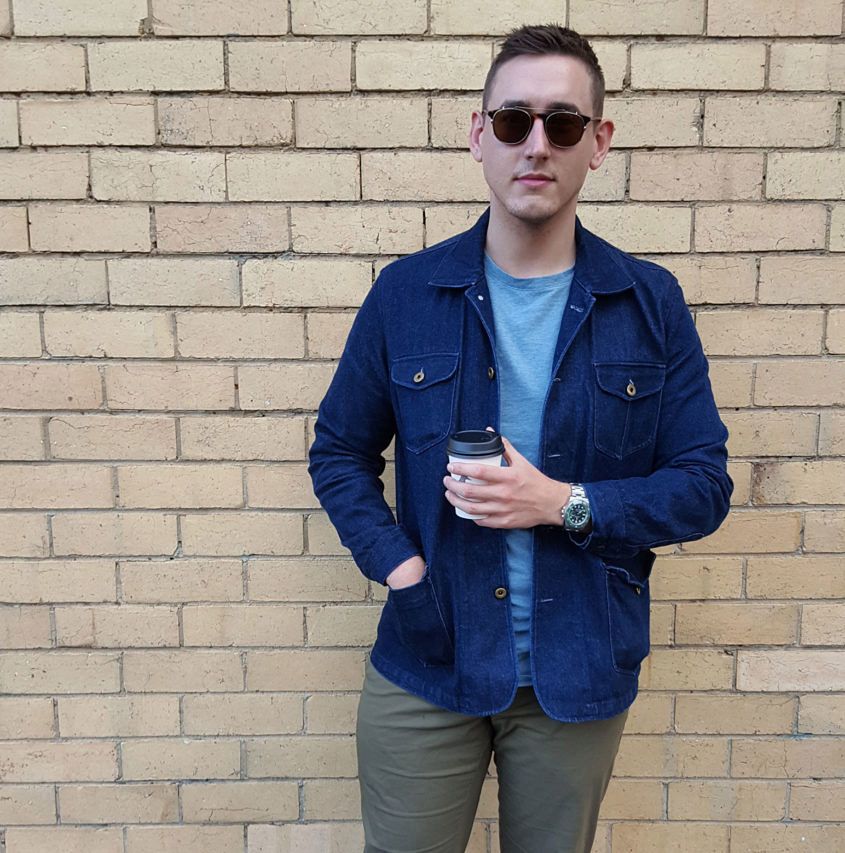 Til next month,
Andy