October was a crazy, crazy month, but before we dive in, I must address the bronze elephant in the room. Carl has gone, and he’s not coming back. Yes, our lucky survey winner (at odds of roughly 3000:1), chose the Oris Carl Brashear Limited Edition. 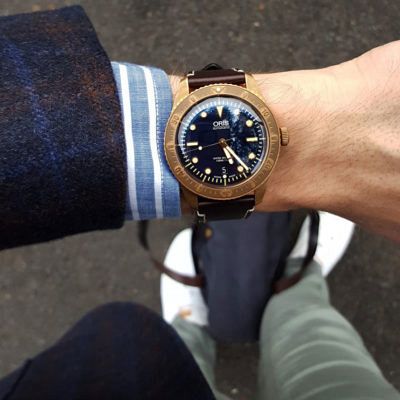 Alan from Sydney, you lucky bastard.

Anyway, back to it. This month you might’ve noticed me whipping around town in a Fiat 500x (yes, the viagra one), which quickly brought out my inner Italiano. I took Melbourne lawyer (and legend) Tom Le, along for a couple of  chap-laps and, high on endorphins from two recent purchases (a Kermit and a Batman),  it wasn’t long before we started plotting the next purchase. Currently, he’s torn between an Audemars Piguet Royal Oak Ultra-Thin, Patek Philippe Nautilus or Vacheron Constantin Overseas Chrono. Let’s vote later.

Me, playing Air Supply’s ‘All Out Of Love’ on loop as I deal my with my break-up from Carl / @Tom.Le_’s Panerai Pam 000 looking a treat

Long-time friend of Time+Tide, @Calibre11 stopped past HQ at the start of the month, with the obligatory brace of Heuers. The new Monza he was packing was a definite stand-out. Not only was it serial number 11, it had ‘calibre 11’ engraved on the caseback.

My regular Sunday brunch with the watch gang saw a lot of variety, and was the first time we’d all been together in quite some time. Sidd (@BridgeandBarrel) had freshly returned from the UK with some extra baggage – a Bell & Ross GMT. Having picked it up from a colleague over there, it was an exceptional purchase, and limited to 50 pieces. With nearly 10 years of study under his belt, Sidd’s about to complete his medical degree – so a graduation watch is on the cards (he’s currently eyeing off an IWC LPP or Mark XVIII).

We invited Ernie, hoping he’d bring his anniversary present – the IWC Top Gun Big Pilot Perpetual Calendar – but instead he wore his weapon of a Breitling, so I suppose we can wait until next month. 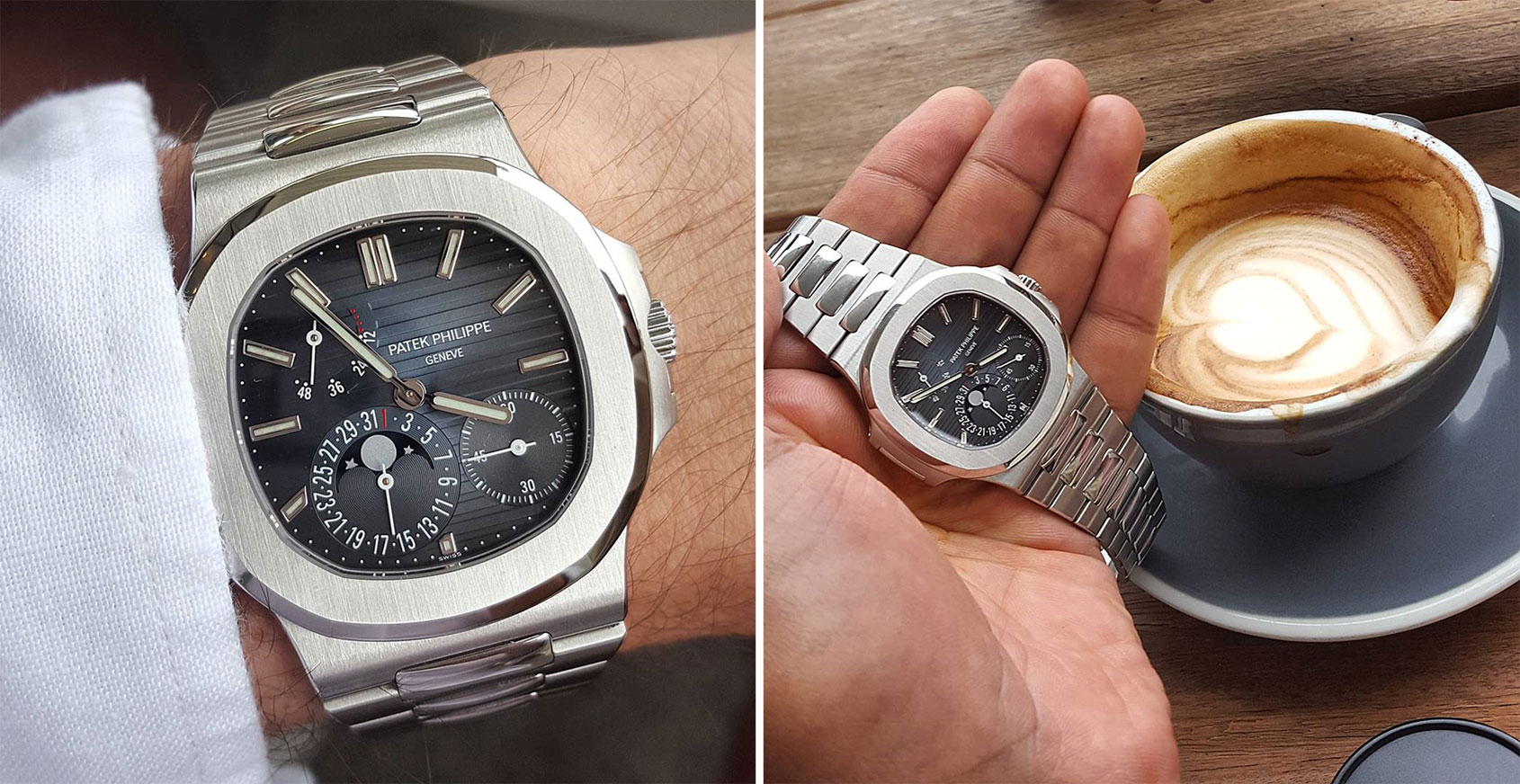 Bobby and his recently acquired Patek Nautilus were able to join us for lunch. It’s always great to see a mate acquire their grail, especially when it happens earlier than expected (he got bumped up ‘the list’). Next up will be an AP, whether it’s a Royal Oak Ultra-Thin, or ROO, he’s not too sure.

Me, Chase McQueen and Chad McQueen

I also had the pleasure of heading along to the MotorClassica 2016, thanks to TAG Heuer, where I spent some time with Chad McQueen and his son Chase. Naturally they were wearing Monacos, both very well-worn Calibre-12 models (Chad’s dial of choice was blue, with Chase opting for black).

I had a good chat to Chad, and found out that he saw the Monaco as a way of keeping his father’s spirit alive. As with a lot of heirlooms, such as Steve’s watches and cars, the sentimental and actual value means they’re not suitable for everyday wear. This is where the modern Monaco models and the relationship with TAG step in: “What I love about my Monaco is that I can wear it every day, I beat the shit out of it, and it keeps on ticking.” Chase’s relationship with the Monaco is a little more complex. He never met Steve, so the family ties and heritage behind the Monaco offer a way for him to connect with his grandfather. “For me it’s cool – I don’t think many kids whose grandparents pass away at an early age get to really understand what they’re about, they don’t get to see them talk or move. It’s pretty interesting for me to see that and to be able to learn about him.”

Asked how if feels to see a Monaco on a stranger’s wrist, Chase responded, “It’s crazy, he’s from before my Dad’s generation and there are still kids my age who appreciate what he’s done – it’s really touching.”

Anyway, to wrap things up – I’ve definitely had both hands full this month, see you in time for Christmas. 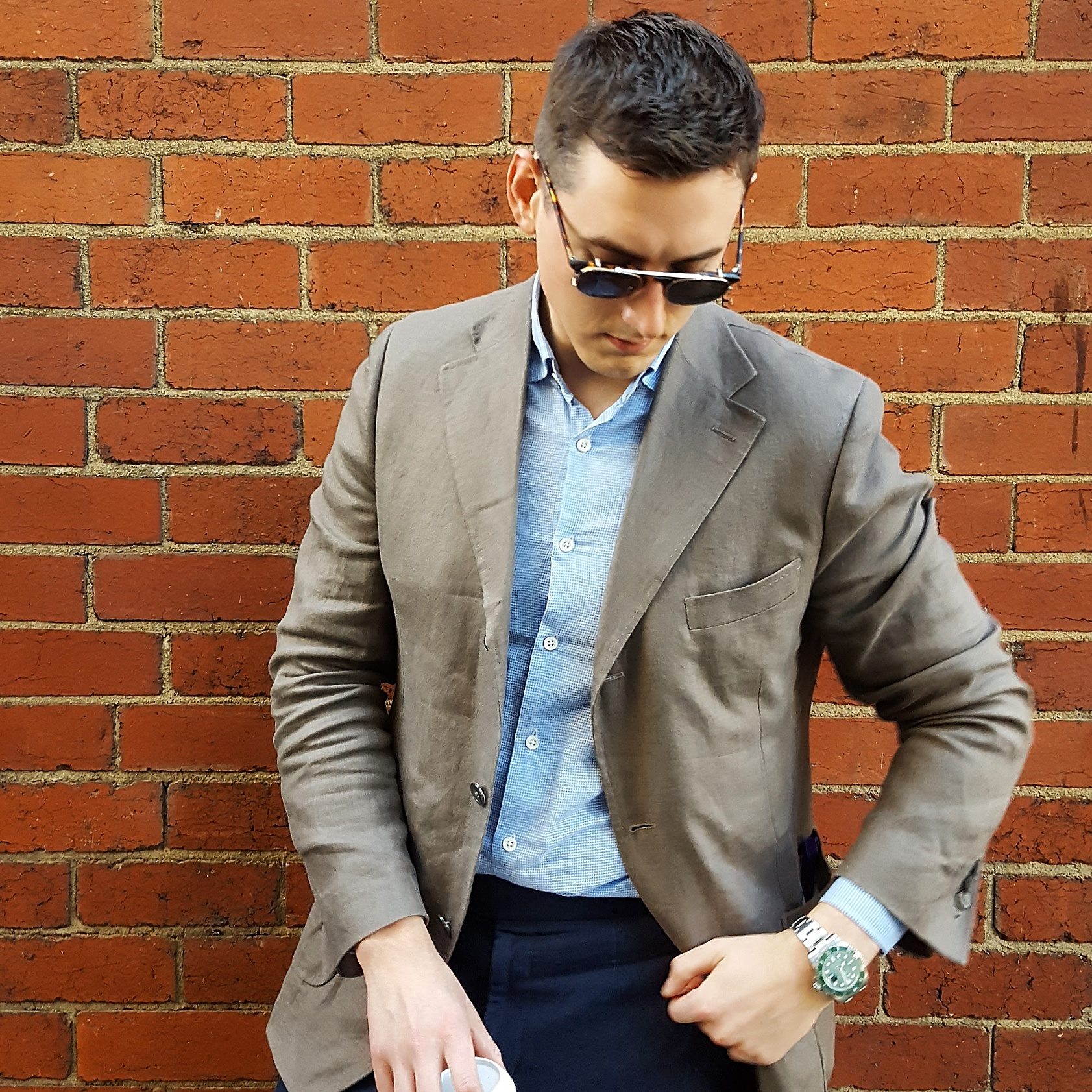