The Seiko x Sega 60th Anniversary Chronographs are worth a trip to Japan, if you can get there in time

Japanese arcade gaming doyen Sega is celebrating the big SIX ZERO this year, and compatriot Seiko has decided to mark the occasion with not one but two new limited chronographs. 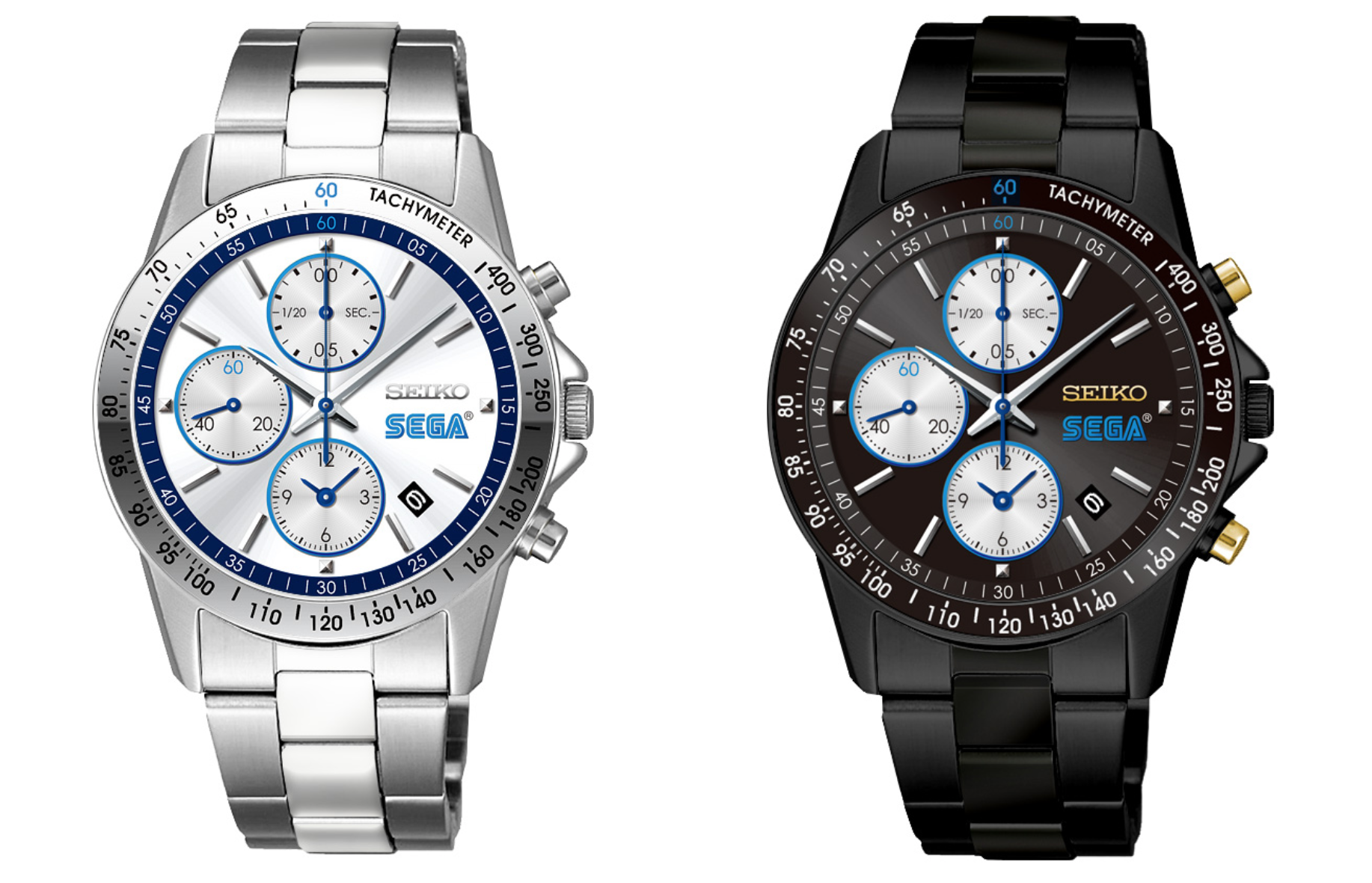 The special chronos are hewn from stainless steel and stainless steel with a blackened hard coating, and measure in at a surprisingly middling 38.5mm across and just 9.6mm thick. Both cases are capped with a flat Hardlex crystal and, rather neatly, are also water resistant to 100 metres. 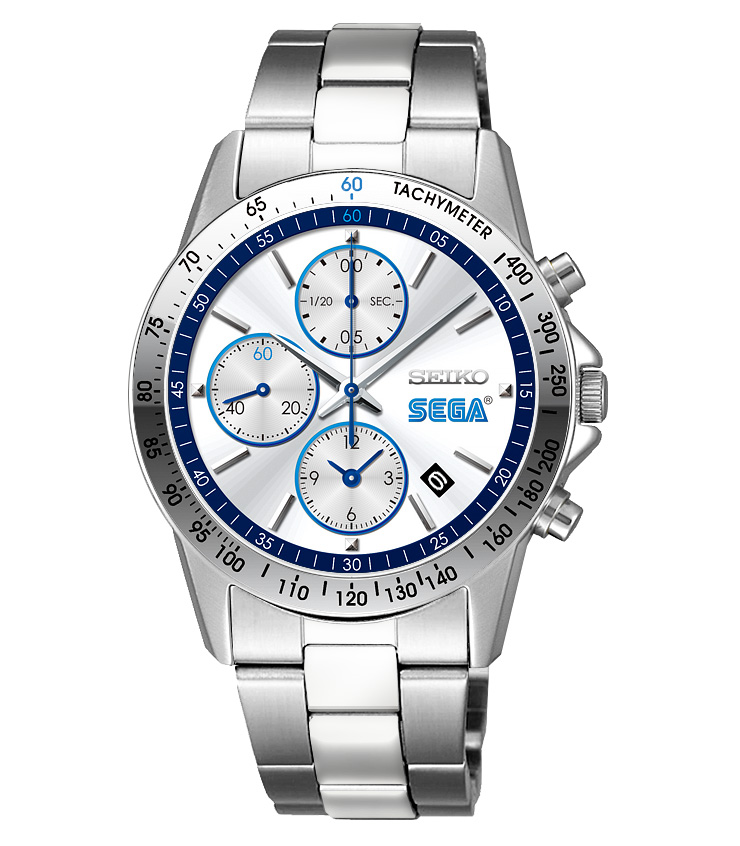 “GO SEGA” has been engraved into the casebacks in the quintessential Sega font, along with a unique serial number. Likewise, the bracelet deployant clasps also feature the “GO SEGA” lettering, which has been etched using lasers. 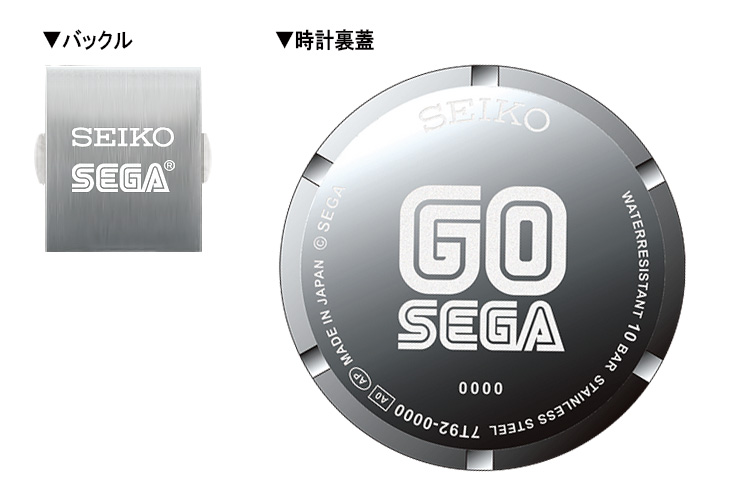 Fans of the gaming firebrand will also love the dials of both these watches, as they’ve been adorned with the classic blue Sega motif, which sits at three o’clock, directly below the applied Seiko logo. Iconic logo aside, the dials of these steely chronos appear to be quite handsome, featuring radial sunburst bases, splashes of Sega blue and concentrically patterned sub-dials located at 12, 6 and 9 o’clock that portray a 1/20th second totaliser, 12-hour totaliser and running seconds, respectively. 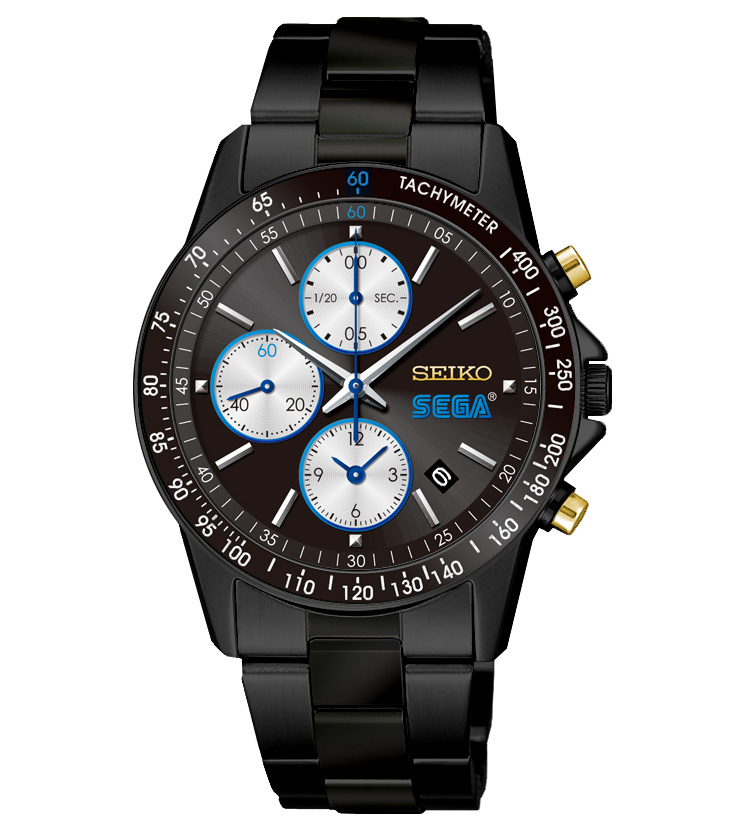 Powering the chronos is Seiko’s hardworking Calibre 7T92. This quartz-powered movement serves up some impressive features that include the aforementioned chronograph complication, date complication, and accuracy rating of +/– 15 seconds per month and three years battery life. 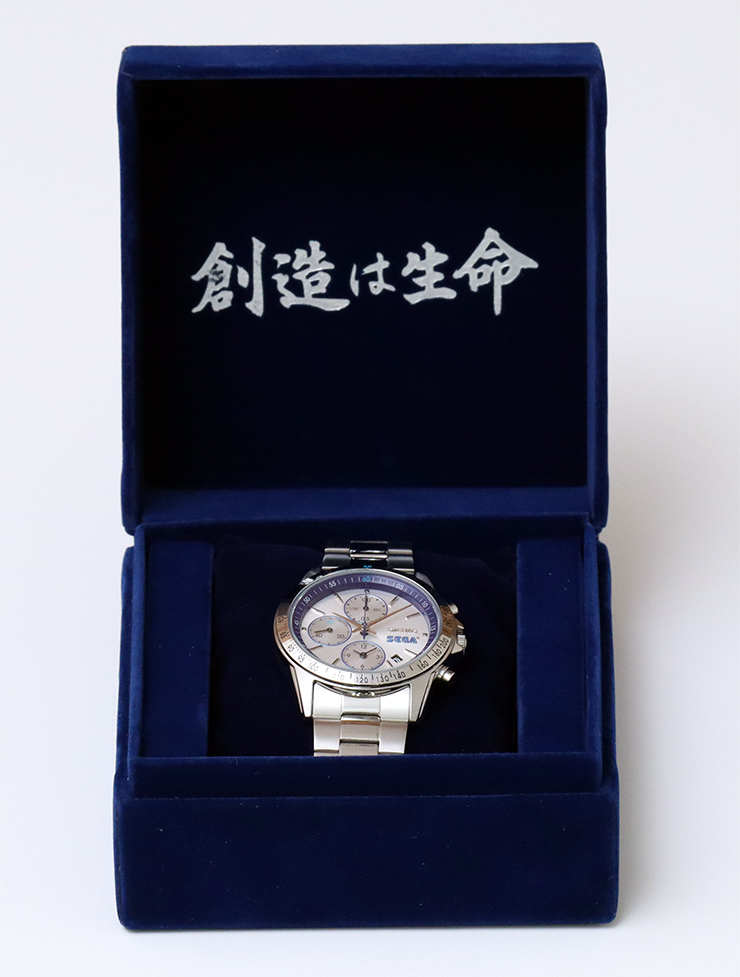 Annoyingly, these limited edition beauties are only being produced for the Japanese domestic market, with 800 examples of the steel iteration and just 400 examples of the black steel model being slated for production. They’ll set lucky owners back around 800 Aussie dollars, which isn’t bad, all things considered. 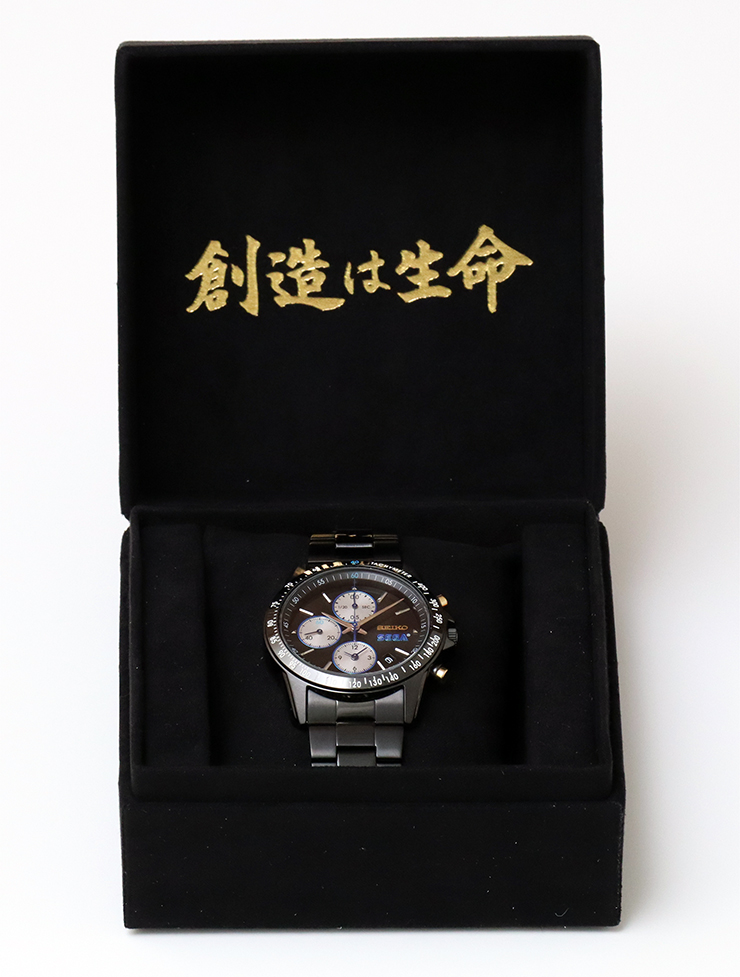 Now the difficult wait and search begins, trying to track down one of these chronos on the grey market … game on!