Editor’s note: Seiko’s limited editions are pretty legendary, and for good reason. Some of the most coveted are those in the sporty Prospex line. Like this Seiko Samurai ‘Save The Ocean’ SRPC93K … 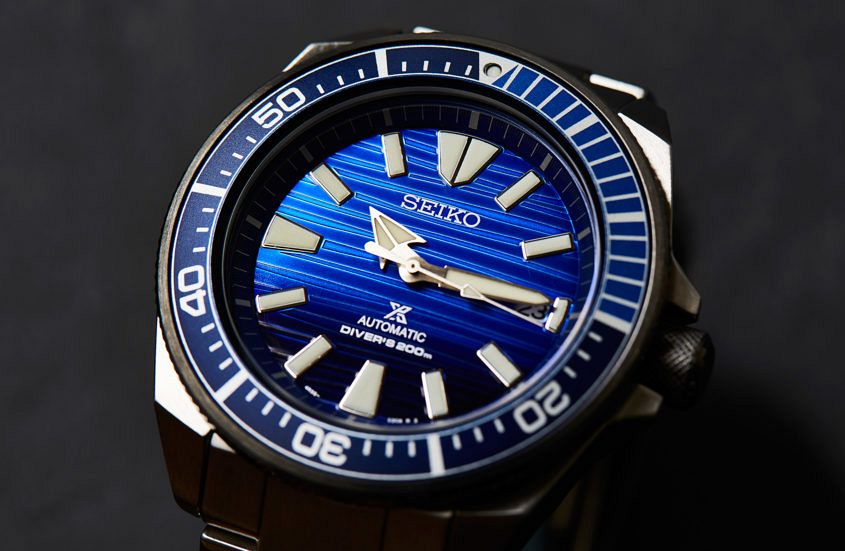 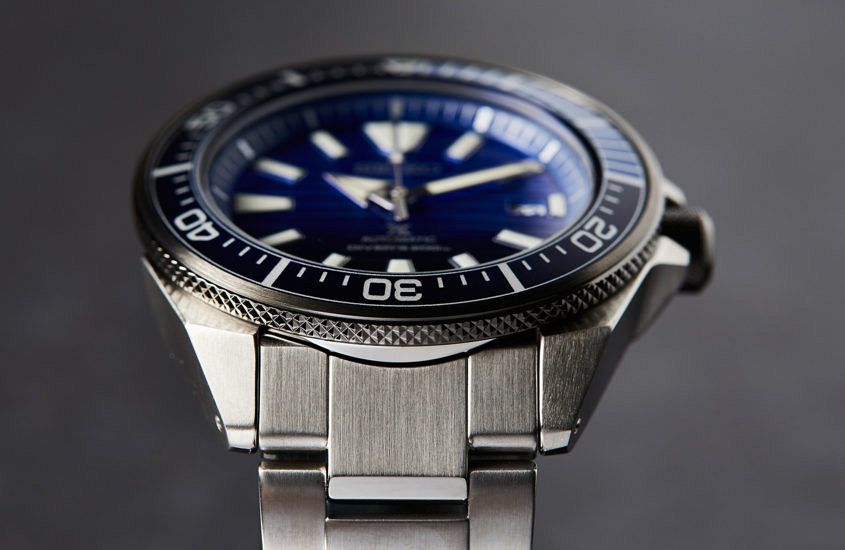 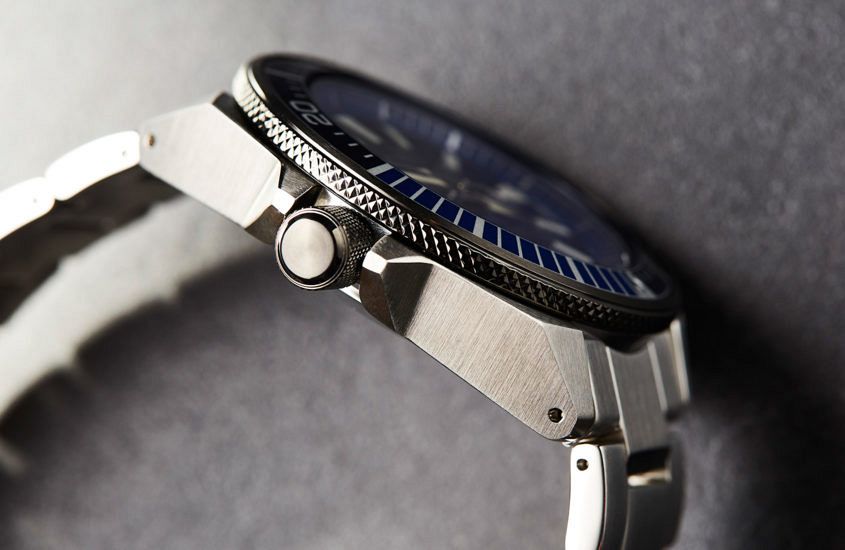 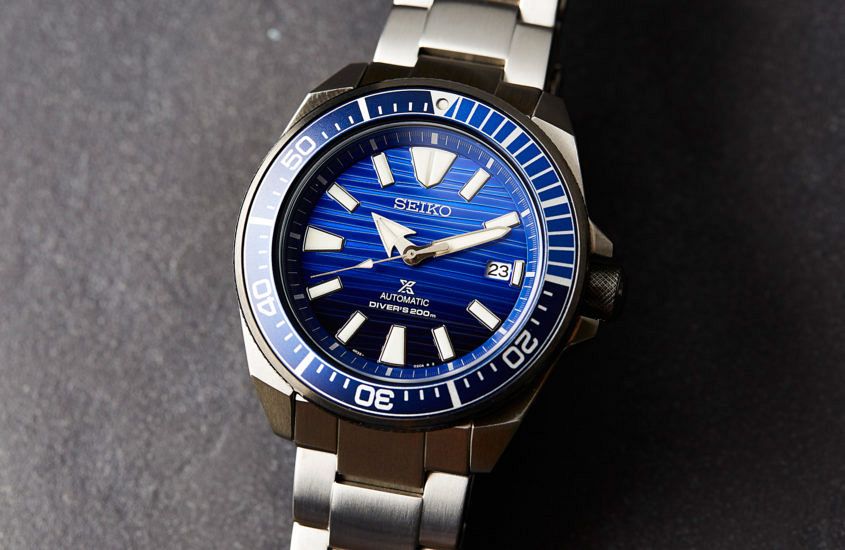 Here’s where it starts getting fun. As far as Seiko’s limited-edition dials go, this one is pretty out-there, in the best way possible. It’s a graduated bright-aqua-to-almost-black dial, evoking how the sea changes colour the deeper it gets. On its own, this is a strong enough look, but Seiko has added some distinctive, organic, horizontal stripes that resemble waves or the distinctive ventral pleats on the jaw of a mighty blue whale. These marks add depth to the richly lacquered dial. The large applied hour markers and hands are chock-a-block full of Seiko’s own luminous material, LumiBrite, and is ready to glow at a moment’s notice; in the dark (or even the shade) this green glow adds to the aquatic feel. The aluminium bezel is of a matching blue to the dial, predominantly dark blue, with the first 15 minutes of hash marks a lighter shade. This is a special dial. Perhaps a bit too bold for some tastes, but a real beauty. 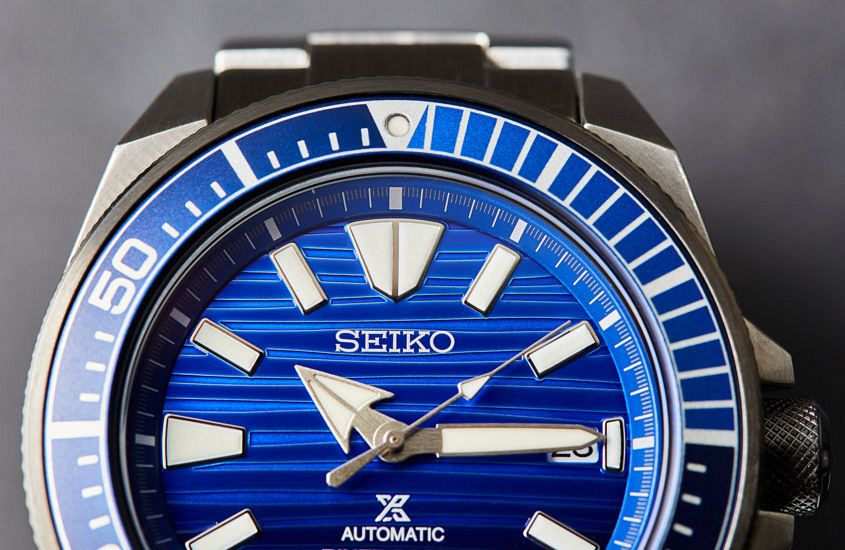 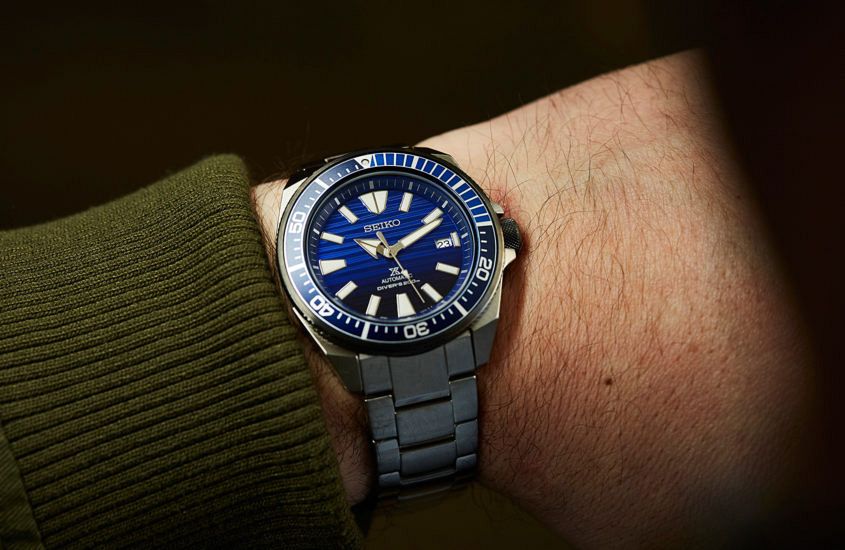 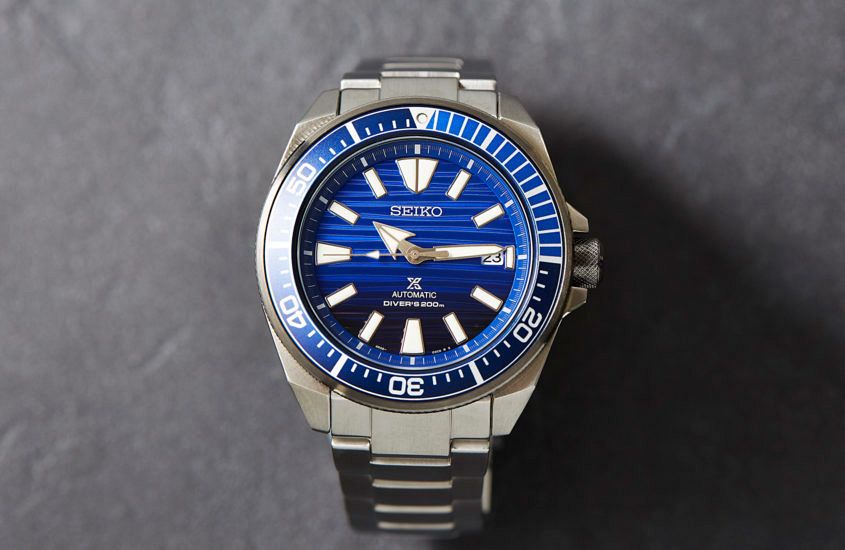 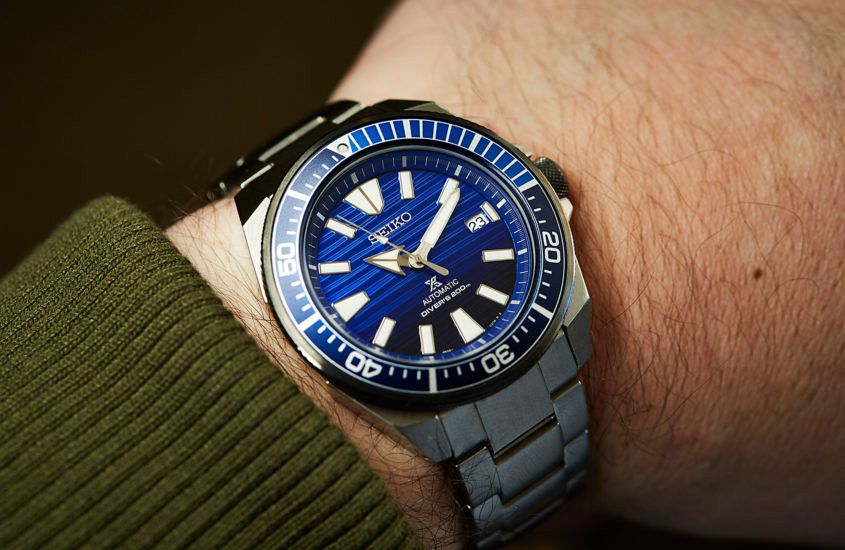 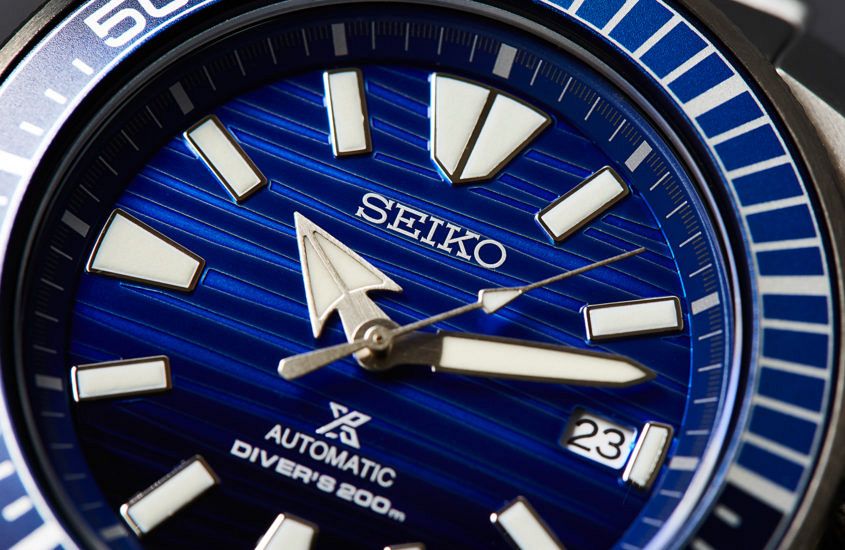 Not much to be honest. At this price it’s a pretty solid package. One thing that might have been cool (but perhaps OTT) would have been to have blue-tinted hands and markers.