Blancpain, Rolex, Omega, DOXA … these are the watchmakers we normally associate with being the doyens of creating dive watches. However, as Seiko is keen to point out in their latest trilogy release, the Japanese firm has been deeply submerged in the art form of birthing amphibious timepieces for quite some time too – 55 years to be precise. 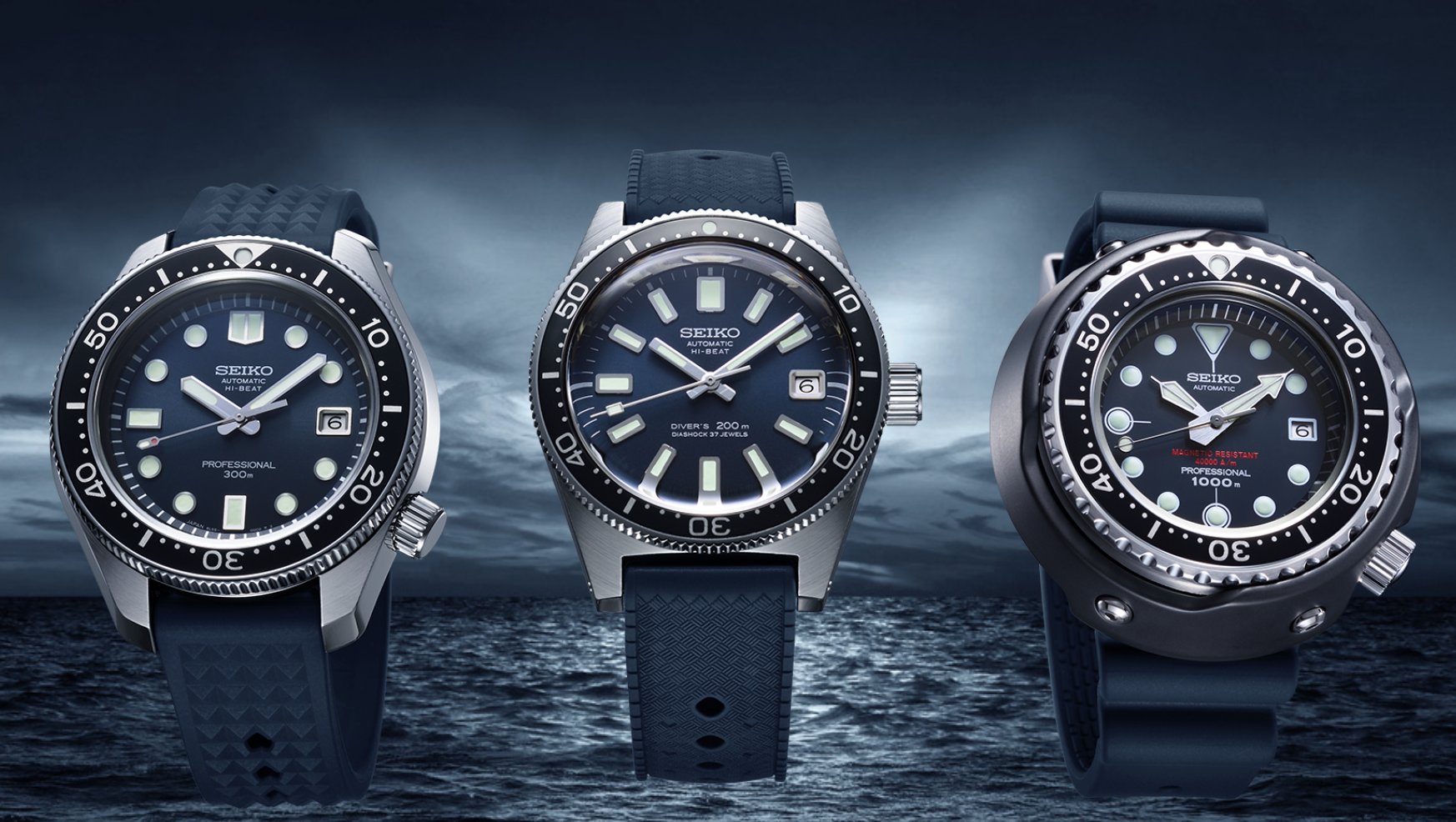 The three new limited editions in question, called the 1965, 1968 and 1975, aim to celebrate not only Seiko’s first-ever dive watch but also their first decade of creating water-resistant timepieces. But, while the three watches have been very closely styled to pay homage to the original pieces on which they are based, the watchmaker is keen to point out that aside from the retro-styling, both the outer exteriors, as well as the innards of the timepieces, are entirely modern.

And chief among these contemporary characteristics is an innovative type of steel Seiko has called “Ever-Brilliant Steel”. According to the watchmaker, this new material, which has never been used in the construction of a wristwatch before, is so-called for its brilliant white hue and peerless level of corrosion resistance. The Ever-Brilliant Steel will be used in the case construction of both the 1965 and 1968 models, while the 1975’s bezel will utilise the steel in conjunction with a titanium case.

There’s a lot to unpack with these watches, so we’re going to run through each of them, and try to fathom why they cost so damn much. 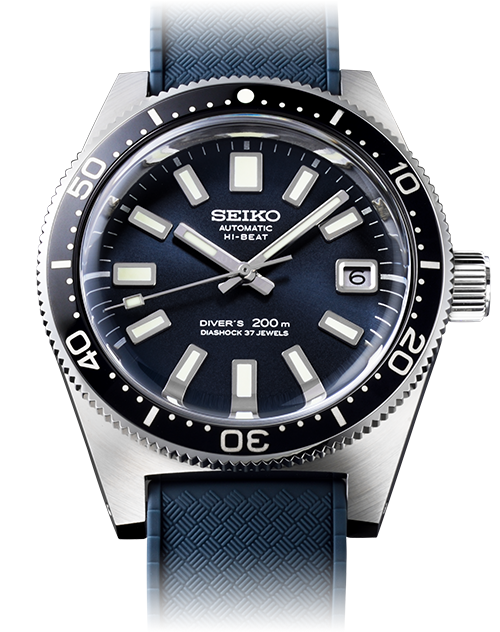 The first of the trio of limited edition amphibious watches is this, the Seiko Prospex SLA037J1. Called the 1965 Diver’s Re-creation, this is a modern interpretation of Seiko’s first-ever dive watch, which, rather interestingly, was used by the Japanese Antarctic Research Expedition from 1966 to 1969. SLA037J1 utilises an almost exact case design to that of the original, however it now measures in at 39.9mm – up 1.9mm from the OG’s 38mm case.

This new model also does away with the grey dial of the vintage timepiece in favour of a sunburst “Blue-Gray” dial, although, the thick ingot-like indices and baton-style handset remain unchanged from the original, and are now filled with Seiko’s own LumiBrite. Inside the well-proportioned case you’ll find the watchmaker’s tried-and-true Calibre 8L55, a self-winding workhorse of a movement that’s accurate to +15 to -10 seconds per day and has a power reserve of roughly 55 hours. 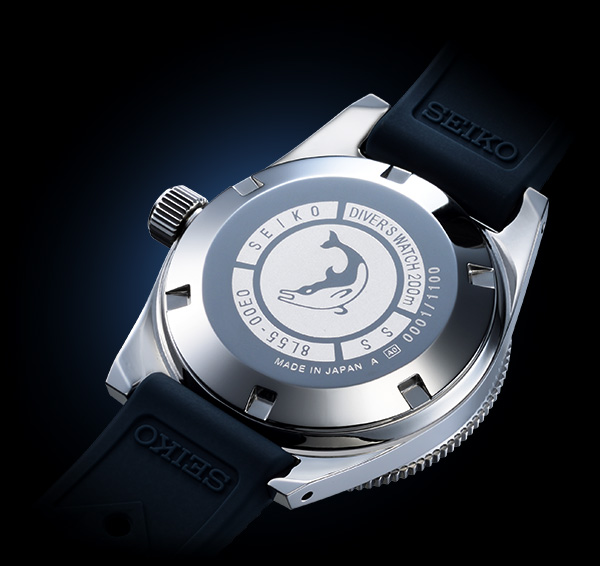 Thanks to a screw-down crown and caseback, water resistance is rated at 200 metres (up 50 metres on the OG) and, when paired with the almost ink blue silicone band, SLA037J1 is a good-looking watch, no question. Just 1100 examples of this watch will ever exist, and if you like it, we concur. But it is a bit of a bitter pill to swallow when you realise the retail price is a not unsubstantial $9750. 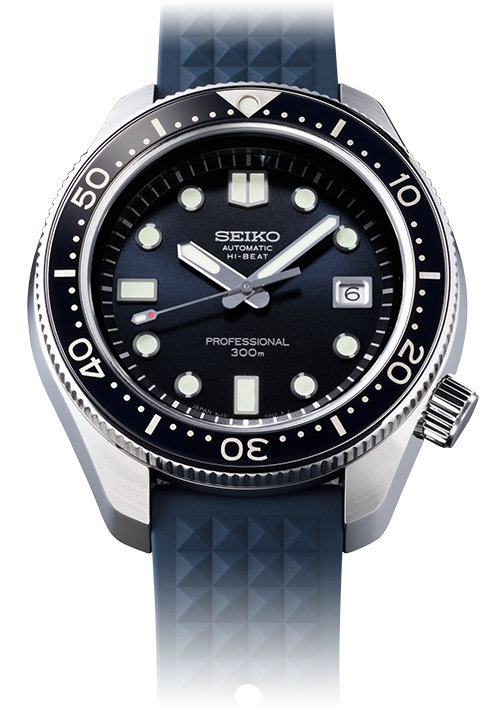 Paying homage to the first-ever Seiko dive watch to employ the watchmaker’s fabled hi-beat movement, the Prospex SLA039J1 is a handsome revival of the original 1968 model. Seiko has really gone to town on the avant-garde upgrades to this watch, though, with the firm now saying this timepiece can comfortably be worn by saturation divers, thanks to the use of a complex monobloc case construction, as well as a screw-down crown and caseback. All this high-tech wizardry has resulted in the Prospex SLA039J1 being good for 300 metres/1000 feet of water resistance.

The modern accoutrements continue with the unidirectional rotating bezel that is treated to a LumiBrite coating and a dual-curved sapphire crystal which has been given an underside anti-reflective coating, ensuring that this watch has optimum levels of legibility under water. Like the 1965 Diver, the 1968 has scored the same Calibre 8L55, which means performance stats remain the same. 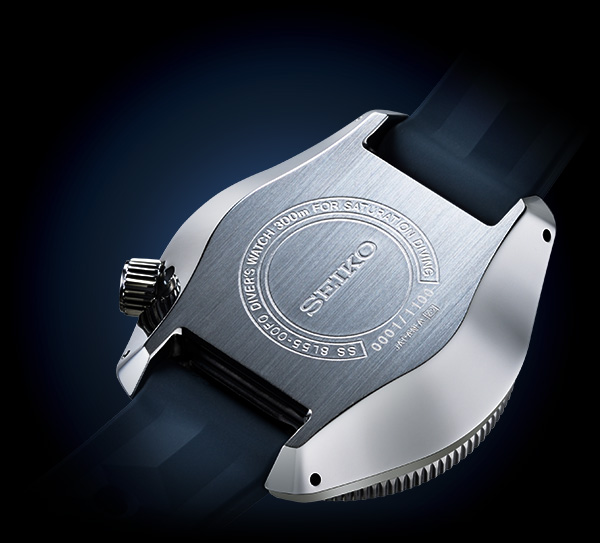 Likewise, the 1968 scores the same sunburst “Blue-Gray” dial, and is adorned with the same distinctive handset and indices as the original, red dot on the seconds hand and all. Unlike the 1965, though, the 1968 is a timepiece not for the faint of wrist, measuring in at a sizeable 44.8mm across and 15.7mm thick. Also limited to just 1100, the Seiko Prospex SLA039J1 has a recommended retail price in Australia of $10,500. 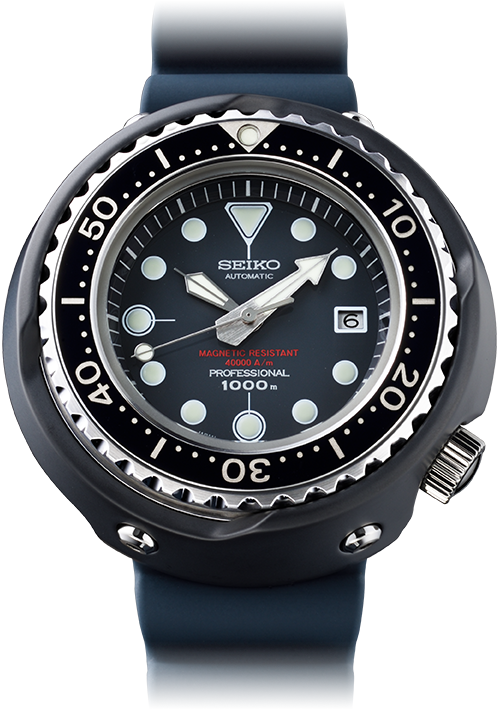 Last and definitely not least — considering the titanium case of this watch measures in at a gargantuan 52.4mm wide and 17.2mm thick — the Seiko Prospex SLA041J1 is a dive watch on anabolic steroids. Let us explain: it’s not just the case size that’s whopping, it’s also the water resistance. This timepiece has a water resistance rating of no less than 1000 metres/3300 feet. 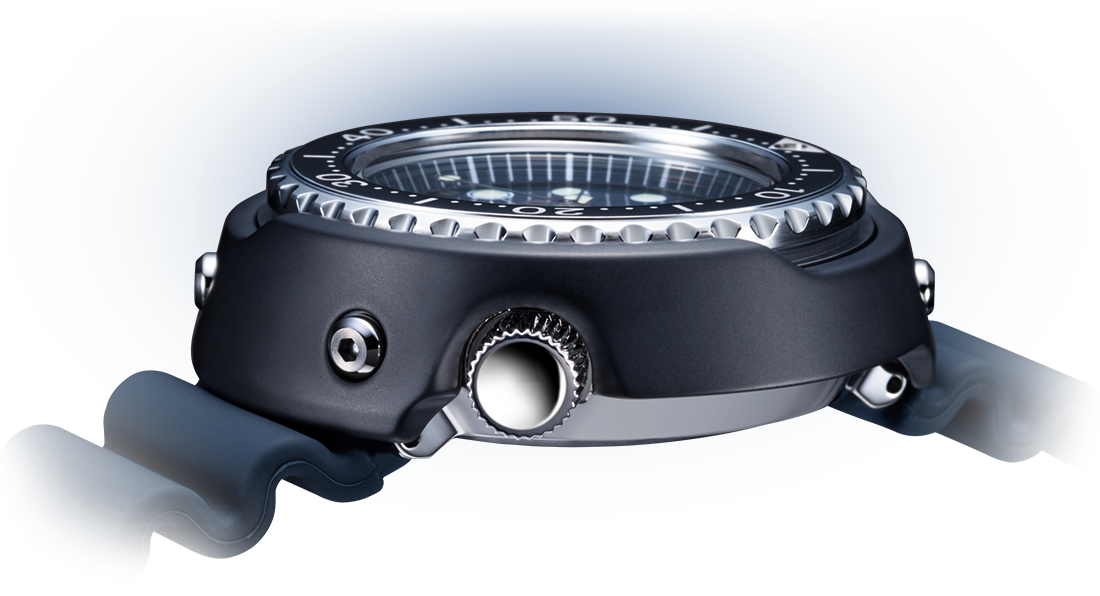 The SLA041J1 pays homage to the first-ever dive watch to use a titanium case, which was unveiled by Seiko way back in 1975, after the watchmaker had been commissioned by a Japanese diver to create a timepiece that could withstand the pressures of 300-plus metres below sea level. Like the original, this new watch is meant for the real nitty-gritty saturation divers of the world, and thanks to a solid monobloc titanium case with zirconia ceramic outer case and a unique “L-shaped” helium escape valve, it would appear it’s more than up to the task. 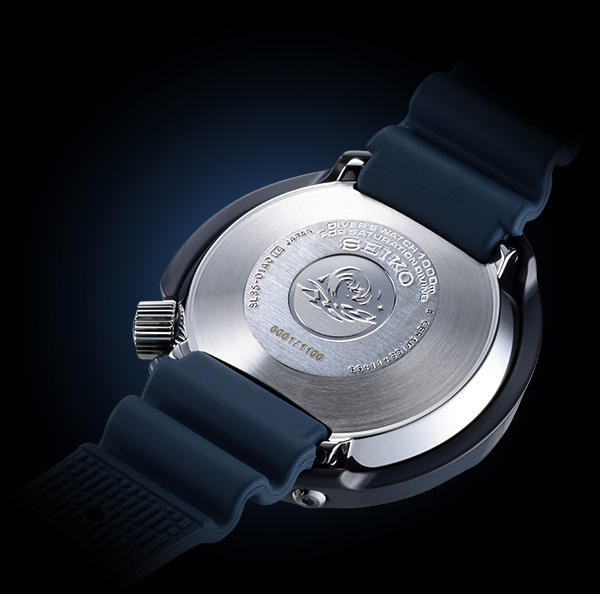 Housed inside the monolithic case is Seiko’s manufacture calibre 8L35. The self-winding movement is good for roughly 50 hours of power reserve and an accuracy rating of +15 to -10 seconds per day. Like the original, the SLA041J1 is affixed with the same silicone accordion-style rubber band. And, like the other two homage pieces, the Seiko Prospex SLA041J1 is limited to just 1100 examples and it has a recommended retail price of $6950.

For those who aren’t diehards of the brand, these prices are perhaps going to be a bit of a shock. But for those in the market for a timepiece that is uniquely Seiko and also has a shedload of heritage and capability, the limited edition 1965, 1968 and 1975 timepieces are compelling.