The 30-year wait is over. Liverpool are Premier League champions, having clinched the title with a record seven games of the season to spare. 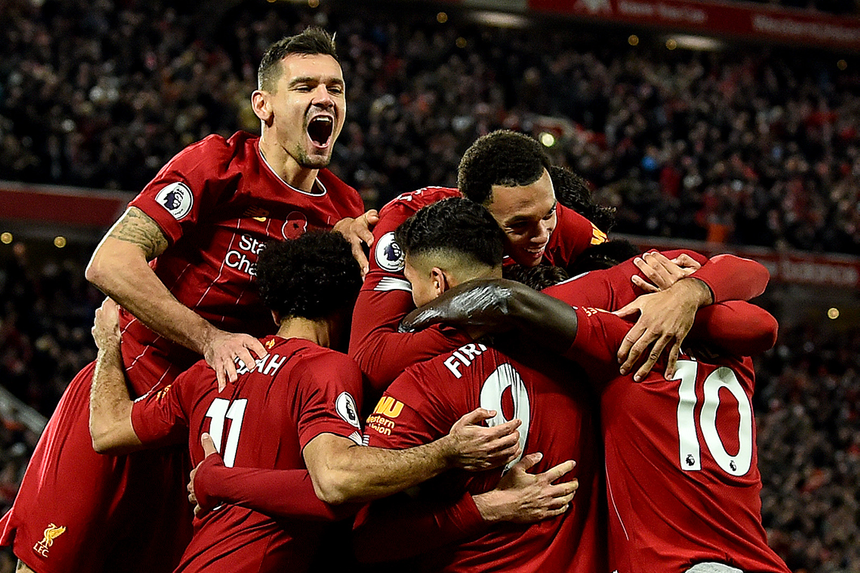 Frankly, it turned into an annihilation. Jürgen Klopp’s team won 26 of 27 league games from August to February 28 and haven’t lost at home in the league for three whole years. Right now they are English, European and World champions. But how does the team’s wrist game stack up? 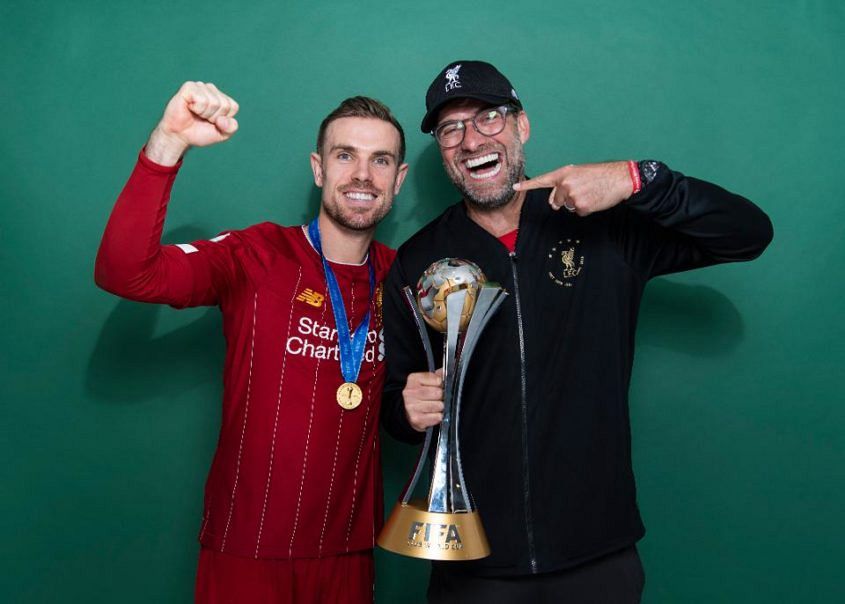 Usually when a team is this dominant, the resentment of rival fans curdles into animosity. But it’s impossible to dislike Klopp. The charismatic German manager with the megawatt grin has revolutionised the Premier League with his “heavy metal football”, characterised by insanely attacking full-backs and a high-pressing, full-throttle style. 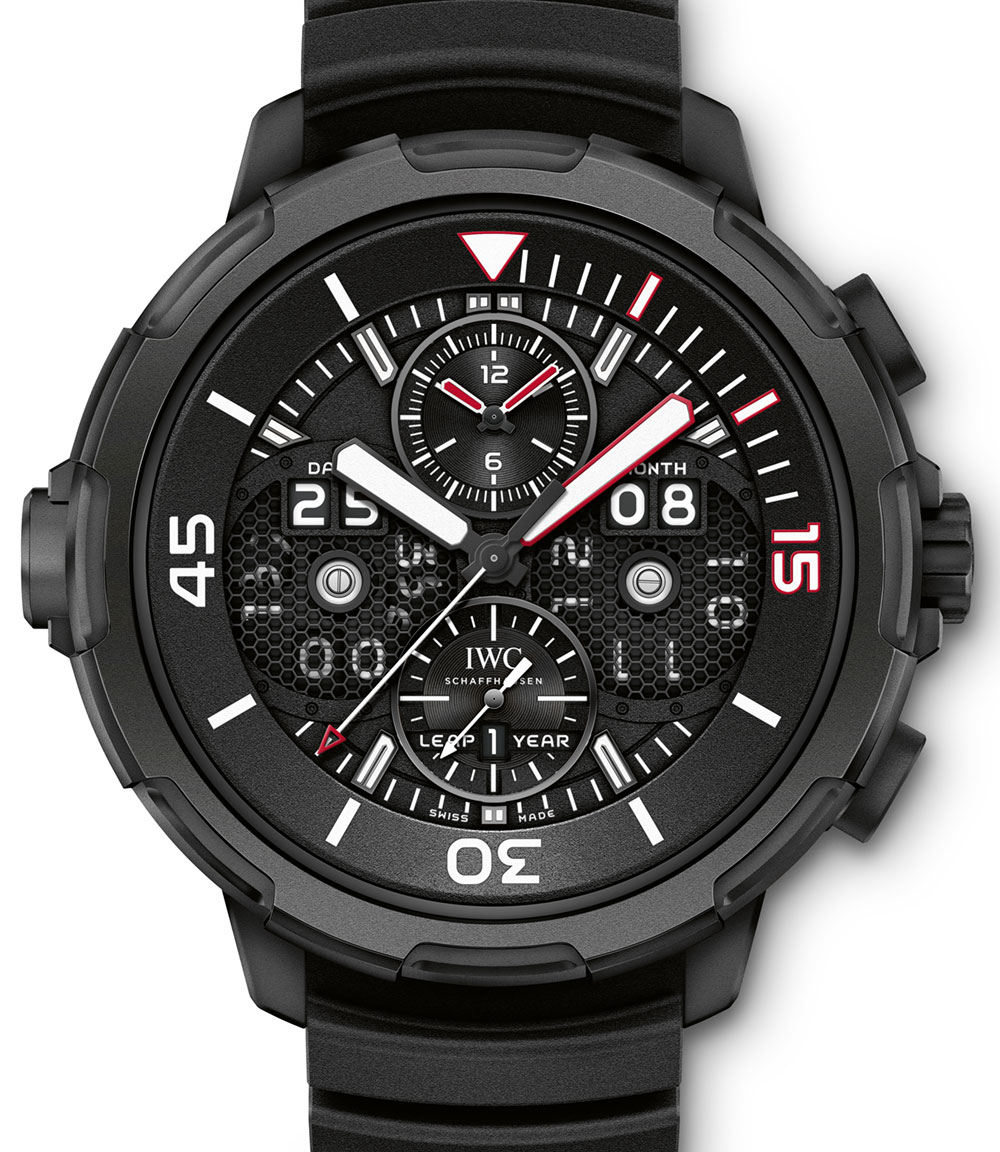 Excitable and demonstrative, Klopp is not a man of great subtlety, so he’s happy wearing this extra-large watch. The 49mm case of this IWC Aquatimer houses multiple complications that include an unusual perpetual calendar in which the date, month and leap-year indication are all represented digitally. Made out of IWC’s Ceratanium alloy (a special combo of titanium and ceramic), only 50 of these models were made. This rarity value feels somehow fitting for a true maverick genius like Klopp. 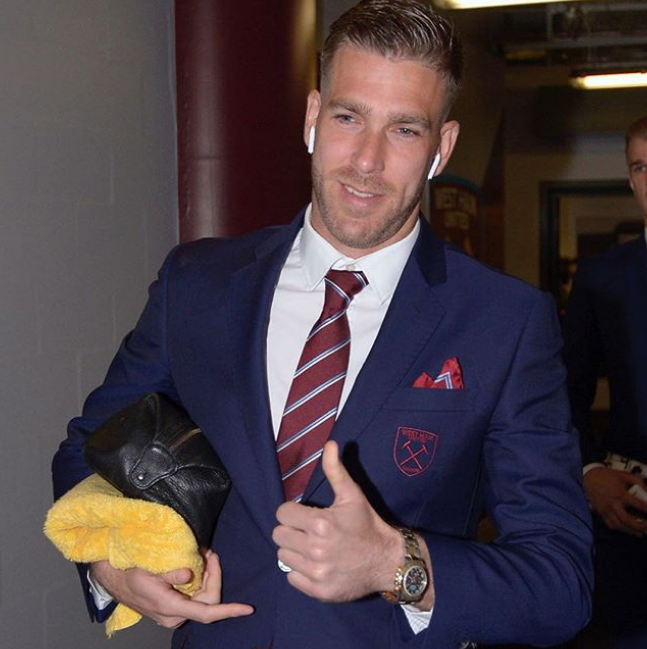 The Brazilian goalkeeper has proved a massive upgrade on Loris Karius whose cartoonish blunders in the 2018 Champions League Final handed Real Madrid the title. Adrián is superior in every department and has given the Liverpool backline a dependable bedrock on which to build. 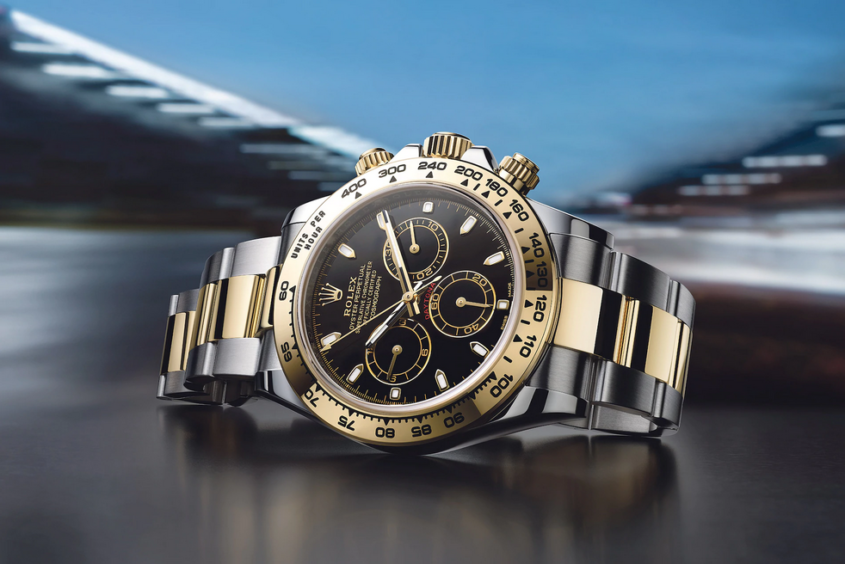 The goalkeeper plumps for one of the flashier Daytonas, with the black dial accentuated by the gold bezel and two-tone bracelet. But it’s no surprise that Adrián enjoys a bit of razzle-dazzle when he’s a keeper who can set up (and celebrate) goals like this. 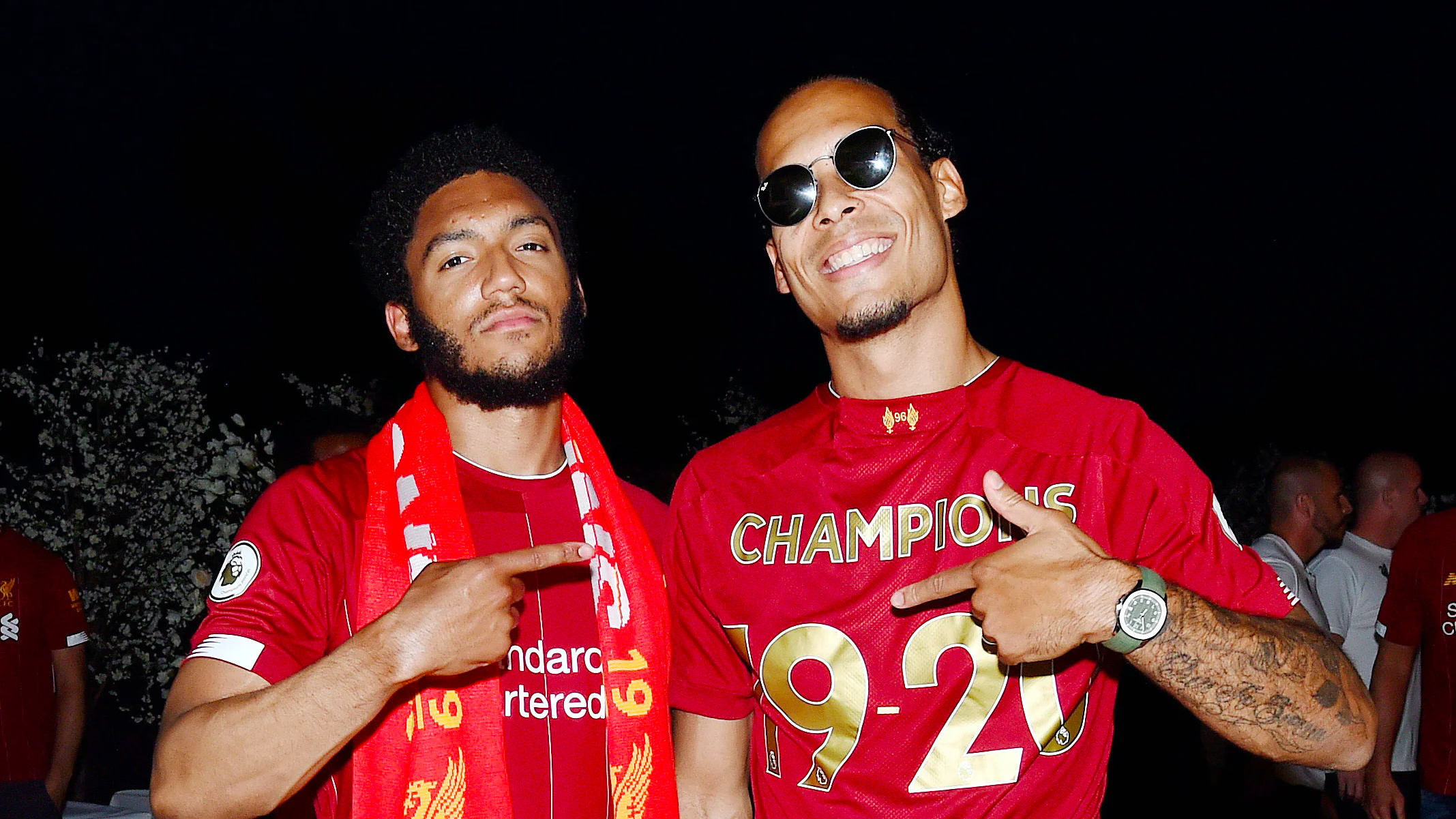 Finishing second to Lionel Messi in the 2019 Ballon d’Or, van Dijk has become the ultimate centre-back. Comfortable on the ball and as big as a house, the Dutchman is startlingly quick, too – he was recorded as being the fastest player in last season’s Champions League.

Fittingly, he wears a top-shelf sports watch that also combines dynamism and elegance. Housed in an 18k white-gold case, the standout details of the Aquanaut’s latest incarnation is the finely embossed checkerboard dial that gives the impression of a super-deluxe hand-grenade. These singular looks are made even more distinctive by the khaki green colour code that deflects attention from the not inconsiderable price tag. 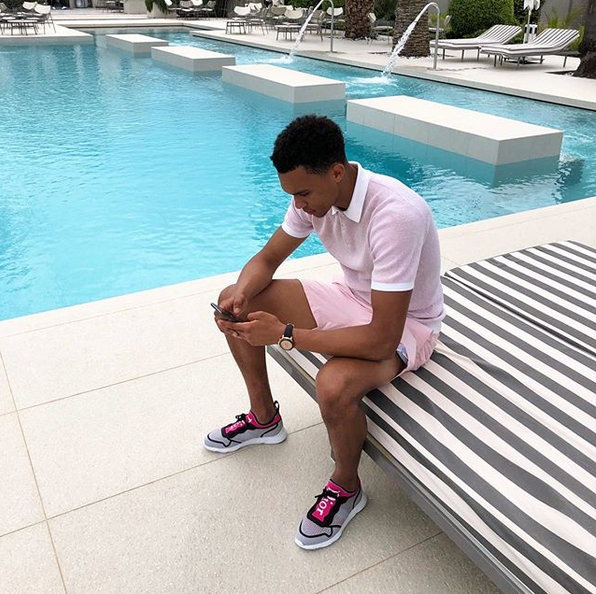 The young English defender is redefining the full-back role with his attacking vision and wand of a right foot. This season he’s already set up 12 goals, equalling his own record for the number of Premier League assists by a defender. The really exciting bit? He’s still only 21. 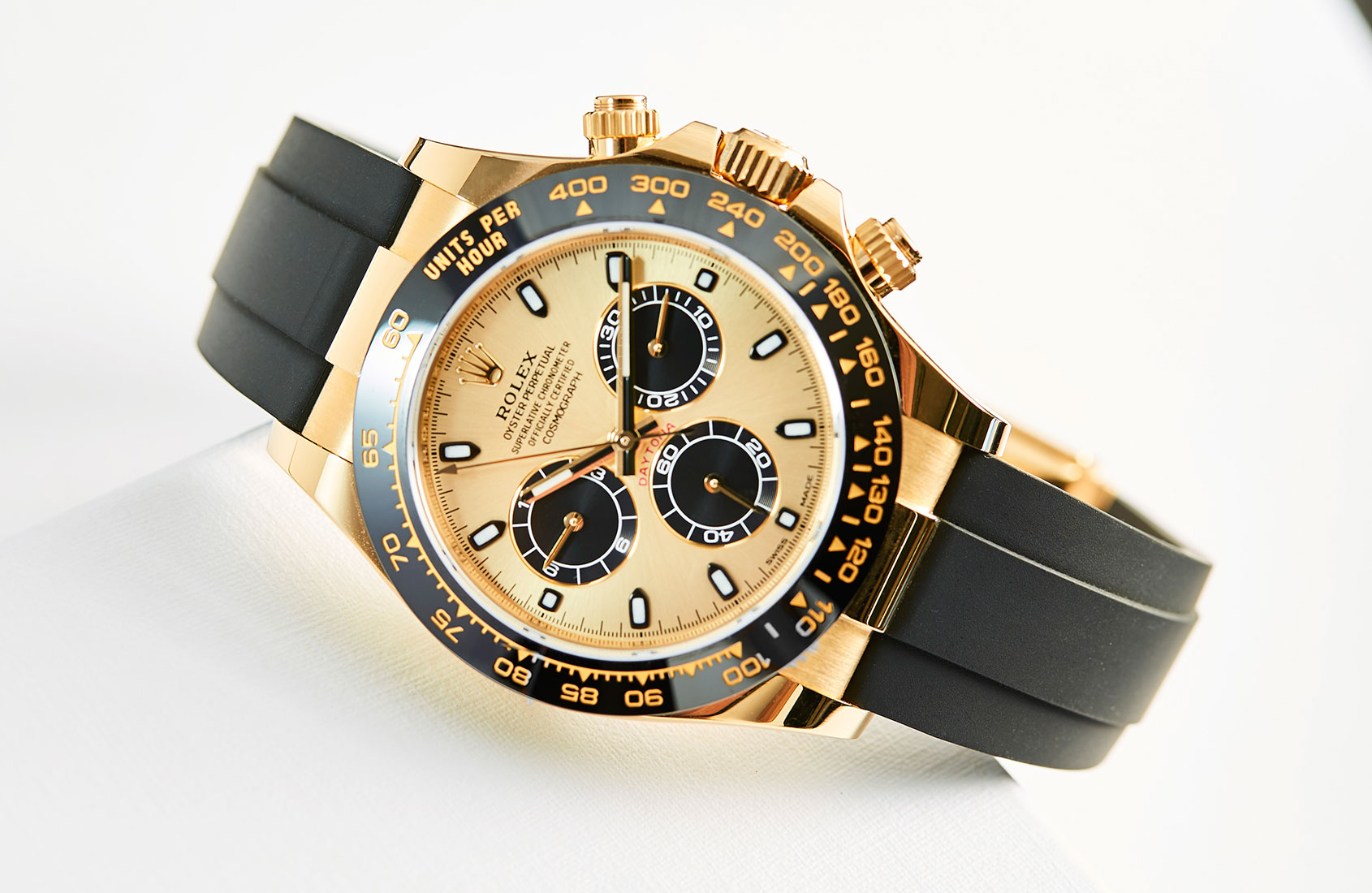 Alexander-Arnold knows how to pick a watch as well as a defence-splitting pass. This Cosmograph Daytona is a modern take on the powerhouse chronograph, with its high-contrast black and gold colour scheme and blend of materials including ceramic, gold and rubber. The Oysterflex band — Rolex’s super-premium take on rubber — tones down the bling to deliver a watch that’s both sporty and luxurious. 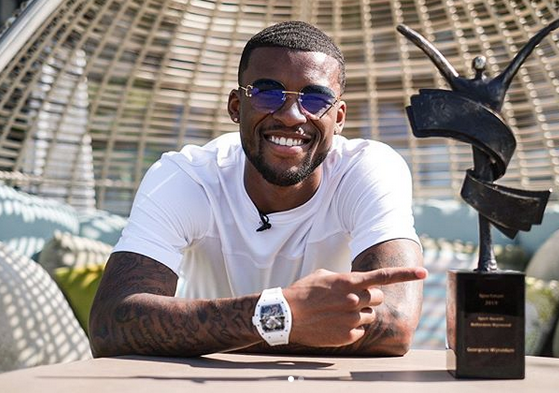 Often overshadowed by his flashier teammates, the Dutch international has proven himself to be an integral cog in the Liverpool machine and, at the time of writing, has made more league appearances for the Reds than any other midfielder. Capable of weighing in with crucial goals — as his brace against Barcelona in last year’s Champions League semi-final proved — Wijnaldum is one of Klopp’s most trusted lieutenants on the pitch.

Despite his comparatively low profile on the pitch, the Dutchman’s watch is a real head-turner. Richard Mille specialises in combining high-tech materials and this piece, limited to just 30 pieces, is no exception. 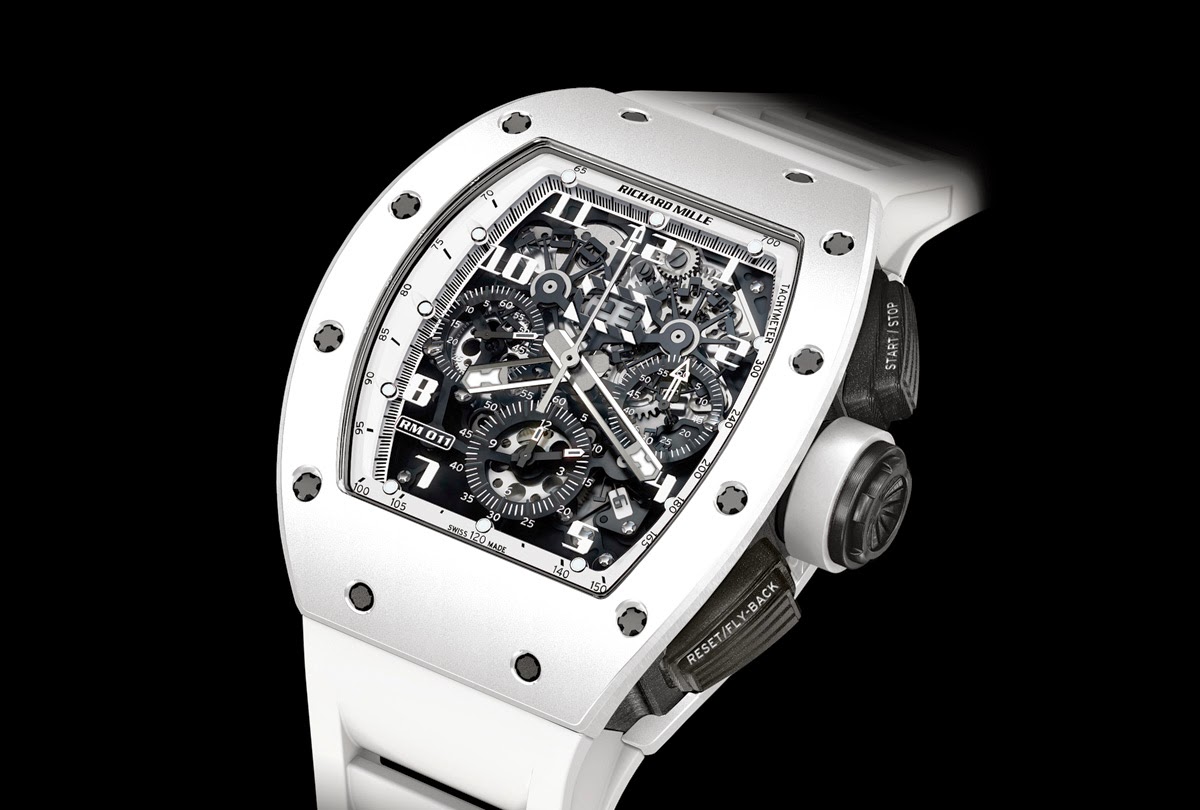 The case is made from scratch-resistant TZP ceramic that’s sandblasted for a matte finish while the centre caseband, crown and pushers are crafted from NTPT® (North Thin Ply Technology) carbon that is commonly used in aerospace and Formula 1 racing. Suffice to say, this doesn’t come cheap: the price is US$160,000. 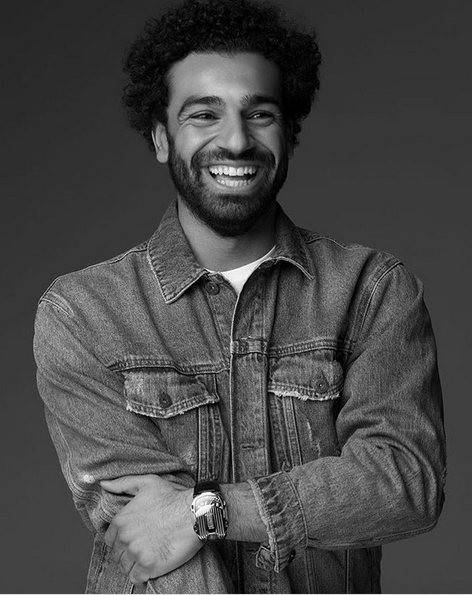 Only two players, Alan Shearer and Thierry Henry, have ever won the Premier League Golden Boot award in three consecutive seasons. Don’t bet against Mo Salah doing the same. The Egyptian’s spectacular consistency flies under the radar, but he’s the first Liverpool player since Michael Owen to hit 20 goals in three successive seasons. 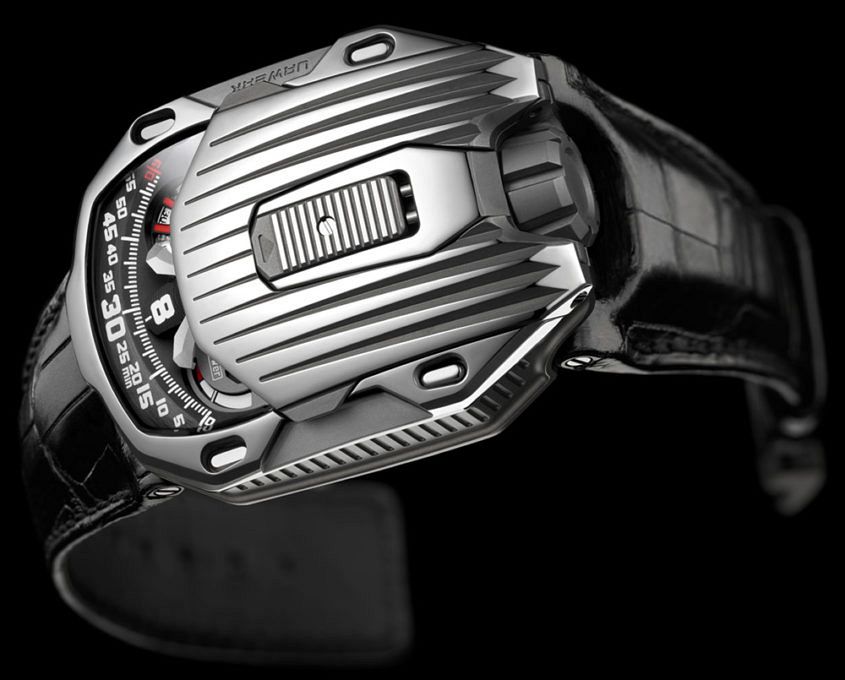 Salah is a rare talent, in other words, and his watch from Geneva-based indie watchmaker Urwerk isn’t run-of-the-mill either. The Geneve UR-105 CT is supposedly meant to evoke the Art Deco architecture of New York. Don’t worry, we can’t quite see the resemblance either … 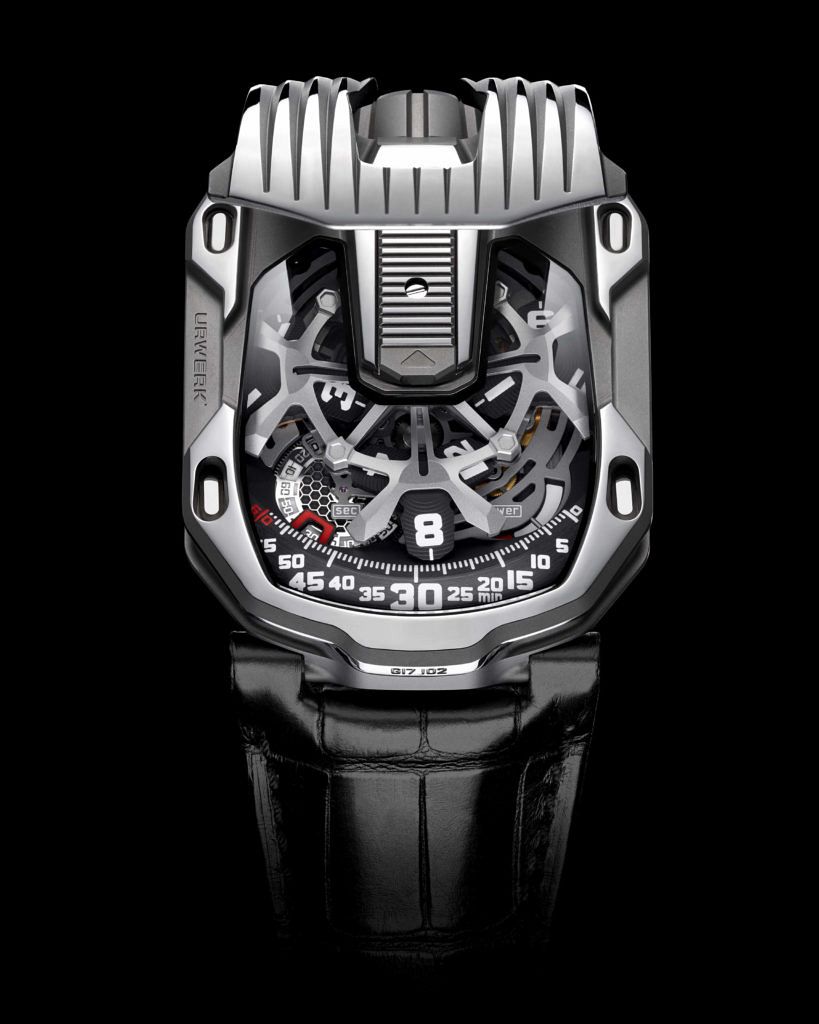 At first glance, it’s an austere-looking watch until you slide open the front case to reveal the openwork satellite mechanism within. It’s certainly a left-field choice. Particularly for someone who tends to cut in from the right. 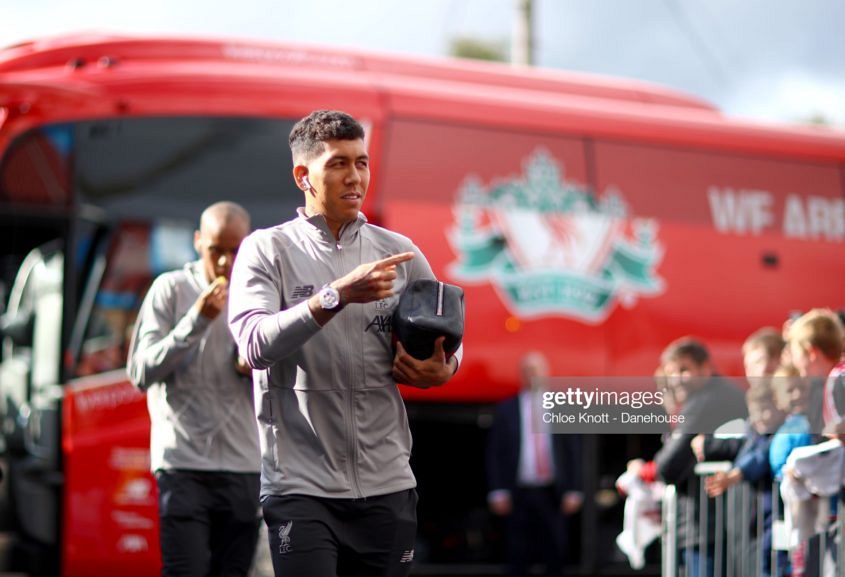 It’s difficult to define Roberto Firmino. He’s a centre-forward who only scores a moderate number of goals given that he plays for a top team. Yet he’s proven himself to be invaluable to Liverpool for his ability to press, hold possession and knit together attacks. Could you call the Brazilian a false nine? Not exactly. He’s just Bobby Firmino, a player who influences the game in his own unique style. 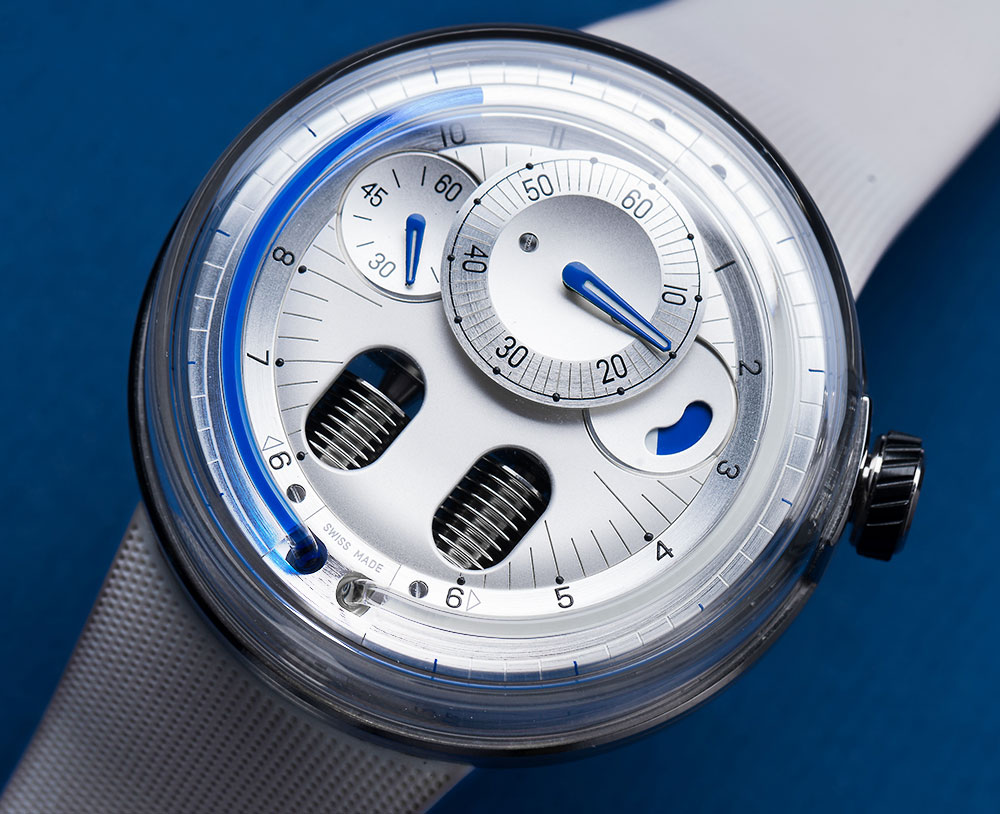 He wears a watch that is similarly unorthodox. HYT is the wildly avant-garde brand that uses liquid-filled tubes to indicate the time. The HYT H0 contains a manual-wind movement that utilises two bellows filled with different coloured fluids that are manipulated via a mechanical piston. It’s a singular design that, on paper, doesn’t make a whole lot of sense. But much like Firmino, it just works.