There’s no Baselworld this year, but in April we will have the “phygital” Watches & Wonders to look forward to. Thirty-four brands will be in attendance, among them Rolex and Patek Philippe – two horological heavyweights whose potential novelties will, as always, be eagerly awaited. Back in September we saw Rolex refresh the Submariner collection, upping the case diameter to 41mm, but trimming the lugs down to a more vintage-inspired tapered profile. Many believe, including us, that the Explorer collection is next in line to see an update – and predictions are circulating of what form that may take. This is what we would like to see, what we think we will see, and what we definitely won’t. 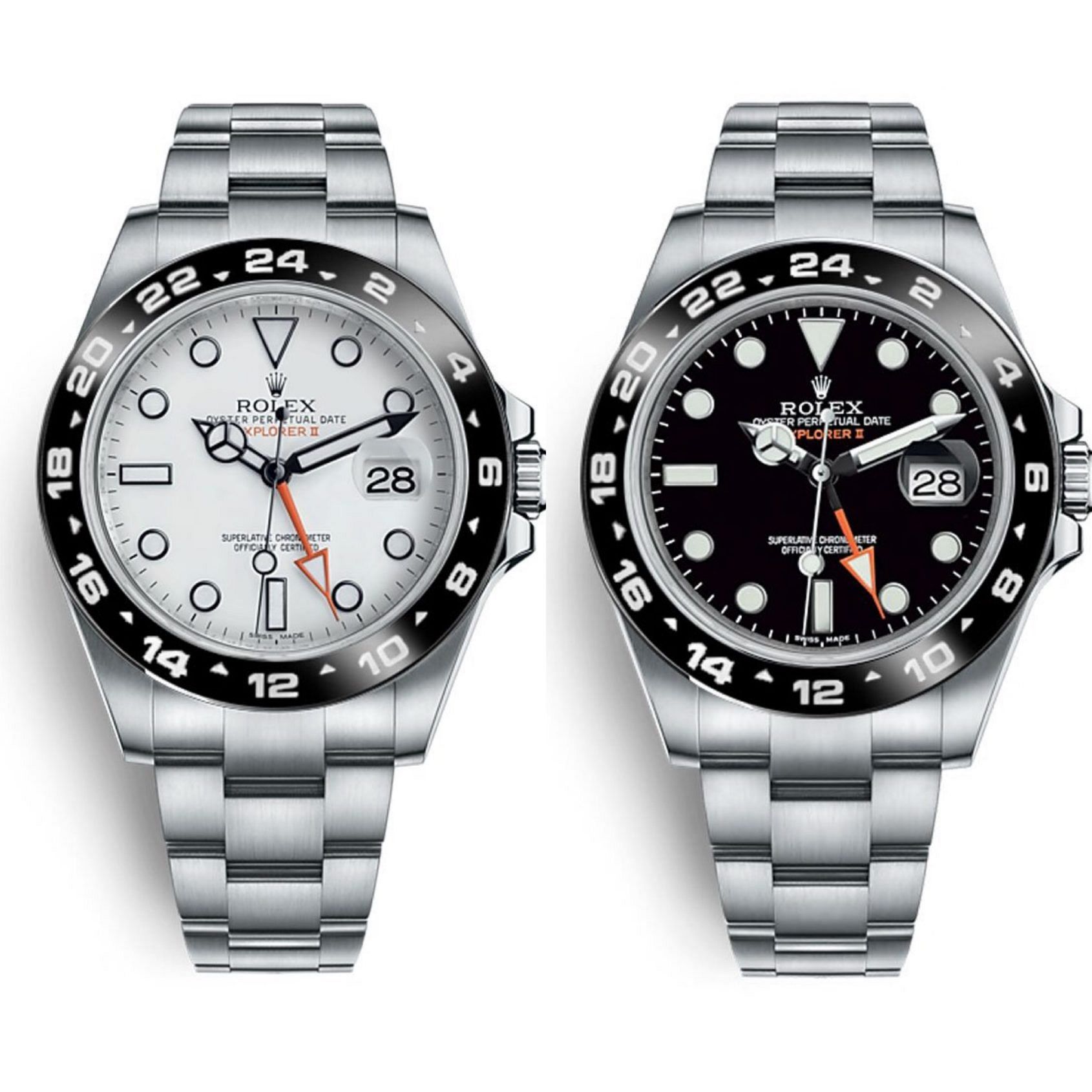 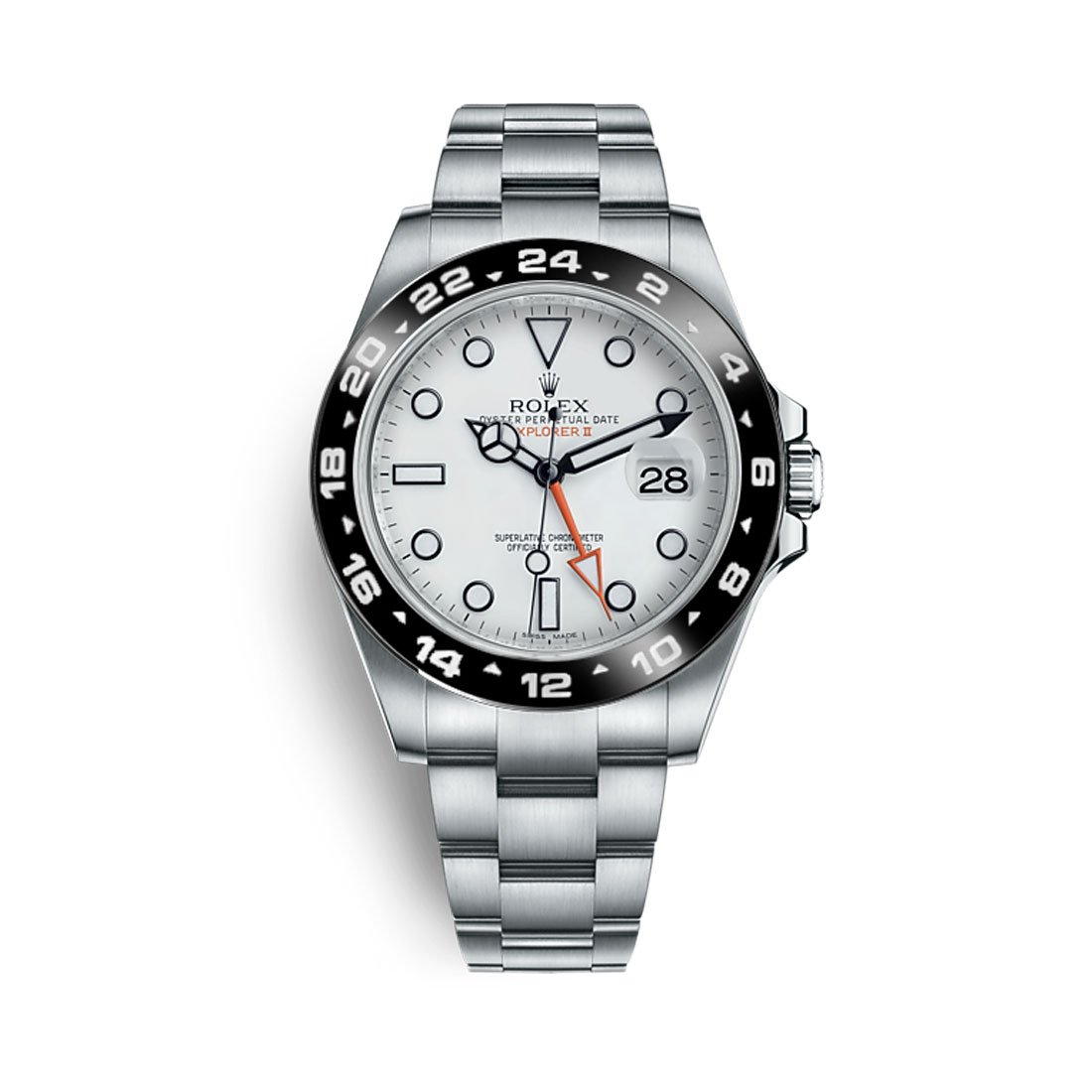 For the standard Explorer watch, we are hoping to see not one but two releases in the April refresh. Rolex has been upscaling the diameters of their professional catalogue. We saw the Yachtmaster 42 in 2019, 41mm Submariners and Oyster Perpetuals in 2020, so it is fair to assume the trend will continue. Considering the 39mm Oyster Perpetual was recently discontinued, it’s a reasonable bet that the Rolex Explorer will also have a shakeup in sizing. However, it is our hope that the Explorer, come April, arrives in two configurations: 36mm and 41mm. 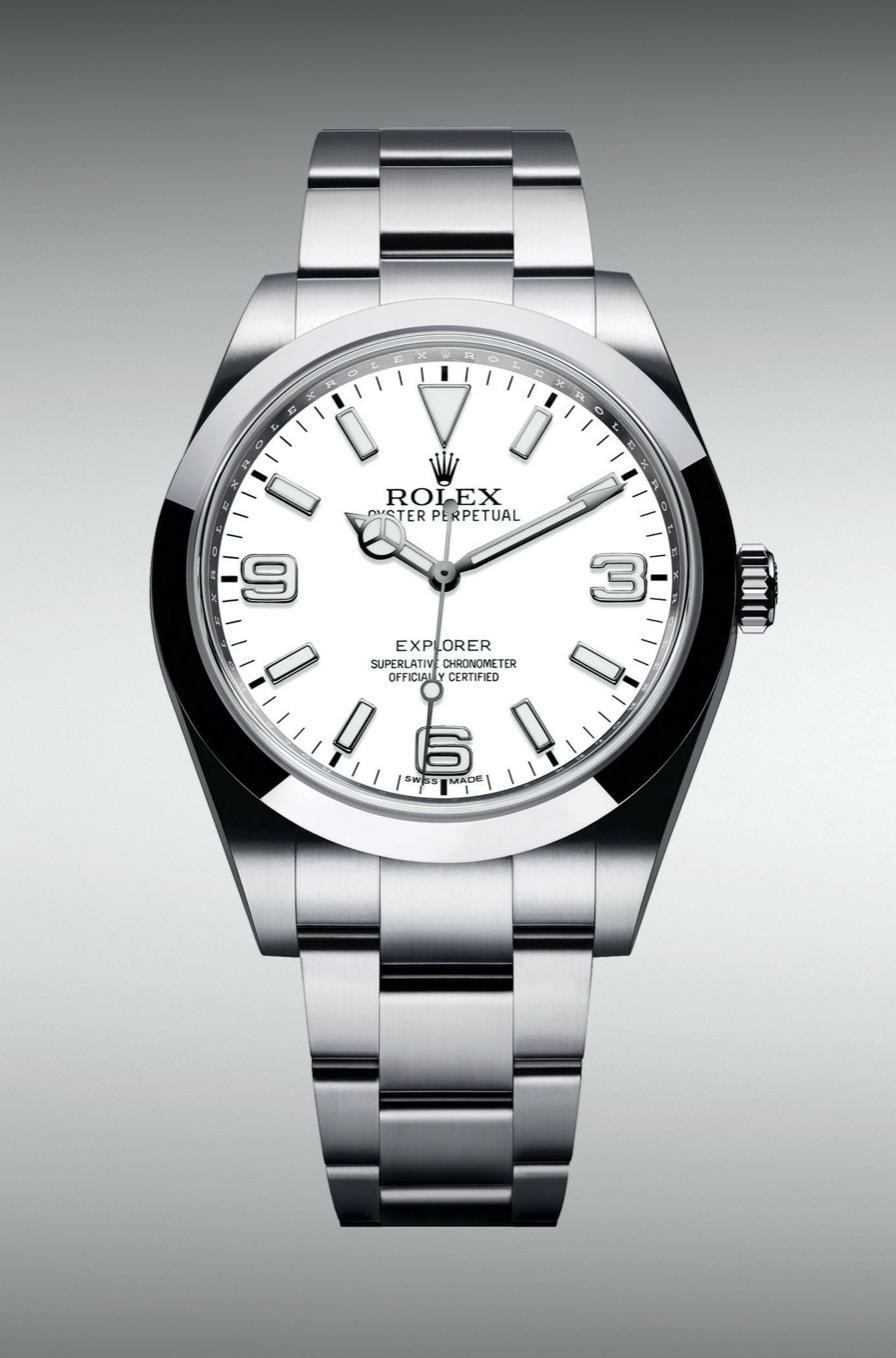 This course of action would please all camps of Rolex fans, speaking to both those who long for the return of classic proportions and those who yearn for larger diameters. Considering the Oyster Perpetual is available in 36mm and 41mm, with both utilising the same movement, it is not out of the realm of possibility for this to materialise for the Explorer as well. As for the dial, we would not want much to change (and nor do we think much will), but how cool would it be if the modern white gold applied tribute Arabic numeral shape returned to the classic 1016 numerals beloved by the Rolex community? And if they want to bring a polar dial to the Explorer… well, they certainly wouldn’t have any complaints on our end. The white dial Oyster Perpetual is no more, so it would definitely fill the void left following its discontinuation. Will 1016 style numerals and a polar dial likely happen? Probably not, but our hope is so strong we want to dream it into existence. 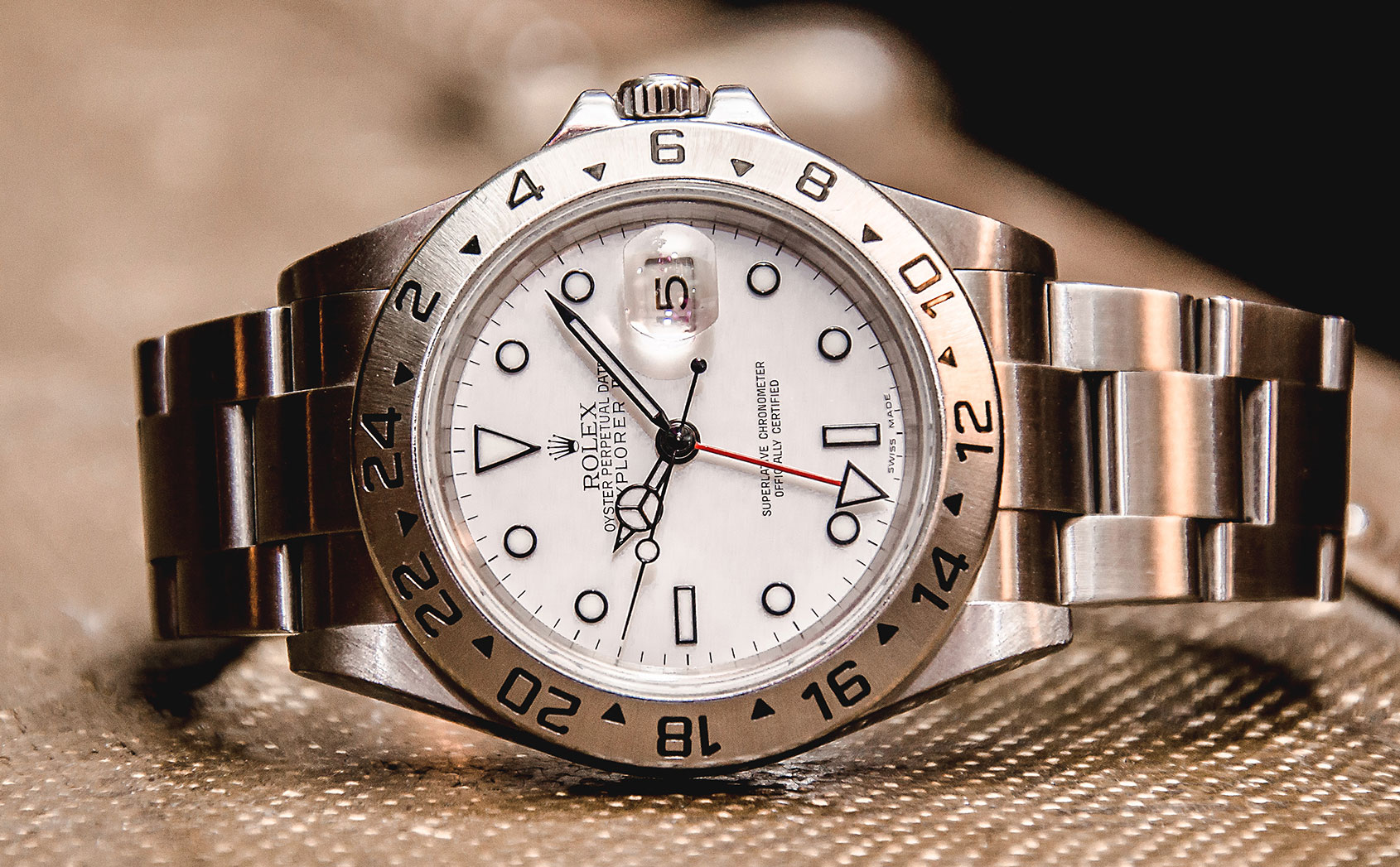 As for the Explorer II, we would like to see a return to the 40mm case diameter. The older 40mm diameter Explorer II watches have seen a surge in demand on the secondhand market, and it would be great to see the more classic adjacent diameter return to the catalogue. Considering the presence of ceramic in watches like the Daytona, GMT Master II, and Submariner, we would also like to see a ceramic bezel make its debut on the Explorer II – a black ceramic bezel with platinum inlays or even white ceramic inlays would look killer on both the polar white and black dial variants.

It is important to note that the Explorer II was first released in 1971, making 2021 the 50th anniversary of the model. If Rolex wanted to extend the tradition of a green dial/bezel to the Explorer II then we are certainly all for it.

What we think we will see… 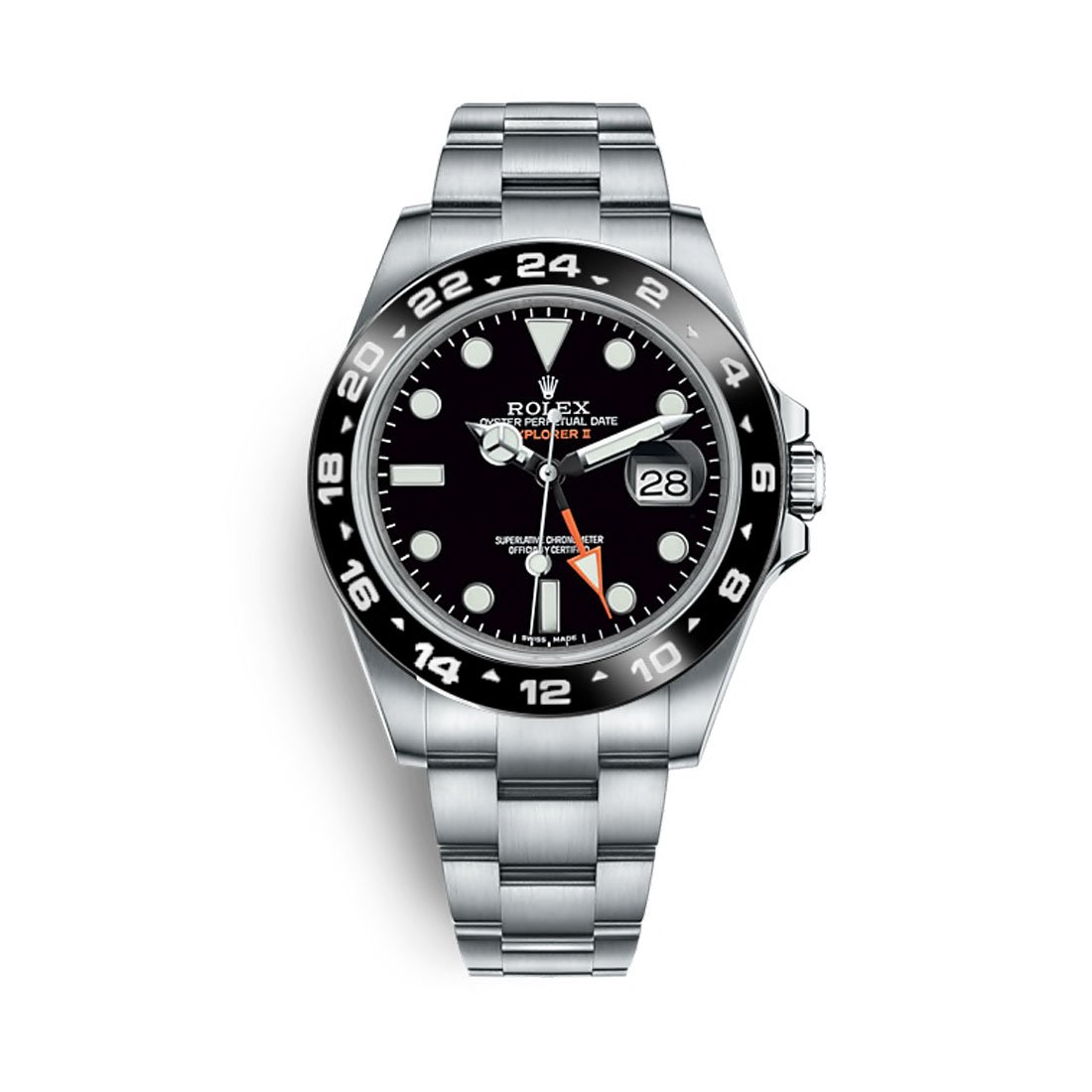 Both Explorer watches, if refreshed, will receive movement upgrades at a minimum. It is likely they will both take on movements with longer 70 hour power reserves and chronergy escapements. It is also fair to assume there will be no new dial colour variants for either model.

Considering the discontinuation of 39mm sized Oyster Perpetuals, we are pretty certain a refresh will mean a larger Rolex Explorer 41mm watch. The less likely underdog is the 36mm sizing which, if not announced alongside a 41mm model, would likely result in an outcry from those with smaller wrists, or even Rolex Explorer purists. 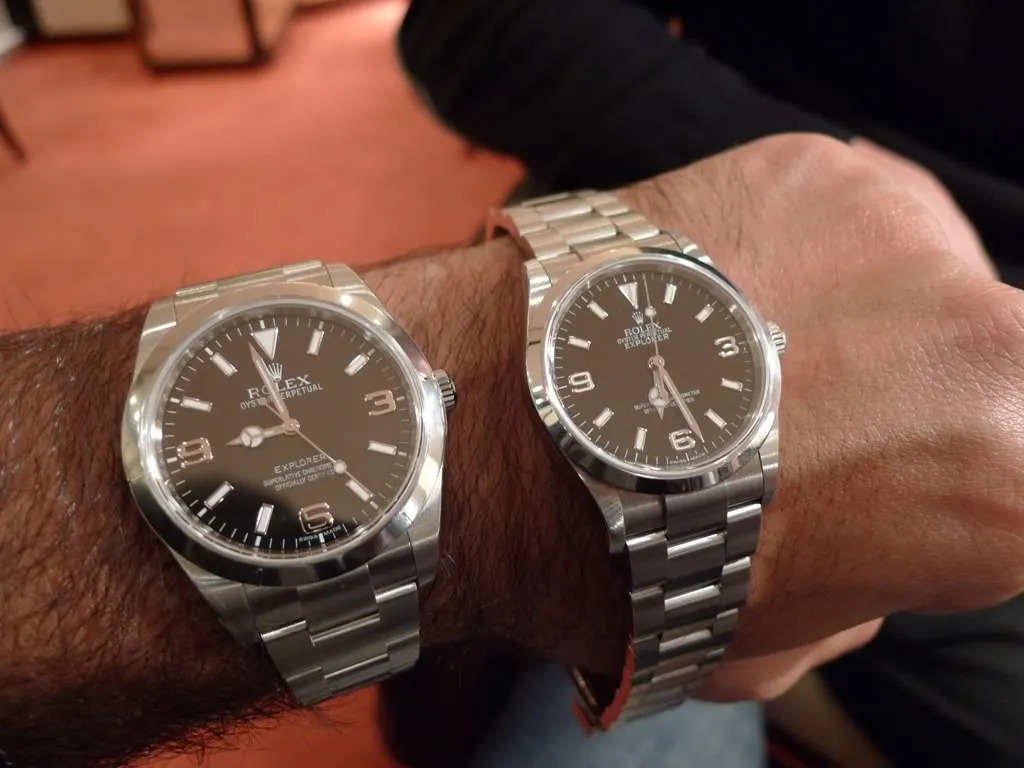 While the case diameter will likely change for the Explorer, the Explorer II will probably stay at its 42mm sizing all things considered. Unlike the bezel of the Explorer, it isn’t out of the realms of possibility to expect a new GMT bezel for the Explorer II. Sure it could remain in steel, but a ceramic bezel is long overdue for the line. With the number of ceramic bezels now available, it is the only way to ensure the Explorer II is on par with the marketplace. It will also justify a likely price increase for the model and Rolex rarely turns down an opportunity to go upmarket. 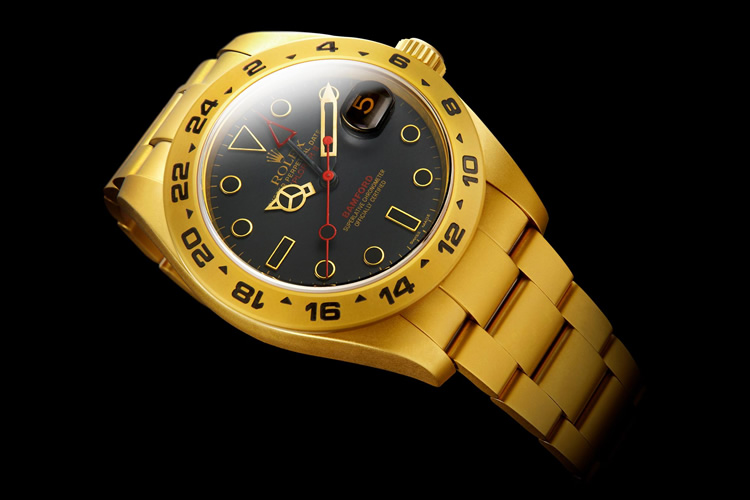 Precious metals. The Explorer watches have never been fabricated in gold, platinum or even two-tone configurations and it is fair to assume this will remain the case. It just doesn’t fit the profile of the Explorer line, which is revered for delivering the essentials and nothing more. While we would love to see it, the return to traditional tri-arabics on the Explorer, whether printed or applied in form, is extremely unlikely. It’s more likely that we’ll only see such a watch in our imaginations.

The Explorer and Explorer II are also very unlikely to explore new colour schemes. The Explorer 6350, the first watch to display Explorer on the dial, was released in 1953 – making the lineup 68 years old and that is not a timeframe that merits an anniversary piece. The Explorer II, however, is celebrating it’s 50th anniversary this year so, while we are not holding our breath, we cannot entirely rule out the involvement of green or some other sort of celebratory element in the scheme of the watch.