Is it the GOAT steel sports model? Another look at the Rolex Daytona ref. 116500LN

Editor’s note: Steel Daytonas have always been hard watches to get your hands on, and the latest Rolex Daytona ref. 116500LN is no exception. And aside from the whole hype/status thing, it’s easy to see why. First released in 2016, it just looks the business. In case you’ve been living under a Rolex-shaped rock for the last few years, here’s our review of what might still be the hottest sports Rolex around …

The latest and greatest steel Daytona is here, and everyone loves it. The only problem? Getting your hands on it. 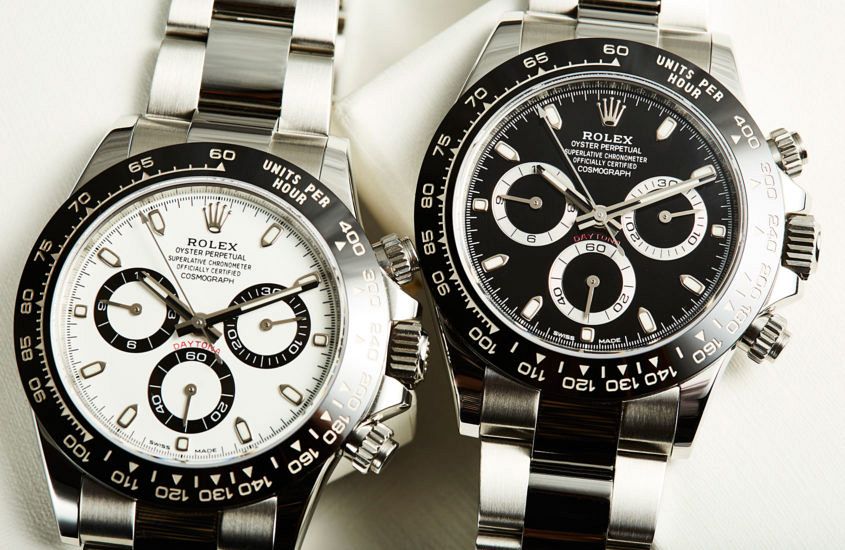 It’s hard to know where to start with a review of the most coveted watch of the year (and we suspect for many years to come). More specifically, it’s hard to be objective, to provide a meaningful review of a timepiece that has been so intensely speculated upon and scrutinised. For many people, the Daytona is the ideal, iconic watch design, and this new 116500LN is a near perfect blend of old and new.

The history of the Daytona is long and complex, and not the topic of this review. Suffice to say that if you’re reading this, you’re familiar with the watch itself, to say nothing of the prestige and premium prices commanded by vintage references. But the path to success wasn’t instantaneous for the Daytona — it was quite a journey from the release of the first one in 1963 to the watch becoming 2016’s most wanted. Anecdotally, the early Daytonas didn’t fly off the shelves, possibly due to the inconvenient combination of manually winding movement and screw-down crown. Things changed in 1988, when Rolex released the reference 16520 – powered by a (substantially modified) Zenith El Primero movement. This reference also saw a case size increase to 40mm and a sapphire crystal added – all changes that meant the cult of the Daytona was starting to gain some serious traction. 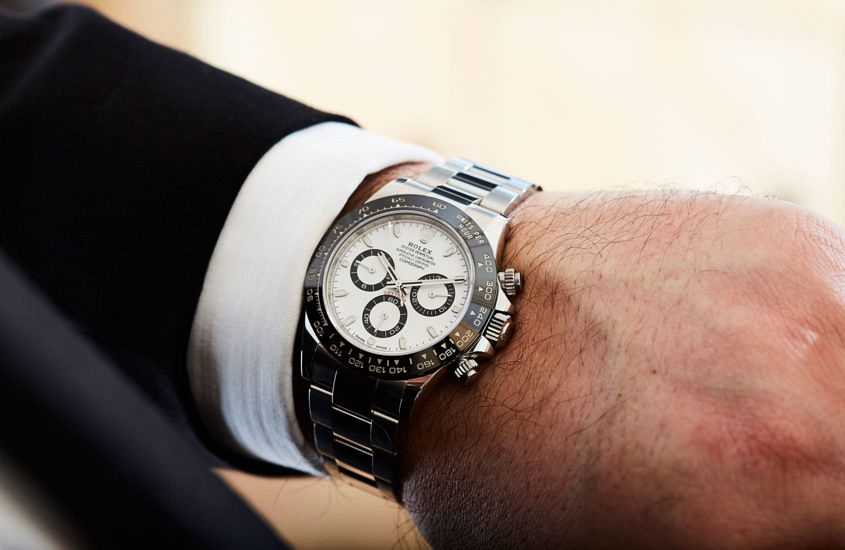 It was 2000 before the next update, and it was a big one. The reference 116520 ditched the El Primero in favour of the caliber 4130, Rolex’s first ever in-house automatic chronograph, and its first new chronograph movement in 50-odd years. With the release of this watch, Daytona fever went mainstream. Strictly controlled production plus high demand for the ultimate statement piece meant the latest steel Daytona was phenomenally difficult to get, with waiting lists stretching into the years, and a market price well above RRP.

Add to this the disappointment many felt in 2013 when Rolex released an unconventionally coloured platinum Daytona instead of the expected steel update, and you can start to understand why the 116500LN is such a highly anticipated watch.

The case and bezel 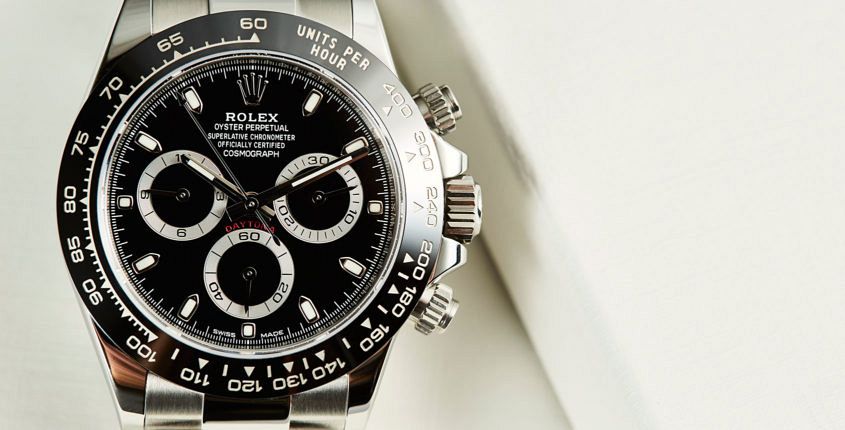 The single biggest update on the new Daytona is, of course, the bezel. It simultaneously refreshes the watch while giving it a distinctly retro look – quite a feat. Rolex first introduced its proprietary ceramic material – Cerachrom – in 2005, gradually drip-releasing it across its professional range. The diamond polish finish, combined with the properties of ceramic that make it virtually scratchproof and impervious to colour degradation, mean this watch will always look new, and super shiny — so don’t expect to see a ‘2016 Rolex Daytona ghost bezel’ appearing on Antiquorum auction listings in 40 years’ time. For most people, this is a good thing, though I can’t help thinking that sidestepping the ravages of age might take a small part of the magic out of a watch. Oh, and the other change? The tachymeter numbers now follow the curve of the bezel, rather than having all the text on the same axis. It might just be me, but I think it looks cleaner this way. 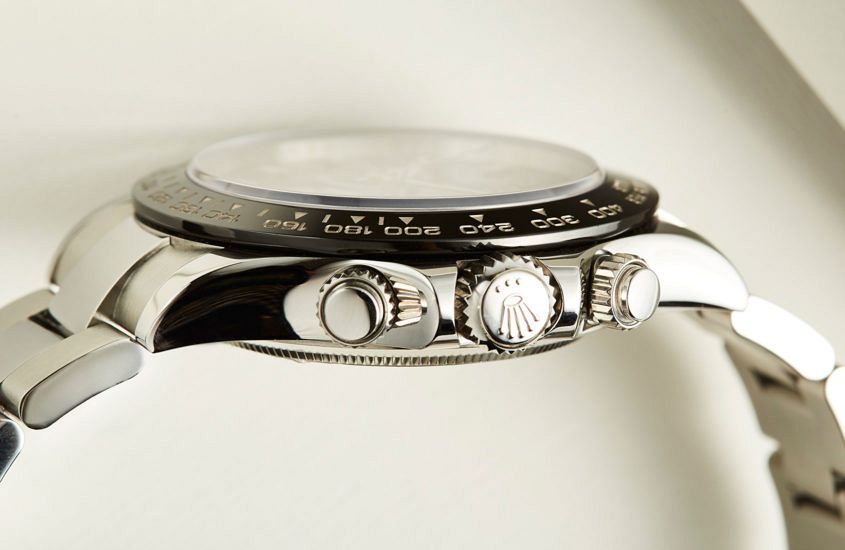 The case, meanwhile, has remained the same — still at 40mm, without the addition of maxi lugs or anything new-fangled. There must have been great pressure to mix things up, but I think keeping it unchanged is the smart play. It’s worth noting that the screw-down chronograph pushers are still in evidence, and while they’re an essential part of Daytona DNA (and blue-murder would be screamed if Rolex removed them) I find them a hassle to use in real life. But then again, who uses a chronograph with any regularity? 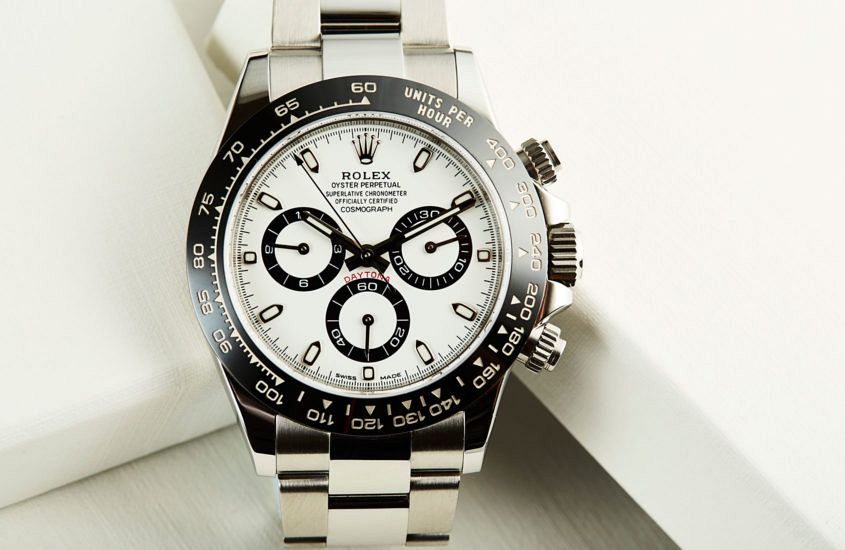 Aside from the bezel, this was the only other part of the Daytona to see some design tweaks. The 116500LN dial comes in black or white, and from what I’ve heard the fan favourite is the white. The most obvious dial change is the rings surrounding the subdial. The white dial now has a black ring around the chronograph totalisers, giving it a very vintage, almost panda dial look. Because of the novelty of the white dial, I suspect it will be the hotter property for the next few years, though the black is, as always, very sharp. 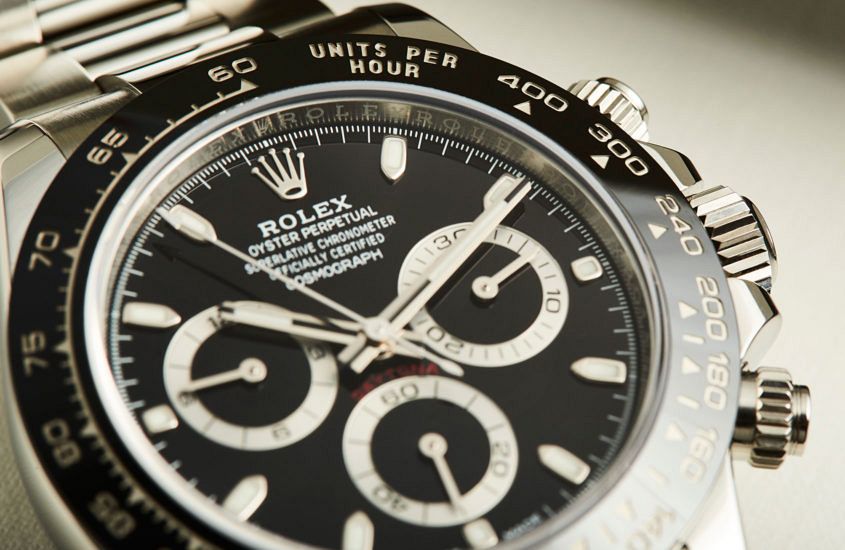 The excellent calibre 4130 beats away behind the dial, with 72 hours of power reserve. It would have been absolutely amazing to see an update here, but a new chronograph movement isn’t a simple thing, and the 16-year-old 4130 is still one of the best in its class, with plenty of life left in it yet. 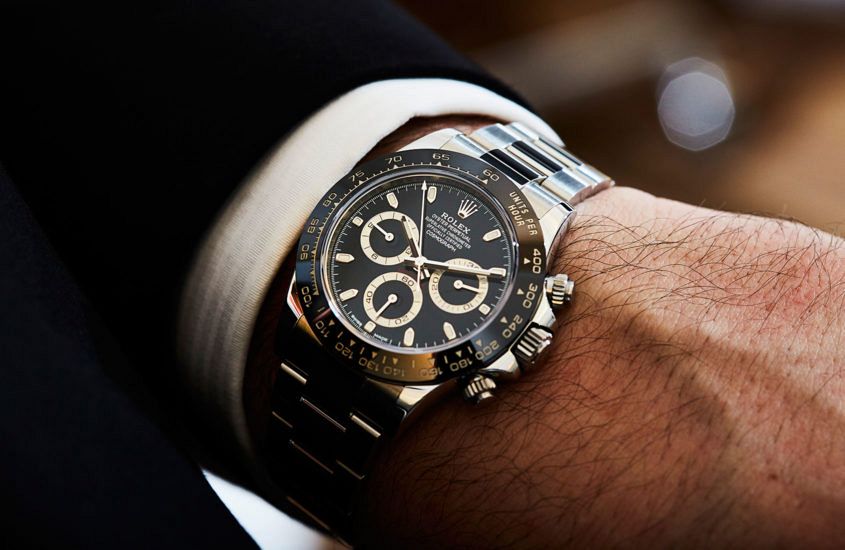 What can we say? It’s the steel Daytona everyone’s been waiting for, and a great example of Rolex staying true to its DNA. On paper, the new bezel is the only major change, but it’s enough to give the Daytona a whole new (old) look, and drive everyone, from vintage purists to day trading show-offs, wild. And therein lies the rub. If your name isn’t on a waiting list (and even if it is), you’ll need a surplus of patience to get this watch. Like, years of patience. The 116500LN is hot property, so unless you’ve got some serious hook-ups or are willing to pay the substantial premium if you go the non-AD route, you’ll need to be in this for the long haul. And the really crazy thing? The wait will be worth it.

Aside from the wait list? Objectively, there’s nothing. I understand and respect all the choices Rolex has made, and if I were responsible for updating arguably the most iconic watch of all time I’d be scared to change anything. But personally speaking? I could lose the screw-down pushers and that red Daytona text.