Editor’s note: For Daytona fans, everyone’s all about the Cerachrom bezels these days. And while it’s hard to deny the allure of that super-hard, slick material, I prefer my bezels metal, and preferably precious. Which is why I’m still so into this 2016 release, the Rolex Daytona in white gold with blue dial (ref. 116509). I mean, just check it out … 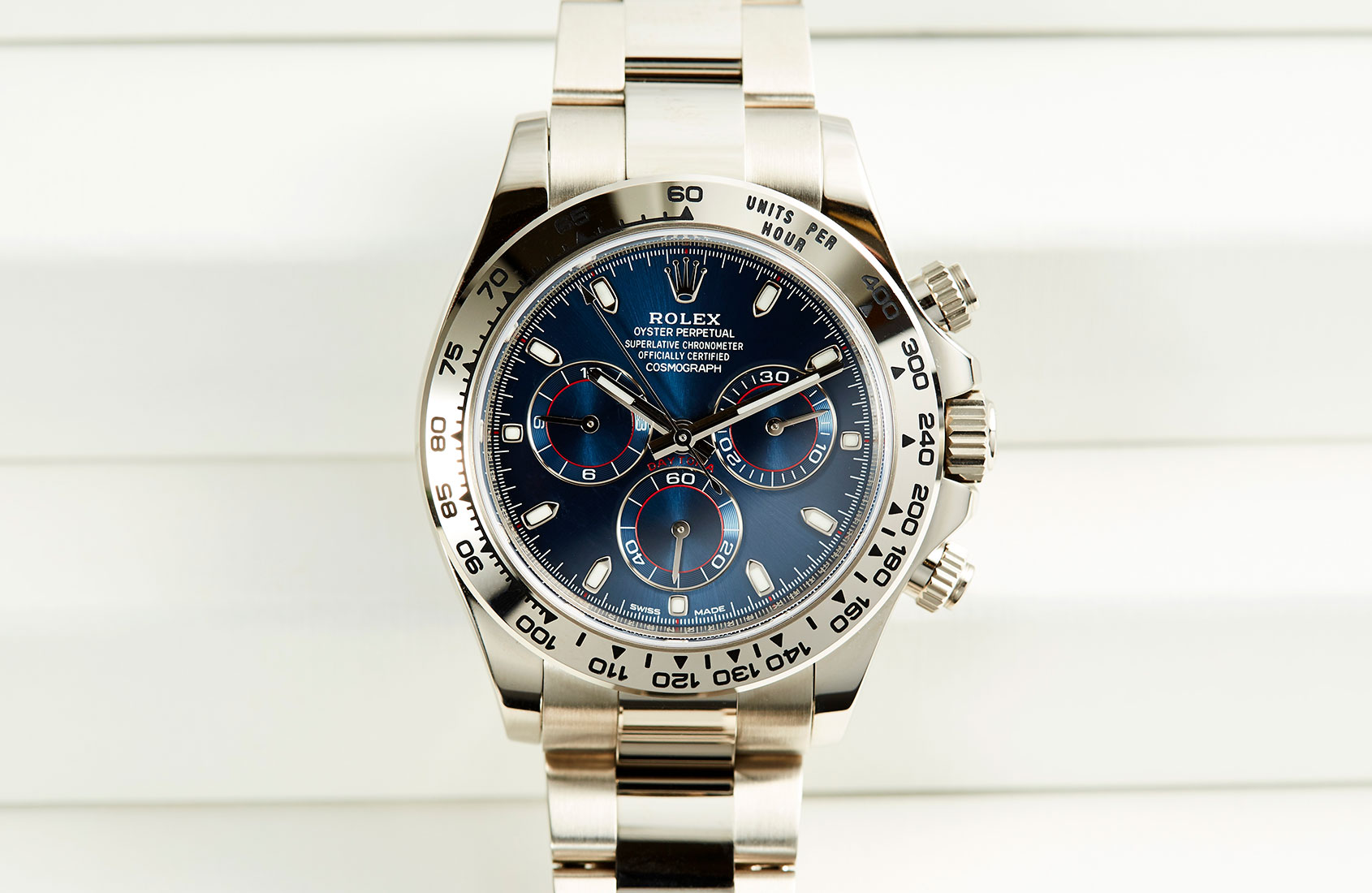 Two thousand and sixteen will surely go down in the annals of watch-lore as the year of the Daytona. Not only did Rolex finally update their stainless steel icon, but they also unveiled two new precious metal versions. We’ve already looked at the oh-so-shiny green and yellow gold version, and today we hold in our hands the slightly more understated white gold option. 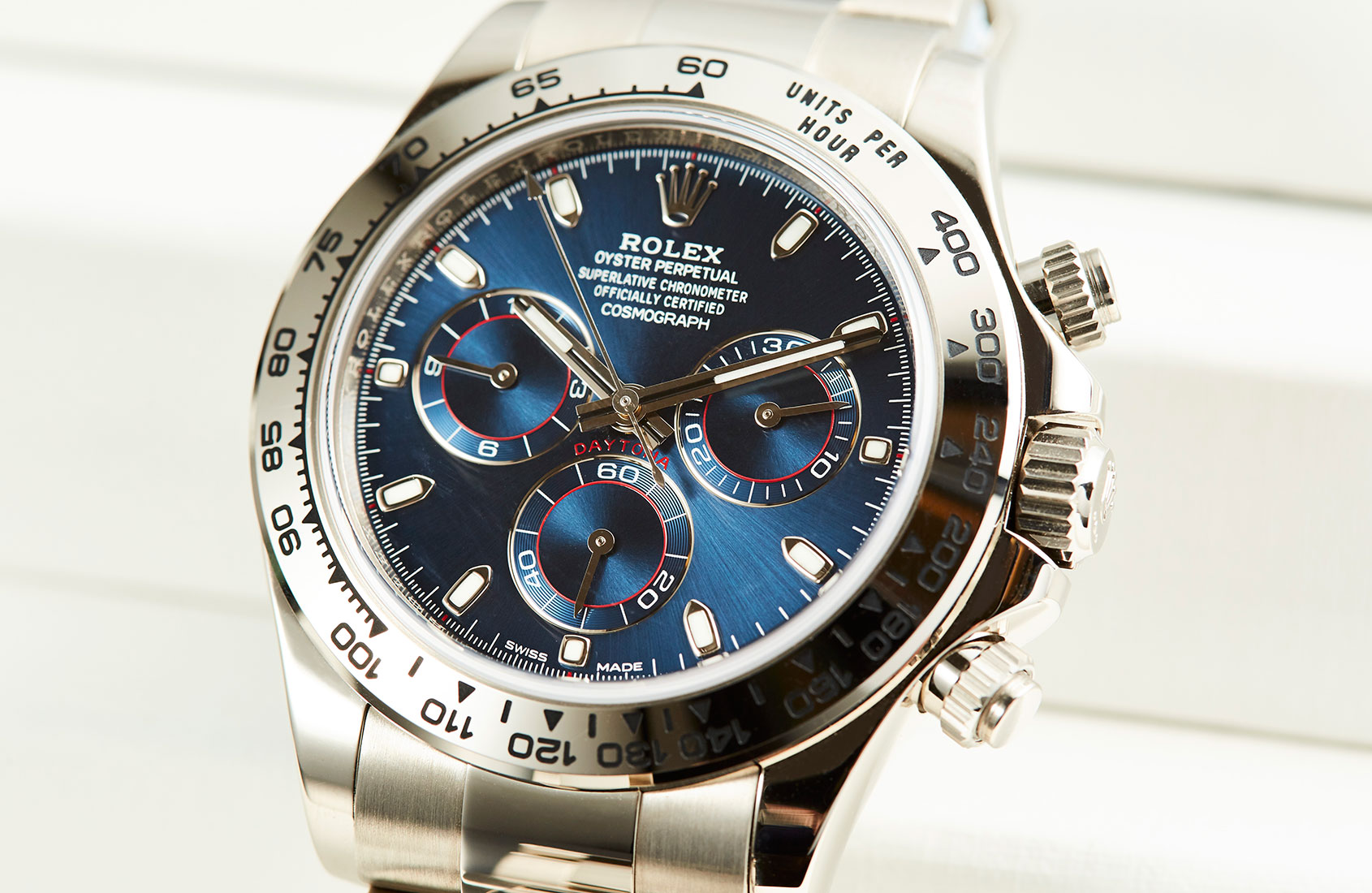 The main change here is, of course, the dial. The iridescent blue starburst is called, somewhat unimaginatively, ‘blue’ by Rolex. We were hoping for something more romantic, like ‘ocean depths’ or ‘arctic night’. Regardless of what you call it, the dial is a stunner, and the perfect counterpoint to the high shine of the heavy white gold case, especially with the red highlights on the counters and the ‘Daytona’ text. As far as colour combos go, this one works beautifully – understated and distinctive all at the same time. Unlike its steel brethren, the bezel on the 116509 hasn’t received a ceramic upgrade, and is still polished gold, though the tachy text is in the new radial style. The calibre 4130 ticks away behind the scenes, with superlative accuracy. 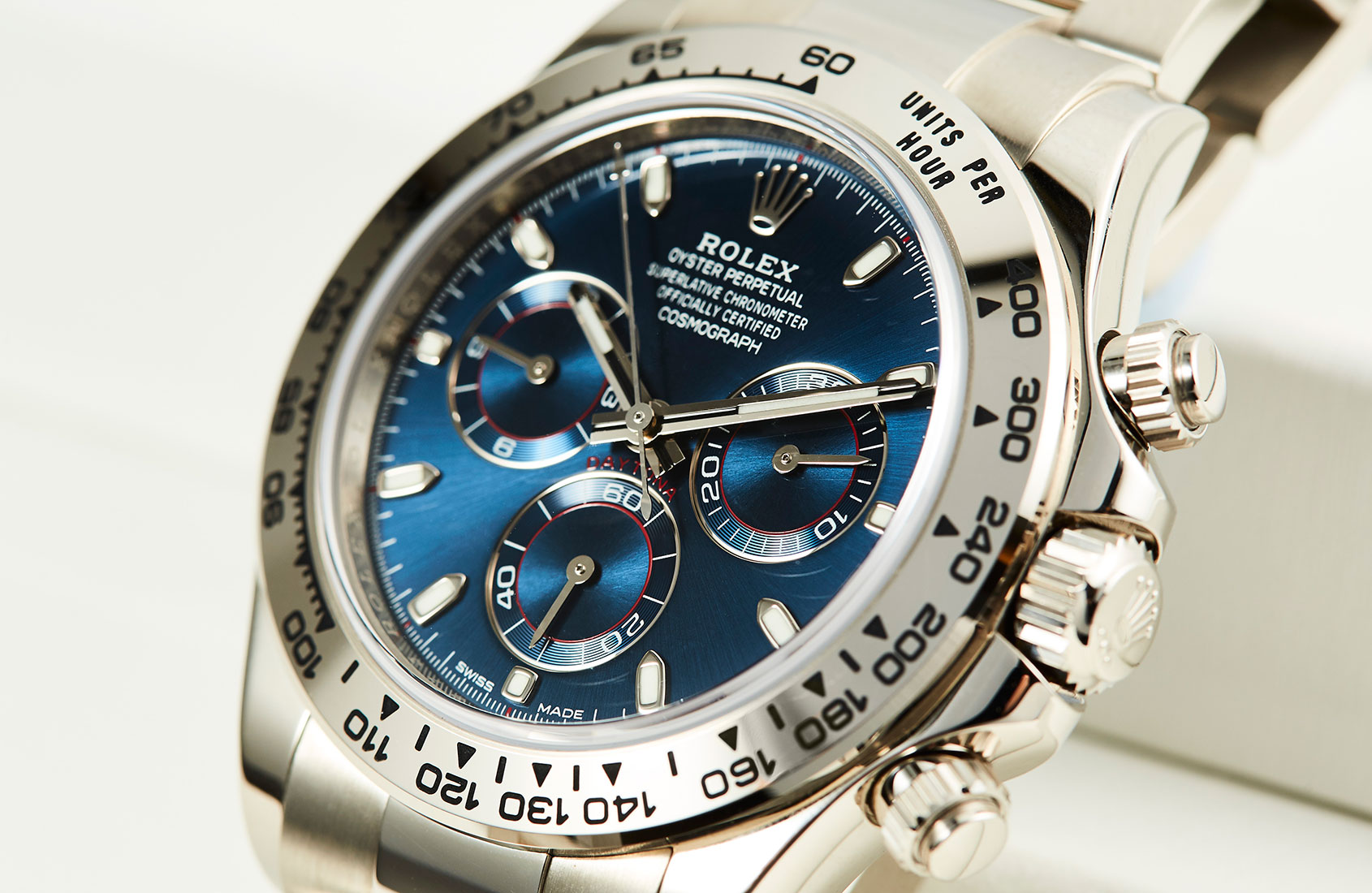 Of the three different metal versions of the Daytona Rolex released in 2016, the white gold straddles a clear middle ground, while still maintaining its status as a pedigree watch. This reference lacks the in-your-face ostentatiousness of the yellow gold, and the cool-tool trendiness of the steel. I would even argue that this solid gold is, for all its heft, more subtle than the steel – there’s no Cerachrom bezel to telegraph your watch’s buzz-worthiness from across the room. Having said that, it’s not too early to start getting excited about possible ceramic-laden additions to the Daytona family that Baselworld 2017 might bring.