The most incredible clock in the world is being built, not in Switzerland or Germany but in the middle of a mountain in Texas. It’s called the 10,000 Year Clock, and the man making sure it gets built is none other than Amazon’s Jeff Bezos, who has already spent US $42 million on the project. 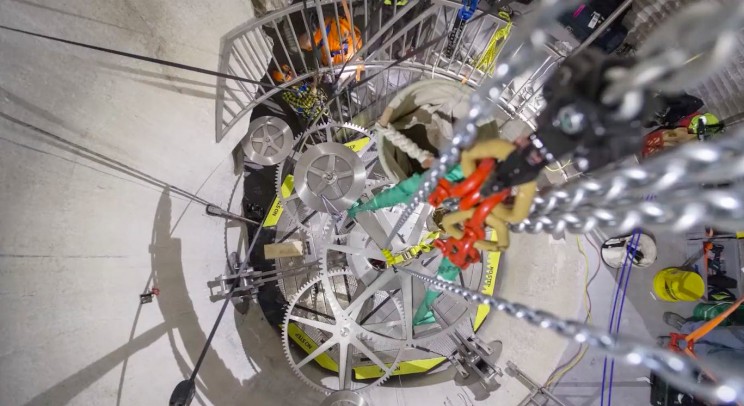 Giant clock. In a mountain. Epic.

I’ve been mildly obsessed with the Clock since I first heard about it around 2010 (it was conceived in 1989, and work started on it 30-odd years ago, and a scale model was finished on New Year’s Eve in 1999). And while it might seem like slow going, consider the fact that this clock is designed to run — without the need for maintenance — for 10 millennia. To find out more about the clock, I’d recommend this excellent Wired story. The work is very much underway, as Jeff Bezos has just posted a video of the full-scale prototype being installed in the hollowed-out mountain. BTW, Bezos is also intending to use this hollow mountain as a spaceport for Blue Origin (as you do).

This is all epic and impressive, but you may be asking yourself – Why? Well, the Clock is a project of the Long Now Foundation, and aside from being a cool engineering challenge, it’s a fairly serious philosophical project aimed to get humanity to rethink how we think about the scale of our time on earth; not in generations or centuries, but rather millennia. It prompts us to ask the question: “Are we being good ancestors?”

Watch the video of the Clock installation over at Interesting Engineering.