Up until a few years ago, Rado’s Captain Cook was a rather obscure watch. A stylish skin diver from the middle of last century, a time when many brands (many of whom aren’t around these days) tried their hands at the genre. Rado made Captain Cook watches from 1962 to 1972. After then, the brand shifted its focus to other areas, like absolutely crushing it in the world of high-tech ceramics. But, driven by the powerful winds of the heritage-style revival, the Captain Cook surfaced again, at Baselworld 2017, and over the last few years has become well-regarded by critics and watch lovers alike. We’re going to have a look at seven key models in the modern Captain Cook line-up. 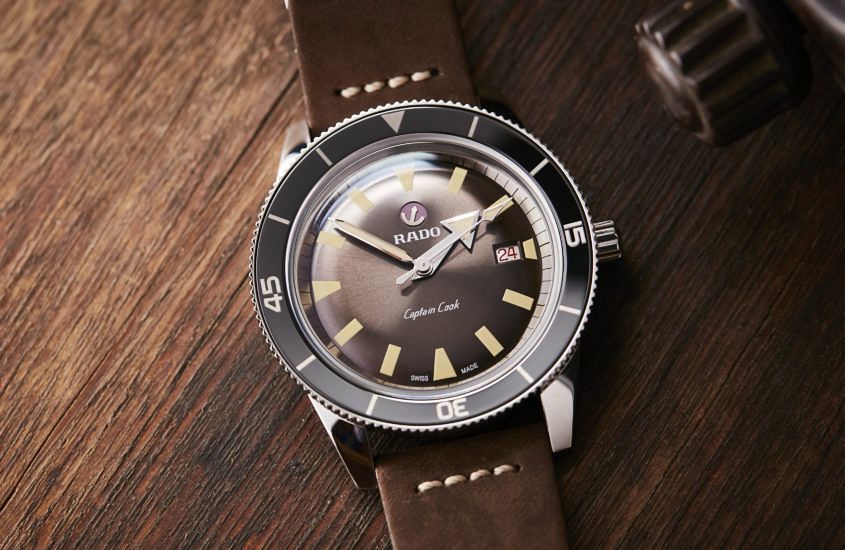 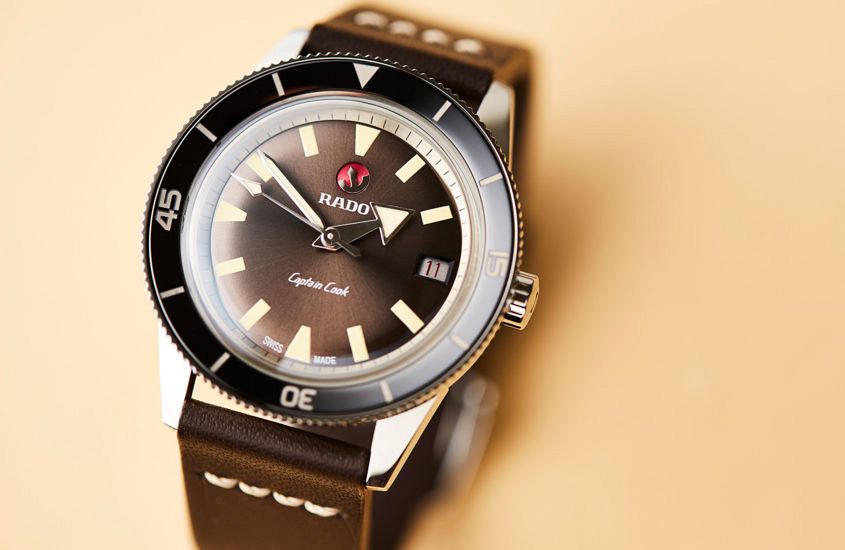 This little 37mm looker started it all. A limited edition of 1962 pieces, it was a surprise hit of Basel 2017 because it was such a faithful take on the 1962 original. 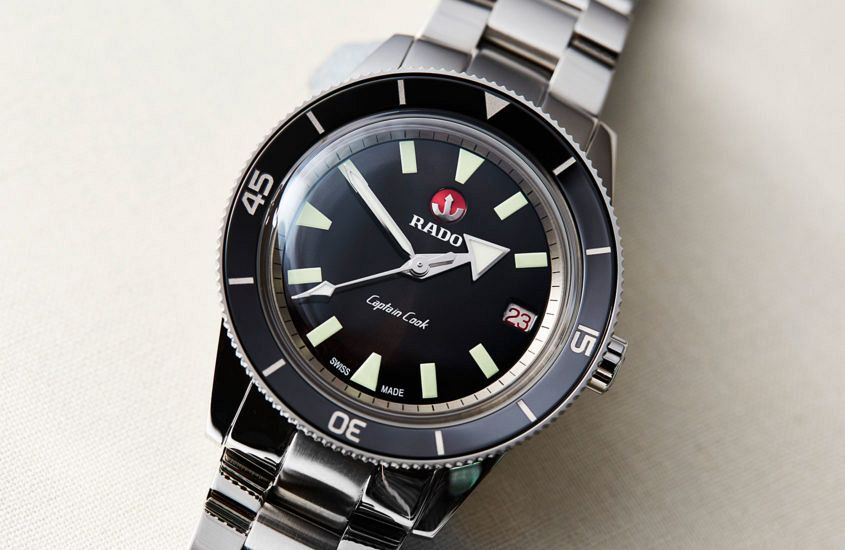 In addition to the LE, Rado also released a regular production version of the Captain Cook, which was practically identical. The only major differences were a simpler black dial, and a three-link steel bracelet. 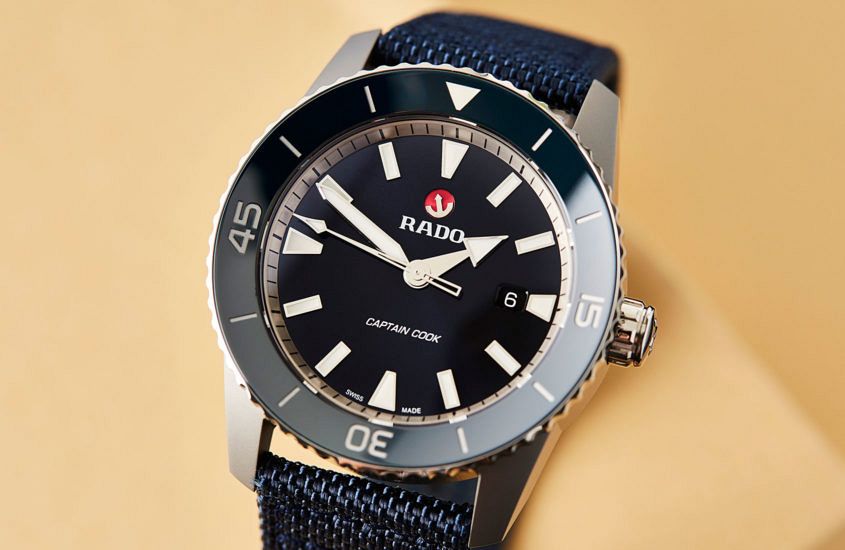 The third Captain released in 2017 was the large 45mm HyperChrome Captain. It follows the same fundamental form, but plus-sized. It goes to show what differences a few mm can make. Offered in a few dial colours, it also had a nice textile strap option. 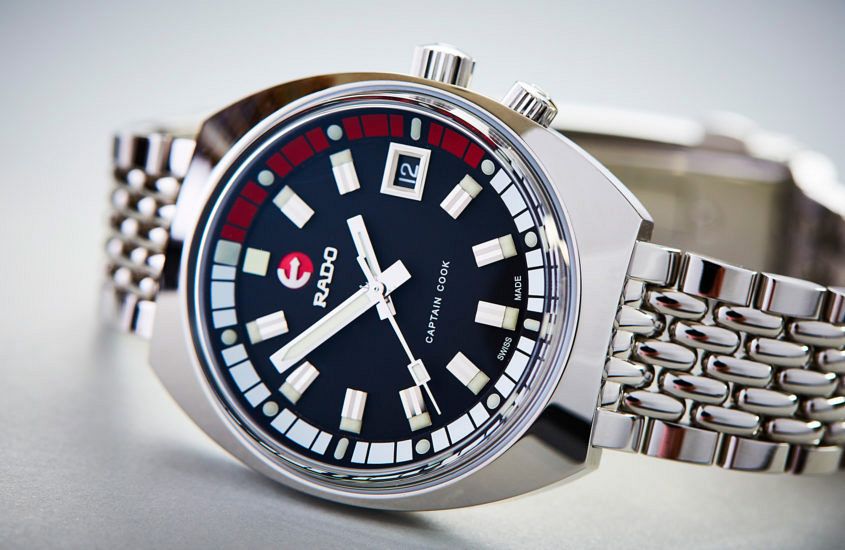 Baselworld 2018 brought two new members of the family, like this retro stunner, a tribute to the second Captain Cook model made in the 1960s. Again, a 37mm case, but this one wore surprisingly large thanks to the cushion case, and is far funkier in personality. 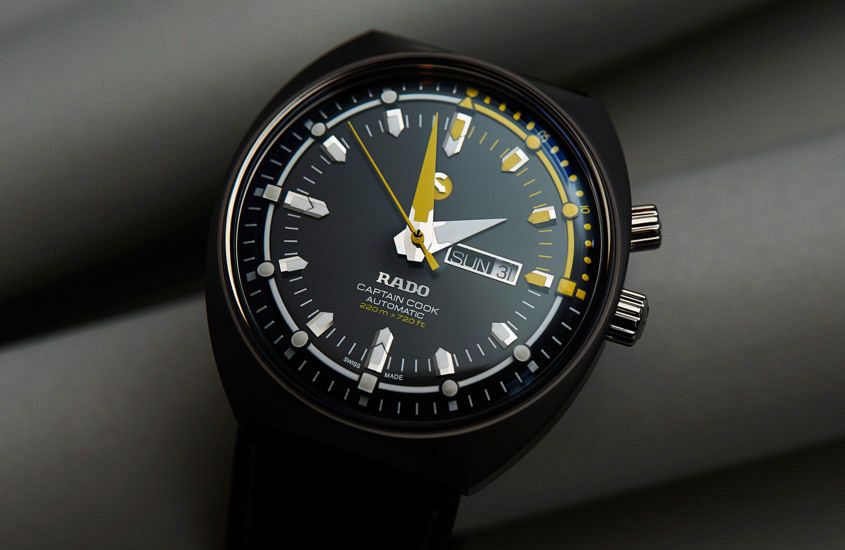 This modern version of the heritage model is one of my favourite watches of the last few years. It wears so well on the wrist — exceptionally comfortable for the 46.8mm size, thanks to the smooth shape and titanium construction. The yellow pops nicely too. 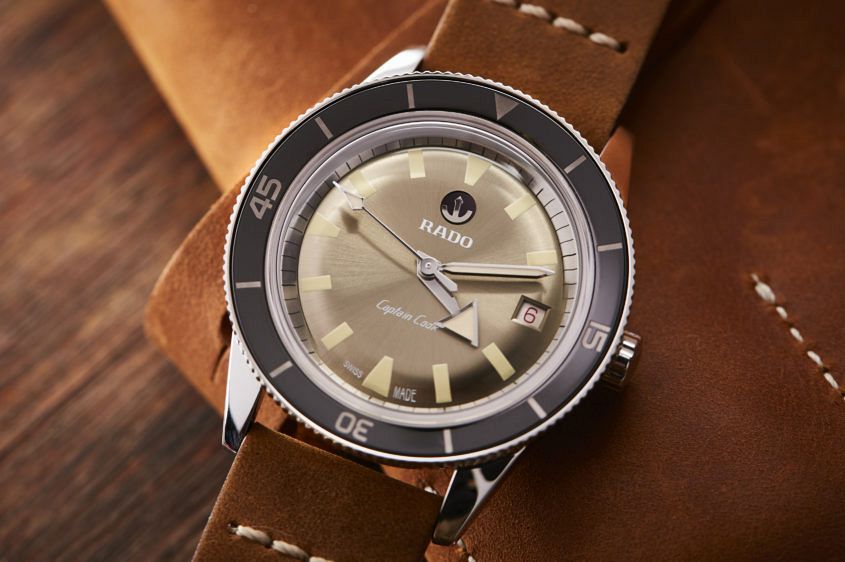 The latest limited edition Captain Cook takes the original 37mm model, and remixes it slightly, adding a handy travel case to the package (complete with leather, fabric and mesh strap options), and lightens up the mood with a lovely Champagne sunray dial. This one is a real winner. 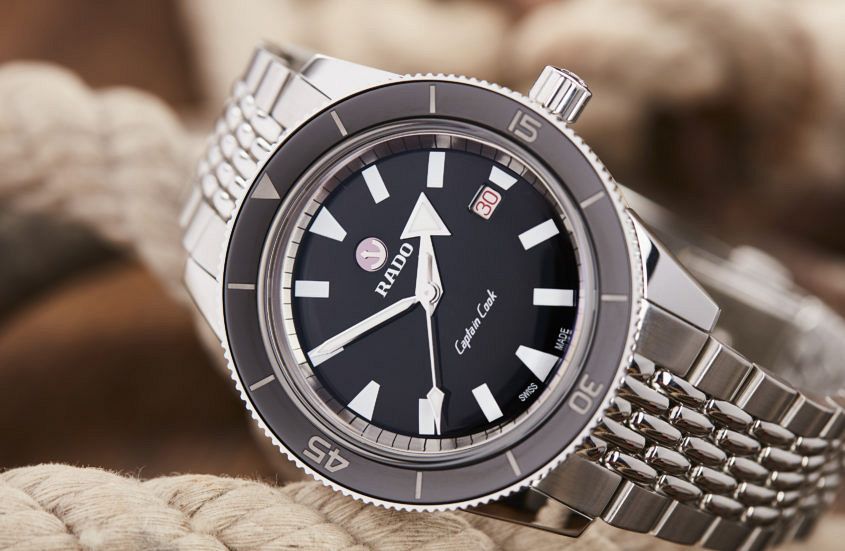 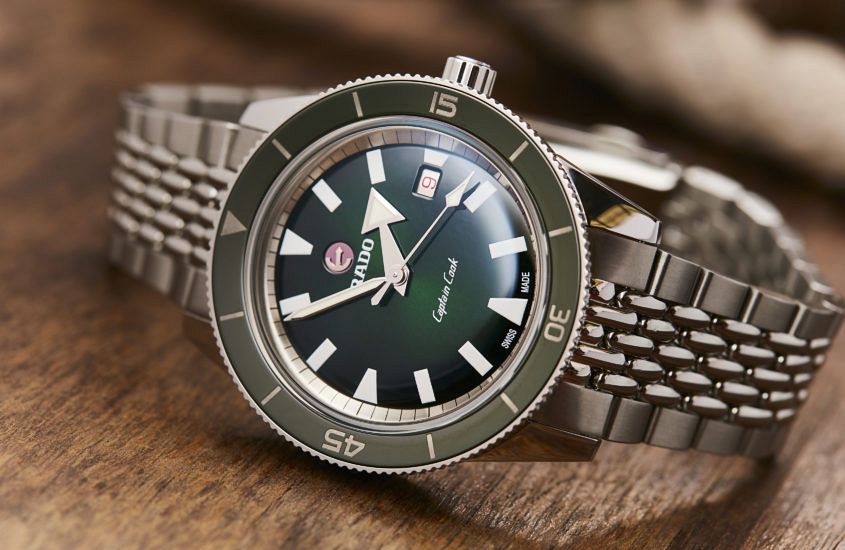 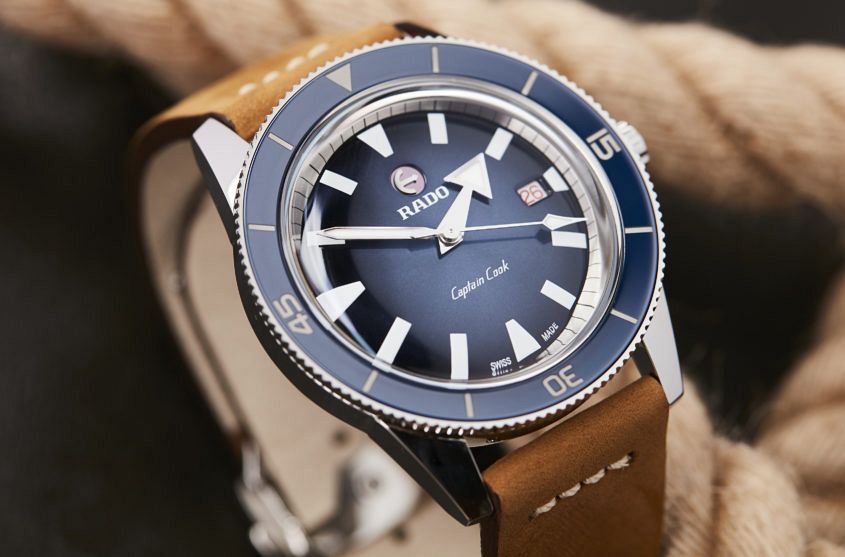 Finally, this is the one a lot of people have been asking for. The same classic Captain Cook style, but in a 42mm case. Add to that mix some great suede straps with folding clasps, truly exceptional beads-of-rice bracelets, some great colourways and ceramic bezels and a price point of $2750 and Rado has a hit on its hands. Our pick is the green, but a word of caution — it’s really hard to capture the richness of colour in a photograph.