The new Carrera Calibre 18 Telemeter is clearly inspired by, and does a fine job of honouring, the cult classic panda dialled Carreras. 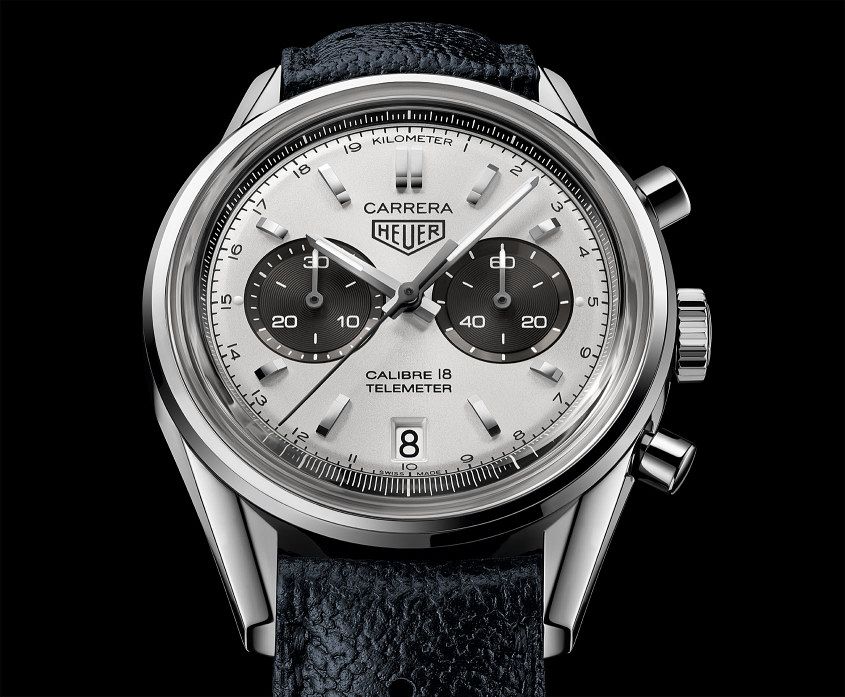 For this year’s Baselworld fair TAG Heuer have announced a brace of handsome vintage inspired editions from the Carrera family. We’ll tell you about the three-handed Calibre 6 shortly, but we’re most excited by the Carrera Calibre 18 Telemeter – a chronograph that speaks to the brand’s roots.

The new Calibre 18 does a lot of things right for the vintage purists. It’s perfectly sized at a unisex 39mm, features the vintage Heuer logo and the ‘panda’ dial (black subdials on a silver dial) looks great underneath a ‘glassbox’ sapphire crystal. Glassbox type crystals have boomed in popularity due to the ongoing influx of vintage reissues – It’s a style of sapphire with high sides (as opposed to a flat or domed crystal) that mimics that look of old acrylic crystals but with all the scratch-free benefits of sapphire. 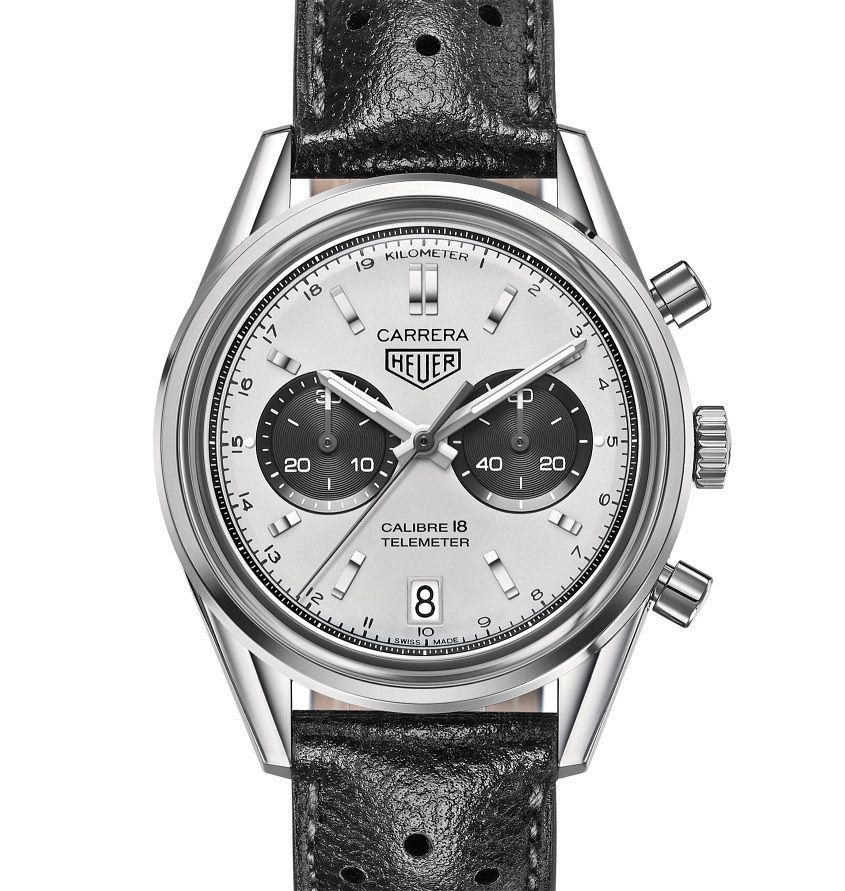 TAG Heuer have opted to give this otherwise very straight up-and-down homage to their vintage Carreras an unusual telemeter scale – which measures the distance between the wearer and an event that can be seen and heard. This is great if you’re worried about an approaching lightning storm or happen to be an artillery officer, but you may be challenged to find daily scenarios where it’s useful. Aside from this odd choice in chronograph scale (but then again – who even uses them?) TAG Heuer should be applauded for drawing inspiration from their iconic Carrera models, while exercising enough restraint to not mess with what made the design great.

The Calibre 18 Telemeter will be available around July with an indicative price of $6795 AUD that could change when the watch reaches the retail market.