Over a quarter of a million people agreed with meme accounts like the one below when they declared that Bezos’ NATO over outer suit style was “the most f*cked up thing” he has ever done. The truth, however, may be even sadder (or cuter, depending on your viewpoint) than just an unfortunate styling faux pas. Which, by the way, this is not. This is how proper astronauts wear their watches over their space suits. Totally legit. 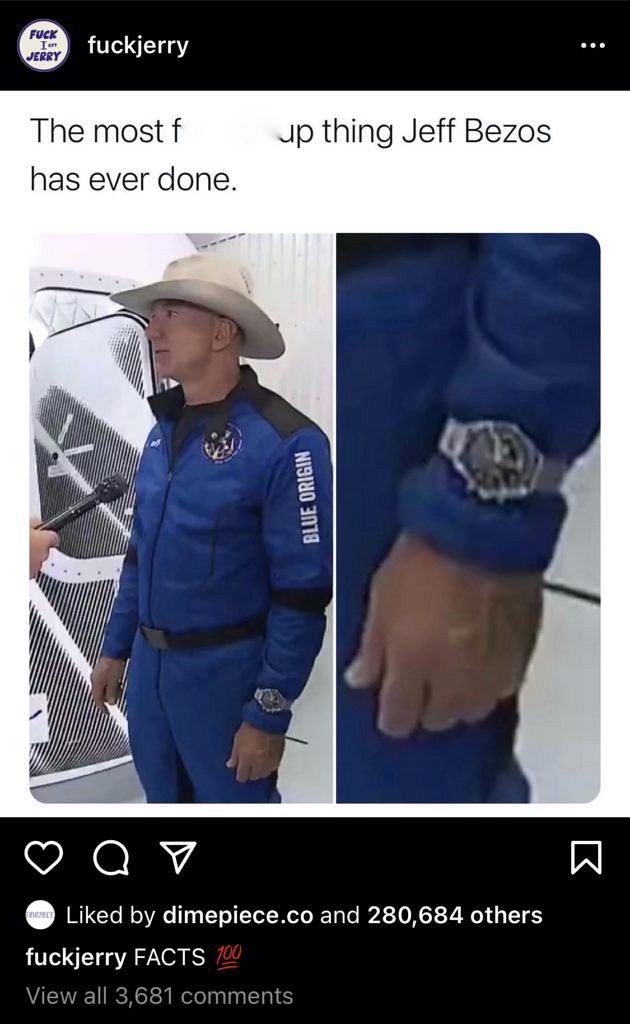 By wearing his Omega Speedmaster Professional Master Chronometers (ref 310.30.42.50.01.001 with Hesalite for the Omega-maniacs) over instead of under the cuff, and with a customised ‘Blue Origin’ NATO that approximates NASA flight-approved NATO straps, Bezos may be showing just how badly he wants this experience to grant him proper astronaut status.

Many, including our post on Insta, opted to describe him as “billionaire in space”, whereas what Bezos badly wants is the cool factor of proper “astronaut”, a term that may technically apply, depending on your definition. There is a question of whether there is a scientific – or practical, or safety – reason for wearing a watch in this manner for a ‘space’ flight of this nature. We can’t answer that, we’d be curious to find out. 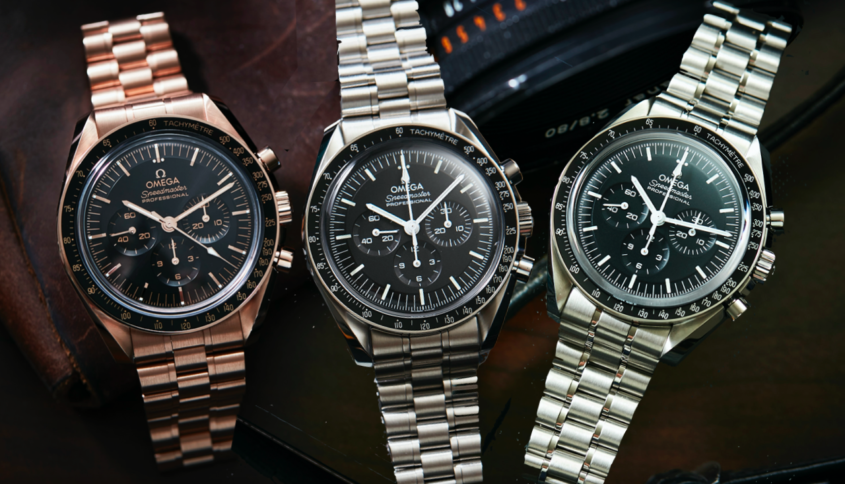 As for the “cute versus sad” factor, some may prefer the kinder view as he was clearly living out a childhood fantasy, and had all the trimmings to match. Coupled with the fact that he’s likely to be the only super-rich dude – with a net worth of $200bn – who drives a ’96 Honda Accord, this might check out.

Admittedly, hearing him thank his Amazon staff for “paying for” the space voyage – which reportedly cost $28mUSD per seat – tends to take the shine off. Especially when Bezos earns the average Amazon employees wage ($29,000AUD) in a week. It should be noted, however, that his CEO wage of 1.6mUSD is only 58 times the average wage, whereas the Walmart CEO make 938 times the average wage. Cute, sad, sad, cute – it’s up to you, but you can’t hate on the actual style of his over-cuff zero gravity swag, as we mentioned above, that’s legit. I’ve been to NASA, it’s how astronauts and their watches roll, for many practical reasons. And there we have our central question – does a touristic space flight an astronaut Bezos make? Whatever the case, wearing a watch over a spacesuit is definitely not the most f*cked up thing he’s ever done.

To learn more about Jeff’s exact watch, hit the video below and get schooled by Nick.