Editor’s note: We recently performed an overview of the watches most commonly worn by Donald Trump and Joe Biden, but despite being fresh from the campaign trial neither has ever had to do what former French Prime Minister Nicolas Sarkozy did. Sarkozy — fearing his Patek Philippe would be stolen — actually took his watch off as he met the people, after a few aggressive/enthusiastic handshakes with the crowd, to ensure his precious timepiece was not ripped from his wrist in the process.

Say what you will about American presidents, but they have never had to remove their watches in fear of indulging their crowd of supporters. There is a case to be made that leaders of countries should not wear such expensive and opulent timepieces, especially in harder times, but if you had Sarkozy’s collection, it’s hard to say you wouldn’t want to flex the watches as well. Let’s revisit the wrist of Nicolas Sarkozy, as well as remind ourselves why the French are known around the world for their fashion – Mr Benedictus, take it away …

In the lead-up to the 2012 presidential election, France’s leader Nicolas Sarkozy, was preparing to deliver a campaign speech in Paris. Striding through the heaving crowd in Place de la Concorde, Sarkozy grinned and shook the hands of his cheering supporters. But halfway along, a realisation flashed through his mind. Without stopping, he whipped off his watch and surreptitiously tucked it into his pocket. 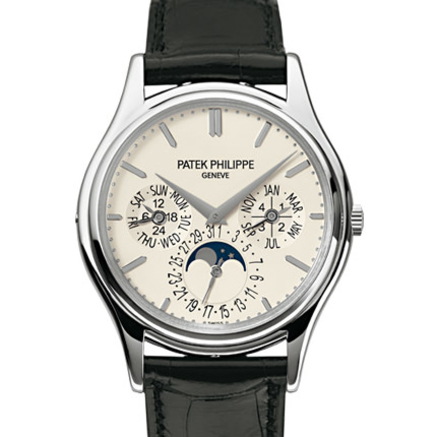 The watch in question was a Patek Philippe 5140G-001 Perpetual Calendar in white gold with an opaline white dial. A gift from his wife – the former model and millionaire heiress Carla Bruni – Sarkozy’s watch had a value back then of 55,000 euros.

Inevitably, Sarkozy’s sleight-of-hand act was caught on camera – you can watch his switcheroo below (forward to 2.05). Afterwards, he was crucified by the press for a gesture that was viewed both as proof of Sarkozy’s mistrust of his own people and the admission that his extravagant wristwear was inappropriate for a man in his position. Notably the man who ousted Sarkozy in the subsequent election, Francois Hollande, opted to wear a modest Swatch.

Political leaders live in a world where every speck of their life is deconstructed and analysed to death. Under such unrelenting scrutiny, your choice of watch is a dangerous business.

When elected, your uniform is largely predetermined. Sober business suit that’s just boxy enough to be slightly unflattering? Check. White shirt (pale blue if you want to go crazy)? Check. Unobtrusive tie? Check (or preferably block-coloured). But the conventions around your watch are less clearly defined.

For a politician, every speech, every outfit, every gesture carries amplified significance. Once in office, the most vital thing is for the public to relate to your philosophy and values. As the representative of your fellow countrymen, you need to look like a man of the people or at least live in the same stratosphere. 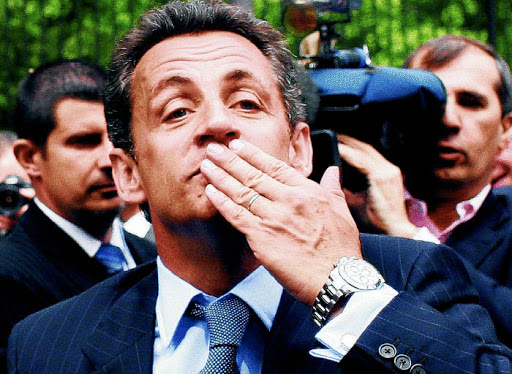 The former French Prime Minister with his Rolex Daytona.

Sarkozy’s grandiose watch collection achieved the polar opposite. Blame it on his Girard-Perregaux 1966, Patek Philippe Ref. 3940 or Rolex Daytona, but these watches do not suggest a modest servant of the nation. No wonder, Libération scathingly dubbed him “The Bling-Bling President”.

Matters weren’t helped when his closest friend, Jacques Séguéla, was asked on TV whether he approved of Sarkozy’s flashy lifestyle. “So what if he owns a Rolex, we can’t blame him for that,” the millionaire advertising tycoon said. “Everyone has a Rolex. If you don’t have a Rolex by the time you reach 50, then you have clearly failed in your life.” 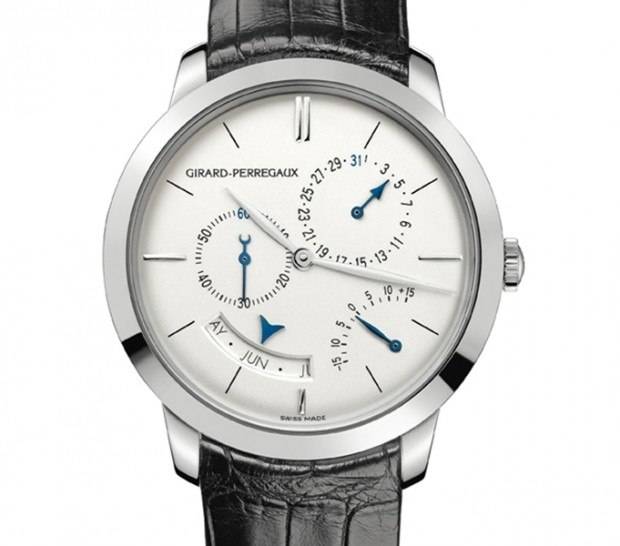 Séguéla’s comments may have been deliberately provocative. But the fact is that even the most hardened watch lover must admit that wearing a wildly expensive timepiece is a debatable move for a political leader who’ll inevitably have to deal with economic crises and unemployment slumps.

“So what if he owns a Rolex, we can’t blame him for that,” the millionaire advertising tycoon said. “Everyone has a Rolex. If you don’t have a Rolex by the time you reach 50, then you have clearly failed in your life.”

Sure, there are statesmen with the brazen front to shrug off the sensitivities of their wrist game. There have been and will always be bling-bling Presidents. The former Italian president Silvio Berlusconi, for example, happily wore his Vacheron Constantin Patrimony with minute repeater and perpetual calendar that cost a whopping $US540,000.  Then again, “Il Cavaliere” was rarely flustered by social delicacies. Among the current statesman, Vladimir Putin’s astonishing watch collection stands alone.