Editor’s note: One of the funny quirks of the English language is that there’s no word that rhymes with orange. Certainly, Patek Philippe Aquanaut Chronograph Ref. 5968A doesn’t, but don’t let that fool you, because this (very) fine fellow, with its orange details and neon strap option, is as orange as the sunset over Miami …

One of the more entertaining games to play at Baselworld 2018 is: “Who is Brand X after with this watch?” In some cases the answer can be as clear as mud, but in the case of the new Patek Philippe Aquanaut Chronograph it’s a bit of a no-brainer. Bright orange accents on its dial, and sold with both black and bright orange straps, this is the new king-casual Patek for a new generation. With the steel Nautilus in brutally short supply these days, this new Aquanaut is expected to be the new entry point into the Patek Philippe universe. Having taken a closer look at the new reference 5968A, we don’t doubt it’ll hook its fair share of new Patek fans. 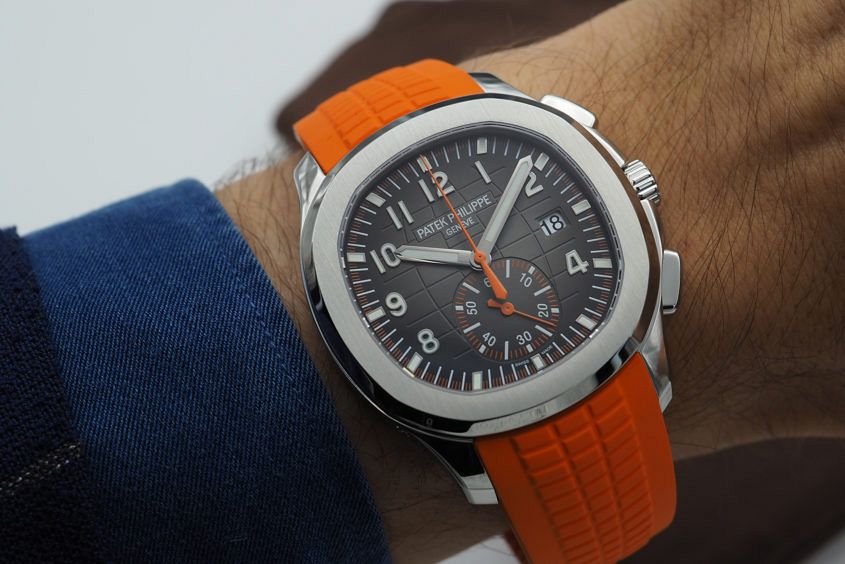 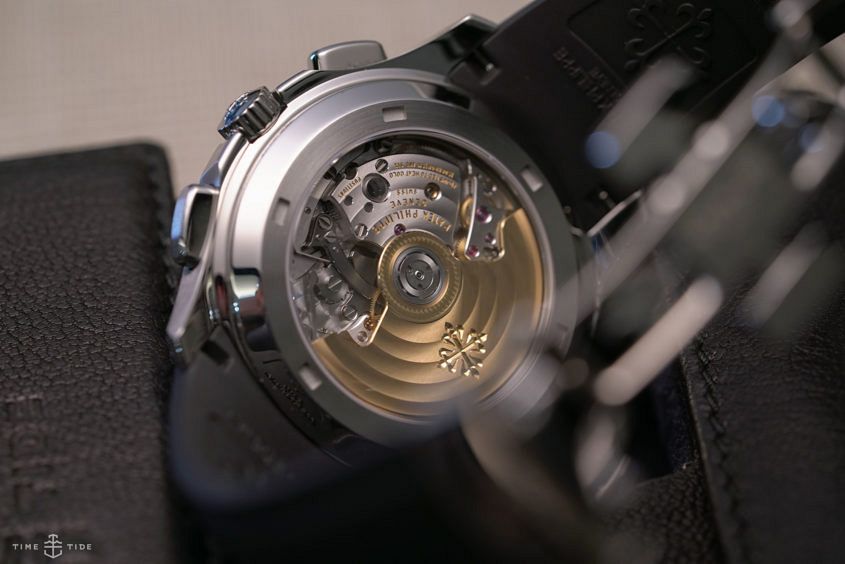 Transferred over from the Nautilus chronograph, the automatic flyback chronograph Caliber CH 28-520 C powers the new Aquanaut, featuring central chronograph seconds and a large 60-minute chronograph counter at 6 o’clock. Unlike current versions of the Nautilus Chronograph, the Aquanaut’s subdial does not include the 12-h totaliser within said subdial, giving the dial a slightly cleaner look. The case size is also increased on this latest Aquanaut, coming in at 42mm in diameter. This is now the largest Aquanaut on offer from the brand, surpassing the Travel Time by a modest 1.2mm. That said, not having the pushers located on the opposite side of the crown, this difference in diameter is barely noticeable when comparing the two models. 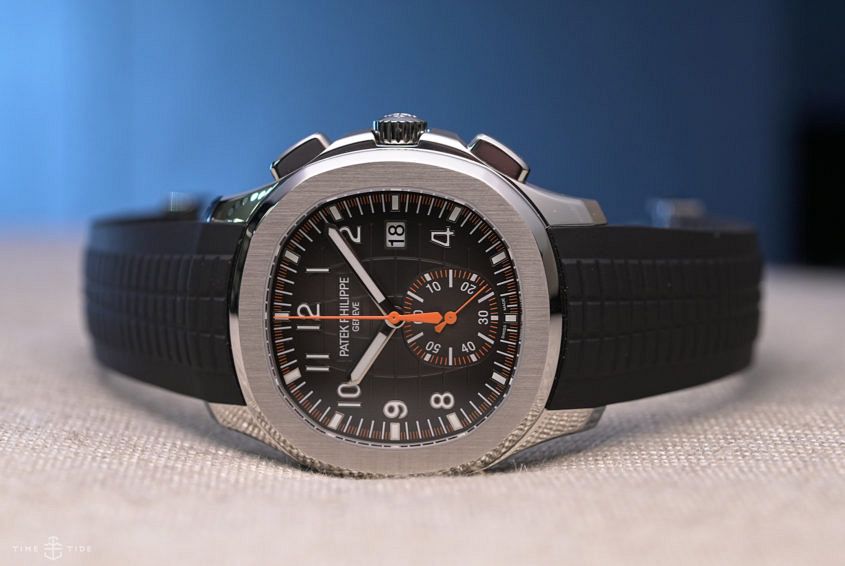 Though it’s difficult to get a proper on-wrist feel of a watch whose strap is sized by cutting, first impressions of the new Aquanaut Chronograph are pretty solid. The colour combination of orange accents against its faded black/grey dial looks fantastic in person, especially when paired with its bright orange strap. Those wanting to stay a touch more understated (without being boring) will appreciate the black strap combination just as much. I’m the first to admit that though I can appreciate the spectacular quality and execution of all things Patek, I generally find their watches a touch too conservative for me to lust after personally, but this Aquanaut might just be the piece that draws me into the fold … 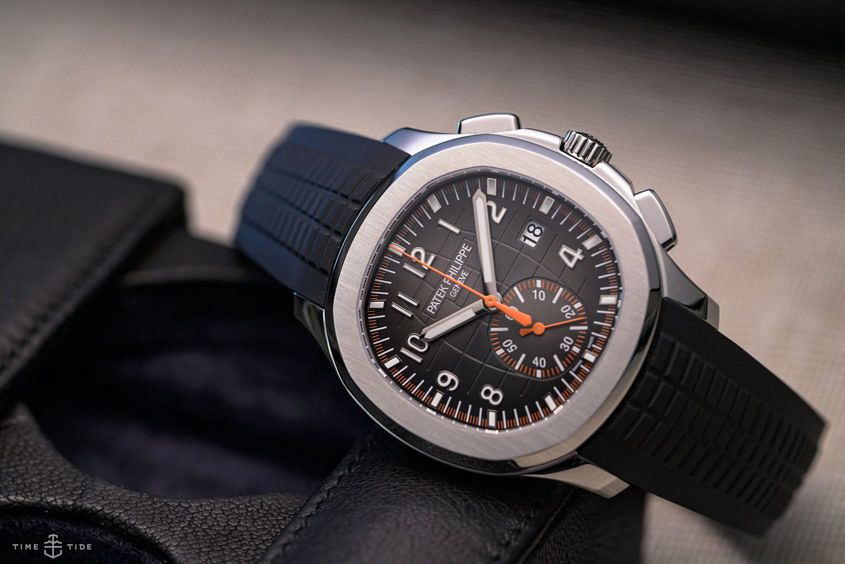 A younger and more adventurous crowd, as well as the entrenched Patek Philippe collector looking for something more casual.

The whole damned thing, really. We knew Patek would be bringing something a little different this year, but bright orange totally wasn’t on our radar.