Hollywood’s night of nights, the Oscars, was just yesterday, and while most of the noise around this year’s event was Brad Pitt finally scoring his first ever gong for his supporting role in Quentin Tarantino’s Once Upon A Time In Hollywood (and shedding a tear… oh, Brad!) for us watch tragics it was a great chance to see what the glitterati were wearing on their wrists. The Oscars is also about what – if any – kinds of trends the wrist choices might point to. And the early running there is, to not mince words, sports watches in precious metals and integrated bracelets. Here’s the proof. 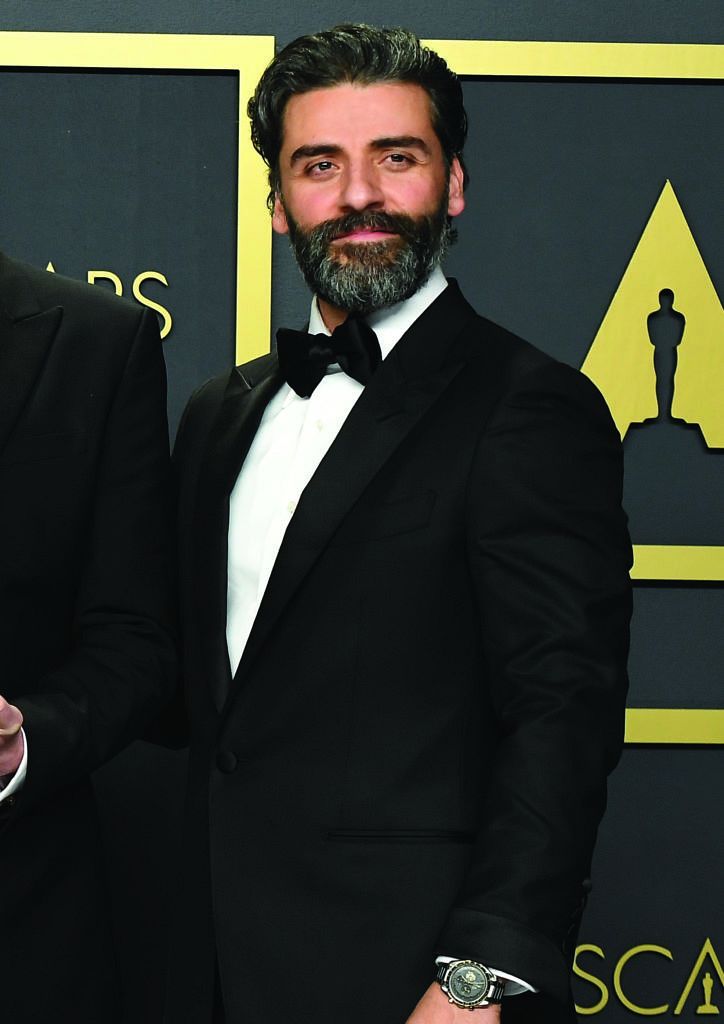 Oscar Isaac’s choice of an Omega Speedmaster Apollo 11 50th anniversary sums up the dominant trend in men’s timepieces at this year’s Oscars — professional or luxury sports model watches with integrated bracelets replacing traditional dress watches on leather bands, which is obviously the usual norm to accompany a black tie affair. Is that controversial? Maybe? We once wrote about this topic with specific reference to Rolex in a story called ‘No Submariners with black tie.’ Read it here. The other big theme from this year, also reservedly evidenced in this Speedmaster, is gold … it’s back, baby. And just about every leading man had a watch that featured the precious metal, in some capacity. 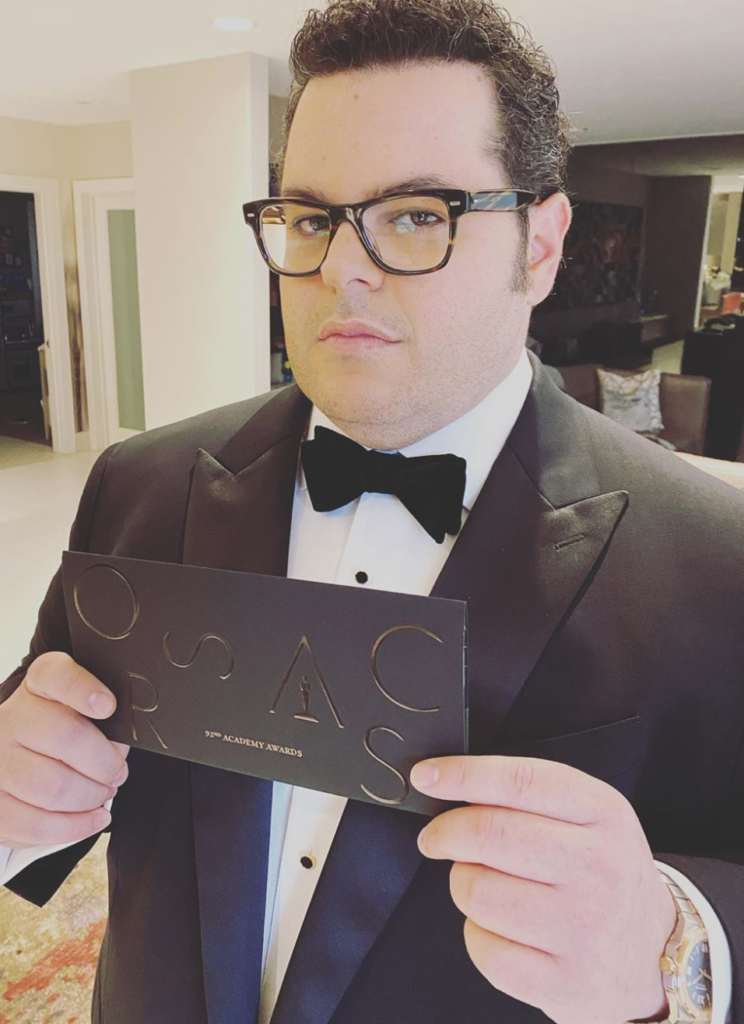 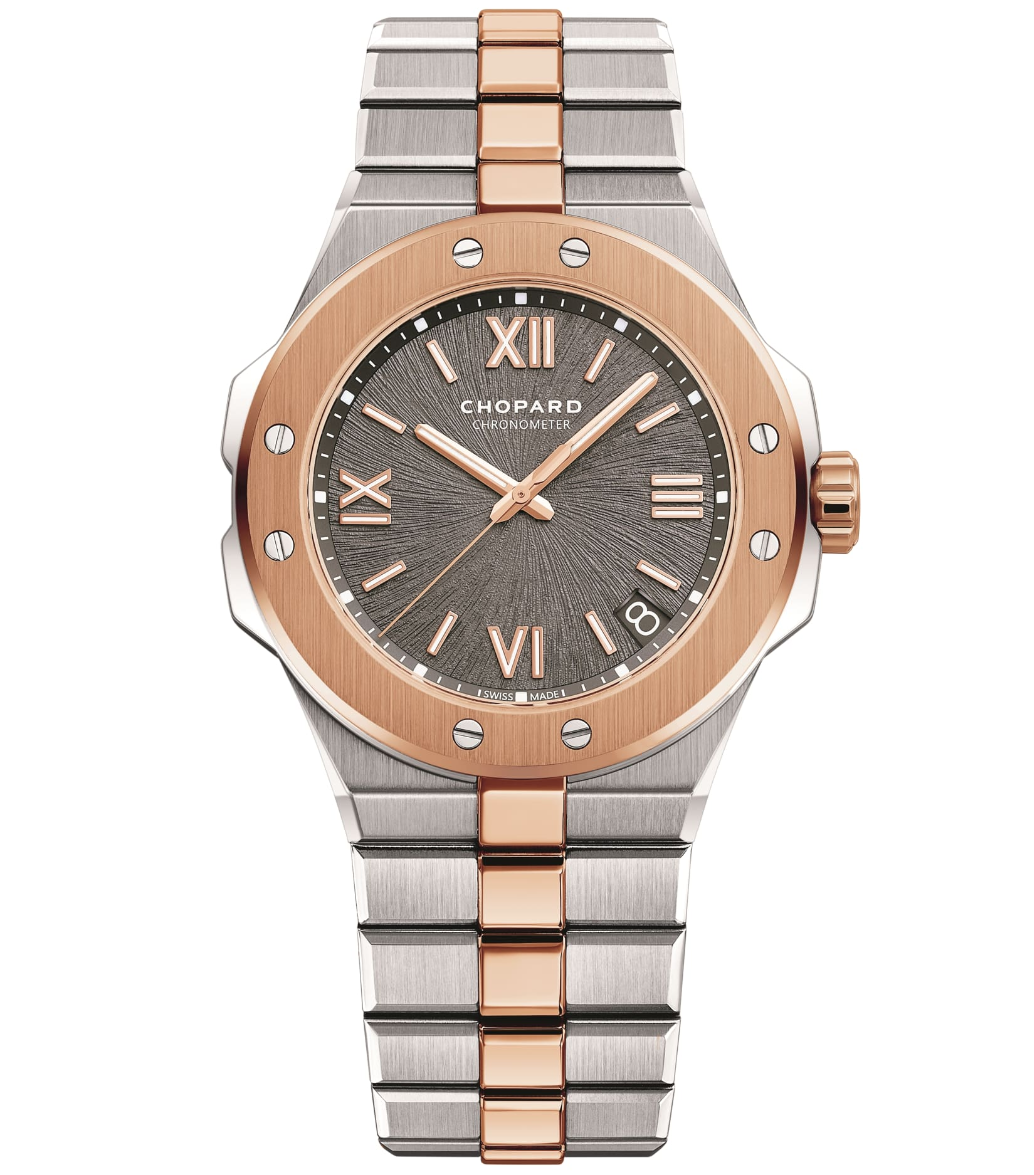 Luxury sports watch: check, conforming bracelet: check, some form of precious metal: check. Yep, the 2020 watch vogue was well and truly accounted for with Josh Gad’s choice, the Chopard Alpine Eagle Ref.298600-6001. This 41mm sports watch was one of the main provocateurs of last year’s watch releases and, in my opinion, it looks awesome, especially in two-tone 18k rose gold and Chopard’s Lucent Steel A223. More interesting still is that it doesn’t look at all out of place with the penguin suit … in fact, if anything, it elevates the whole ensemble to another level. And once again, it shows that the current trend for luxury sports watches can easily transcend the teak decking and loafer savoir faire of the Riviera for the bright lights and bold personalities of the red carpet. 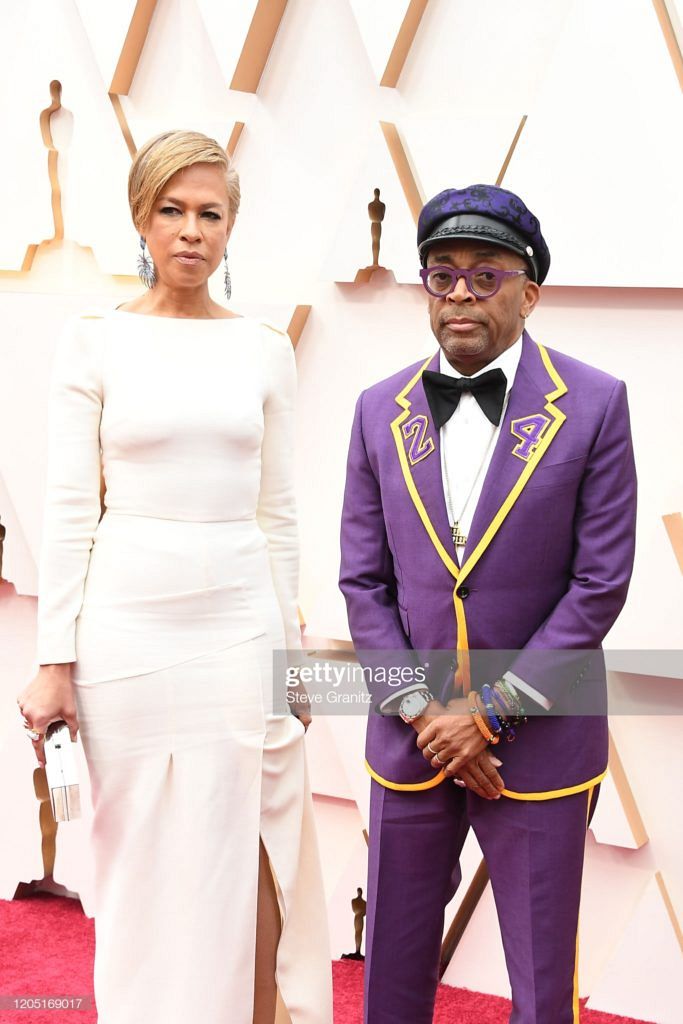 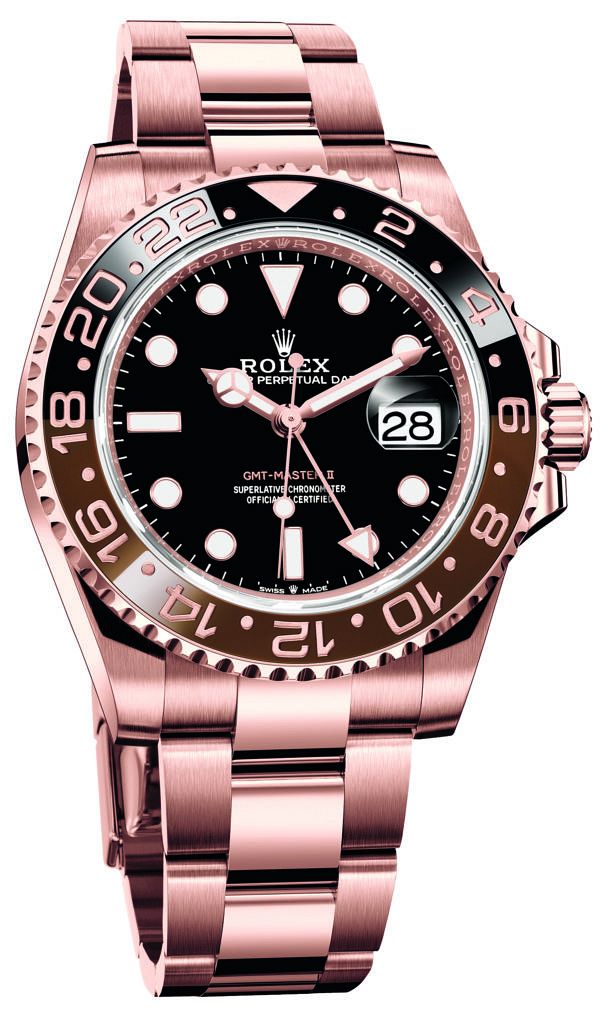 Spike Lee, a man with perennially provocative – and in this case, purple – dress sense, wholeheartedly jumped on the bandwagon of wearing a precious metal sports watch to the Oscars. Rolex’s solid 18k Everose GMT-Master II Ref. 126715CHNR “Root Beer” is an archetypal sports watch, but in Rolex’s iconic Everose precious metal, it is not destined to be on the turf as much as carpet of a red variety. 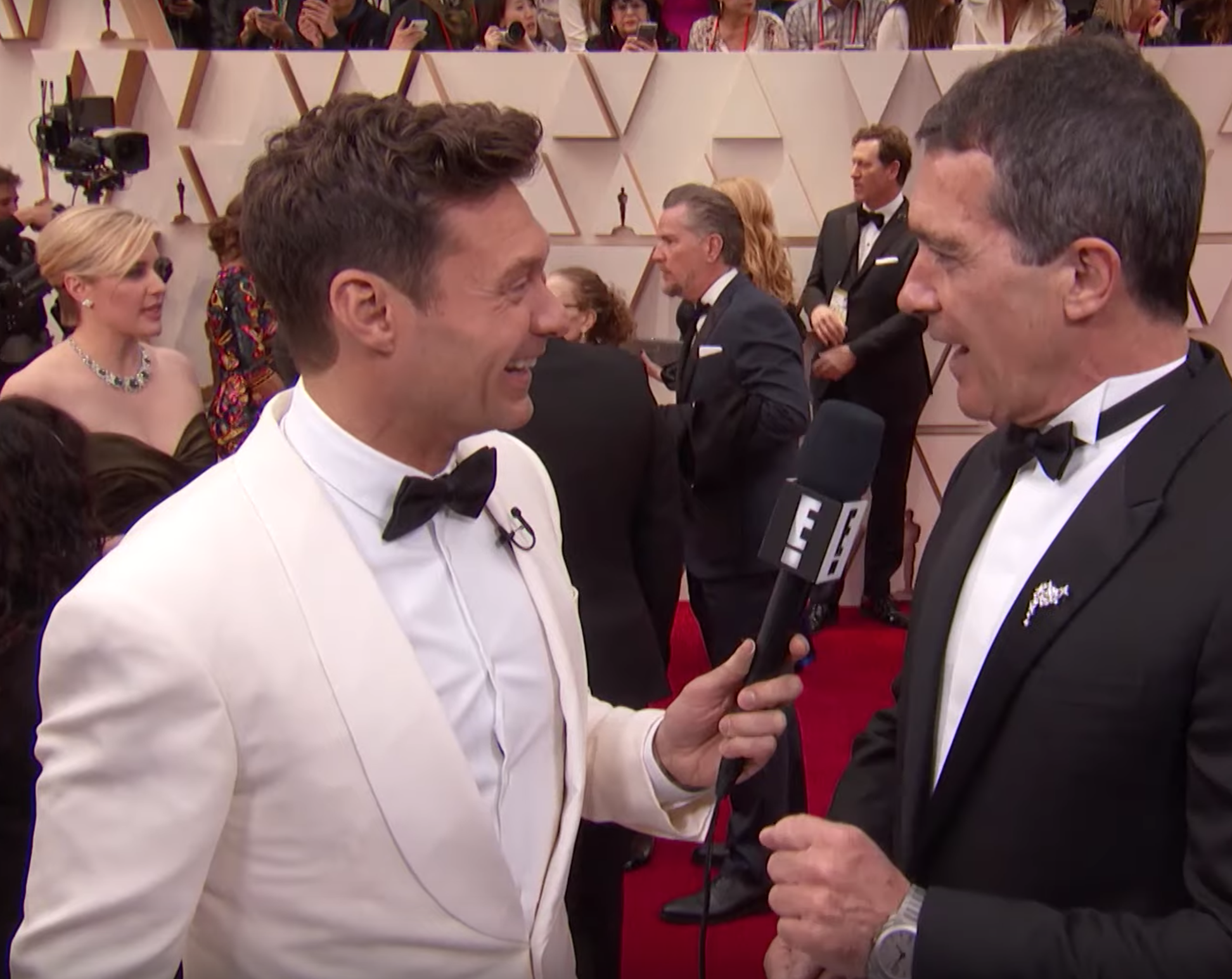 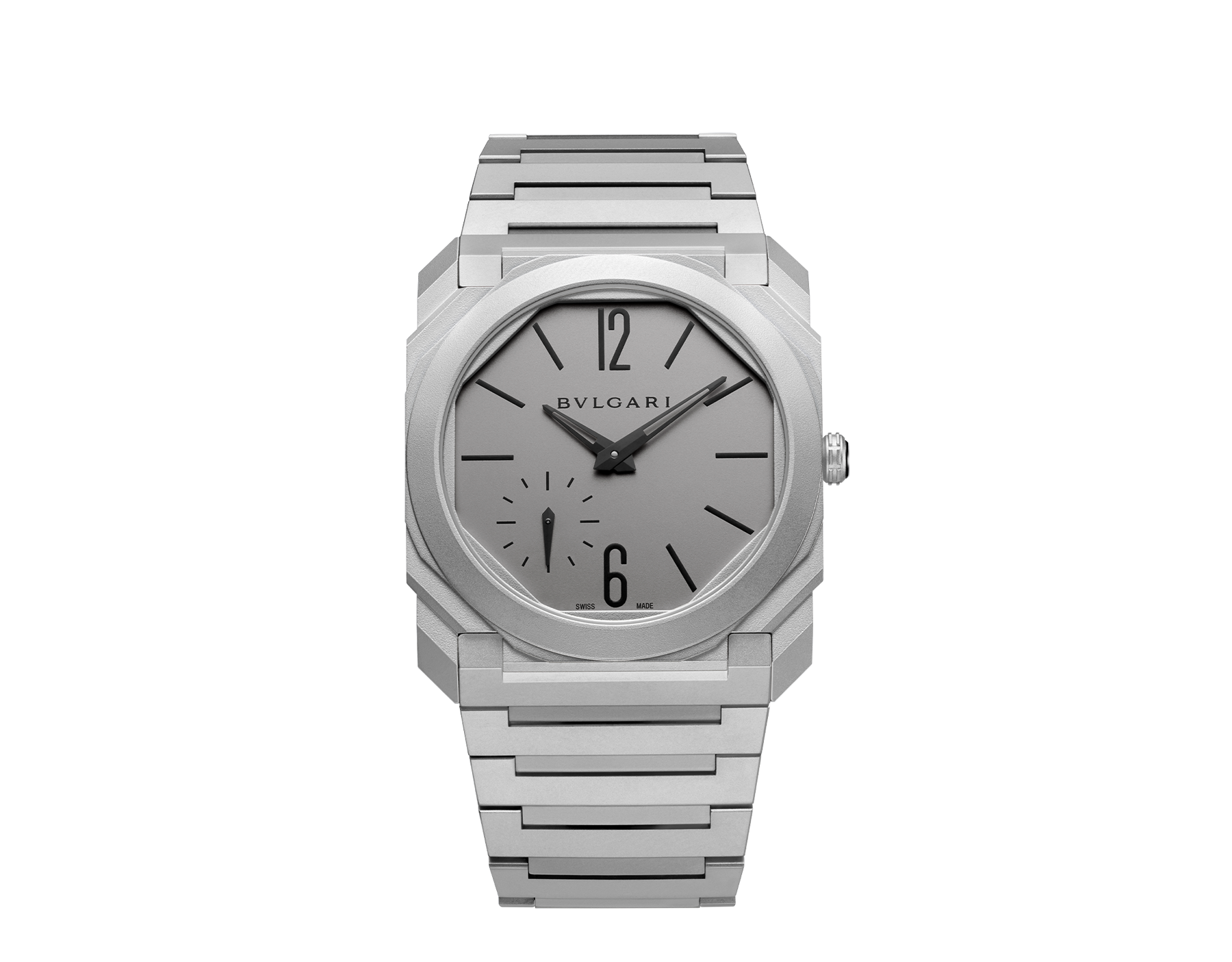 If anyone was going to buck the trend, it was this original. Spanish actor Antonio Banderas was spotted wearing Bulgari’s Octo Finissimo Automatic, a watch we should probably stop being so enamoured with. But what’s not to adore, with its gorgeously slim, sandblasted titanium case and conforming bracelet, charmingly spartan dial design and beautifully finished manufacture calibre movement. But the fact that Banderas was spotted wearing one in place of his daily wearer Hublot Big Bang potentially signifies that the Octo may have finally made it to the mainstream amongst competitors like Patek, Rolex and Audemars Piguet. Certainly, ever since the lissom watch was unveiled in a stainless steel example a couple of weeks back at LVMH’s Dubai Watch Week, it’s had quite a few people talking. And while the watch Banderas was wearing didn’t look like it featured any precious metal, the watch movement features a solid platinum micro-rotor … so technically, it does. Tick.