Earlier in the year, Omega celebrated 50 years of Man stepping off our terrestrial sphere with the release of a very faithful reissue of the 1969 commemorative gold Speedmaster (even though the alloy itself is very new). But everyone kind of figured that wouldn’t be the only celebratory Speedy to step out of the brand’s Bienne factory. 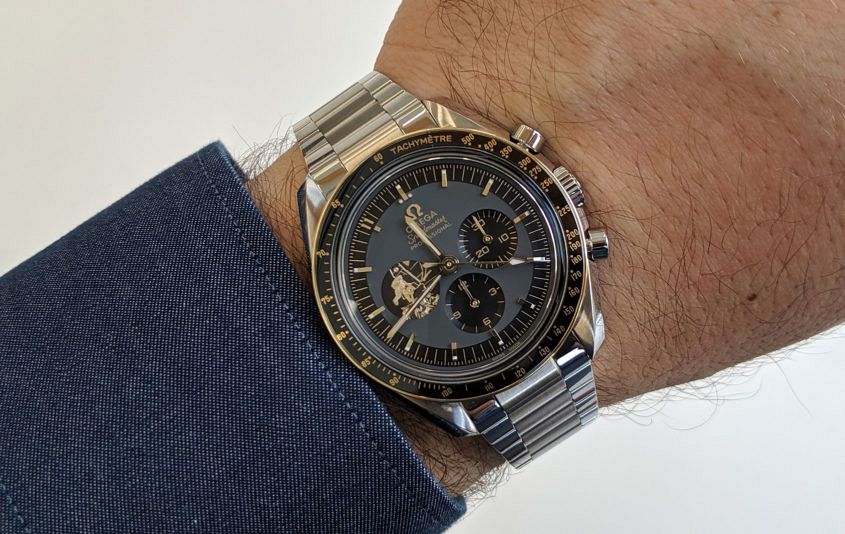 And everyone was right. Meet the Omega Speedmaster Apollo 11 50th Anniversary Limited Edition in a steel case. Now, though the 42mm case is traditional steel, the bezel is Moonshine gold, Omega’s new, more muted take on traditional yellow gold. But the special touches don’t end there. The dial is grey in the centre and black at the edge, there’s a nice Moonshine gold ’11’ on the dial instead of the usual baton, and a rendering of Buzz Aldrin climbing out of the landing module at nine. The subdial is also Moonshine gold that’s been blackened and laser-engraved. The caseback shows that famous footprint, and hidden behind it is the new 3861 calibre, a Master Chronometer certified version of the classic 861. 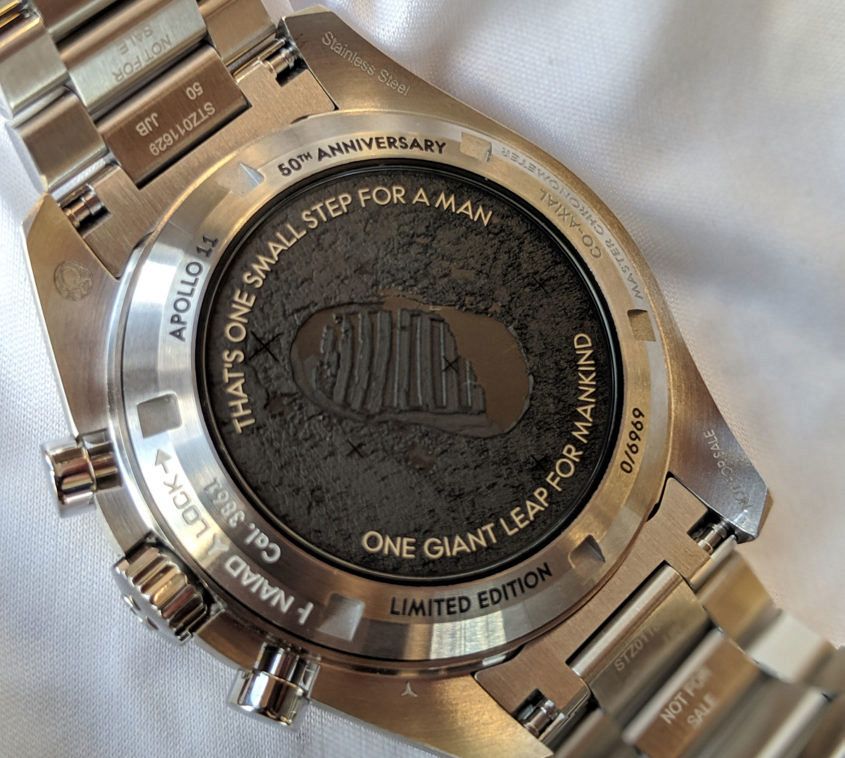 The other major visual difference is the bracelet, which is a modern interpretation of a vintage bracelet. The links are flat, and finished in a mix of polish and brushed treatments. The clasp features an historic logo. The watch comes in an impressive presentation box, and with an additional velcro strap (for any EVAs you might undertake), and an unusual, but stylish cork strap with gold inclusions. It’s limited to 6969 pieces. 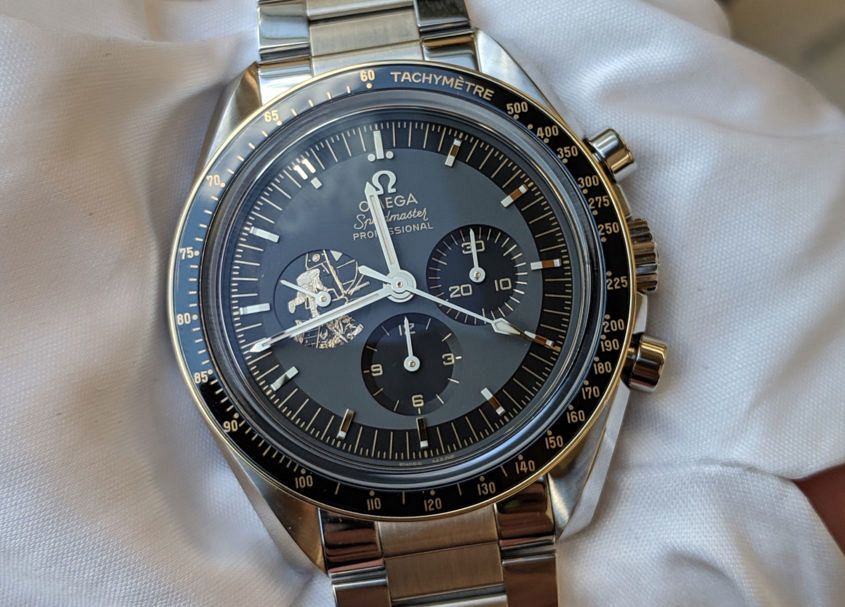