We knew it was coming. To paraphrase former PM Paul Keating, this is the upgrade we had to have. The Omega Seamaster Diver 300M Chronograph. But before we dive into (sorry, can’t help it) what makes this watch special, a quick update for those not up to date with the news from Biel. Last year, at what would be their last Baselworld, Omega announced a major upgrade to the (genuinely) iconic Seamaster Diver 300M, AKA the James Bond watch, with an evolved, refined case, a new dial and a host of other crowd-pleasing bells and whistles. For me this watch was one of 2018’s standouts, and we knew it was just the beginning. 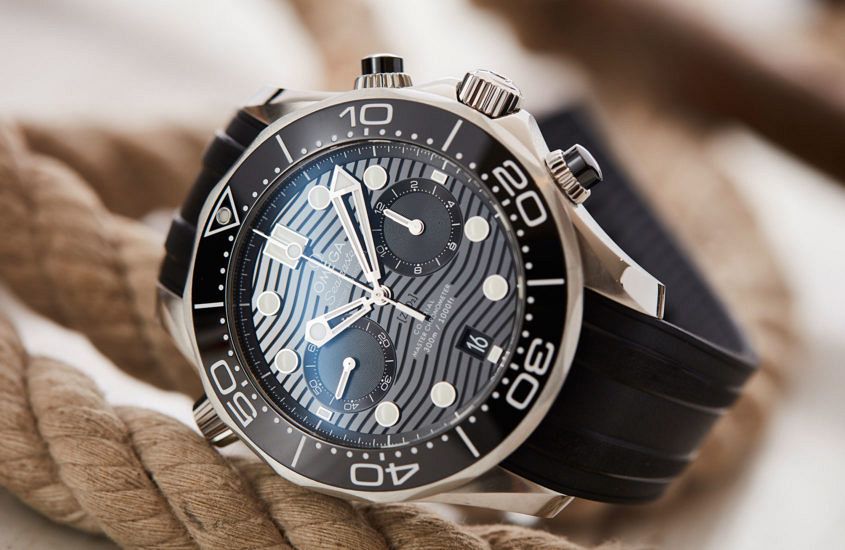 We were right. Earlier this year, much ink was shed extolling the virtues of Omega’s Apollo 11 anniversary pieces, and rightfully so. Alongside these limited edition Speedmasters we were treated to a chrono of a different flavour – the mighty, and muchly anticipated Omega Seasmaster Diver 300M Chronograph. And the best part is that at Time to Move, where this watch was announced, we weren’t drip-fed a single model but rather a full range, from precious metals to steel, with bi-metal in between. So, we were spoiled for choice, but for today’s write-up we opted to keep things classic, with the steel model with black dial, on rubber. Perfect for this decidedly summery weather. 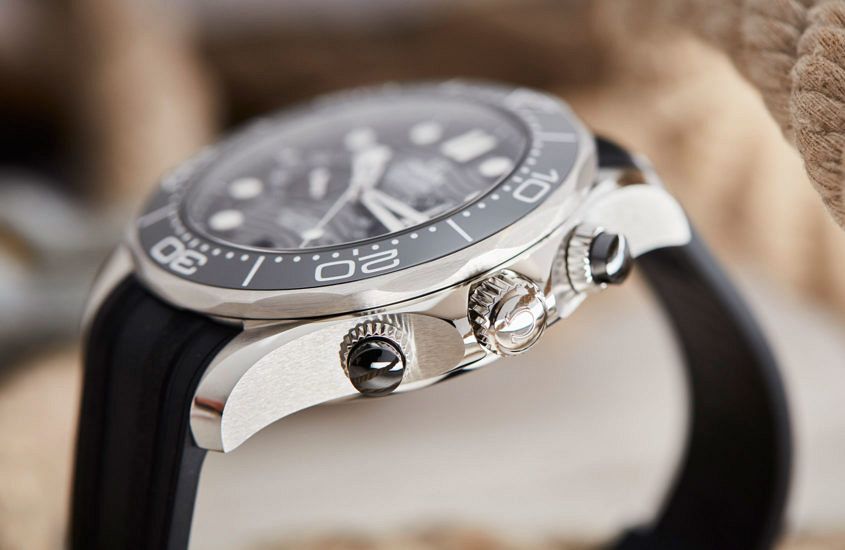 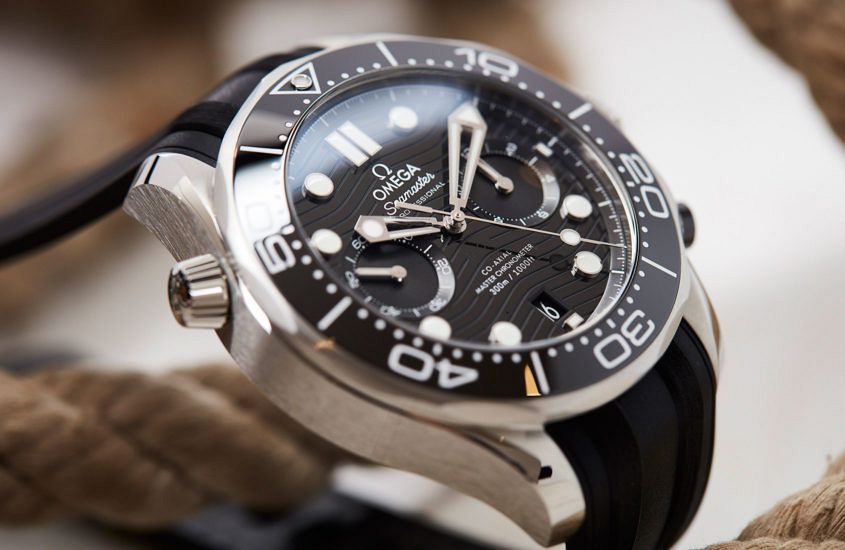 First thing to note out of the blocks is that the chrono is a bigger beast than its time-only cousin. We’re talking about a 44mm case rather than 42, and taller, thanks to the thicker movement (I sadly don’t have specific stats on that handy). This makes a considerable difference on the wrist, though in this instance the excellent Omega rubber strap offsets some of the heft. Given that this is a diver, it’s only appropriate that it’s rated to 300M. Design-wise, there’s a bit more going on, as you’d expect. Two registers dominate the dial — running seconds at nine, and a Co-Axial minutes and hours counter at three. On top of that there’s a date at six, a healthy amount of dial text and that laser-etched wave pattern on the ceramic dial. Oh, and then there’s the helium escape valve at 10, and the screw-down ceramic chronograph pushers (bonus points for using ceramic pushers, and for echoing the conical design of the HEV). And while on a less well-executed watch all this could look messy and over-the-top, Omega has made it all play nicely together here. Powering this mighty watch is the Calibre 9900, fully compliant with the rigorous Master Chronometer certification, a column-wheel Co-Axial chronograph, good for 60 hours of power reserve that’s exceptionally resistant to magnetic fields. It’s safe to say this is one of the best commercial chronograph movements in the market today. 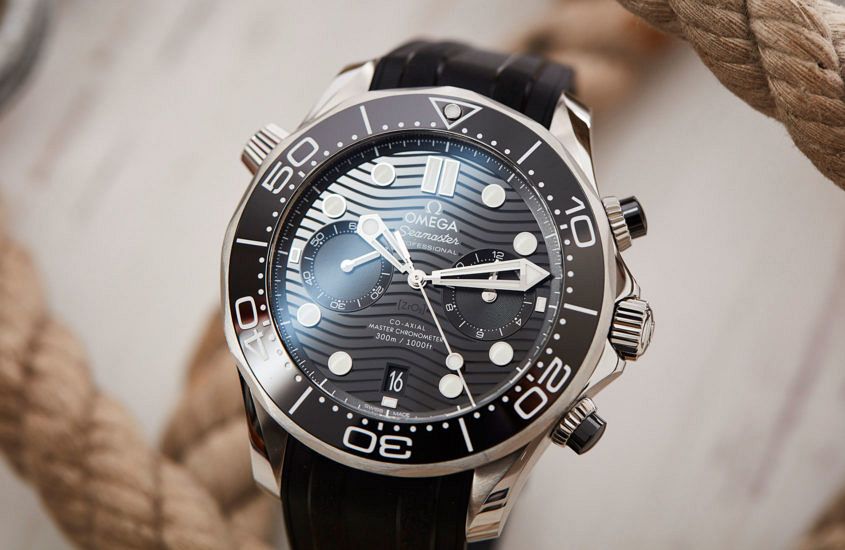 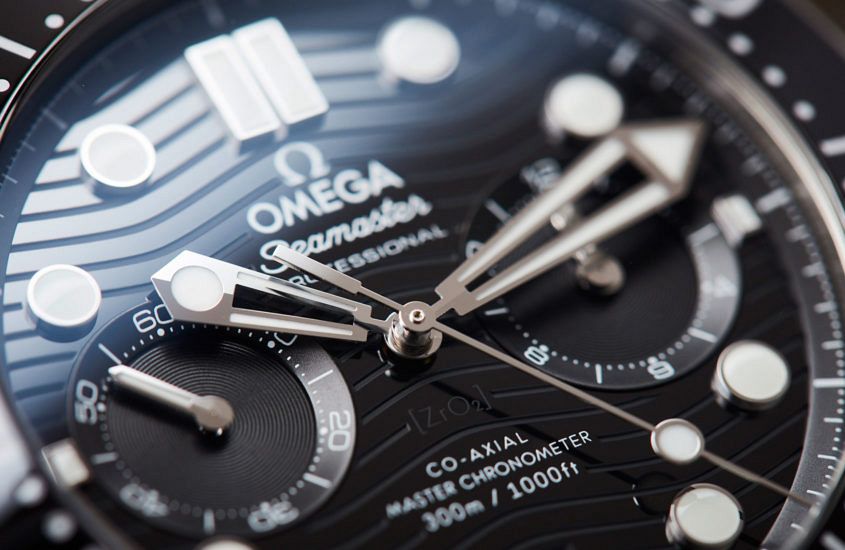 In fact, that statement of ‘one of the best commercial chronograph…’ can be extrapolated to everything about this watch. Omega is a force to be reckoned with these days, making some phenomenal watches at competitive prices, and this is no different. The sporty, summer fresh styling of this watch might not be to all tastes, but really, the subjective elements are the only major sticking points. Because objectively, this is an excellent watch on all fronts. 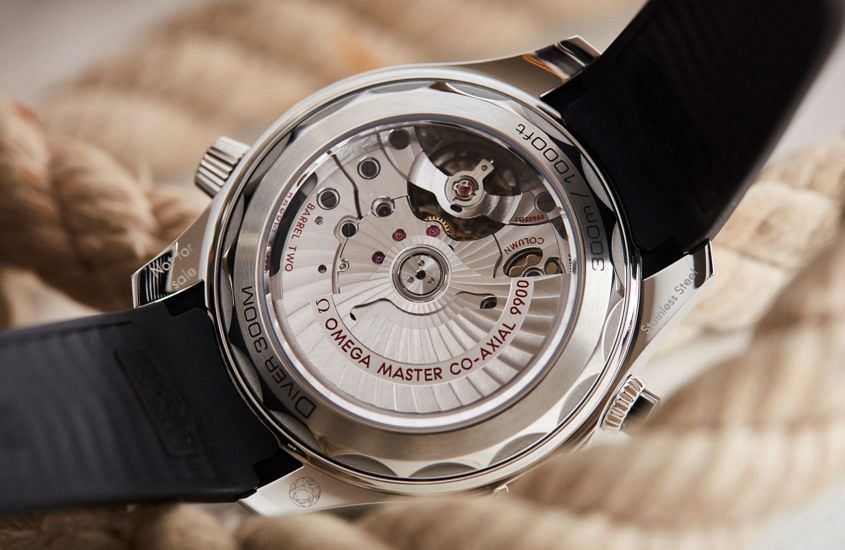