Tiffany & Co, the prestigious jewellers better known for love heart necklaces and blue boxes have just announced a new watch collection. This is important news because it comes off the back of a multi-year, half a billion dollar legal battle with industry giant the Swatch Group. 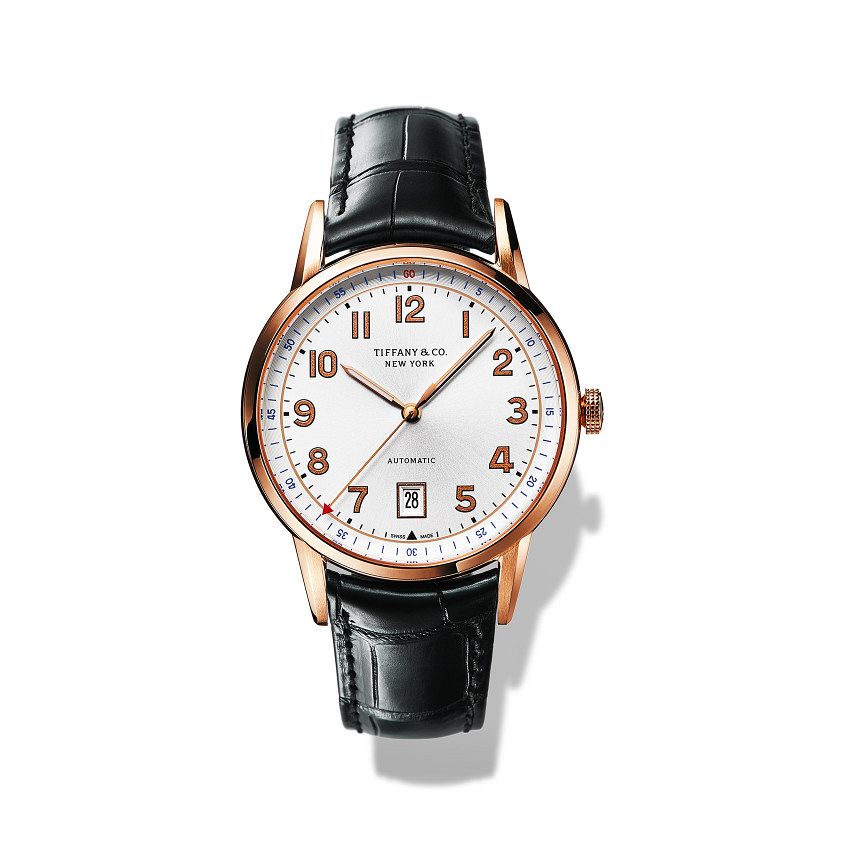 Tiffany and watches have a complicated, and expensive, backstory. In 2007 the brand entered into a partnership with the Swatch group behemoth that in essence outsourced the design and production of Tiffany & Co watches to Swatch. Long story short, no-one was particularly happy with the watches, lawyers got involved and years later Tiffany & Co was ordered to pay half a billion dollars in damages to the Swatch group. But as you’d expect with that much money on the table the lawyers are still fighting it out and the damages have not yet been settled.

But it seems that Tiffany & Co are now confident enough to get back into watches, and they’re doing so with the Tiffany CT60 collection (a tribute to founder Charles Tiffany) – a range that is sophisticated and assured. On paper the collection looks impressive. Not just because it offers five new models with a total of 23 dial and strap variants, or the smart, heritage inspired designs. What’s most impressive is that the watches are powered by Swiss automatic movements. 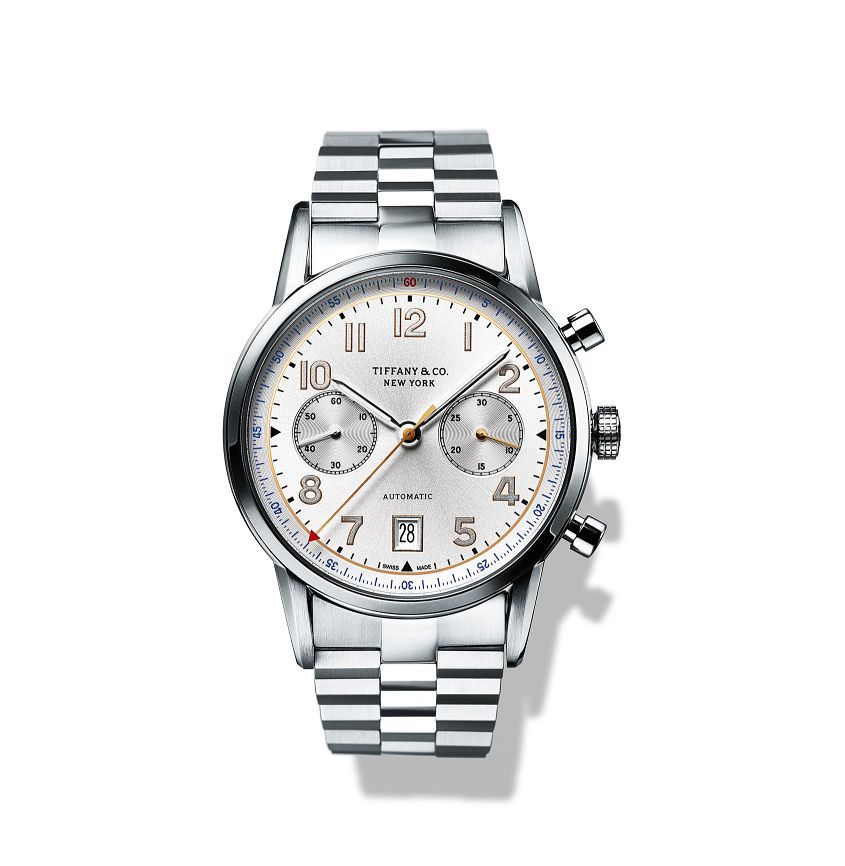 Usually, if a jewellery brand makes watches they design something ho-hum, put a quartz movement in it and their name on it. But then again, Tiffany & Co isn’t your typical jeweller, and they have a pretty long history with serious horology. 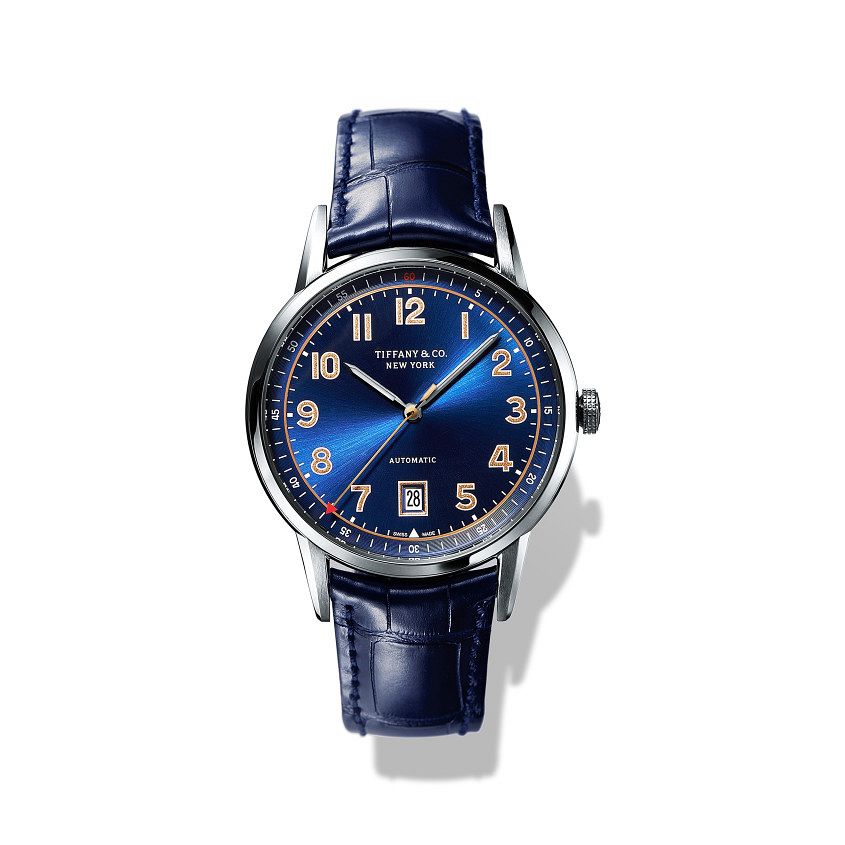 Vintage watch enthusiasts might well be aware that the name Tiffany occasionally pops up on the dials of Rolex and Patek Philippe watches (and adds serious value), in fact Tiffany & Co were the first store in America to sell Patek in 1854, and the partnership is still going strong some 160 odd years later. And while Tiffany still produces a range of watches, the CT60 collection is a cut above. The line, which consists of 34, and 40mm three-handed watches, a chronograph and a very good looking calendar watch, is inspired by a watch from the Tiffany archives given to President Franklin Delano Roosevelt in 1945. This lineage in the CT60 collection is most clear in the calendar piece, but all the models share the attractive vintage numerals.

Tiffany & Co are also announcing an odd, but compelling looking rectangular art-deco inspired watch with a twist, called the East West. Rather than placing the 12 at the top of the watch, they’ve rotated the dial 90 degrees. This is one we’d want to see in the metal before making the final call, but it’s not an unprecedented design (the Vacheron Constantin Historiques 1921 springs to mind), but we think it will work. 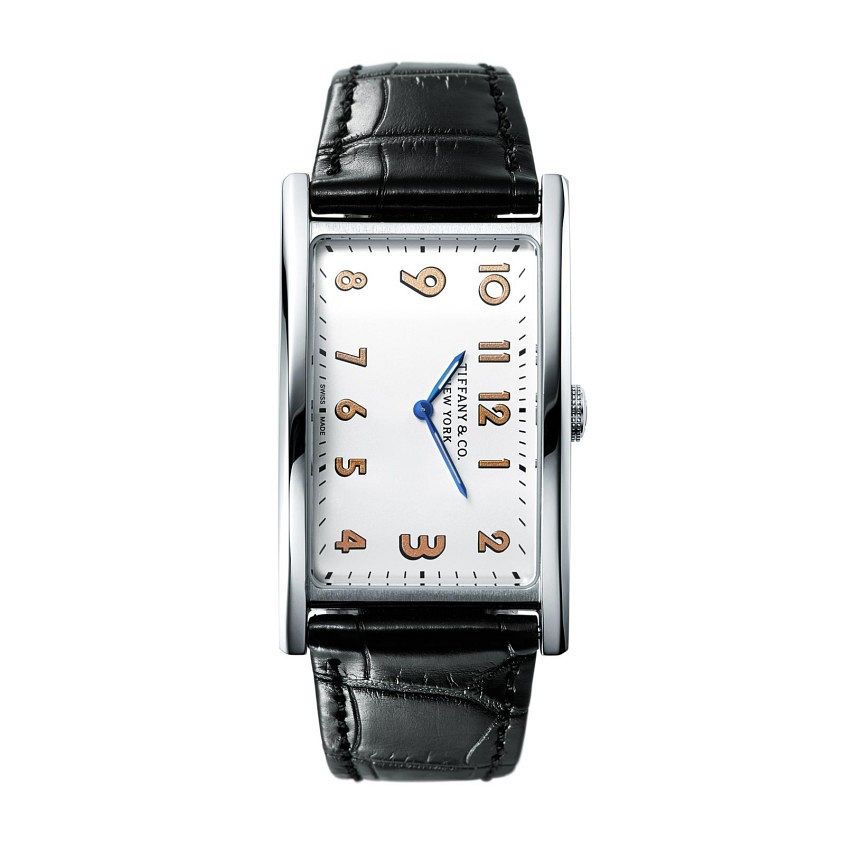 For such a household luxury name such as Tiffany to launch completely new, automatic watch collection is big news, especially after the abortive partnership with Swatch, but the real question is, will the Tiffany CT60 collection be a one off, or the start of Tiffany & Co moving more aggressively into the ‘serious’ watch space?

No word yet on when the watches will be available (though we suspect around the middle of the year), or on Australian price, but the CT60 collection starts from US $4250, and the East West starts at US$3400.