I remember the moment with perfect clarity. It was the Australian Open, 1993, I was 17, and finally, FINALLY, I could prove to my squad (Ormond Tennis Club, what a crew) that the Thor-like thunderbolt serves I had been throwing down with my right hand since the early 90s were 200km/h, if not more. There was a chance to serve into a ceiling-high net and a little timer LCD display would show the gathering crowd of onlookers its speed. I took a deep breath, went through my pre-serve routine, bounced the ball like Djokovic, and…

This thing must be broken? My ego certainly was, momentarily. Boastful teenagers of Brisbane and the world are going to get to see several things they haven’t before at the Brisbane International 2016, including an accurate reading of their serving speed thanks to Rado smash corner (contestants that guess the correct speed will receive a tennis pack from Rado), as well as a Hyperchrome shaped corner clock on every court, measuring the elapsed time of each match. 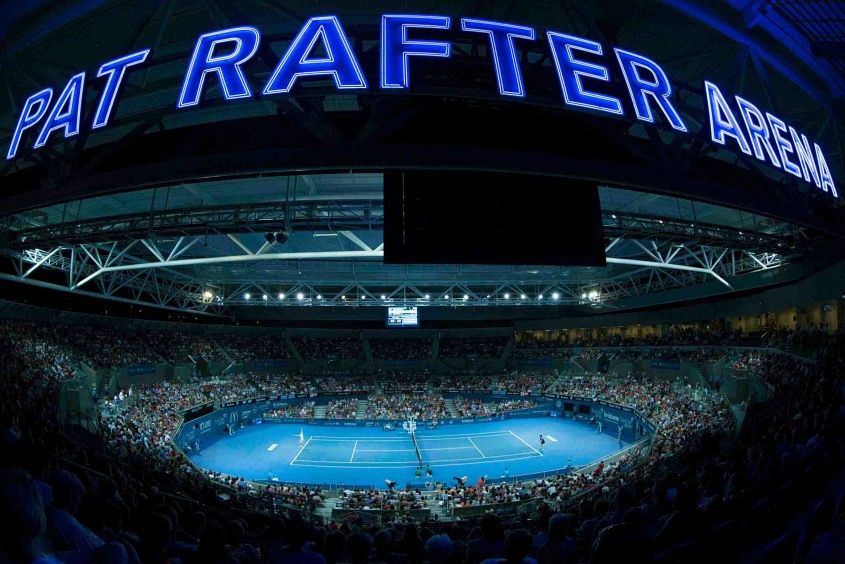 Pat Rafter Arena, the show court of the Queensland Tennis Centre, home to the Brisbane International.

Rado is all set to join the world of Australian tennis, which is hotting up in anticipation of the Australian Open (18-31 January 2016), with its sponsorship of Brisbane International 2016. The event is an important standalone tournament on its own, but it also serves as a great form indicator ahead of the first Grand Slam Aus Open. Rado will be the Official Timekeeper for the first time ever. The Rado HyperChrome Matchpoint Limited Edition (of 999 pieces) will be the Official Watch of Brisbane International. 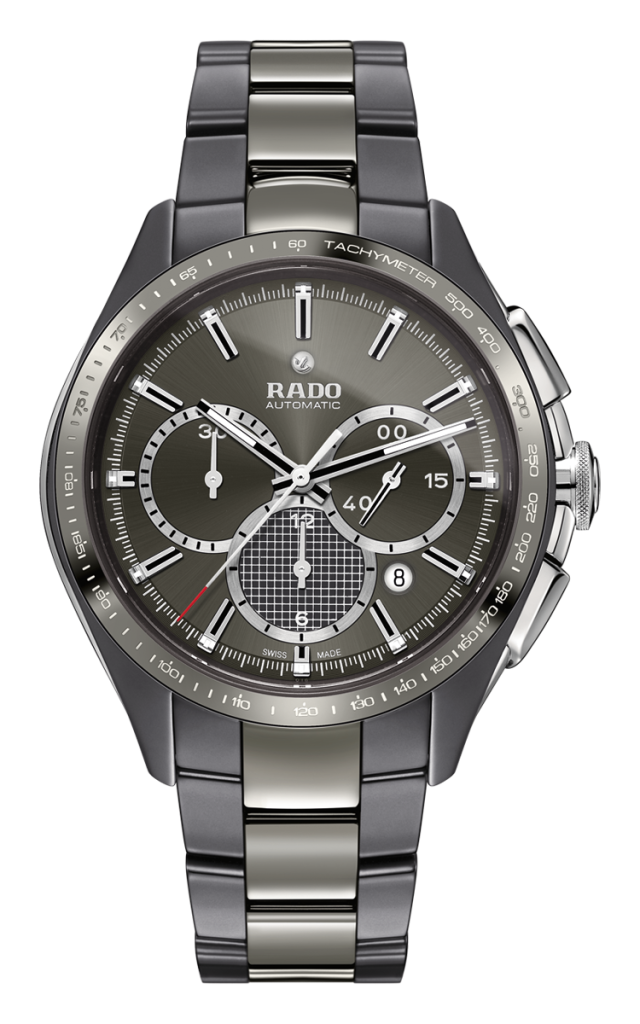 The HyperChrome Match Point features a small seconds counter marked at 00, 15 and 40 (but where’s the love??) and a chronograph hour counter with a net-like design. The monobloc case and bracelet are in matte plasma high-tech ceramic with polished plasma middle links. The bezel features an engraved tachometric scale.

Part of the ATP 250 World Tour, Brisbane International is an outdoor hard court tournament held from 3-10 January 2016. The tournament takes place at Queensland Tennis Centre, with feature matches played on Pat Rafter Arena. Now celebrating its eighth year, Brisbane International enjoys the distinction of being a combined ATP and WTA tournament, offering fans a chance to admire the athletic prowess of both male and female tennis stars.

As for whether you’ll be brave enough to test your own prowess via Rado smash corner? The choice is yours. If you toe the line, may the force, and a 200km/h serve be with you.