So, this exists. Look, I write about high-end mechanical watches on the daily, so I’ve got a pretty high threshold for the superfluous things in life, but this is just ridiculous. 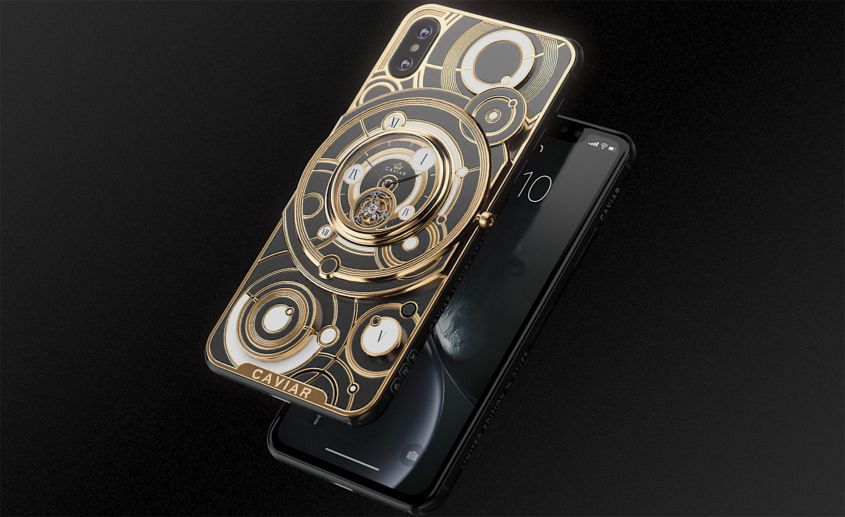 A company called Caviar (of course they’re called Caviar) has revolutionised the world of both watchmaking and iPhones by releasing (and I quote): “the first iPhone with a Tourbillon”. Now, when I first read the press release I thought it was an iPhone case with tourbillon, which, I mean, isn’t the worst. Tourbillons are cool and if you want to spend more money than is sensible on a case … hey, it’s your money. But, no. They’ve Dr Moreau’d this thing and given us the worst of both worlds. Starting from $8350 USD.