This year might be one of the most unusual ever when it comes to new watches being released. While brands were already seeking different ways to share their new releases with the watch-loving community, the global pandemic that we are still watching unfold has put a stop to almost any plans that brands might have had for the year. That means watches are being released in slow drops at the moment, not able to capitalise on the big moments such as Watches & Wonders or Baselworld where the industry is all in one place (though we did our best to make a moment with our coverage of Watches & Wonders Online). To make sure you aren’t missing any of the new watches that are being released at the moment, we wanted to take a look at a few pieces that have been released a little more quietly over the last few weeks, including great pieces from Omega, Bulgari and Casio. 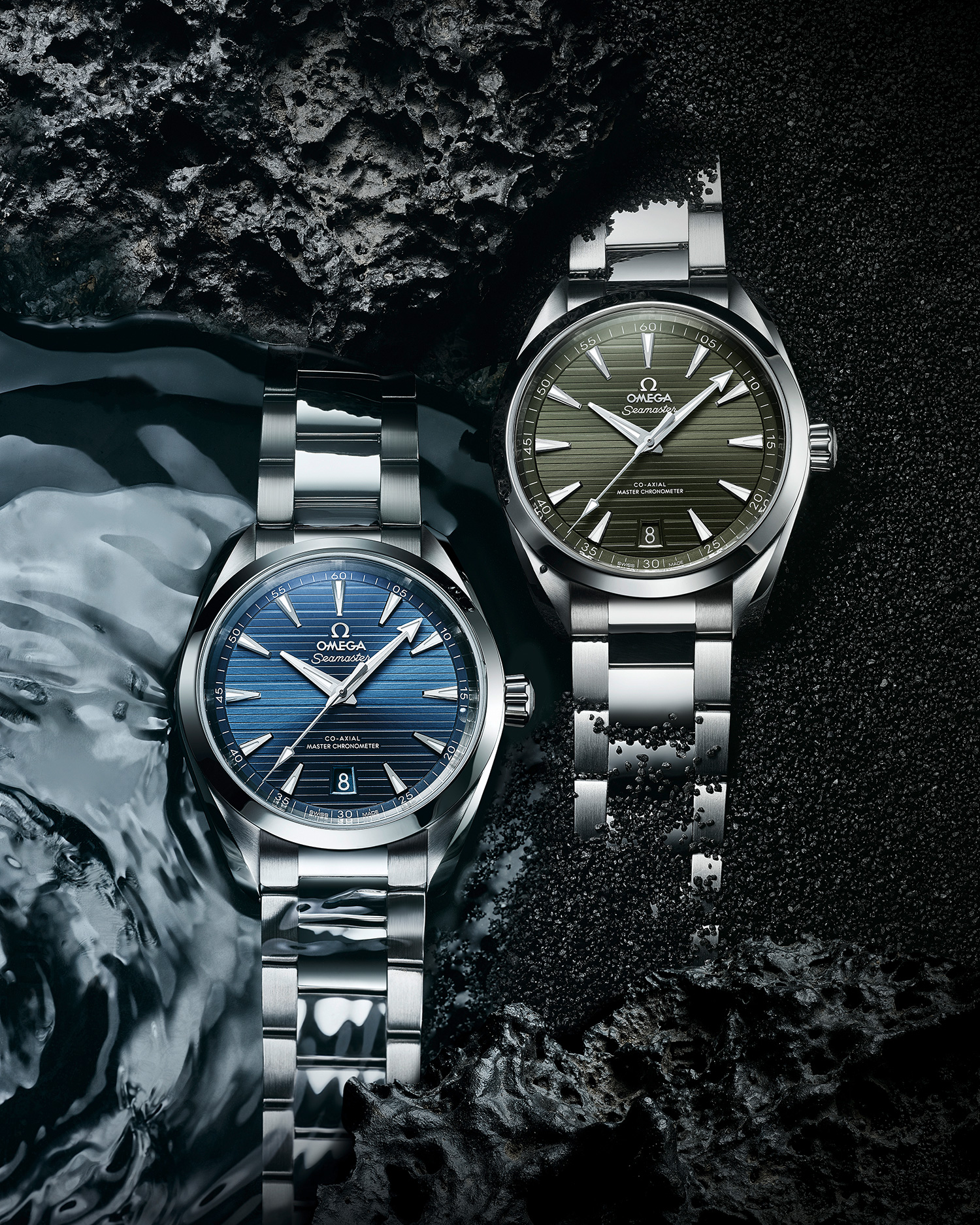 The Omega Aqua Terra is a crowd favourite for its clean design, bulletproof movement and comfort on the wrist. They have been produced in a range of metals and dial colours — typically white or grey throughout the years — but in 2020 we see two new 41mm references on steel bracelets with new blue and green dials. At that size they remain extremely wearable for a range of wrists, and house Omega’s own Master Chronometer calibre 8900, featuring a co-axial escapement, 60 hours of power reserve and a handy-yet-balanced date function at 6 o’clock. While not a revolutionary change in what the watch offers, the new dial colours are muted enough to fit with almost any outfit, and deliver a more playful side to an otherwise more conservative collection. 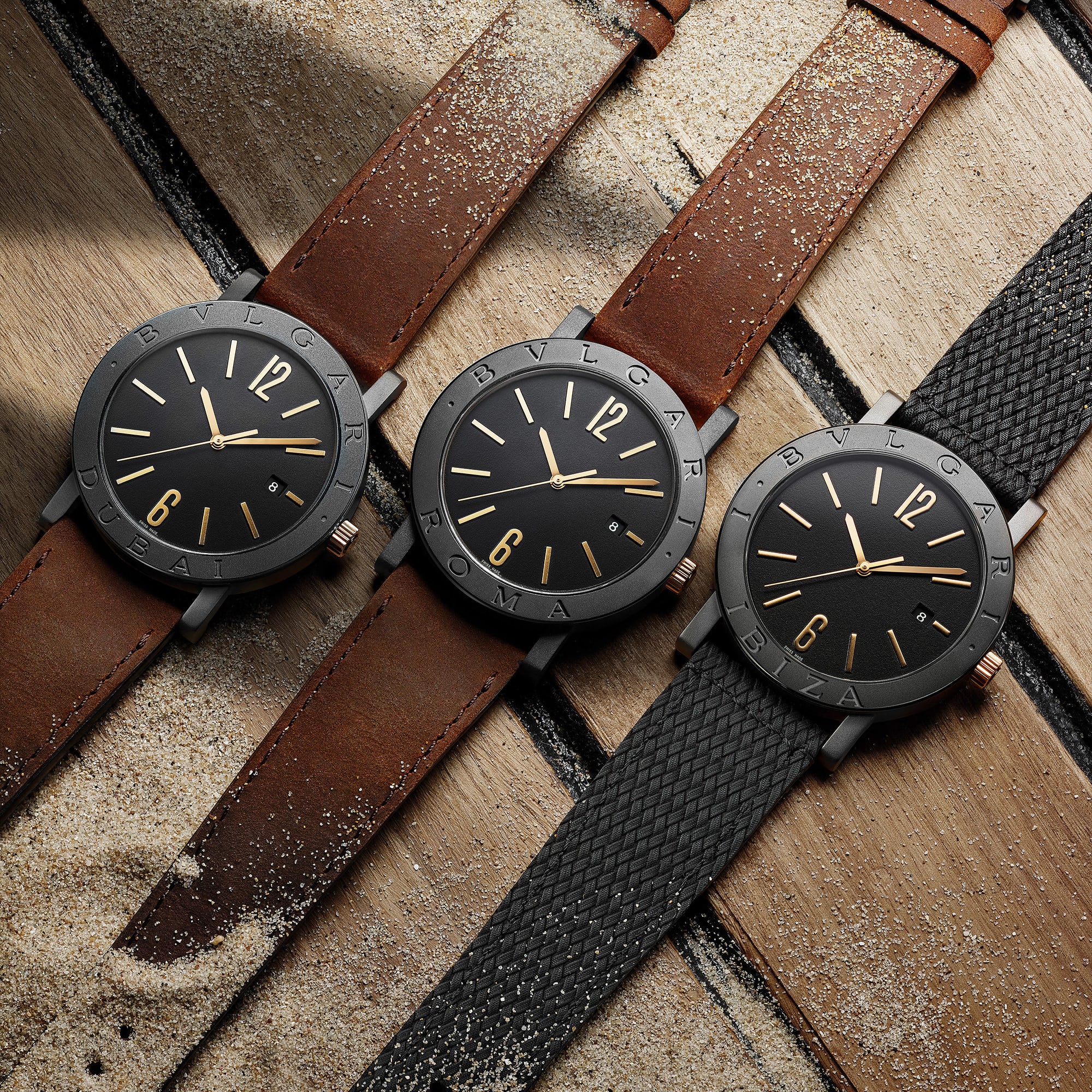 While the Bulgari Octo Finissimo collection has been hogging the limelight in recent months, the more understated Bulgari Bulgari line also deserves attention. The latest references in the collection are the Bulgari Bulgari Cities Special Edition 2020, which are so named thanks to the text on the lower half of the bezel featuring the name of one of 12 important cities. Accompanying the watch of each city will be a limited edition print of a work by a young artist from that city, offering not only a great opportunity to pick up a watch that reminds you of a city you love but also the chance to discover some new and exciting talent from that place. Each of the 41mm watches is cased in DLC-coated steel, and are due to hit stores this month. 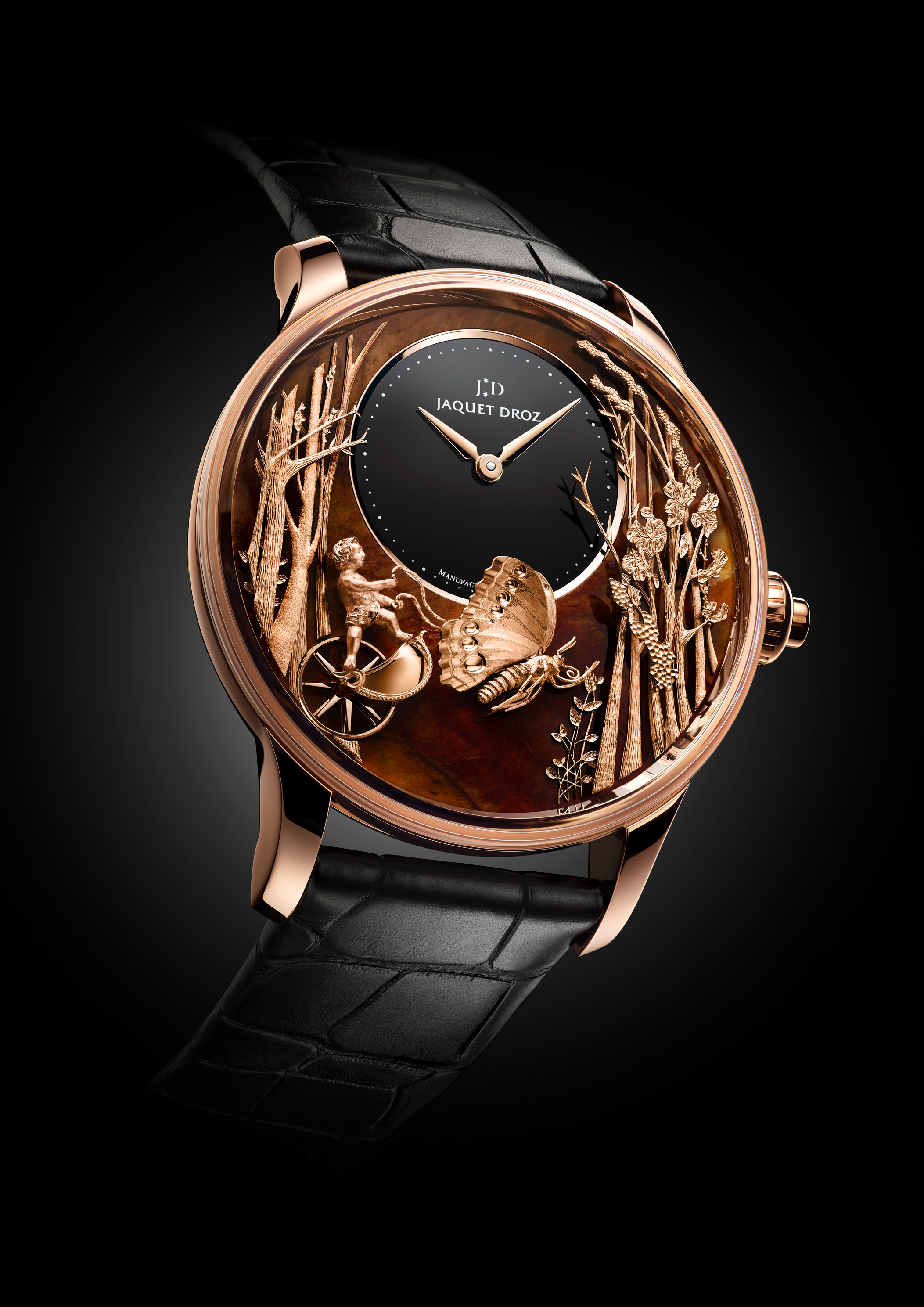 If the dial is the face of a watch, then it carries the weight of expressing the personality and characteristics of that watch to anyone who casts their gaze toward it. While dials express their respective personalities through innumerable different shapes, materials and motifs (including wood), I can honestly admit to never having heard of a watch with a dial made from 150-million-year-old Chinchilla Red petrified wood. That is exactly what we see in the latest Jaquet Droz Loving Butterfly Automaton, with thin slices of the wood, now more mineral than plant, showing richly grained burls in a spectrum of warm tones. If that wasn’t enough, Automaton watches from Jaquet Droz come to life at the press of a button, with the scene of a child riding a chariot drawn by a butterfly leaping into motion as the butterfly’s wings beat, and the chariot’s wheels turn at the press of the pusher integrated into the crown. This certainly isn’t your typical exotic-dialled watch. 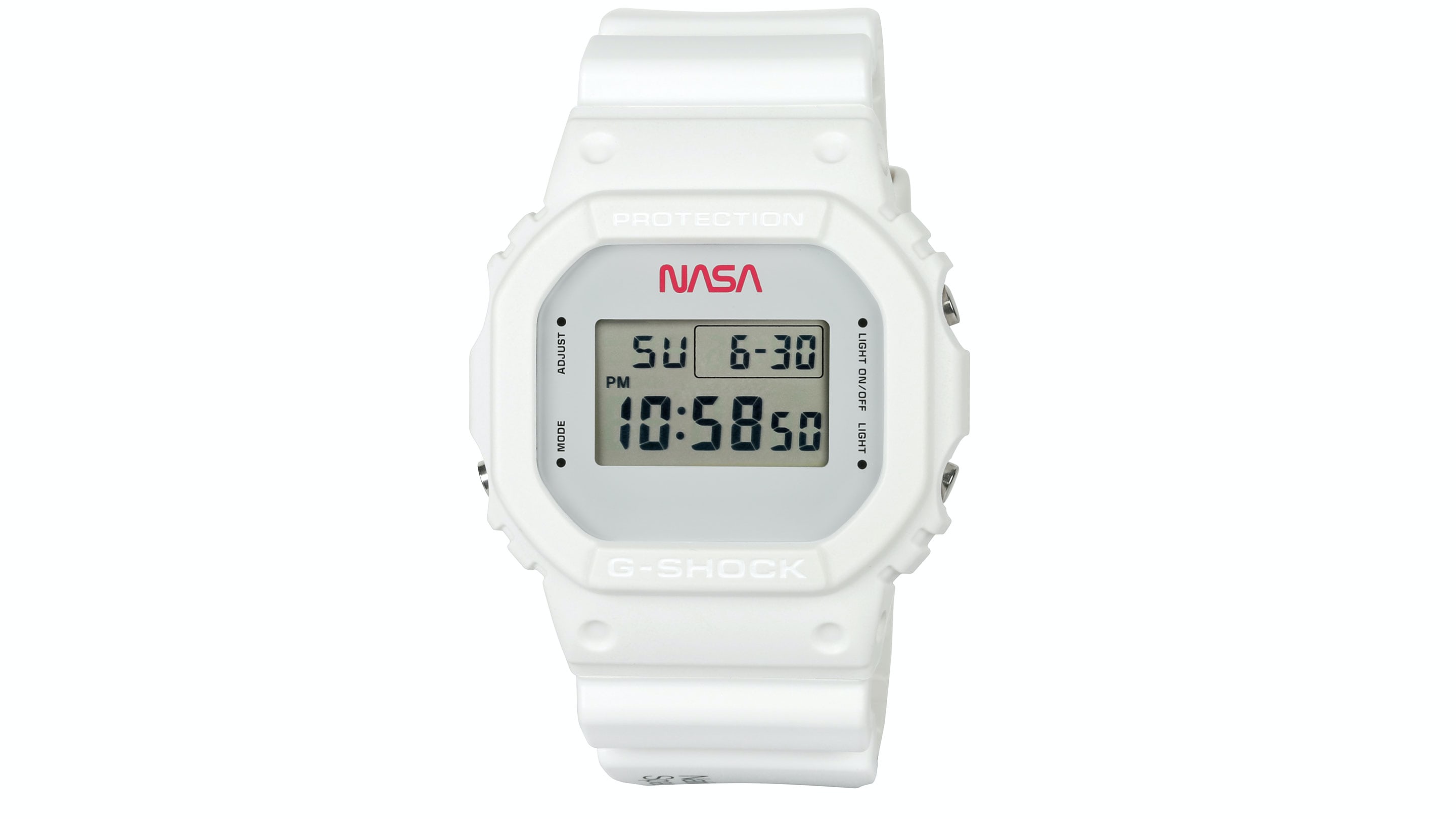 If it’s one event in the last half-century (okay, just longer than half a century) that has captured the imaginations of the watch community, it’s the exploration of space. In celebration of these efforts, Casio has teamed up with NASA to create this almost fluorescent white DW5600, which features the iconic NASA logo on the case and the National Aeronautics and Space Administration on the pristine white strap. What is really cool is the image of the moon on the dial, which only becomes visible when you activate the backlight of the watch with the push of a button. It’s a cool, affordable way to give a small nod to the incredible efforts of the men and women of NASA in the 1960s and, as all G-Shocks are, would be incredibly comfortable on the wrist.