UPDATE: In a final twist, late yesterday afternoon, the Federal Member for Moore, Mr Goodenough wrote an email to the Time+Tide office regarding his watch story. It turns out the ‘official statement’ about the authenticity and backstory of his Rolex Day-Date II – a knee-jerk response to the watch gifting scandal – was in fact not intended for the press as was insinuated by several newspapers and reported in our original story. See the full response below. Thank you Mr Goodenough for being a good sport, and for the patriotic wristshot of the Rolex Day-Date II. Aussie, Aussie, Aussie…. 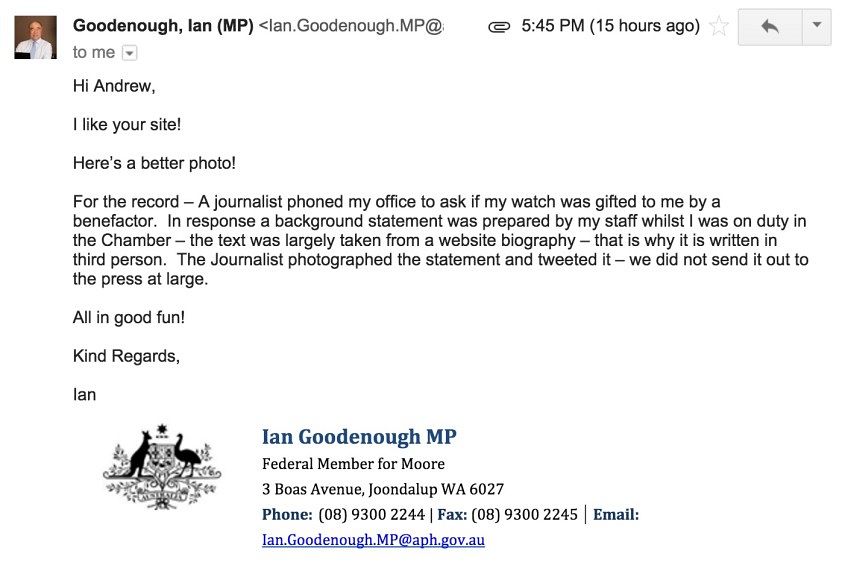 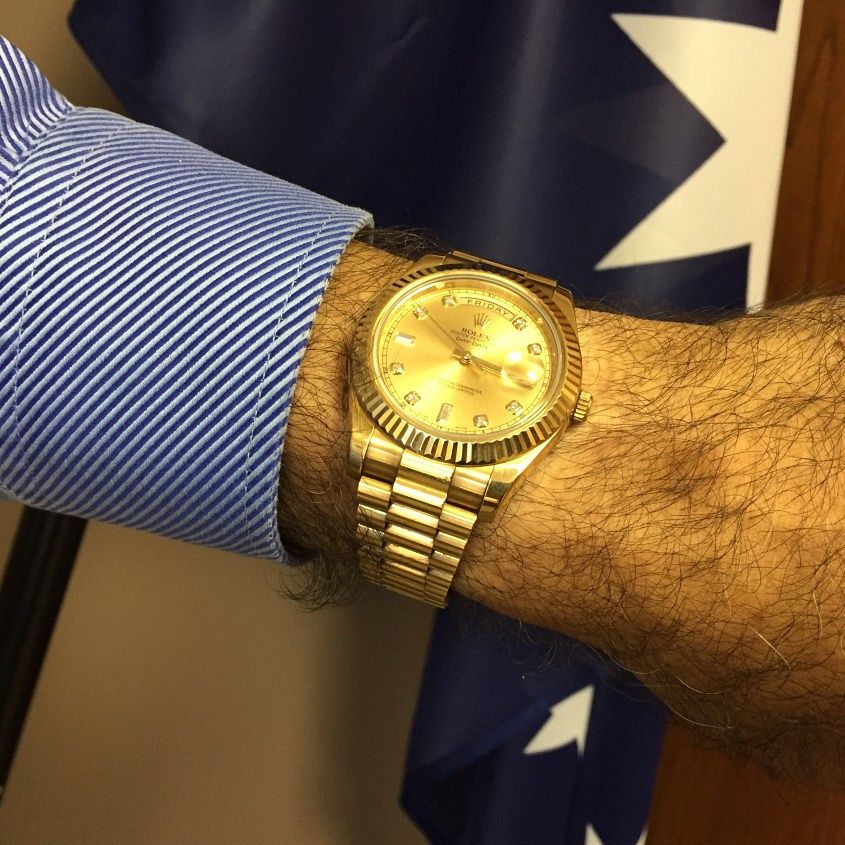 WA Liberal MP Ian Goodenough poses for a wristshot in front of the Australian flag with his gold Rolex Day-Date II. Pic by Ian Goodenough.

Editor’s Note: In the wake of the story we covered here, about Australian politicians receiving gifts that they claimed they believed to be “fake luxury watches”, a WA Liberal MP, Ian Goodenough, decided it would be a good enough idea to write a paean to his own very not fake, 100% real Rolex. The Dickensian ode, which Goodenough’s (that’s his name, we’re not making this up) team prepared for a journalist who enquired about the watch, is so stirring, and so similar in tone to a Time+Tide ‘My Watch Story’ that we have decided to publish it here, abridged but not in any way edited, as exactly that. You are welcome.

Mr Goodenough, sir, or Ian, as we feel more like friends of yours after this third person story, if you are compelled to send any wristshots to Time+Tide (@timetidewatches on Insta, or andrew@timeandtidewatches.com) of your beloved timepiece we’d happily publish them with this story to replace the rather poor shot we found on Google Images. In mutual watch love, the Time+Tide Team, signing off (we hope) on this fantastic voyage. 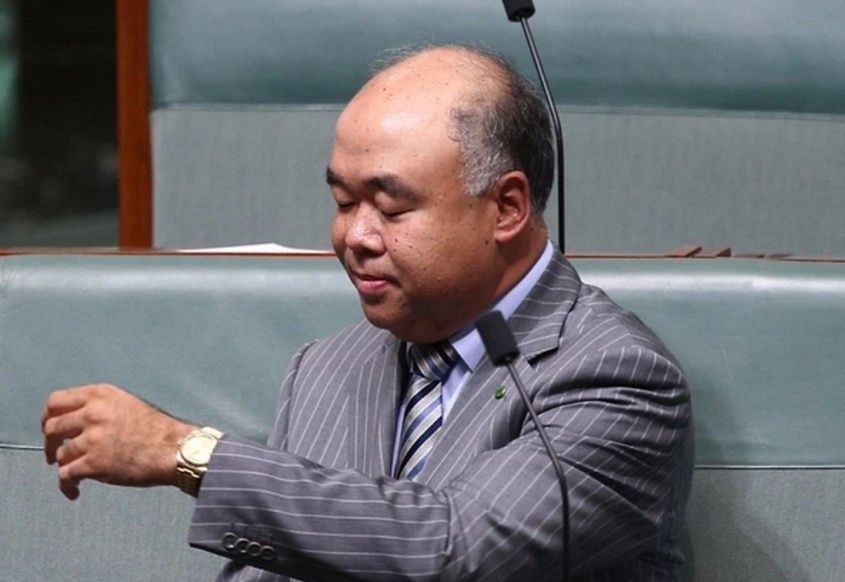 The sacred connection between a man and his watch. WA Liberal MP Ian Goodenough with the Rolex he bought to mark a “momentous occasion”. Pic from theguardian.com

Response from WA Liberal MP Ian Goodenough’s team, released Thursday 11th February 2016: “At the 10 year anniversary of Ian’s success in business and achieving a long term goal of becoming the Moore Division President of the WA Liberal Party, Ian’s hard work in Moore Division contributed to a successful state campaign to win the marginal state seat of Ocean Reef and elect the Barnett Government. Ian decided that a momentous year of achievement should be acknowledged and after careful research, consideration and planning decided to invest in a watch. He visited a local Western Australian company, Rosendorff Jewellers, and purchased a Rolex.

Ian decided to purchase a Rolex after learning of the brand’s history and commitment to achieving the best time piece product possible. Its renowned reputation as the pinnacle watch in the industry was a
nice fit for the occasion the watch was being bought for. Ian has worn his Rolex every day since its purchase to remind himself of the hard work it took to obtain it.