Editor’s Note: Watches rarely make headlines in Australia, but the recent story of a group of Liberal MPs ‘accidentally’ accepting $250k worth of watches from a visiting billionaire pushed them very much to the fore.

David Langsam wrote a very astute opinion piece on the matter for the Australian Financial Review, which we read with interest – but what we found even more intriguing was the short byline which mentioned that he owns a 1966 Cyma and an Omega Flightmaster.

We got in touch with David to find out more about these watches, and we’re glad we did. 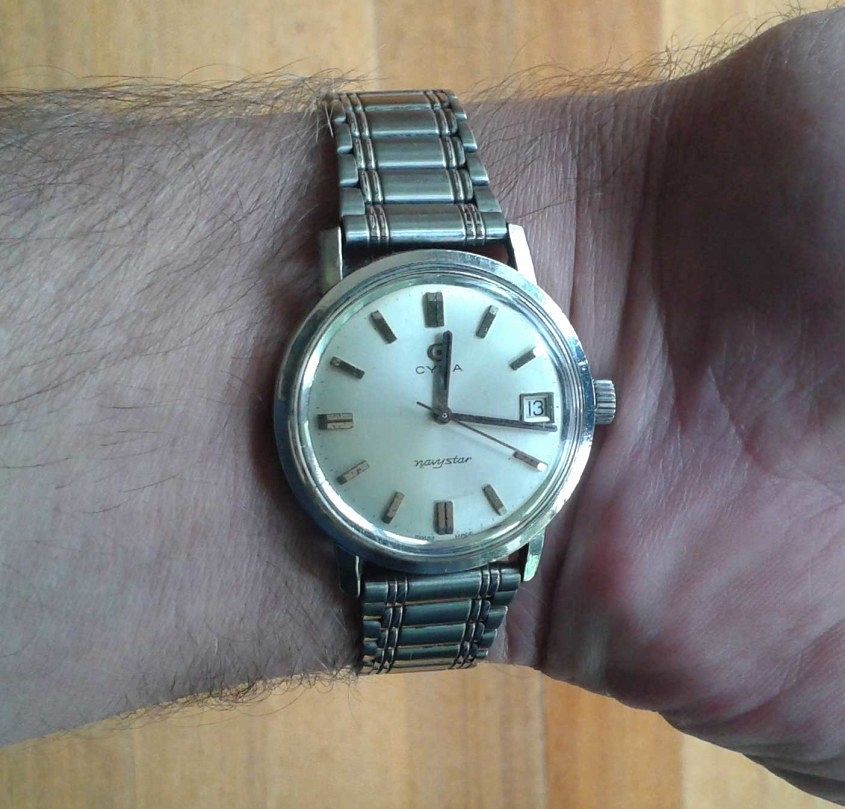 David’s Cyma Navystar – worn on the inside of the wrist.

What’s the story behind your Cyma?

This watch was a gift for my Bar-Mitzvah. It’s very plain, but it means a lot to me. There’s an inscribed message from my parents on the back, and as they’ve both passed away, wearing it is also a little tribute to them.

I’ll have been wearing this watch for 50 years in July. If it’s regularly wound and occasionally serviced it keeps time to within a minute or so each day. I’m sure I could pay someone a lot of money to make it as accurate as a $5 plastic quartz watch.

Do you wear it regularly?

Yes and no. When I wear a watch, which is generally when I’m away from the home and office, it’s usually this watch.

Where has this watch been?

Perhaps the better question would be ‘Where hasn’t it been?’ Over the past 50 years it’s been my constant travel companion, and was on my wrist while I visited Keith Richards in New York, PLO military commander Abu Jihad’s house in Amman, Israel Defence Minister Yitzhak Rabin’s Tel Aviv office, Winnie the Pooh’s Forest, 10 Downing Street, 11 Downing Street, the Chrysler Building, the Twin Towers and Berlin at the fall of The Wall – just to name a few. 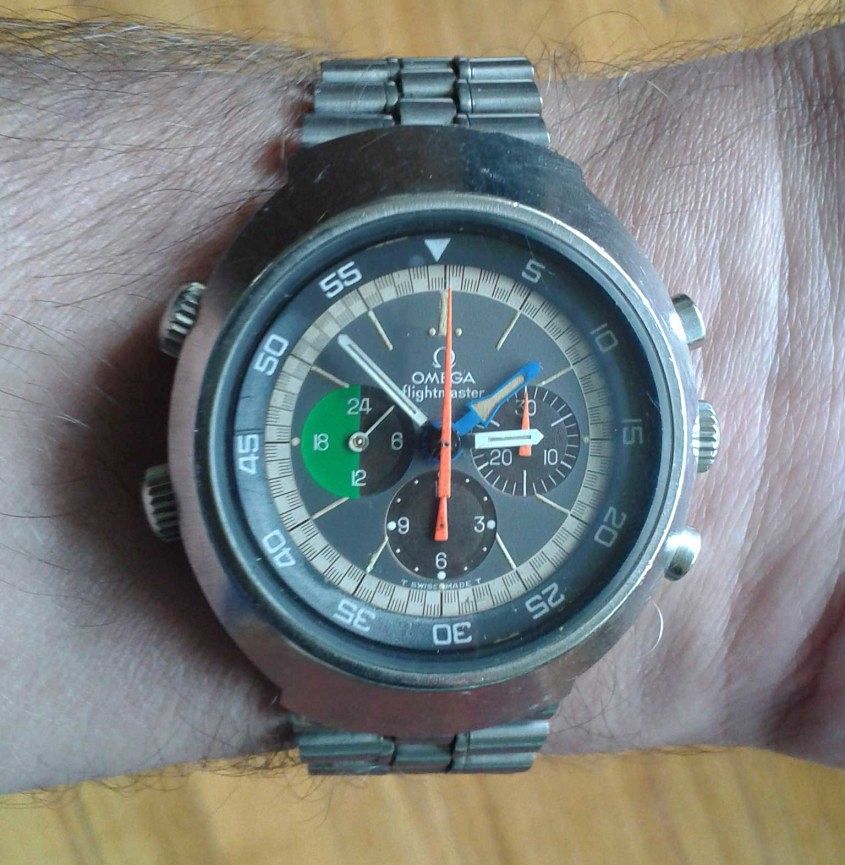 What’s the story behind your Flightmaster?

In 1968 at 15, all I ever wanted to do was be a pilot. I had a trial instructional flight at Schutt Aircraft at Moorabbin Airport and was completely hooked. I would work one or two days of every weekend in my parents’ clothing factory, sweeping, cleaning up, writing tickets so I could afford to go flying for an hour every second week, and my mother would beg me not to risk my life in such a dangerous pursuit. So it was bizarre that when she flew back from a trip to England in 1970, via Hong Kong, she bought a brand new Omega Flightmaster duty free. I think it cost about $400 back then, which was a huge amount of money.

I still fly occasionally as I have to keep my licence current by flying every 90 days, so in the last year I’ve worn it about five or six times.

It has a stopwatch function as well as a 24-hour dial that can be set to GMT which is useful, as well as a moveable outer chapter ring to set times for legs of flights. A cheap GPS makes it pretty much redundant, but it’s still an amazingly cool object.