When you’re a 25-year-old footballer earning upwards of £100,000 a week, a standard luxury watch can feel a little pedestrian. As Esquire UK’s Finlay Renwick writes in this illuminating story into the lifestyles of football’s elite: “For the best and boldest in Europe, your run of the mill Big Bang, Nautilus or Submariner just won’t cut the Colman’s. They’re after something a little more unique.” 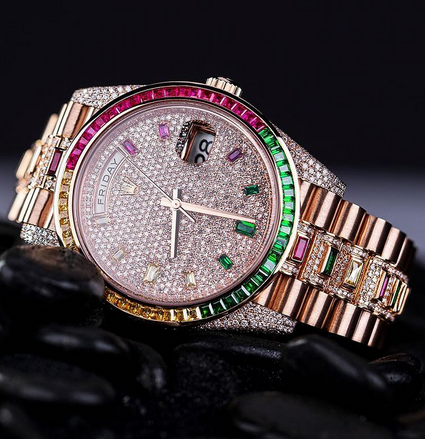 Taking inspiration from the national flag of Guinea, this customised Datejust for Liverpool’s Naby Keita is made from diamonds and sapphires with each stone handset individually. Image: @mjjexclusive

The man they go to in such circumstances is Matthew J. Jones, the man behind MJJ Exclusive. As the CEO and creative director, the 30-something’s day-job involves kitting out playboys, Saudi royals and footballers with watches and jewellery custom-made to their personal specifications. Suffice to say, this isn’t an area where the “less is more” mentality tends to hold sway as this gold, diamond and sapphire Rolex Datejust made for Liverpool midfielder Naby Keïta suggests.

“I’d say 95 per cent of our business is to order,” Jones tells Esquire. “A player will come to us and we can create pretty much anything they desire. We’re actually working on a world first at the moment, a watch that is made completely out of sapphires.” 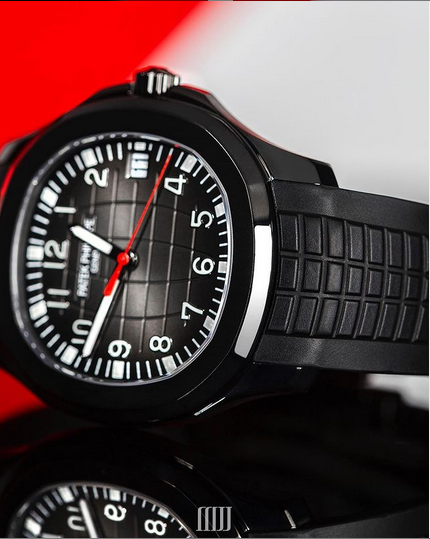 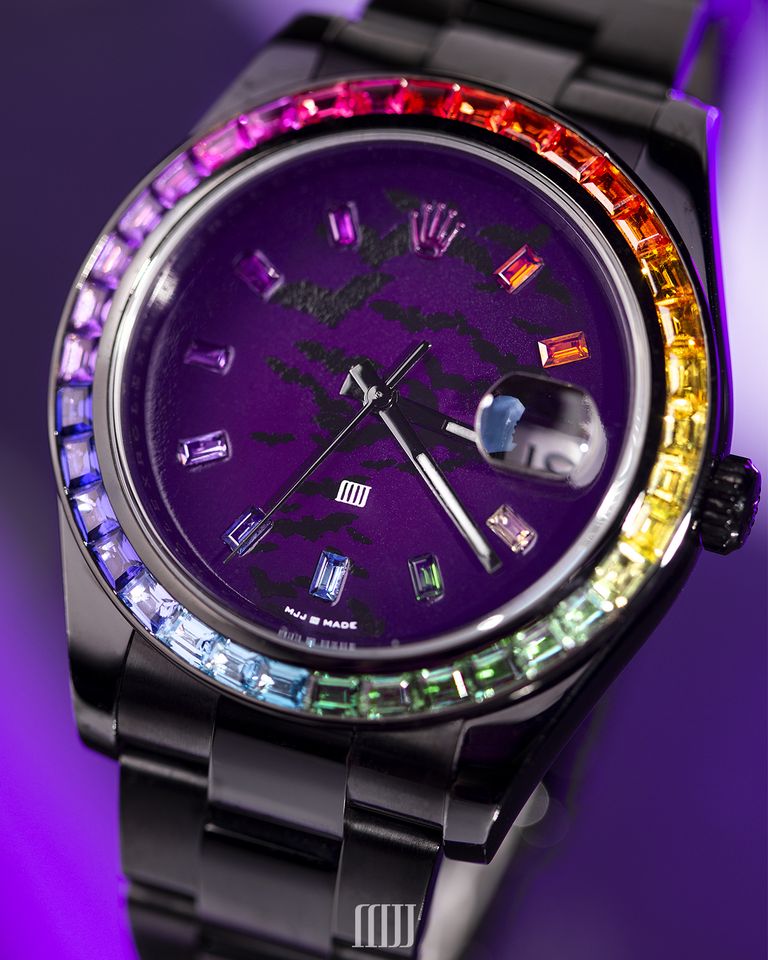 Jones estimates that the company receives up to 30 new enquiries each single day. “I’ve learnt that if you look after players, they’ll look after you,” he told Esquire.

“We added initials, colouring, the full diamond set for the entire team, they loved it! Off the back of that there was a kind of spiral of customers asking for the bespoke treatment. We’re using different precious stones and different colours and different things that people wouldn’t normally risk.”