MICRO MONDAYS: The RZE Valour 38 delivers a titanium field watch for under $300 USD

It’s hard to believe RZE have only been around for two years, but they are one of the ultimate microbrand success stories. Having released their first watch in the heart of the 2020 Coronavirus pandemic, nobody particularly expected the emerging business to survive, but during that period, online watch sales skyrocketed. In particular, RZE found their niche by focusing on titanium-hewn sports watches with a strong yet simple design language that was cohesive across multiple releases. Two years and five watches later, we’re being treated to the RZE Valour 38 — a truly tough and wearable field watch at a mind-boggling price point. At the time of writing, it’s already raised $97,400 USD on Kickstarter 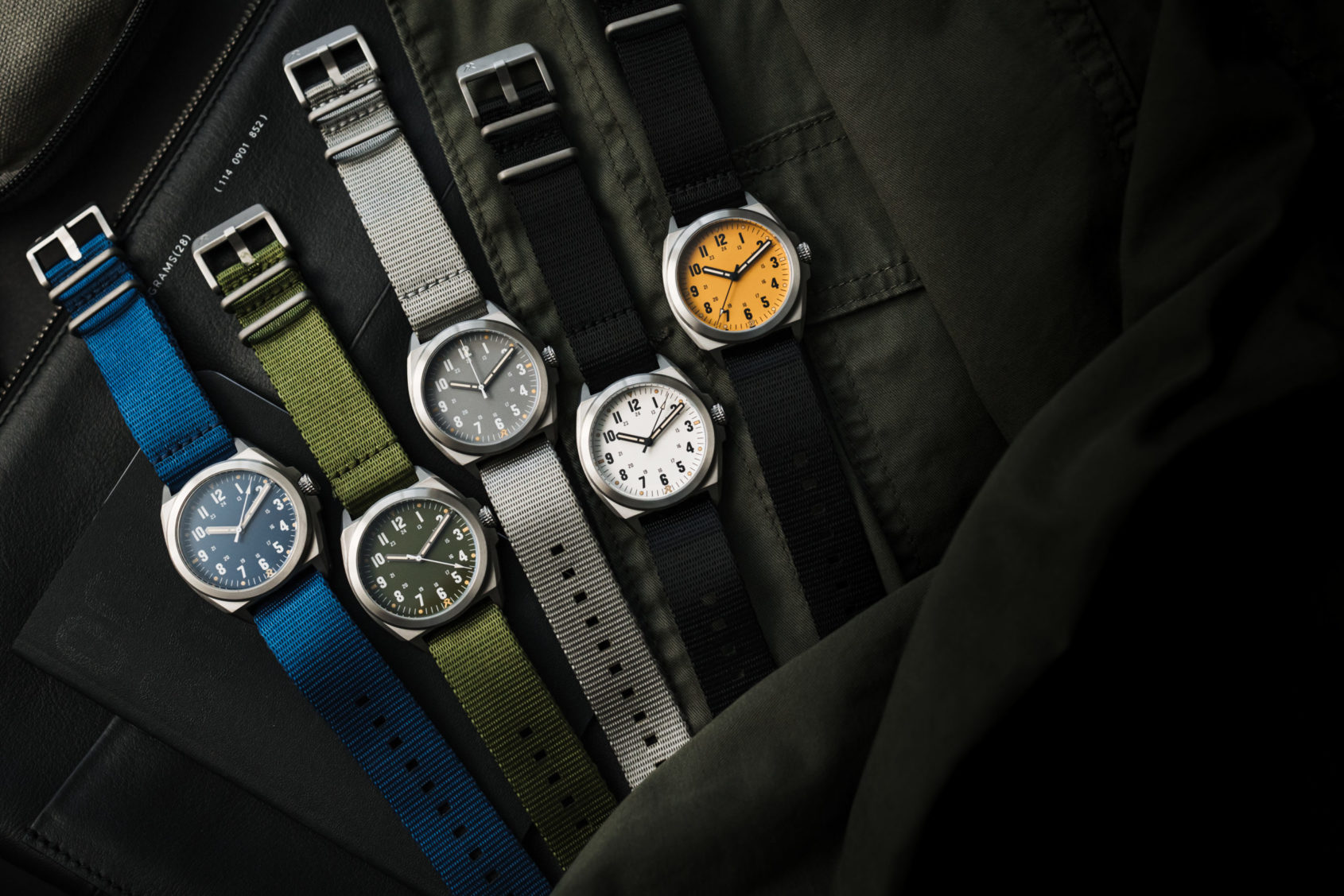 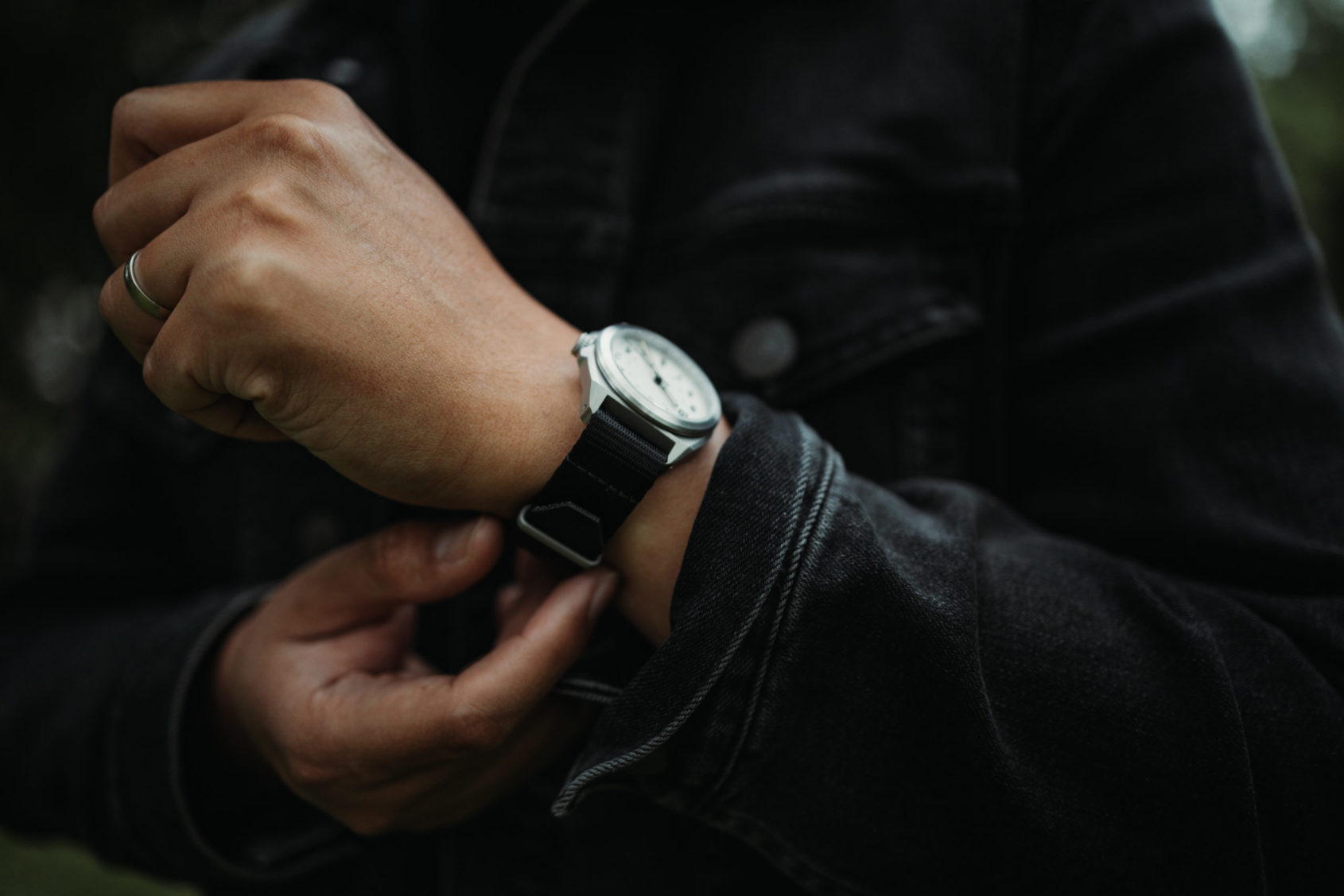 The Valour collection originally came about in the form of a burly dual-register chronograph coming in at 42mm, though with a VK64 mecaquartz movement keeping the thickness down to 12.5mm. The new RZE Valour 38 takes the same overall silhouette and shrinks it down to a modest 38mm, perfectly proportioned for a comfortable go-anywhere field watch. The height is 11mm and the lug-to-lug is a wrist-friendly 45mm, but perhaps the most impressive specification is the weight. With the whole watch crafted from Grade 2 titanium, the RZE Valour 38 weighs only 57 grams including the NATO strap. The case is also protected by an ULTRAHex coating that brings its hardness rating up to ~1200Hv, providing a similar level of scratch resistance to ceramic. 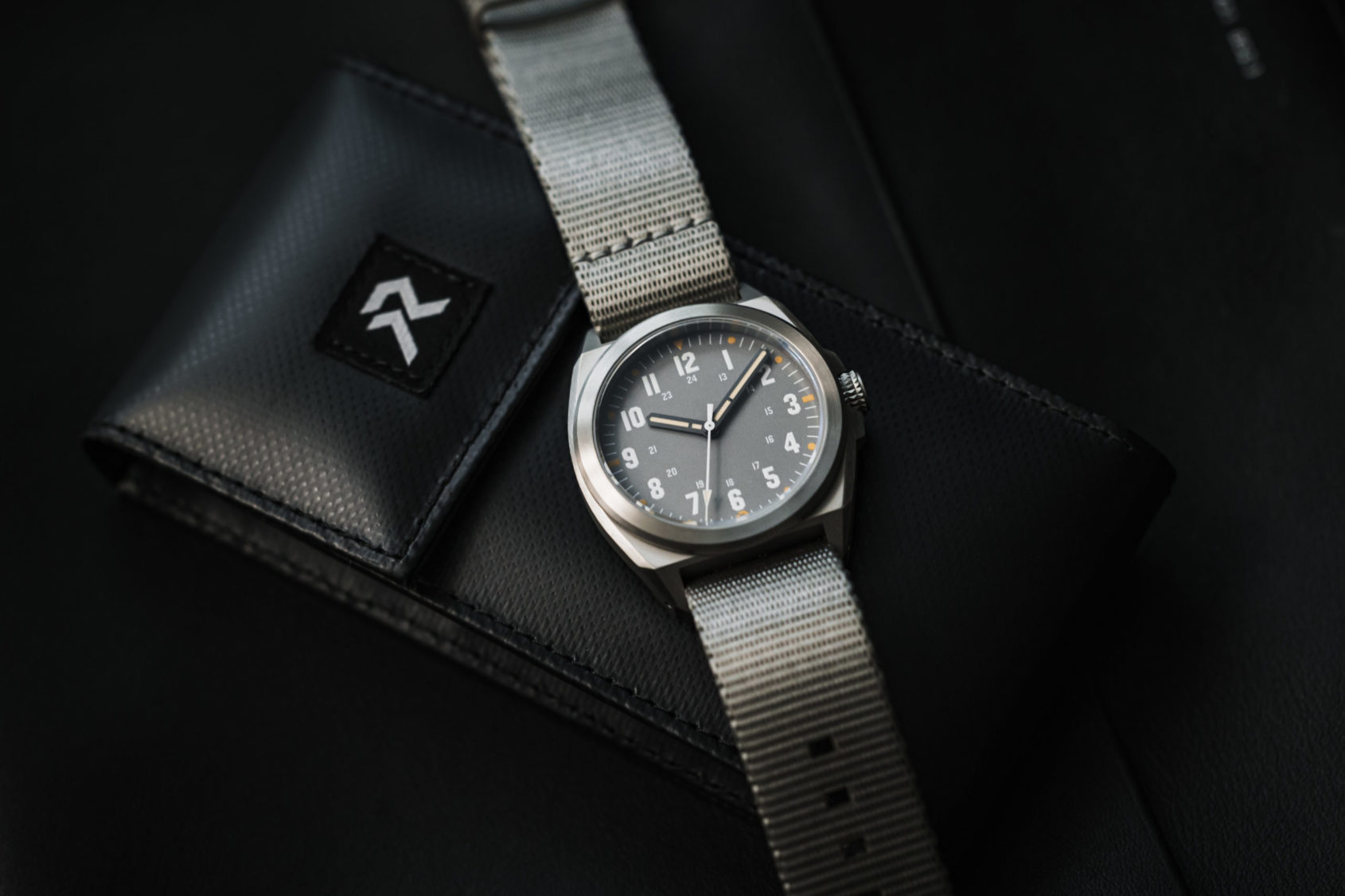 In terms of design, the RZE Valour 38 also manages to impress. The squared-off silhouette is mitigated by acute angled lugs and artfully sloped crown guards. With budget watches you expect to see some corners cut on finishing, but the RZE surpasses expectations by going for a largely sandblasted texture with a brushed bezel and chamfered edges. It’s impressive both technically and stylistically, as the contrast between the two matte finishes creates just enough intrigue without losing cohesion. Plus, the screw-down crown locks in 100m of water resistance so it can follow you into the pool too. 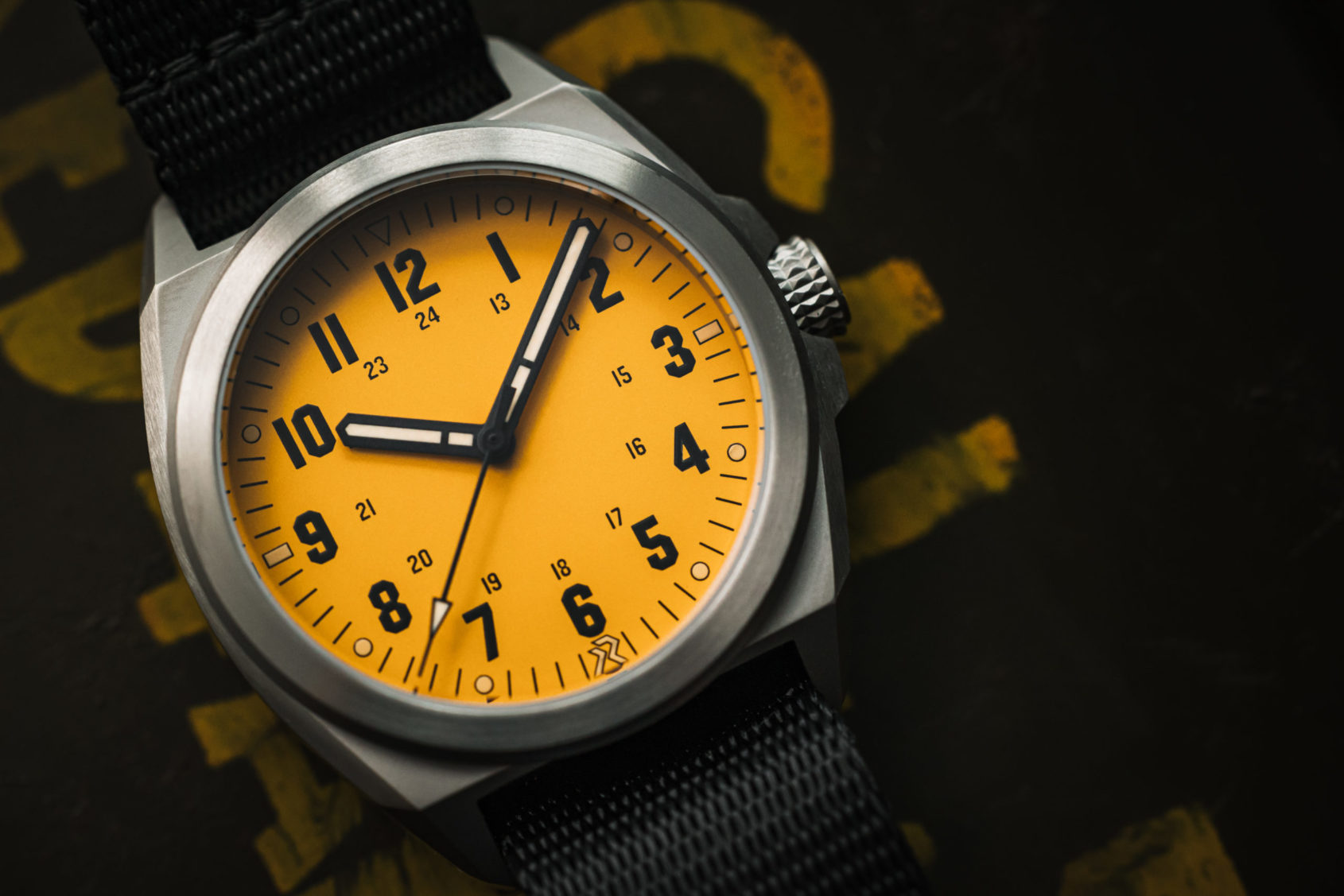 The formula of a good field watch dial has become pretty well established, but the RZE Valour 38 manages to nail that look while maintaining the brand’s identifiable character. The numerals are printed in an edgy stencil-like typeface that stands out from the relatively small hour markers with mounds of Super-LumiNova, prioritising daytime legibility. In addition, 24-hour numerals are included too as an essential part of the field-watch charm, however their size is reduced and their thickness shaved to prevent the dial from becoming cluttered. The most important part of the dial for actually telling the time is the hand set, which has been given a gloriously emboldened edge that separates it from the dial entirely. The RZE logo doesn’t appear in the usual spot on the dial either, giving it an unmarked military-issue feel, but you can find the stylised R printed below the 6 o’clock marker. 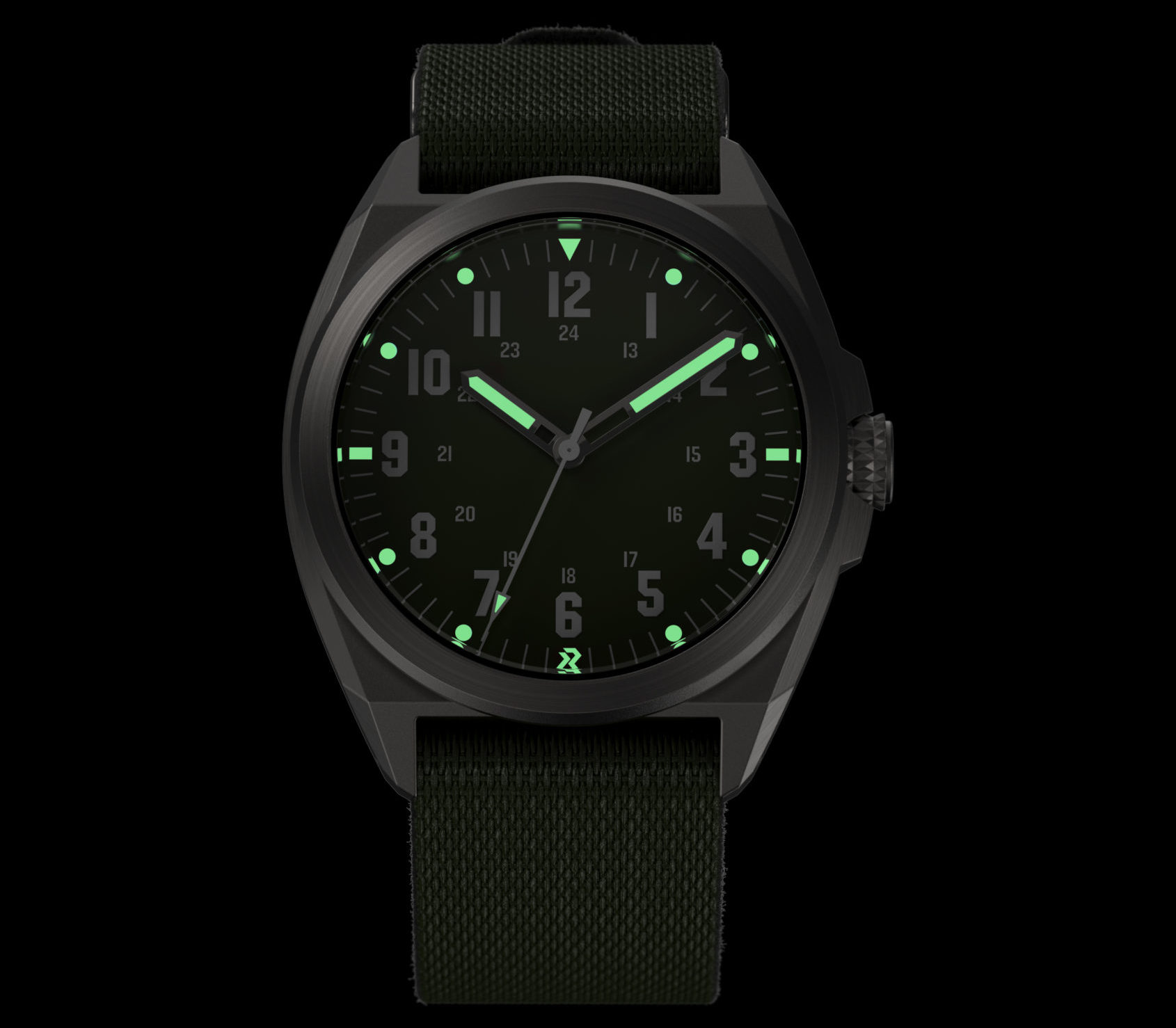 Five colour variants are available, and surprisingly none of them are black. It’s not exactly a subtle watch under any circumstances, so it makes sense that the colour options are equally loud. The most standard colours would have to be the charming Varvain Blue and Whistler White that are slightly dressier than the rest. Leaning into a more military look are the Slate Grey and Spruce Green schemes, and finally the Arrowleaf Yellow reference brings in a burst of vibrant colour that begs for adventure. 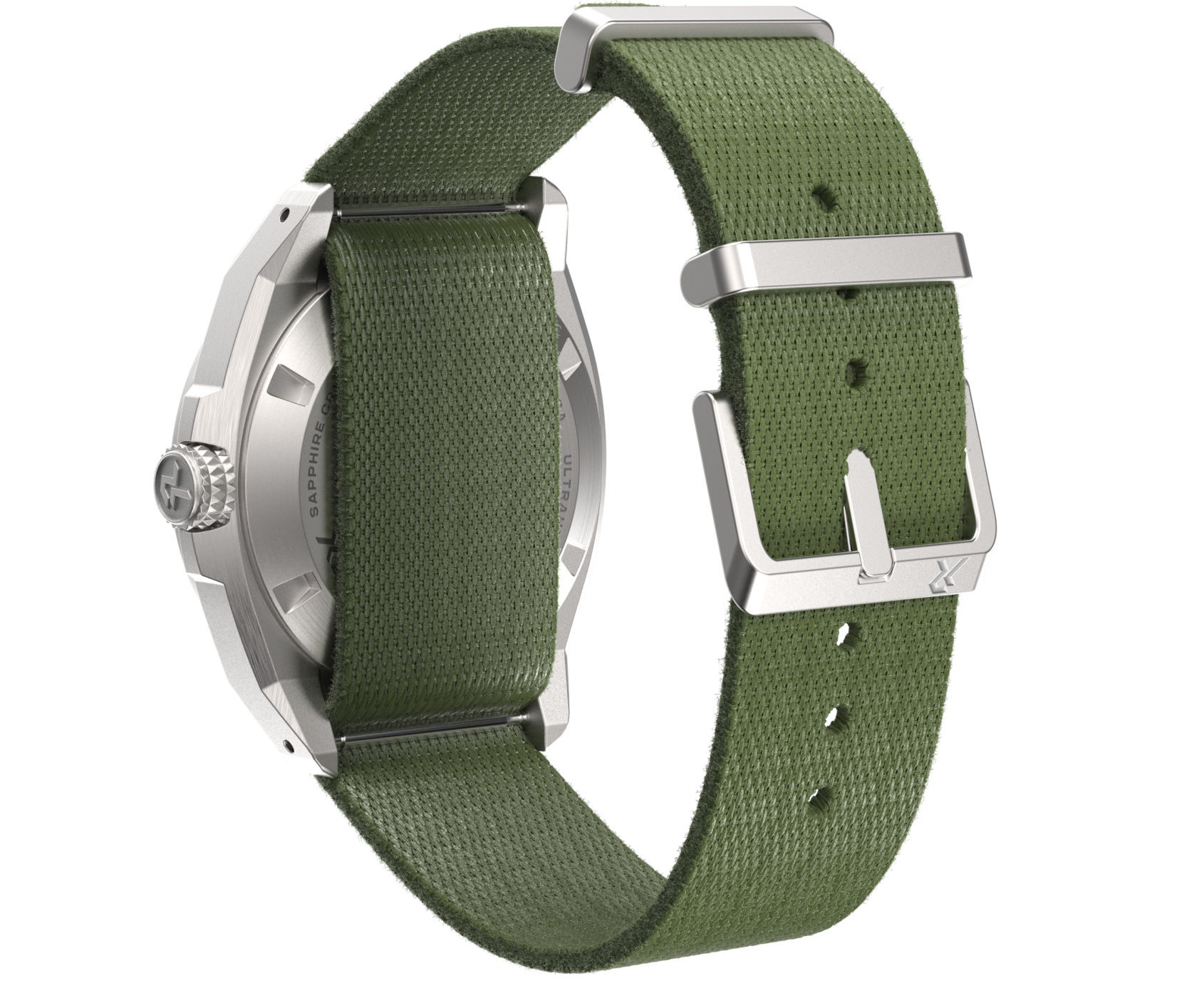 The RZE Valour 38 is ultimately aiming to be a budget watch with the best specifications possible, so it makes sense that the brand turned to the Seiko NH38A. It may well be true that all microbrands owe their existence to this family of Seiko calibres, being one of the first readily available off-the-shelf automatic movements that you could easily install without a Swiss price tag. The NH38 is a time-only variation of the NH35, so there’s no ghost-date position on the crown. The beat rate is 21,600 vibrations per hour, the power reserve is 41 hours, it has bi-directional winding or hand-winding, and hacking seconds. The stated accuracy tolerance is within -20/+40 seconds per day, although it’s most common to find them operating within +/-15 seconds.

The RZE Valour 38 pricing and availability: 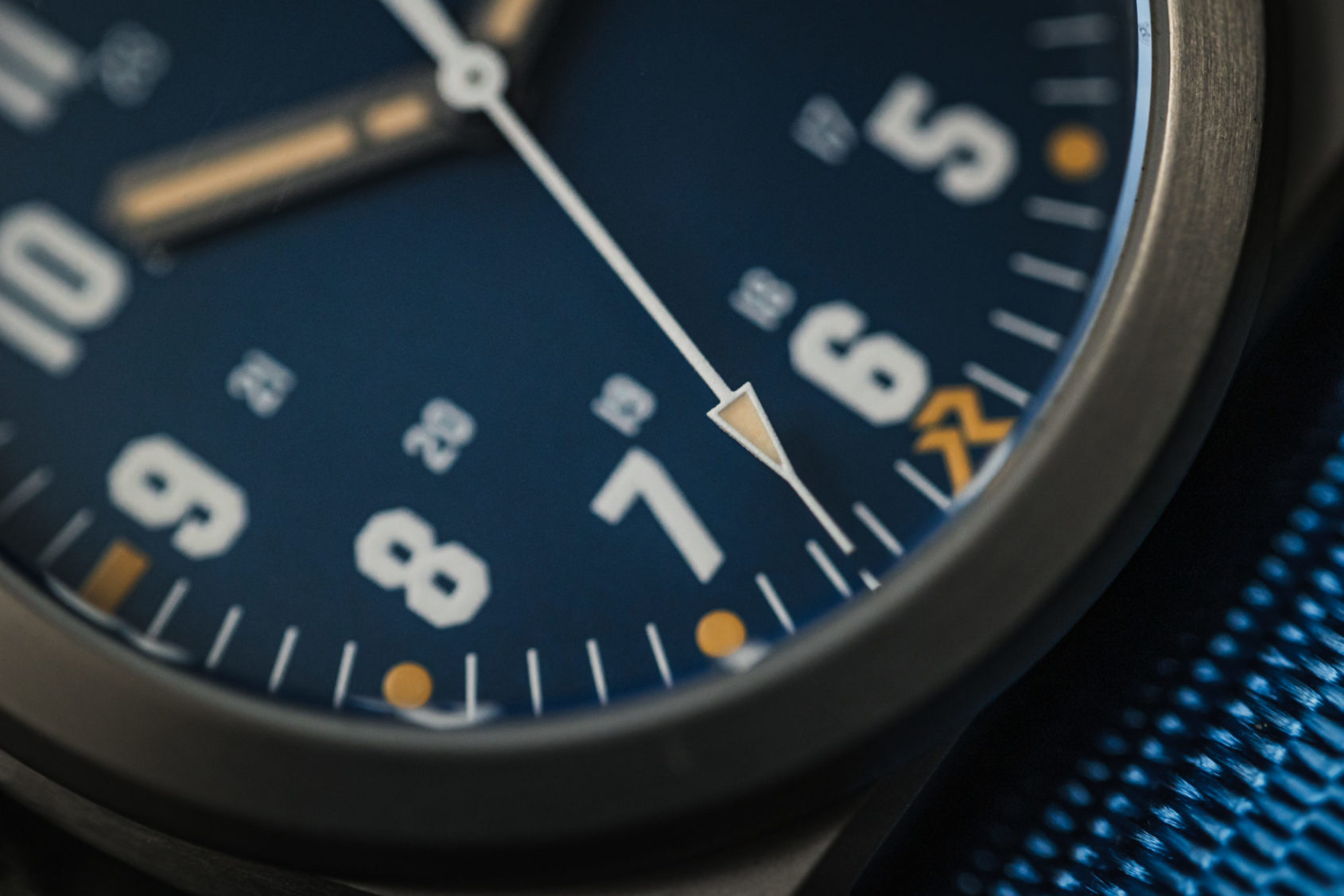 The RZE Valour 38 is available for pre-order on Kickstarter. Price: $219 USD