As a microbrand, Hemel have very much found their niche and stuck to it. Regarding military watches as the forefront of horological development throughout history, Hemel have chosen to evoke some of the most important field, diver, and pilot’s watches, particularly from the WWII era. Today we put a spotlight on the expansive Hemel HFT20 Series, covering a range of aviation style watches over 15 variations. 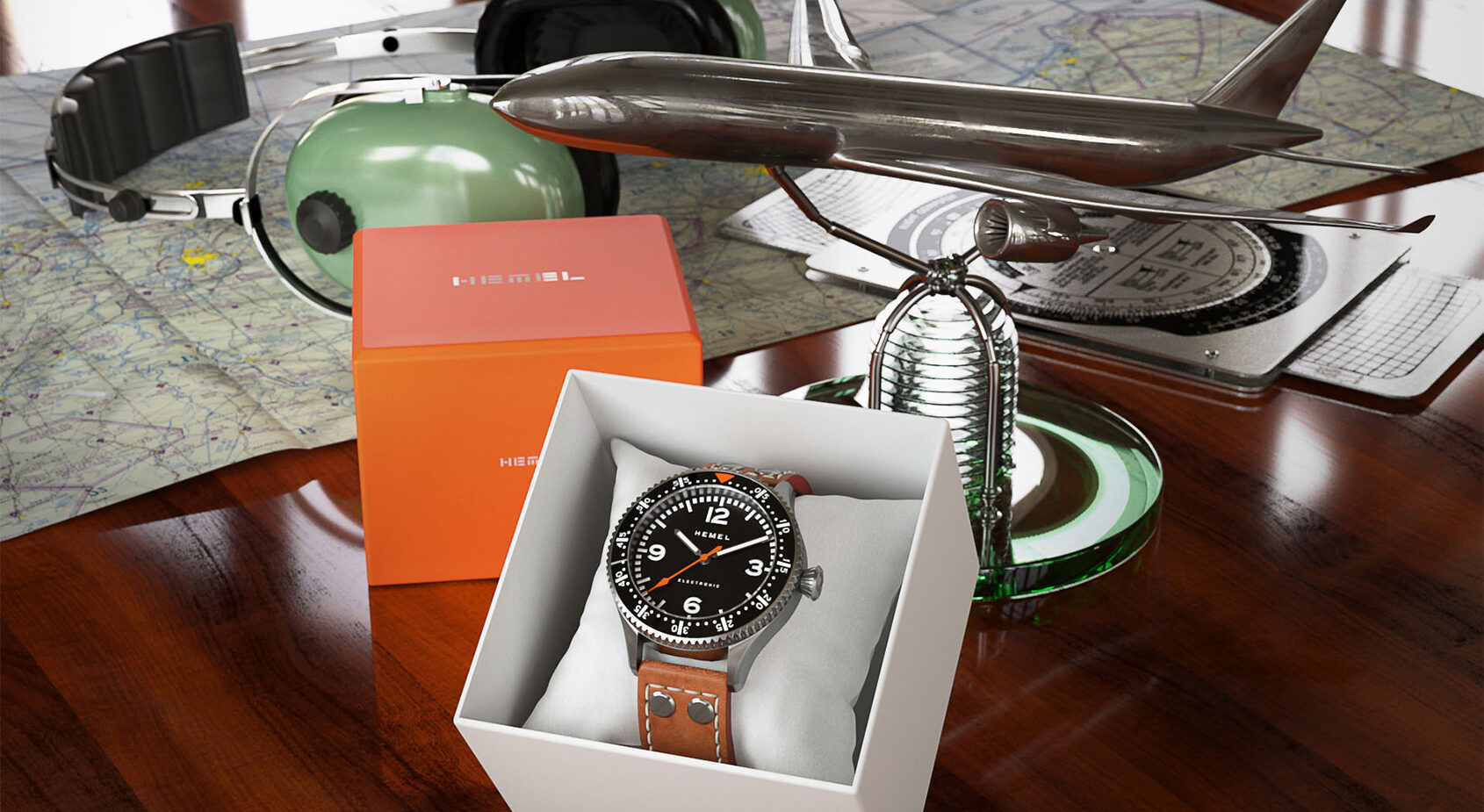 The basis and flagship of the Hemel HF Series is the HFT20, which itself has 12 possible references. It can be a little daunting at first, but once you learn the variables it all makes a lot of sense. The dial of the Hemel HFT20 looks to be a fairly refined take on the bi-compax layout which was very popular for 1940s pilot’s chronographs, especially those made by German manufacturers. The Arabic numerals are neat and tidy, and the 3 and 9 have been removed entirely as to not be cut off by the subdials. The fairly sterile hands and printed text delivers a precise form of legibility, as well as a no-nonsense attitude that’s favourable for a tool watch. 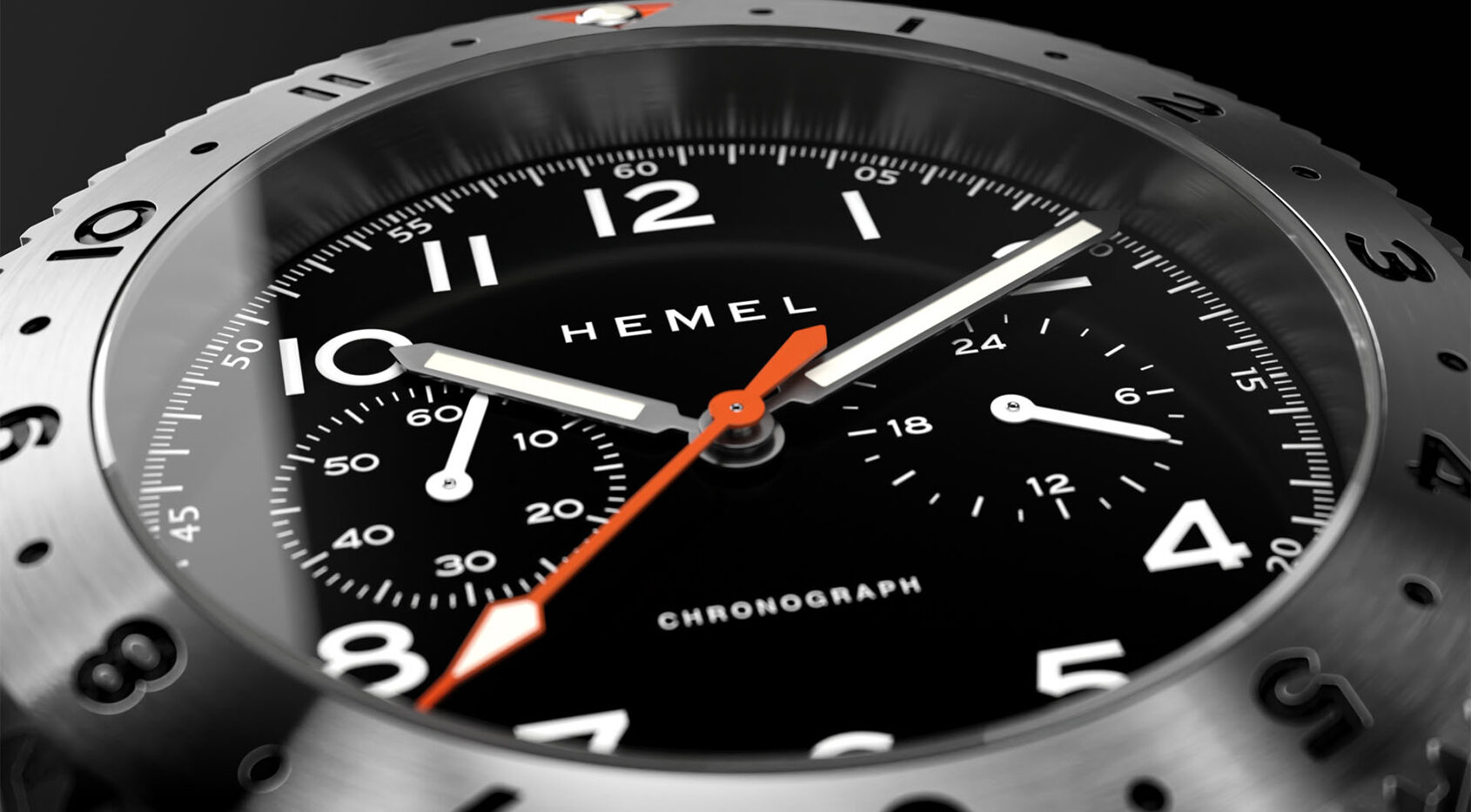 The case is the same across all models of the Hemel HFT20 Series, although there is a version in black PVD known as the HFT20 Night Ops if you’re into the stealth look. It’s definitely a chunky watch with a diameter of 42mm and a thickness of 15.2mm, however the lugs are restrained to 49mm which helps it wear comfortable on an average sized wrist. It’s brushed all over which gives it even more of a robust appearance, while the etched logo in the crown and grid pattern on the pushers shows fantastic attention to detail for the price.

The bezel is the first fork in the road when it comes to reference options, giving you the choice between a black ceramic insert with an elapsed-time diving bezel or a 12-hour GMT bezel in brushed stainless steel. This variation does change the character of the watch fairly significantly, with the diving bezel imparting a slightly more formal look to the Hemel HFT20. The bezel action is also one of the telltale factors that this watch is great quality for its price, with a firm action and a satisfyingly grippy coin-edge. 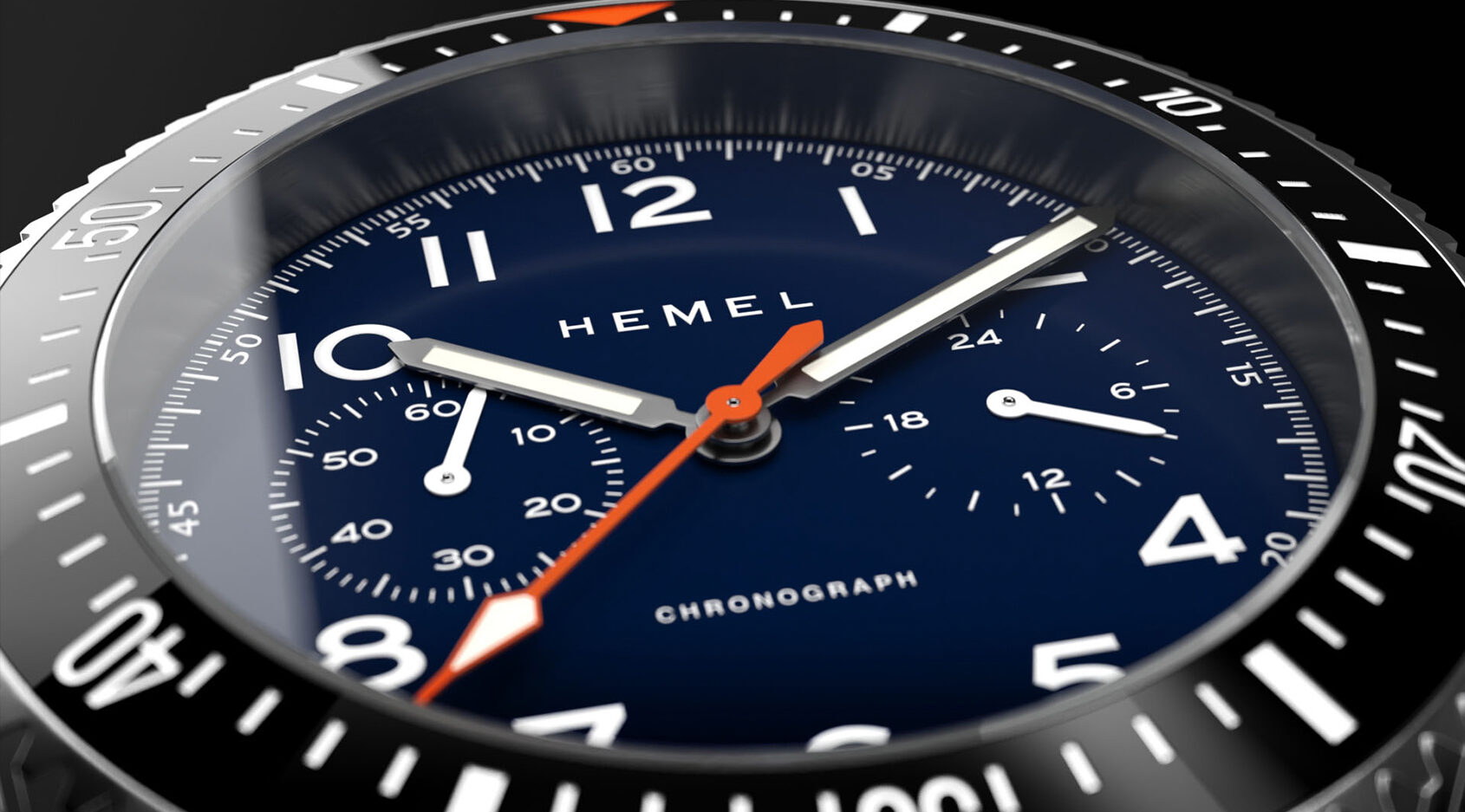 The dial colour is the last major element of the Hemel HFT20 to choose from, available in either the standard all-black, a navy blue, black with white subdials, or a creamy yellowed ivory dial. That said, there are also two special editions of the HFT20 which are collaborations with the United States Air Force. This partnership is a frankly surreal achievement for an independent microbrand to have pulled off, and still shocks even two years after the official announcement. The Hemel HFT20 / USAF Special Edition and USAF Thunderbirds Special Edition each have unique emblems printed at 6 o’clock to denote their military alliances. 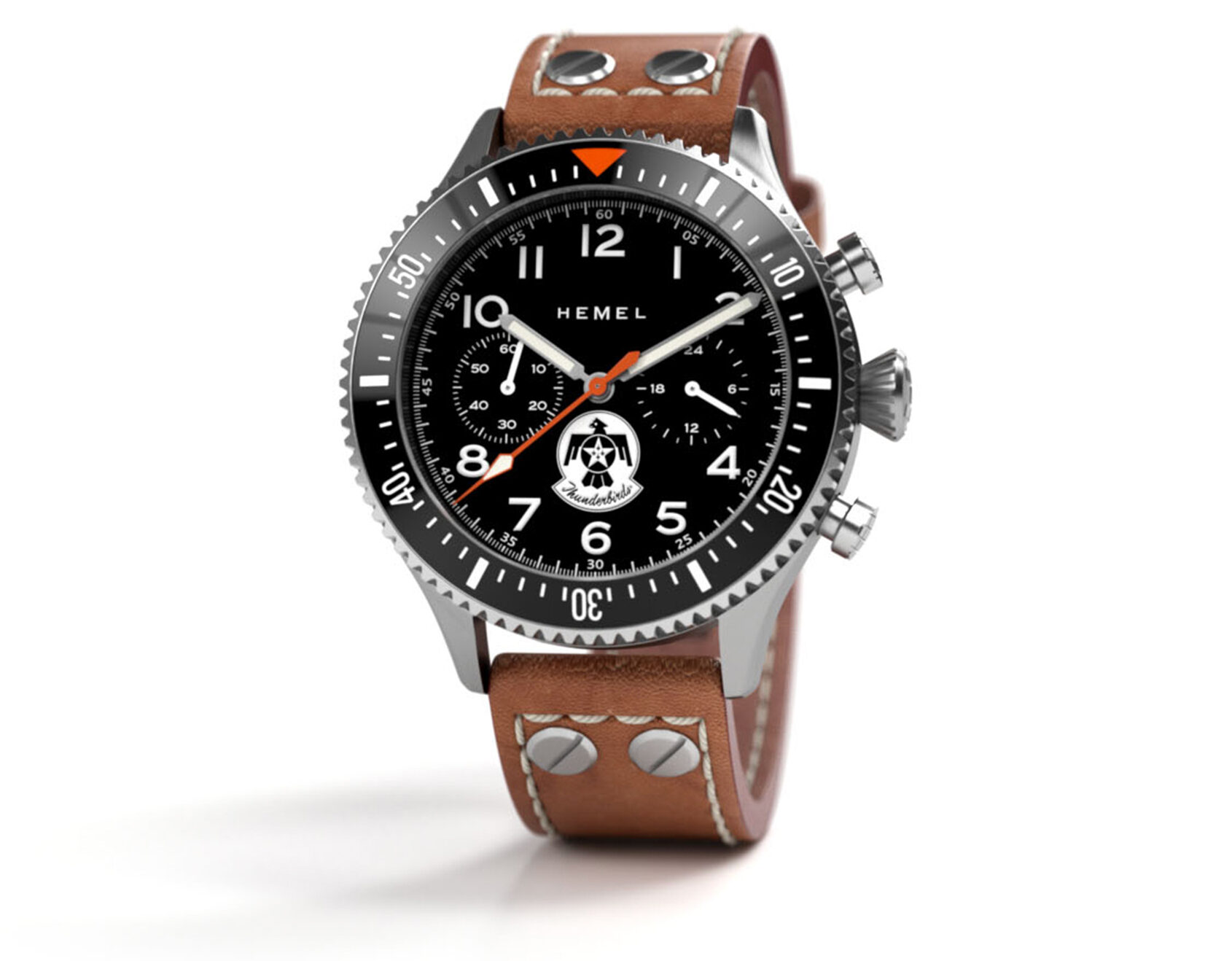 All of the HFT20 watches use the Seiko VK64 meca-quartz movement that allows for a smooth-sweeping seconds hand, despite being battery powered. This hybrid technology is not only affordable and reliable, but it also imparts a little bit of the soul that you expect from a mechanical watch. The lack of a running seconds hand means that there’s no single-second tick to be distracting, and in return the second subdial is used for a 24-hour display complication. 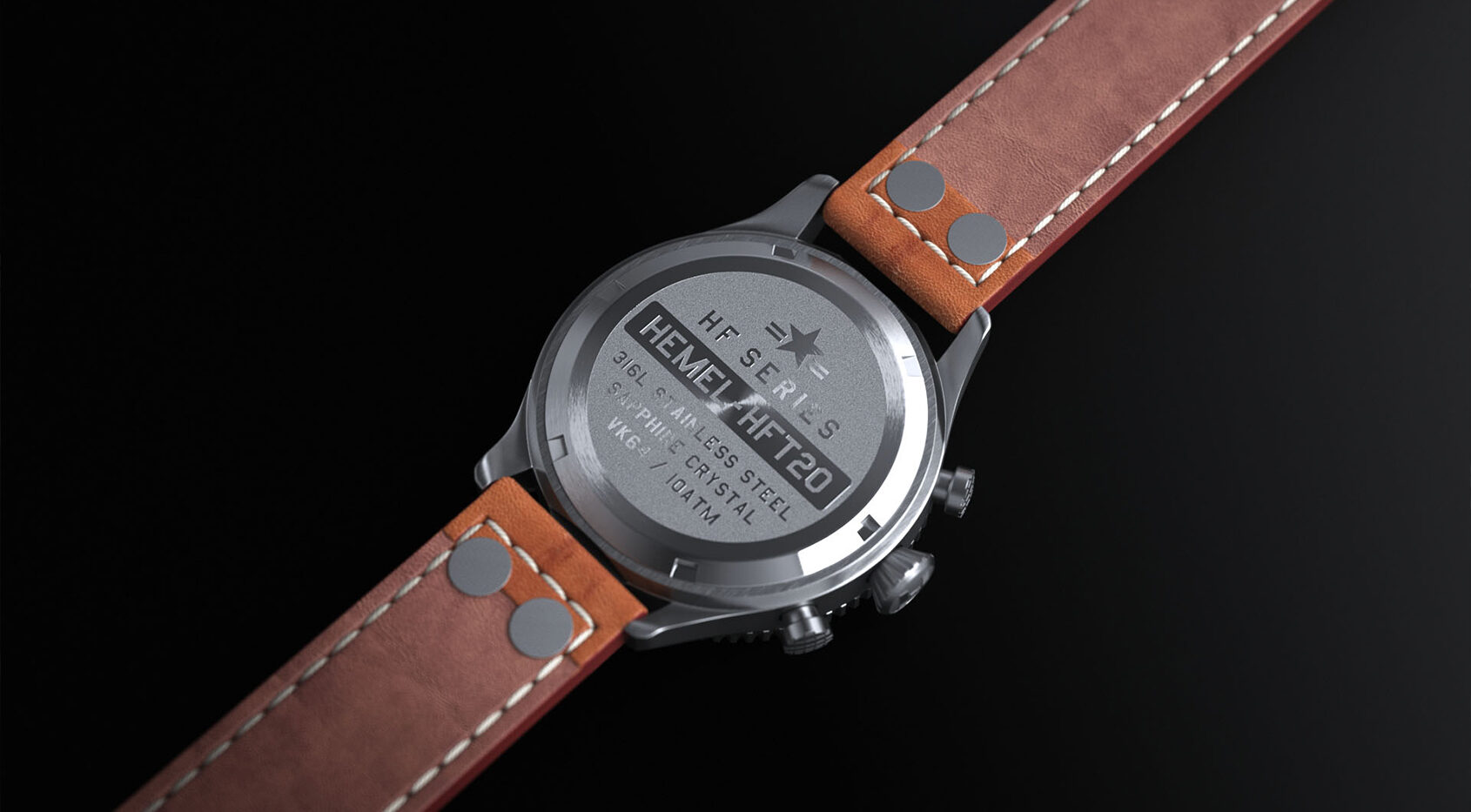 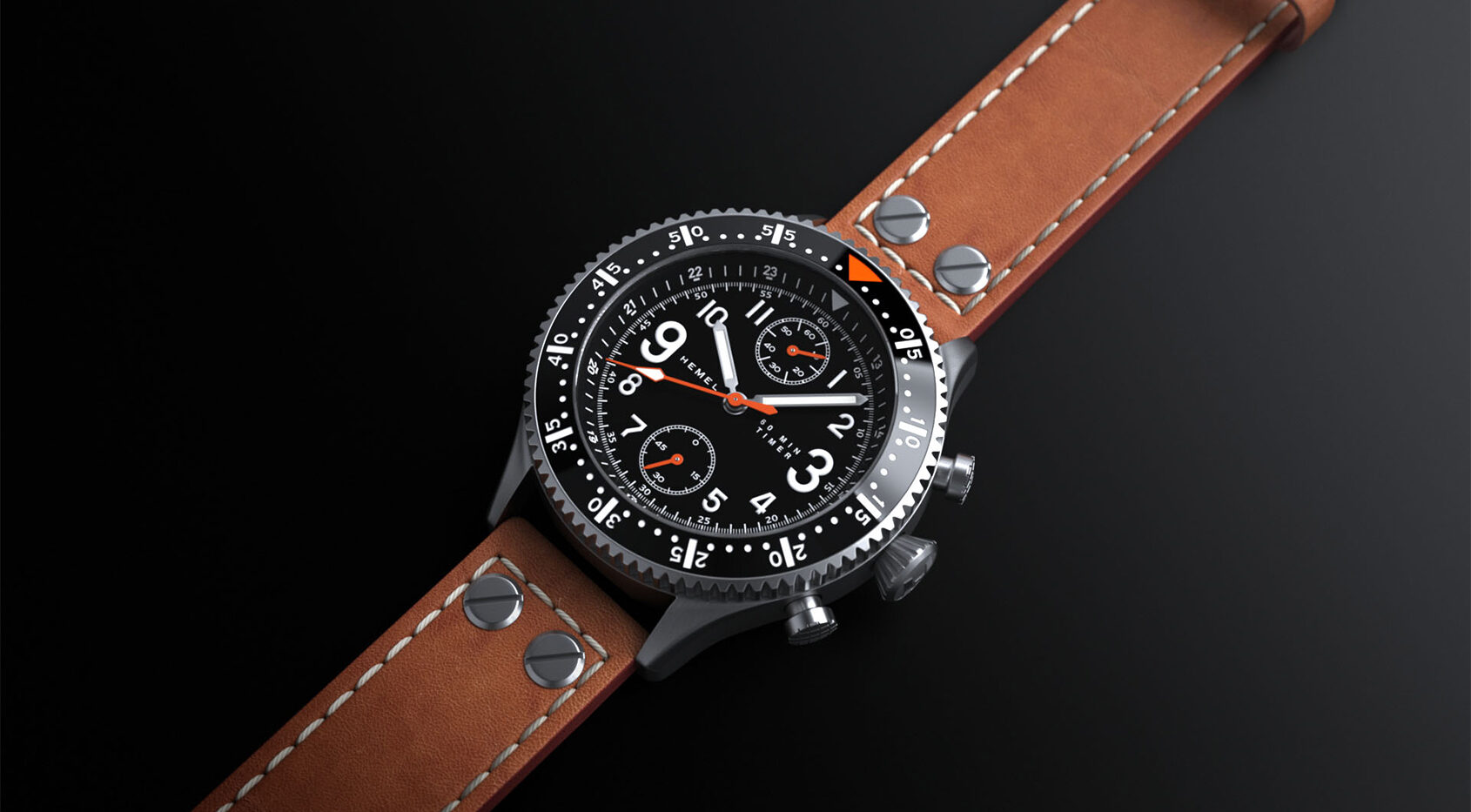 Although the Brabant is broadly the same watch as the Hemel HFT20, there’s enough difference in the overall design to justify its naming as a separate model. The use of a VK61 instead of a VK64 means that you do get a running seconds subdial at 6 o’clock instead of the 24-hour indicator, and the design of the ceramic bezel features markers every 5 minutes instead of every 10. The jumbo numerals at 3 and 9 give the watch a quirkier character, and yet the design also feels a little bit more authentically vintage. If you have option paralysis from the HFT20 but still want a Hemel chronograph, then the Brabant may be the one for you. 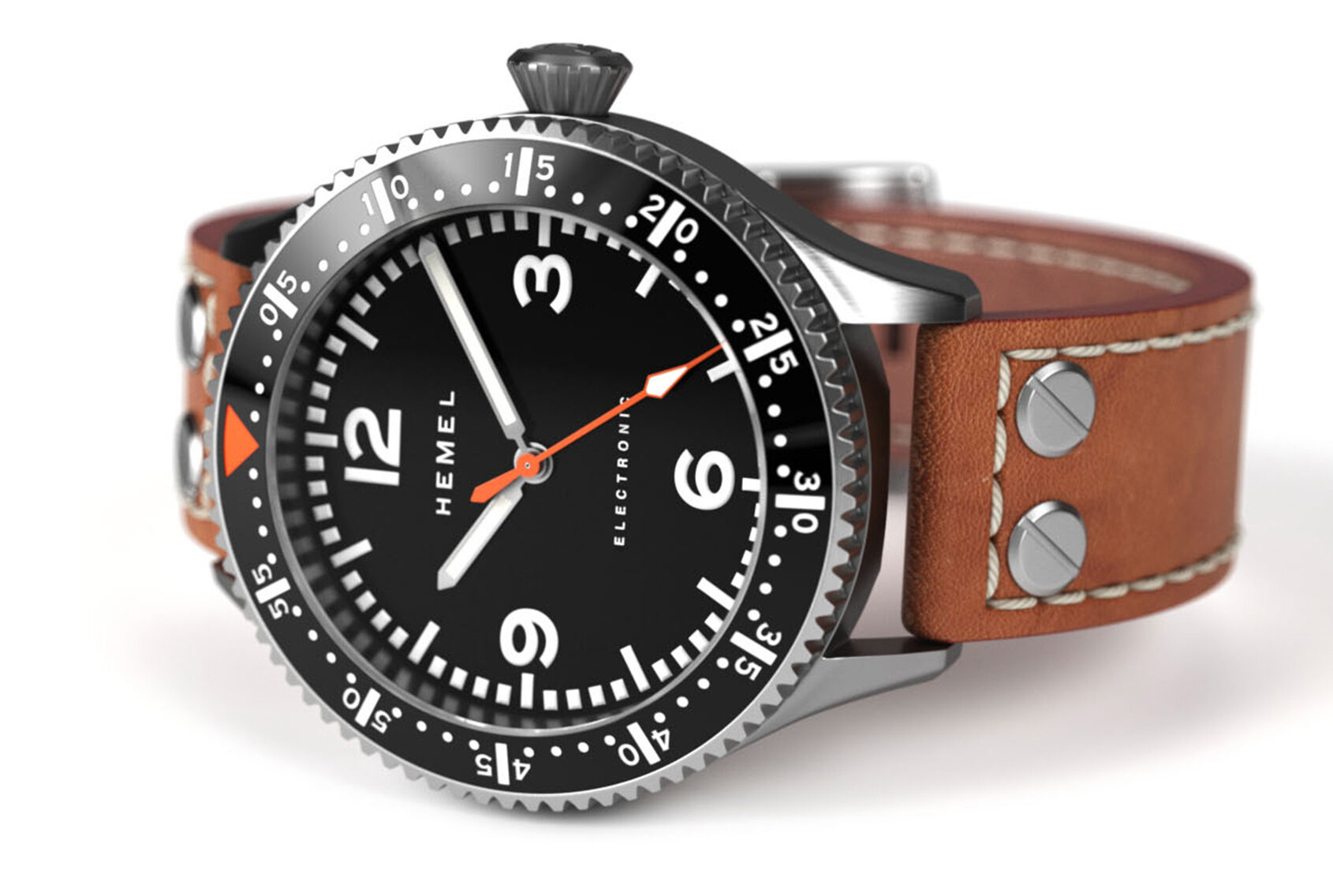 The Stratus also exists in the same case as the other Hemel HFT20 watches, but the tone is completely changed when the chronograph complication is removed entirely. The Arabic numerals have been reserved for the quarters on this watch, although it uses the same intricate bezel design as the Brabant. The space on the dial leaves more room for Hemel’s brand identity to shine through the historical homages, prioritising simplicity and quality. The Hemel Stratus is actually available in either meca-quartz or automatic versions, giving you a choice between a Seiko VH31 or a Miyota 9039 with a 4Hz beat rate and 42 hours of power reserve.

The Hemel HFT20 has been available since 2017, and as such some of the models online are currently sold out, however more stock could be expected. You can browse their range at their website here. Price: $449.99 USD (HFT20) / $549.99 USD (Stratus Automatic)