What’s the best way to celebrate the 40th anniversary of Hublot for the Australian arm of the brand? Through our national sport of cricket, of course. And that’s exactly what Hublot Australia have done, bringing together two Australian cricketing greats in Michael Clarke and Pat Cummins to mark the launch of the new Hublot Classic Fusion 40 Years Anniversary collection. 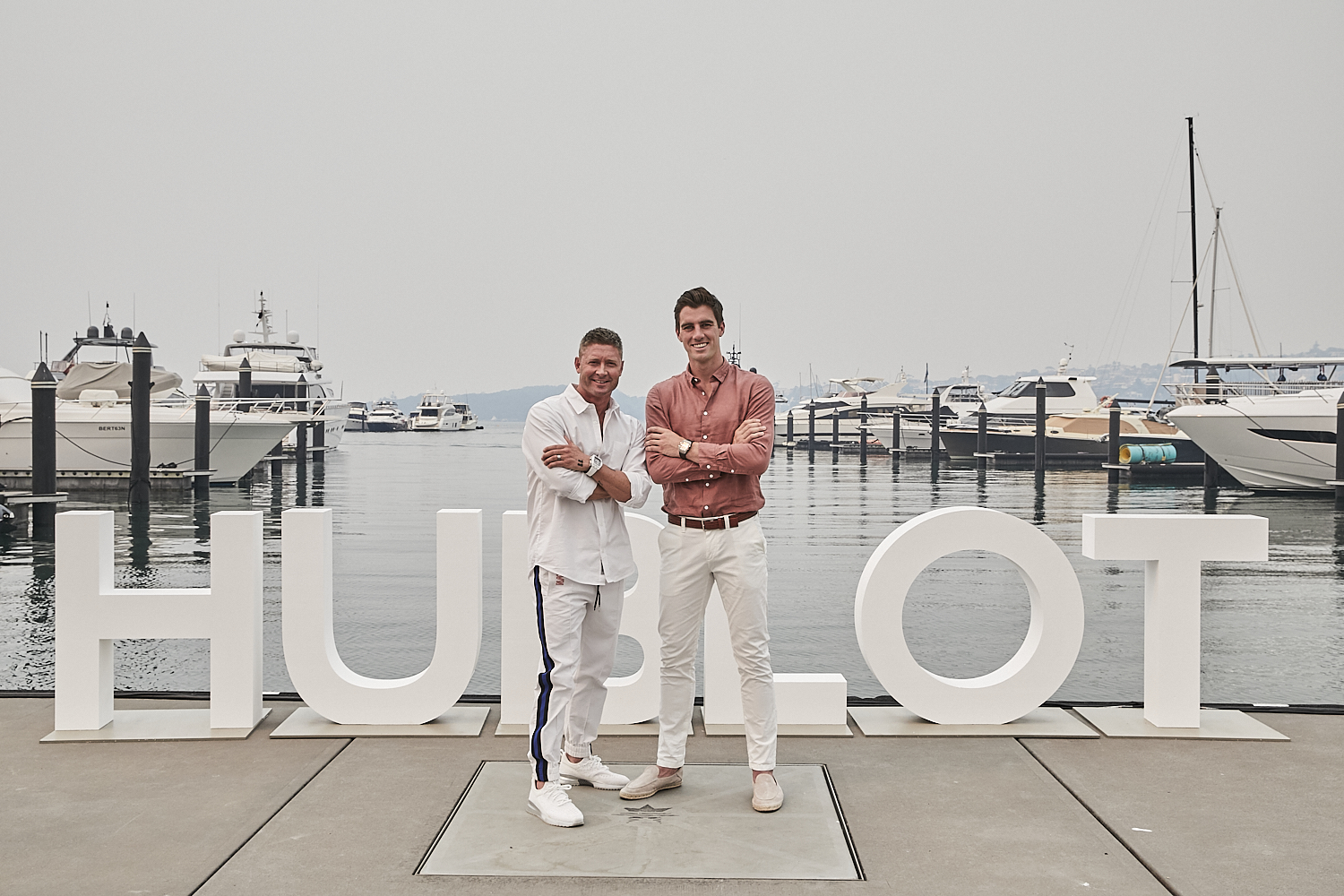 The Hublot Classic Fusion 40 Years Anniversary collection is a trio of new references inspired by the first-ever Hublot made back in 1980. Founder Carlo Crocco was behind the design of this original Hublot, which inspired Jean-Claude Biver and Ricardo Guadalupe to later coin the phrase “the art of fusion”, due to the watch’s solid yellow gold case being paired with a black rubber strap. This was a first for the watch industry and the start of a trend that dozens of brands have followed. 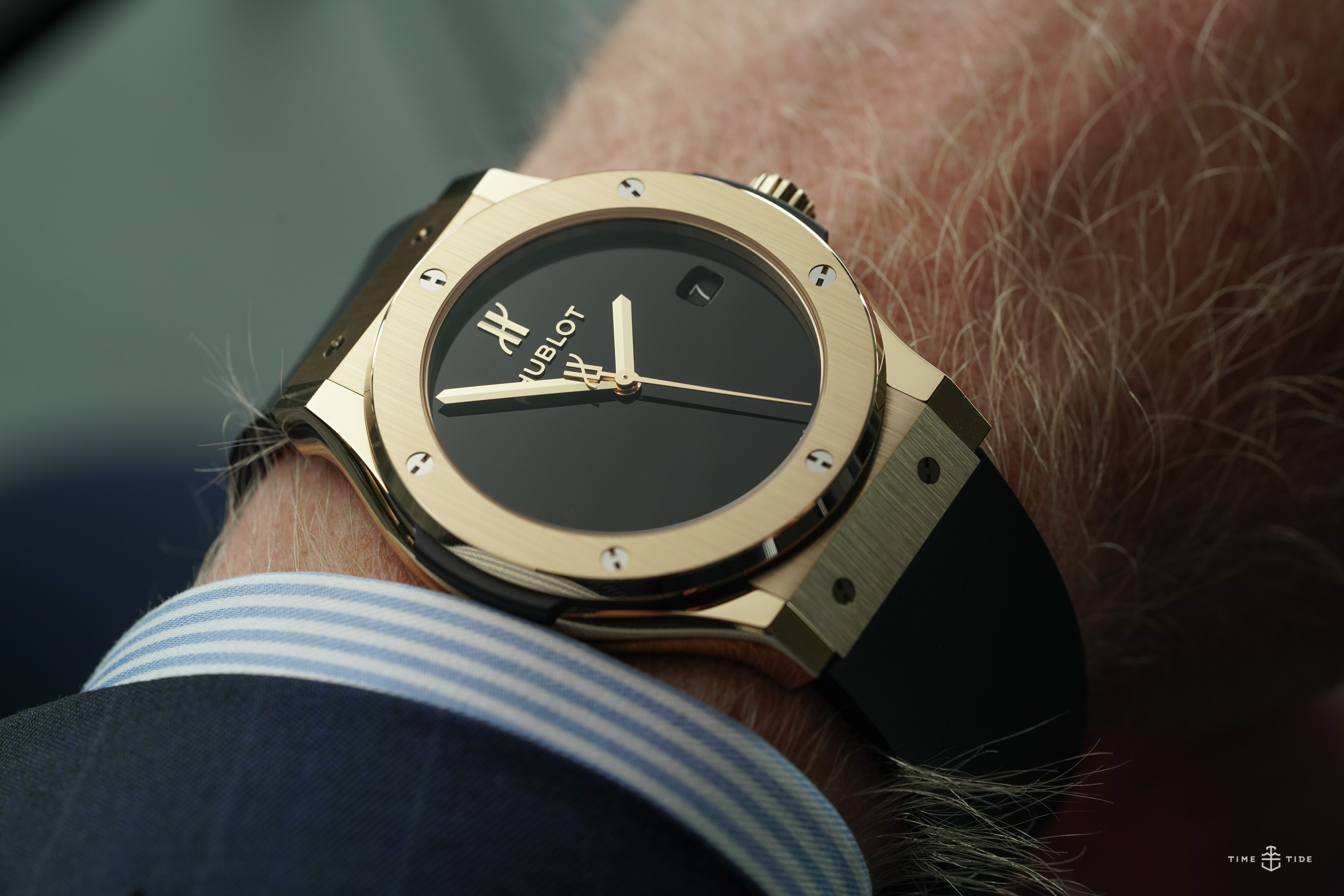 Michael Clarke, a former captain of the Australian Cricket Team, has been a Hublot ambassador since 2014, and believes this willingness to evolve and push boundaries has been critical to the brand’s success. 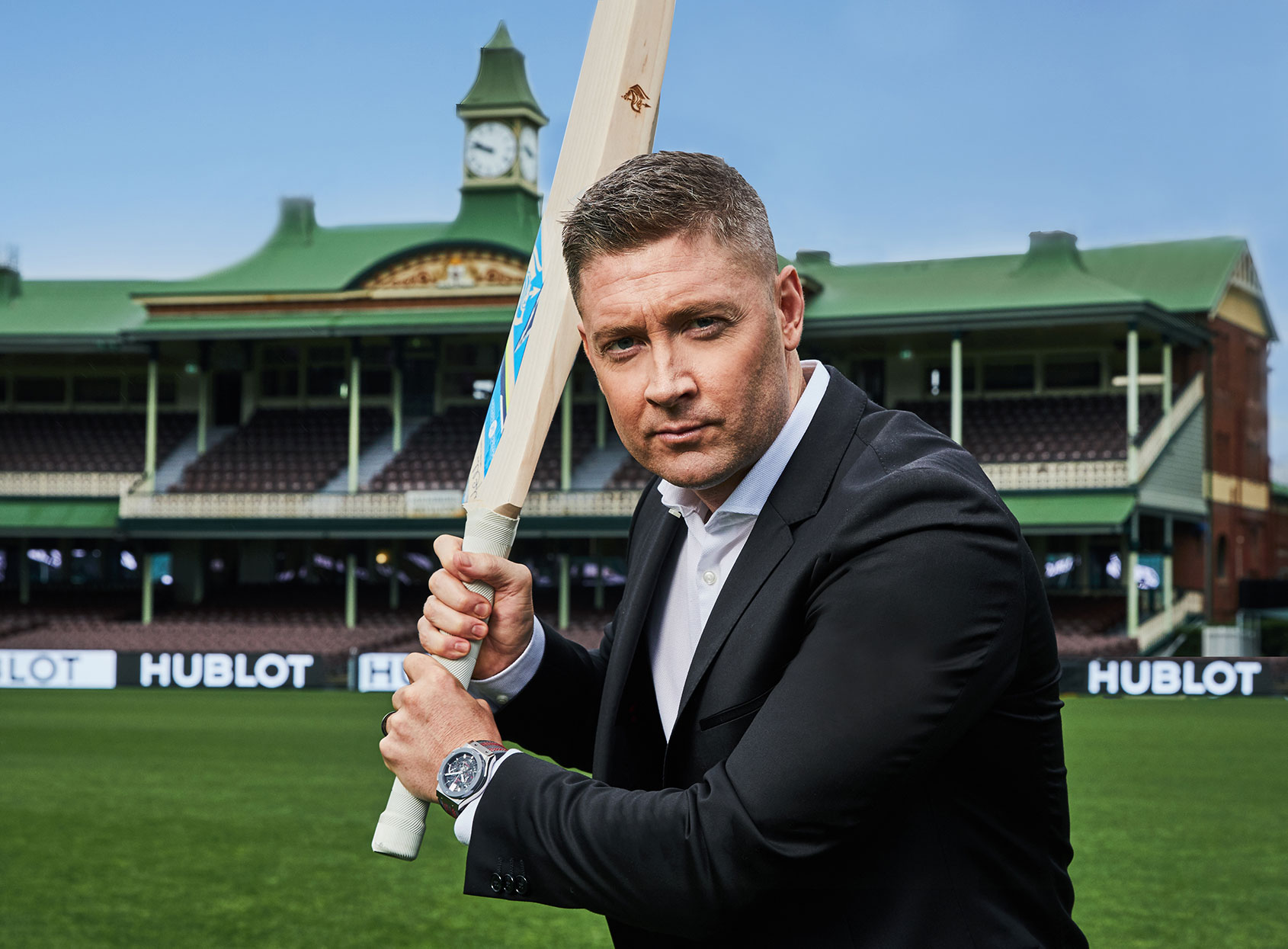 “This year has been incredibly challenging for everyone around the world, but thinking on your feet has been more important than ever and will have been really important for anyone who has succeeded this year,” said Clarke, a man known for his own fancy footwork at the crease. “I think Hublot does that brilliantly, and have managed to adapt to the situation very quickly.” 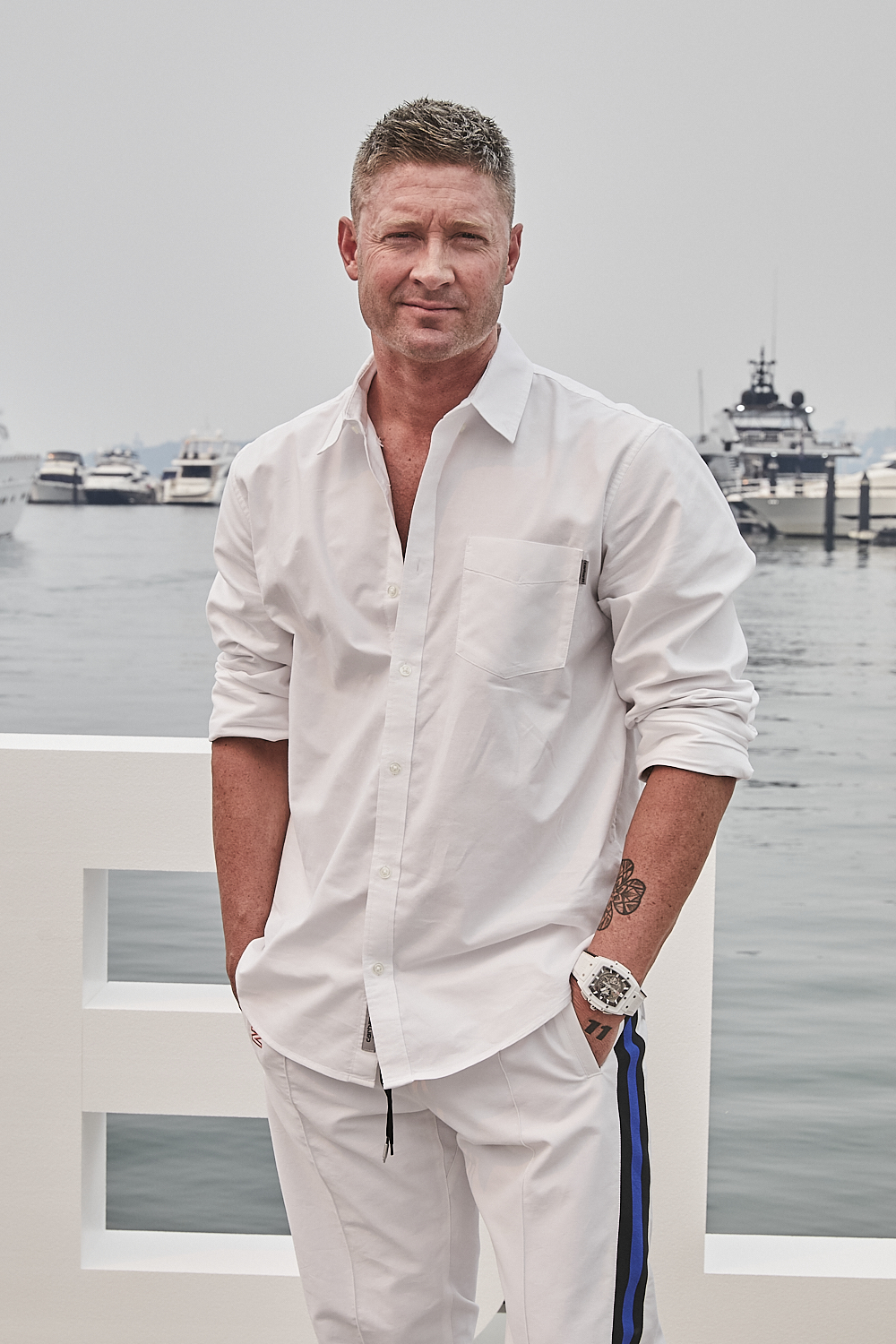 He went on to explain that, “by challenging the norms in watchmaking for the last 40 years, they have always been happy to adapt to succeed, and you can see that in the watches they have made”. 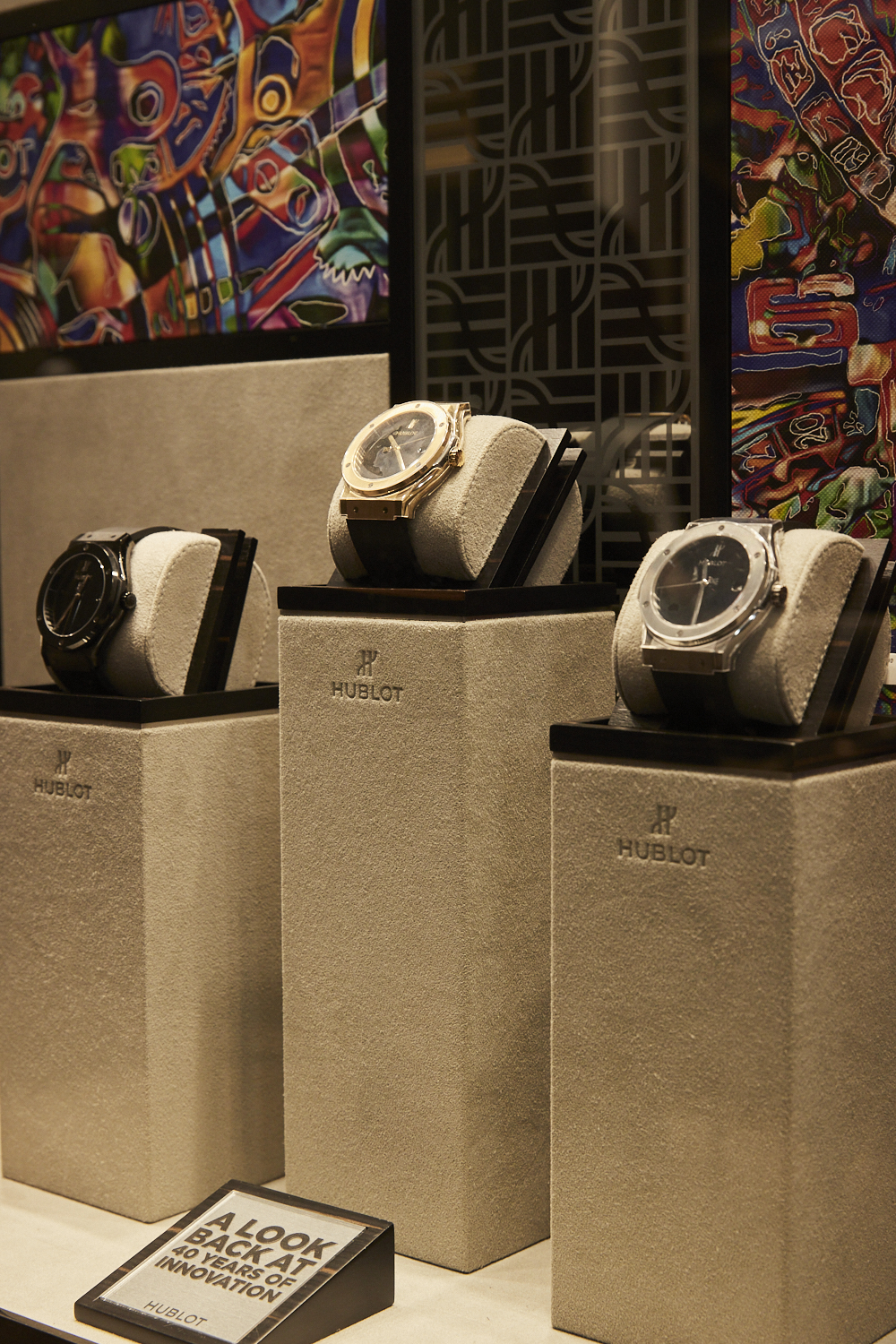 Clarke drew links between what he sees as the conservative attitudes of many watchmaking brands and the traditional values of international cricket. “The game is changing because it has to,” said Clarke. “If it didn’t, people might just stop watching it, and I think in that regard Hublot is a fantastic brand for the sport to be working with, because Hublot is an example of a business that is never scared to be different. Cricket is lucky to be involved with Hublot, not the other way around.” 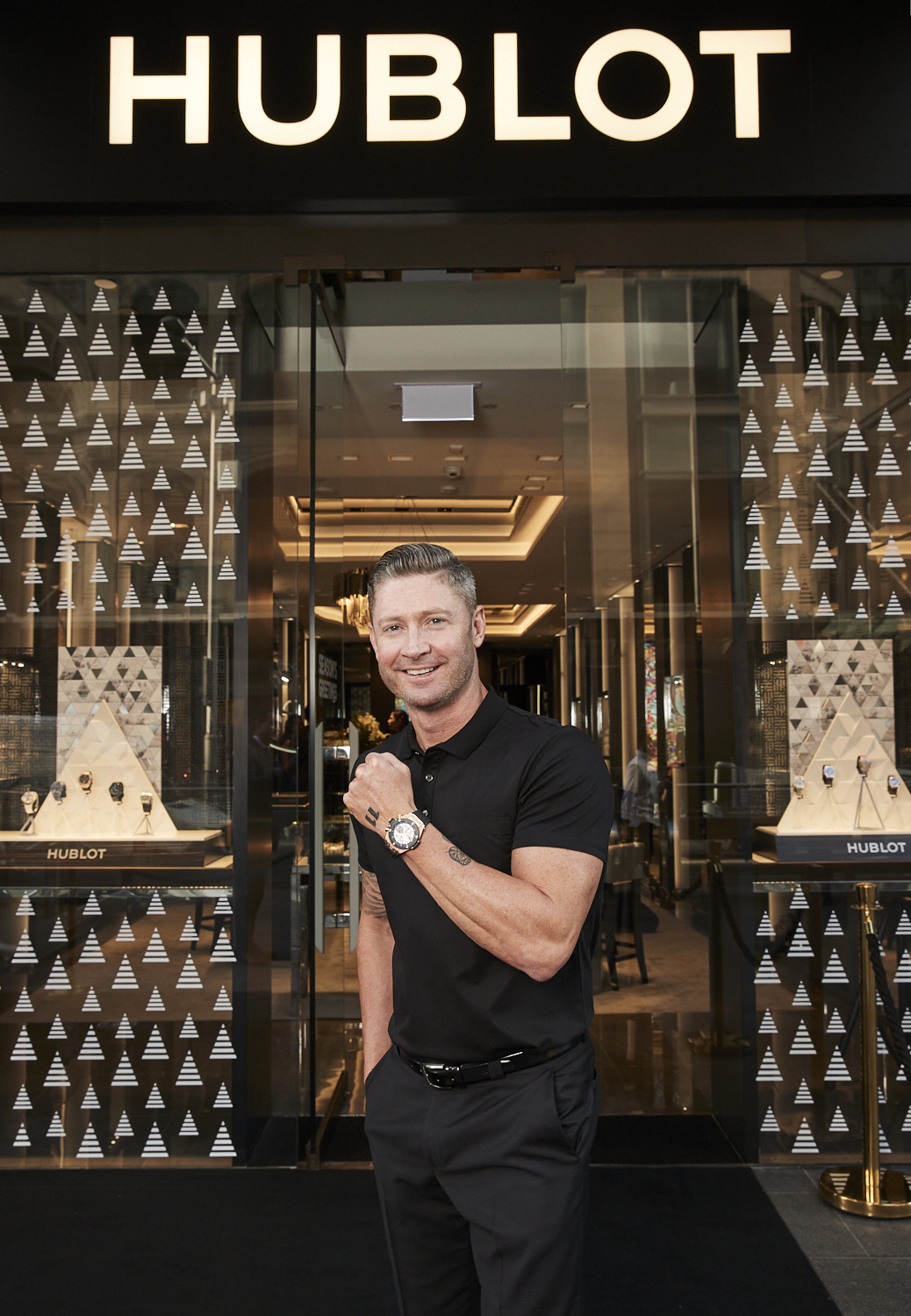 Hublot has indeed been an enthusiastic sponsor of the sport, as official partners of the ICC Cricket World Cup since 2015. It might seem a little niche compared to typical watch-brand partnerships with sports like Formula 1 or the Olympics, but “one-and-a-half billion people are reported to have tuned into the 2015 Cricket World Cup, compared to, say, 102 million for the 2020 Super Bowl“.

In fact, Hublot’s support of cricket is another example of the brand’s refreshingly ballsy approach to marketing. Few other luxury watch brands, for example, would have got involved in soccer or boxing, preferring to stay in more conventionally aspirational sporting realms. But whether they’re emblazoning their name on Floyd Mayweather’s shorts or partnering with the FIFA Wold Cup, Hublot is happy to think outside the box 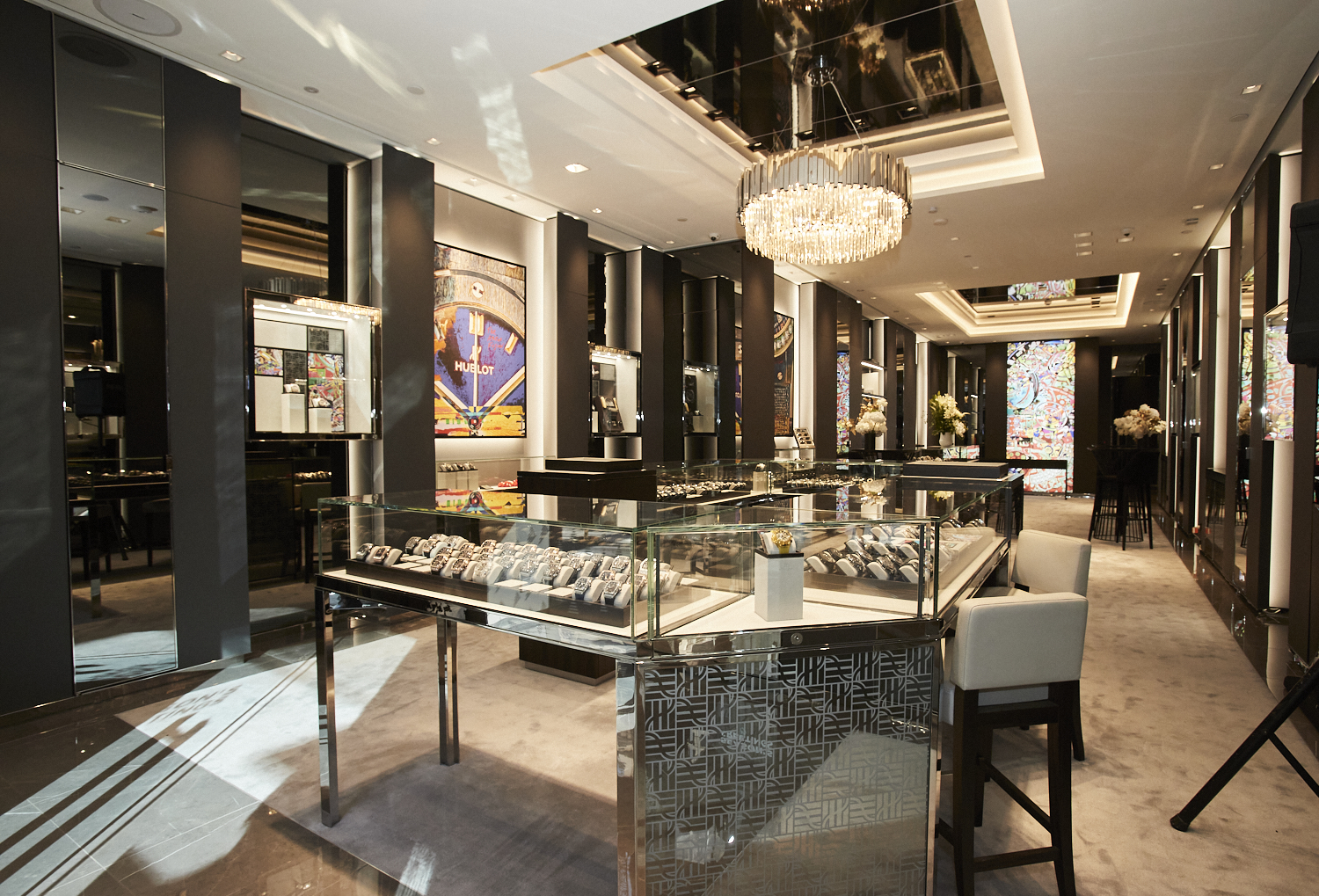 Clarke, however, believes the brand’s success in Australia stems less from marketing than from the watches themselves. “Generally, when people see the product for the first time they fall in love with it,” he says. 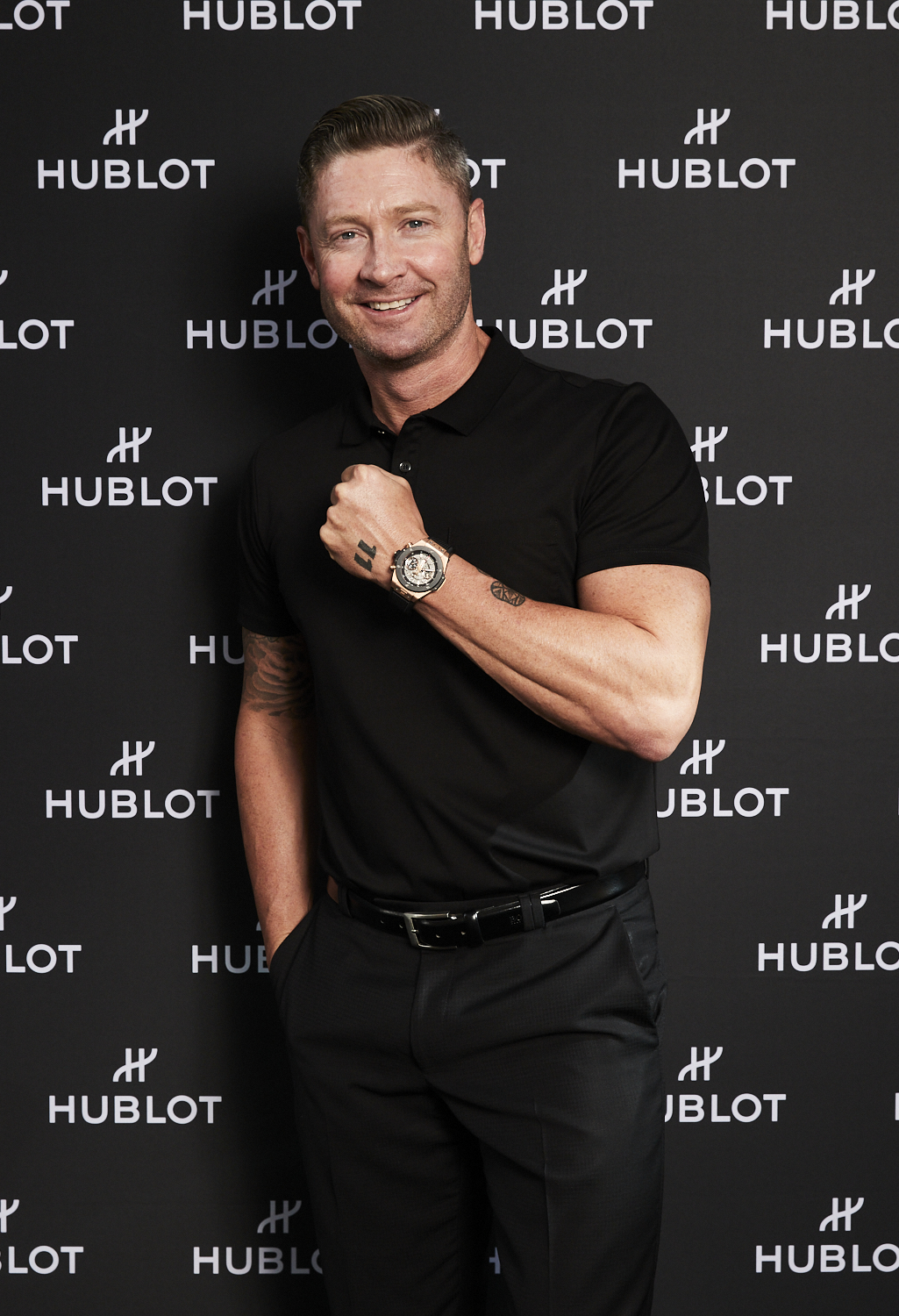 Clarke’s  favourite piece to wear every day is the first Hublot he ever got – the Hublot Big Bang Black Magic – a futuristic blend of ceramic and carbon fibre. “I can wear it to the gym and to dinner, it’s very versatile.”

It’s this adaptability that Clarke believes will see Hublot’s popularity in Australia continue to grow. “Hublot is a sporty brand, made to be worn outside and every day, and that’s why I think more and more Australians will love the brand as they discover it.”