Marlon Brando’s Rolex GMT-Master ref. 1675, worn by him on the set of Apocalypse Now, is to be auctioned by Phillips Watches Department. The story was broken by the New York Times, with the provenance of the piece being traced from Brando, who in 1995 gave the watch to his adopted daughter Petra Brando Fischer, who in turn gifted the watch to her husband Russel Fischer as a wedding present in 2003. 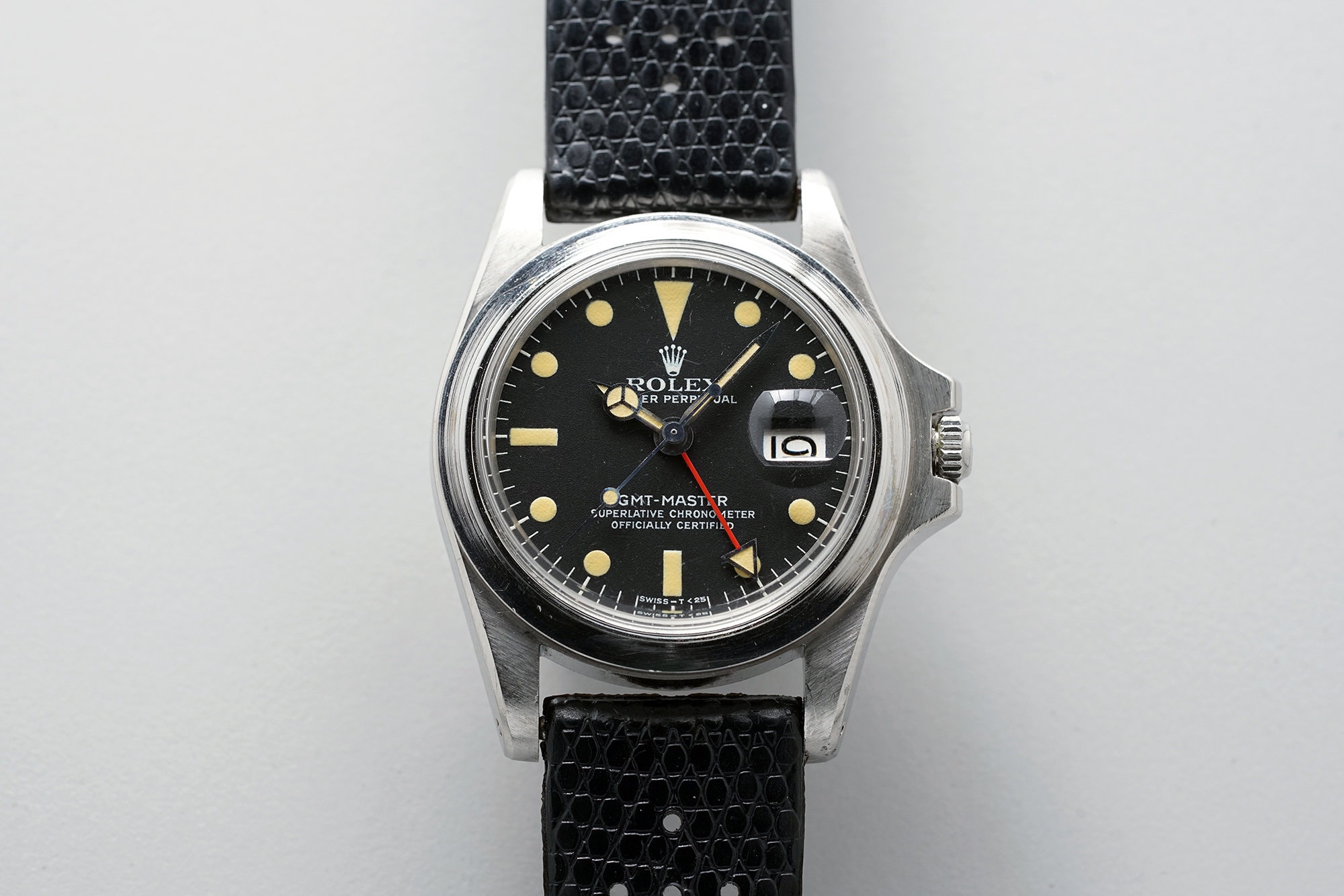 The Rolex GMT-Master owned by Marlon Brando, missing its bezel after it was removed on the set of Apocalypse Now. Image: nytimes.com

The Rolex GMT-Master in question is a relatively classic ref. 1675, with a few interesting customisations added by Marlon Brando. While shooting Apocalypse Now, a member of the film crew told him not to wear the Rolex as it didn’t fit the character of a US soldier in the Vietnam War living off the land. Rather than getting rid of it completely, Brando popped the bezel off the watch instead, giving it a more beaten look, and he continued to wear it while shooting. He also scratched his own name into the caseback, inscribing “M. Brando” in a style that looks like the watch lived its life in the jungle. The watch is also on an after-market strap, similar to the one in Apocalypse Now, having shed its Oyster bracelet at some point in its life. 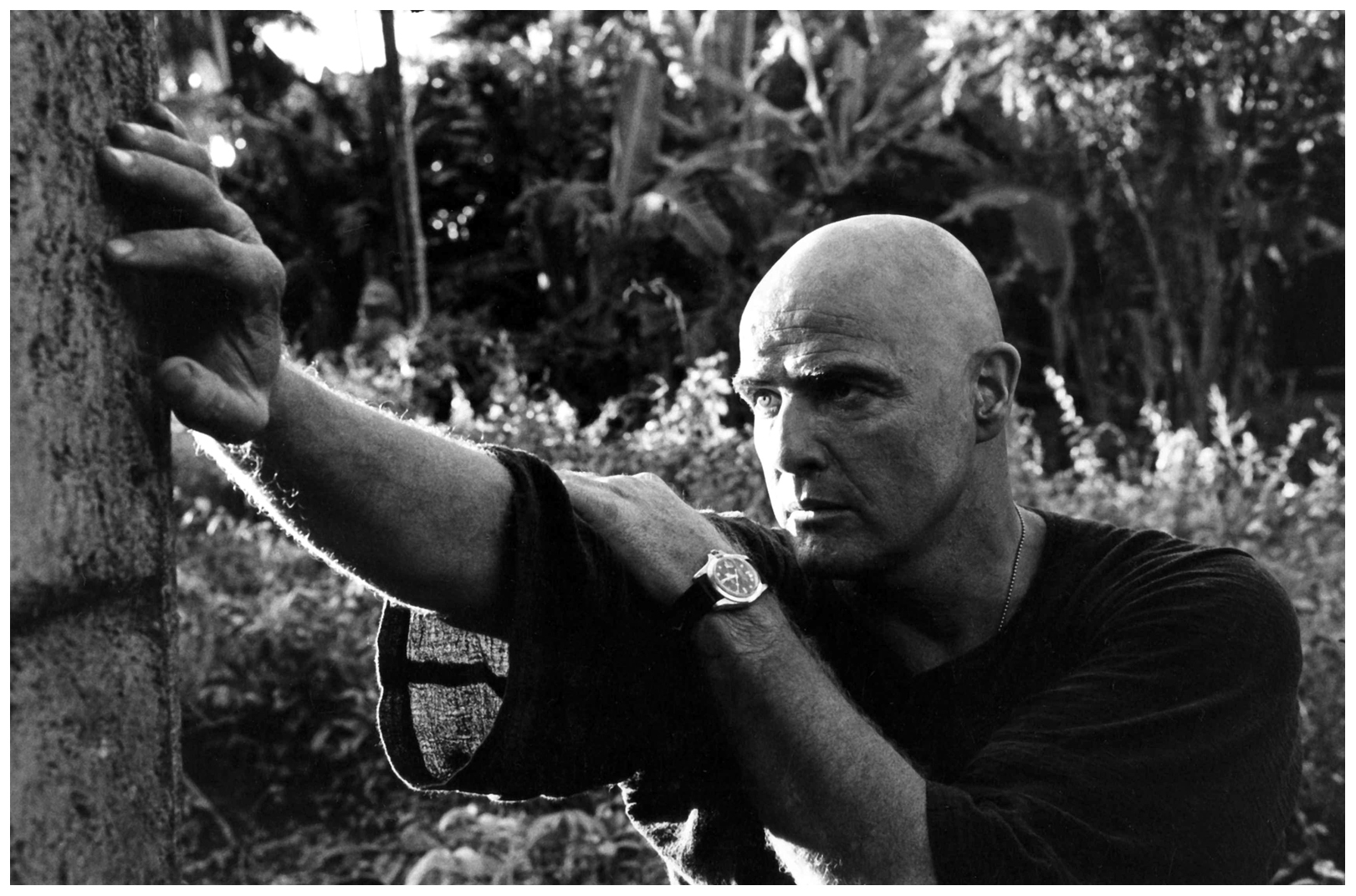 The GMT-Master had been missing for years, forgotten in a drawer, with the family having no idea of the myth and legend in collecting circles that surrounded the missing Rolex. In 2017, however, the sale of the Paul Newman Rolex Daytona prompted Ms Fischer to realise the value of her father’s watch and to seek it out. While the watch has certainly been worn without too much care being given to it in the wilds of Southeast Asia, its period of life in a drawer has certainly preserved it well over the last decade and a half. The watch will be sold by Phillips in December with a portion of the proceeds going to a charity that protects children suffering abuse, hardship and neglect. 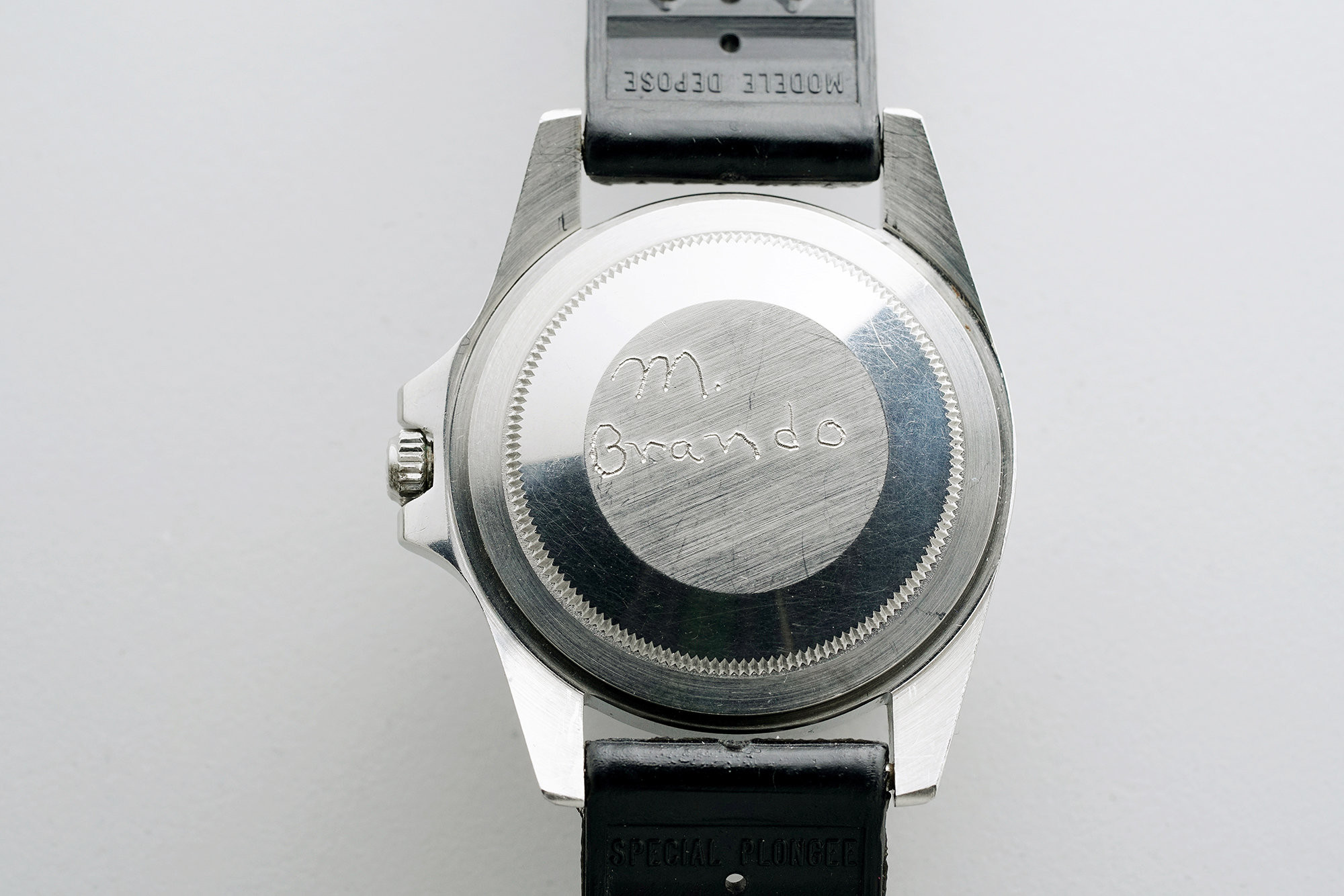 The caseback of the Rolex, with Marlon Brando’s name engraved. Image: nytimes.com