We want to start this post with a shoutout to some YouTube commenters by the name of Nicolas, Hani and Lee. This trio recently commented on the Longines HydroConquest 41mm in Khaki Green video and each echoed the same sentiments, which to paraphrase, are: “We are in doubt between this Longines and an Oris Aquis.” We all took note. It reminded us of a segment we did on YouTube some time ago called Apples to Apples.

The idea here was that we pick watches that are likely be in competitive sets and – after a flip of the coin to determine who argues for who – then argue a case for each watch. We’ll dispense with some of those theatrics for this static site post version of the concept – but we’ll keep the core idea. That two watches, both alike in important ways, get compared directly to one another. So, without further ado, let’s pitch two well-priced welterweights against each other pound for pound. 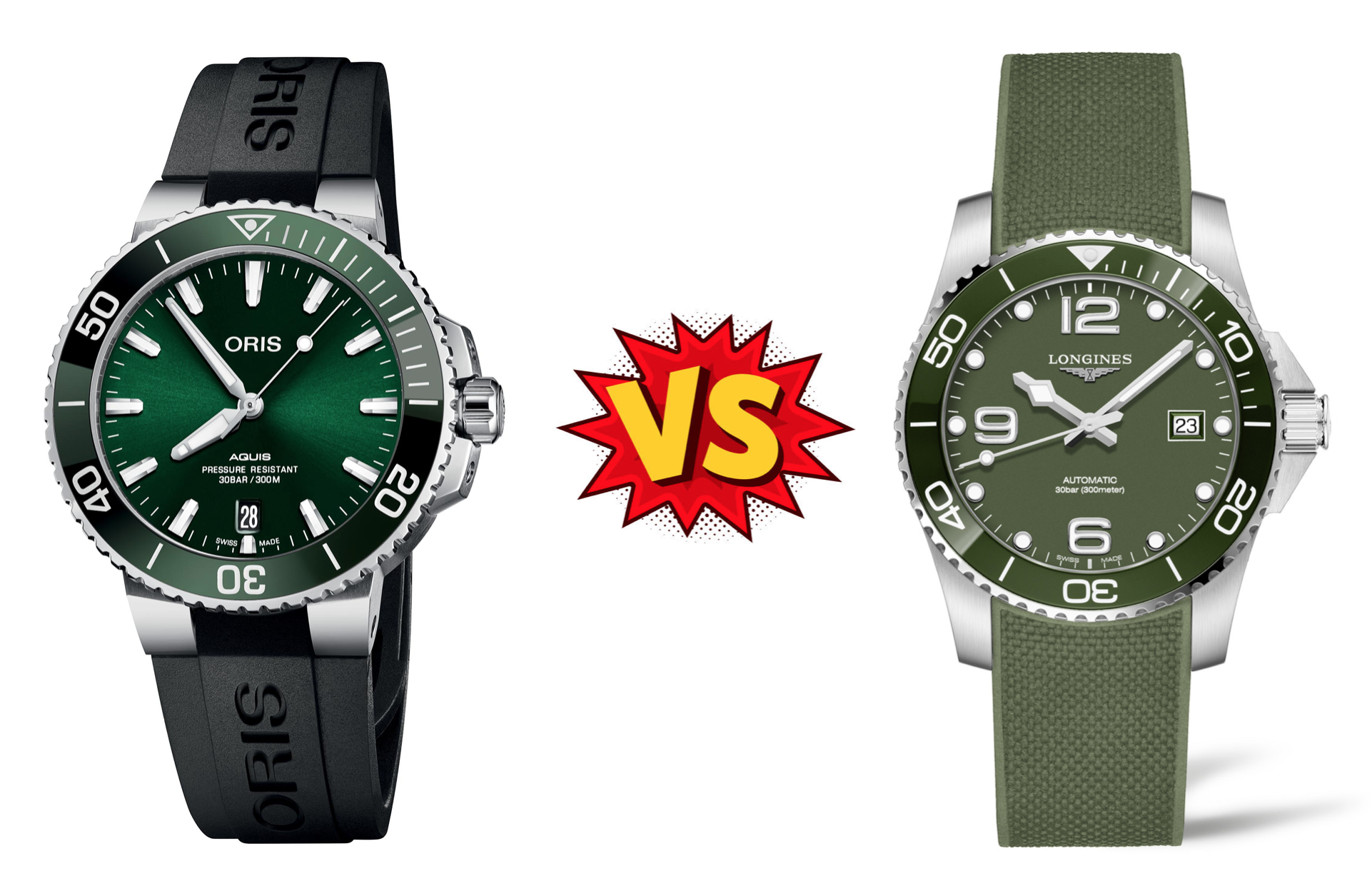 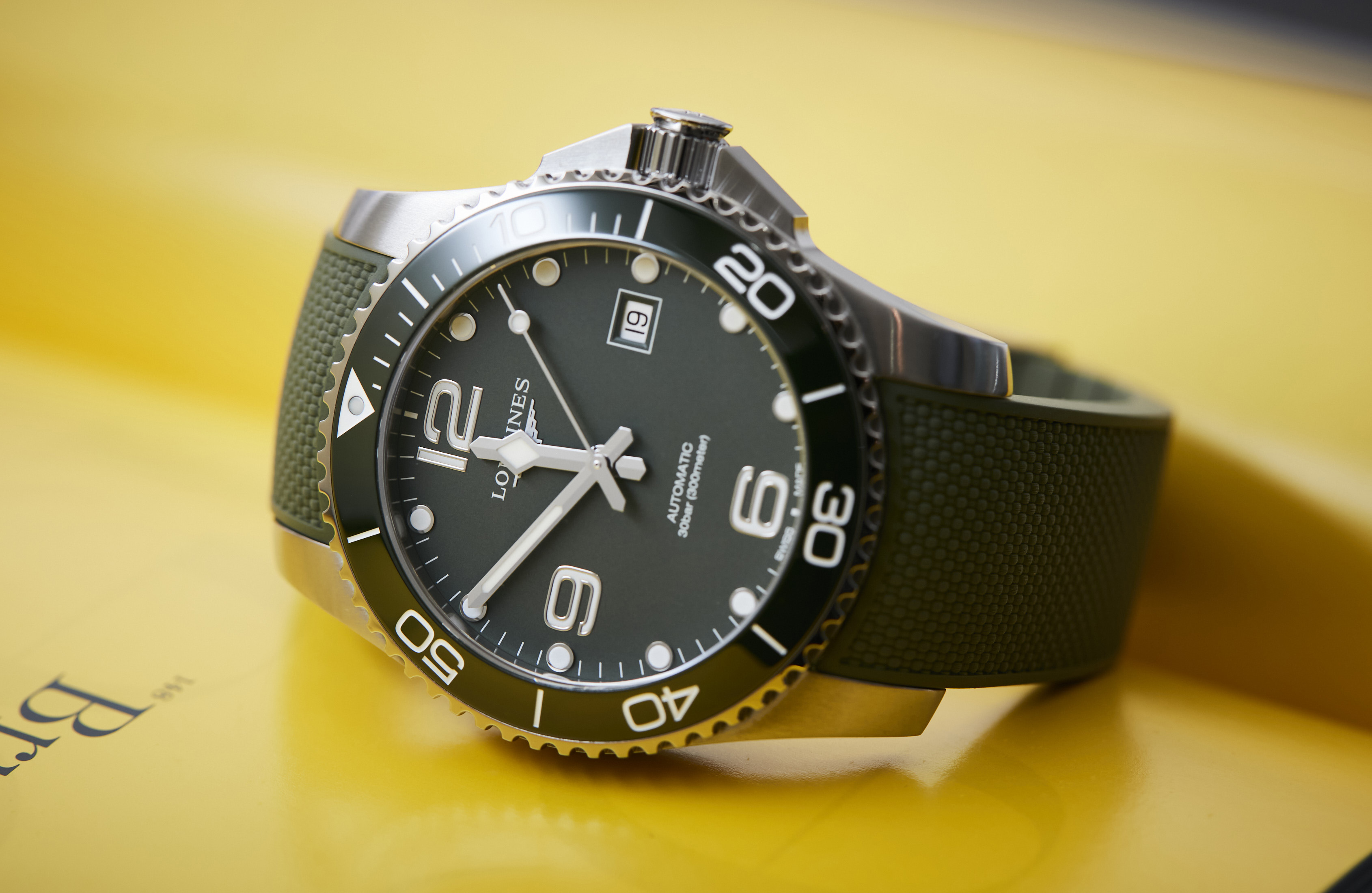 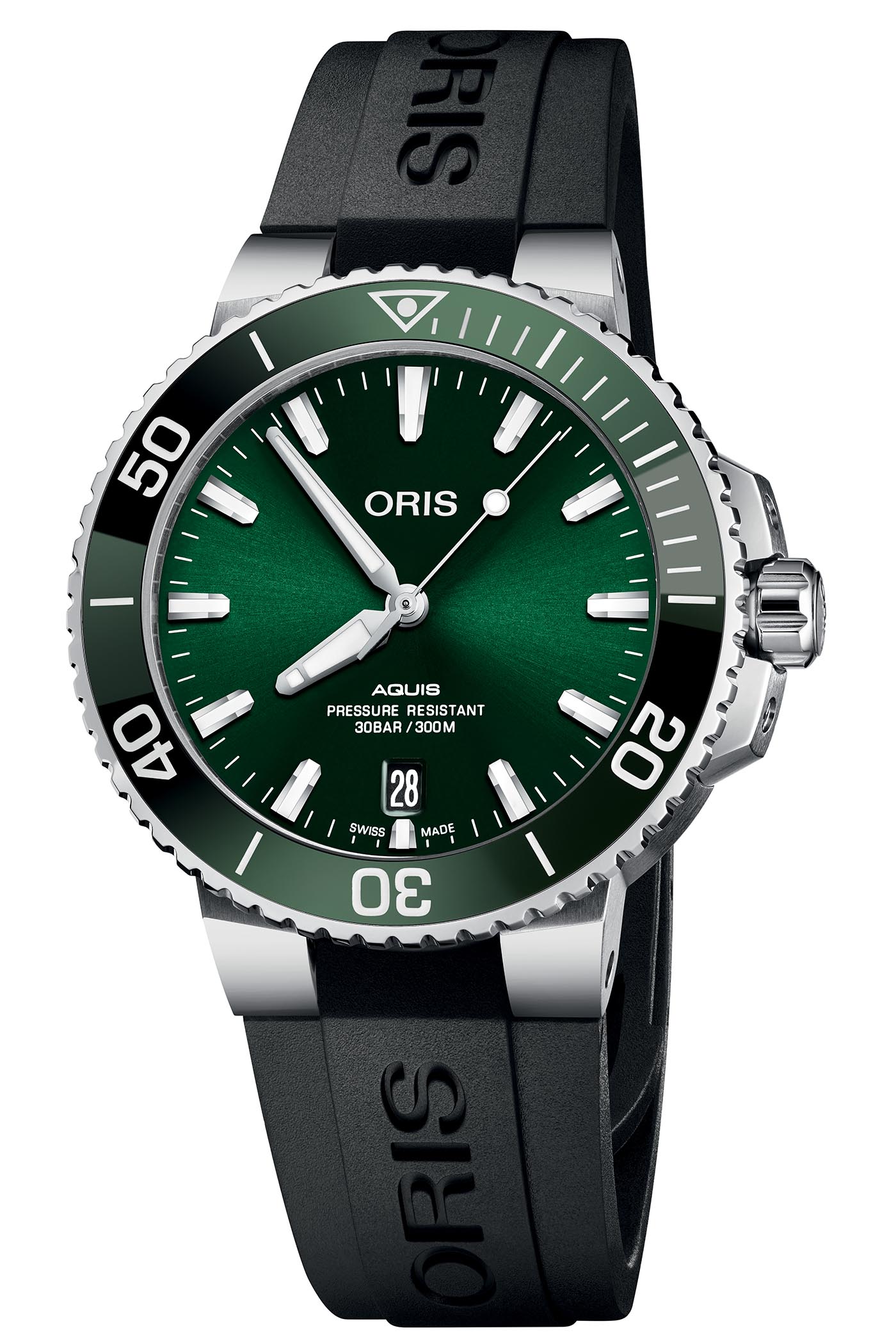 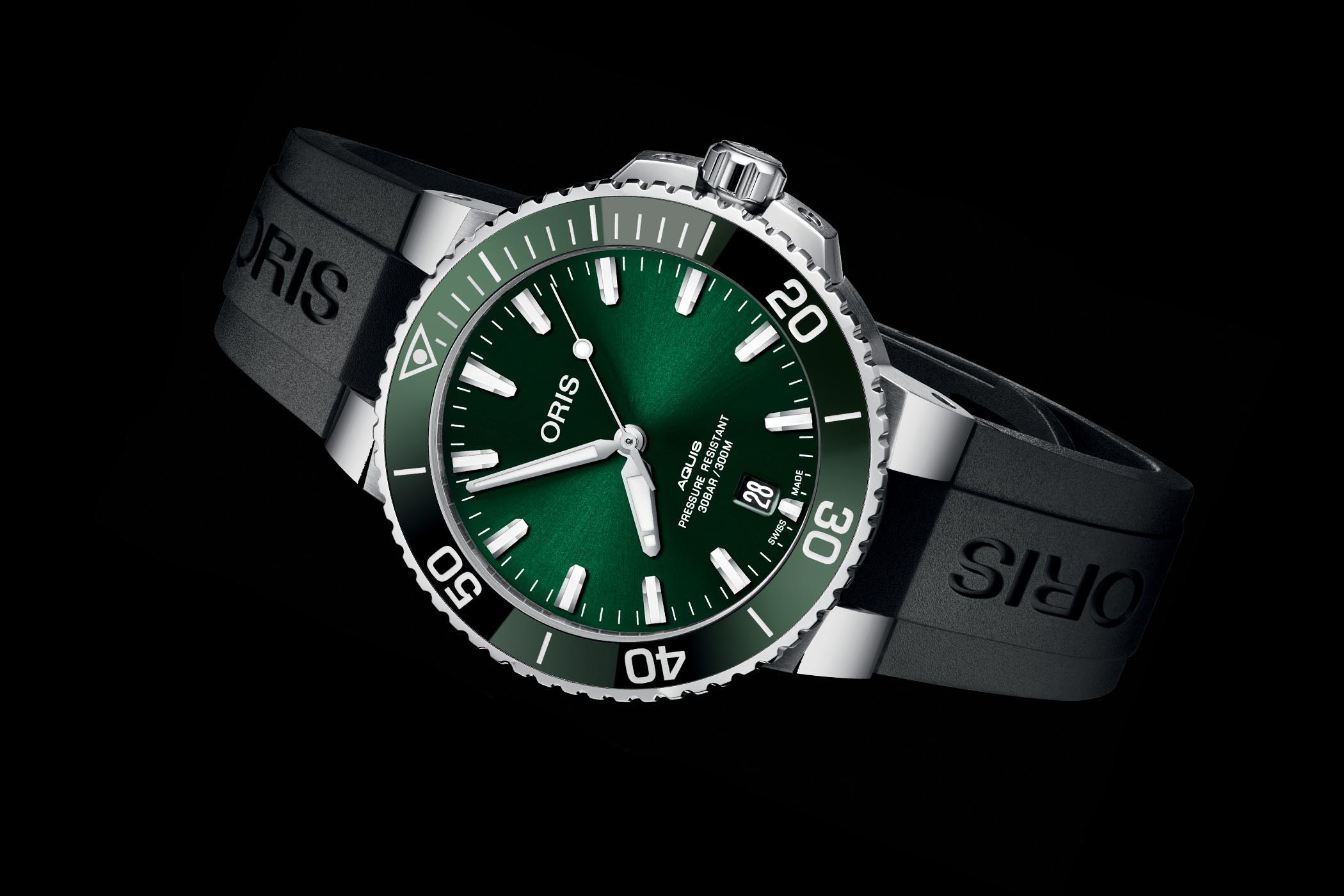 A case for the Longines: 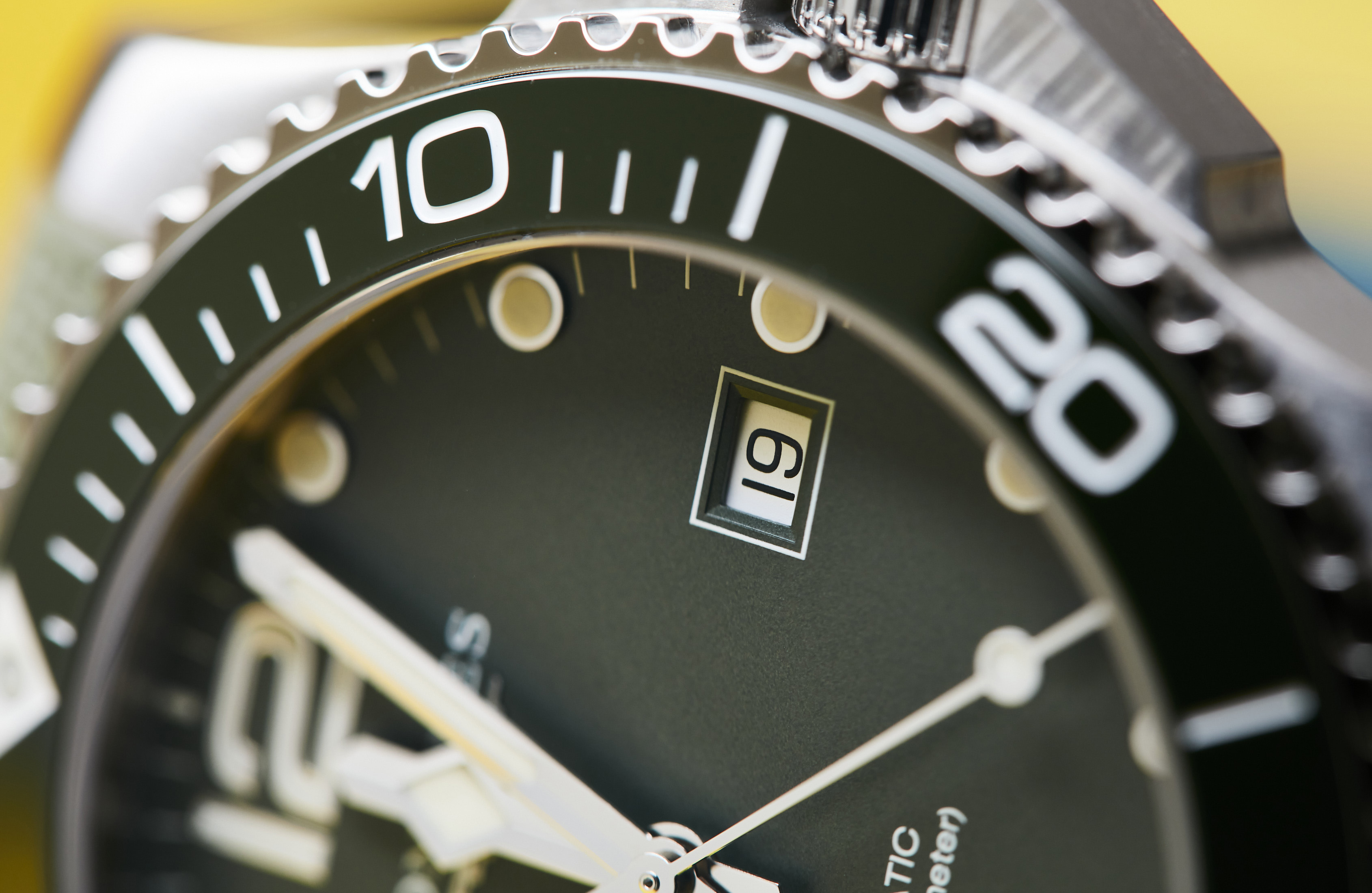 There’s no denying that the Oris Aquis is a good timepiece, in this case with a dressier and more lush dial, should that appeal. But if the first consideration of the buyer is the cost and value ratio, then it’s worth starting there. The HydroConquest is $575 AUD cheaper than the Oris, which is not a small amount of money by any means. Secondly, the overall build quality of the watch — whether it be the brushed finishing of the steel case, lack of play in the ratcheting bezel, or the attention to detail that has been placed on the matt Khaki Green dial — is in a different league to that of Hölstein’s offering. Thirdly, and perhaps most importantly, the Calibre L888 movement found inside the Longines is preferable to the Oris’s Sellita Calibre SW200-1 – offering better accuracy and a longer power reserve.

A case for the Oris: 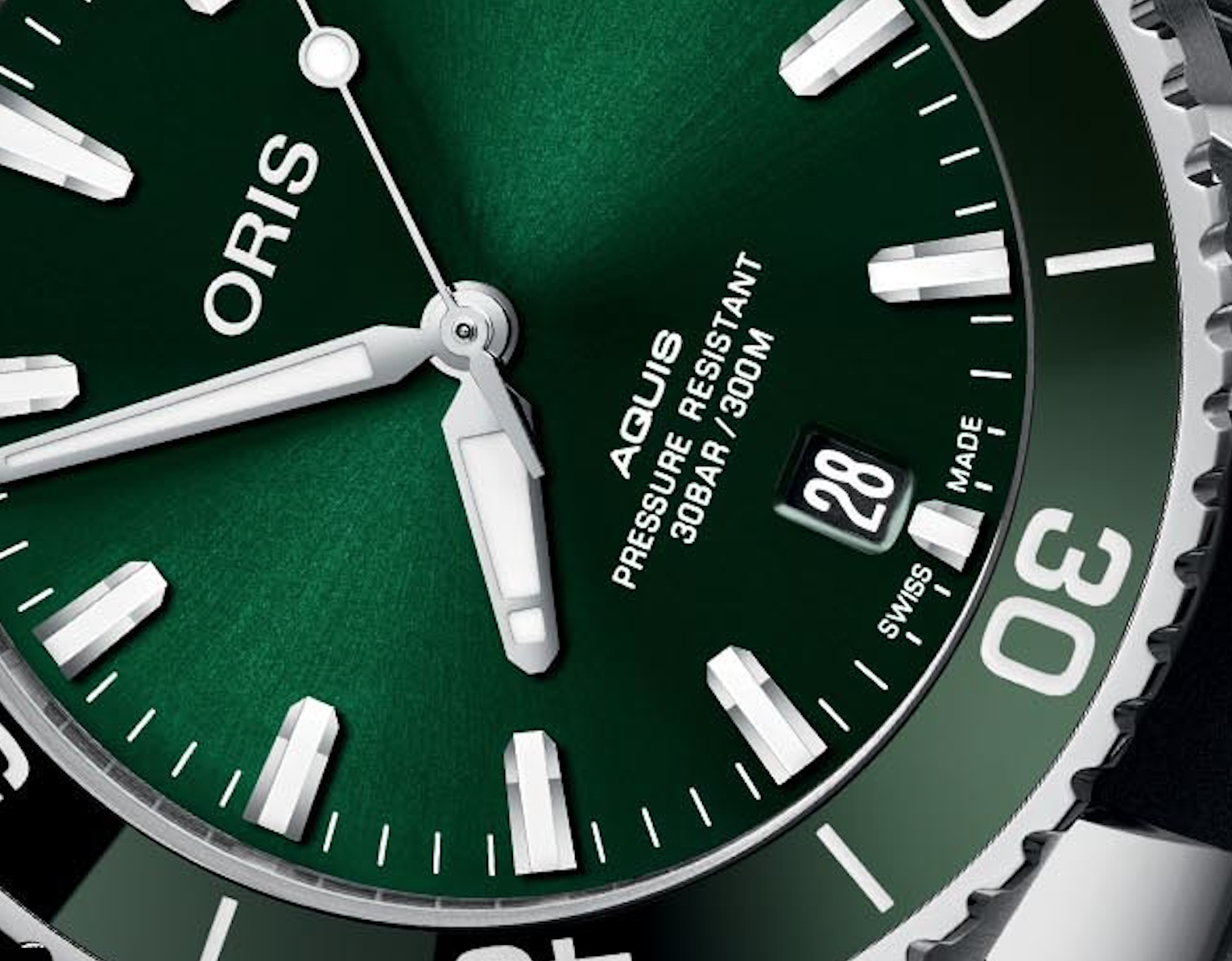 The Aquis does have some redeeming qualities, though. The smaller 39.5mm case, for example, may appeal to a larger range of people … even if it is a whole 2mm thicker than the Longines. And the aesthetics of the Oris are very appealing, with an overall design language that’s refreshingly modern. This contemporary approach has to be commended, as too many dive watches made today rely far too heavily on vintage-inspired cues and archetypal traits. It’s also got a display caseback, so it could be argued that the Aquis offers even more visual engagement with owners. 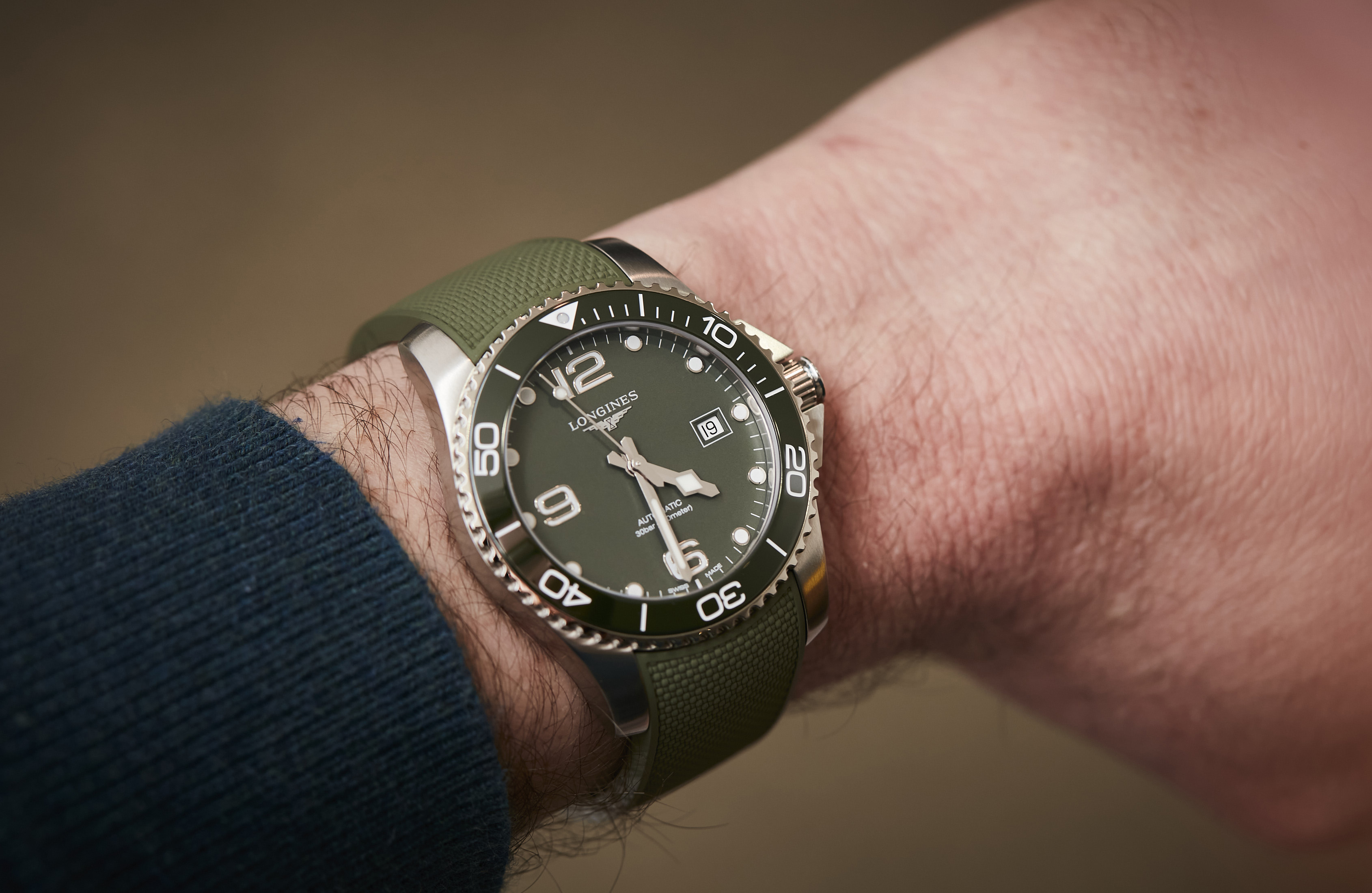 As with most Apples to Apples, the decision of the buyer will be as rooted in aesthetics and personal tastes as anything else. You like an open caseback? It’s the Oris. You prefer bigger watches? The Longines. You like the way the light plays on a sunburst dial? Oris all day. You really like a watch’s power reserve to go the distance? Longines wins. Or, urban vibes vs a dressy diver? Longines again. One could also argue this is a battle of the independent, Oris, vs the conglomerate, Longines which is part of the Swatch Group. There are some extra benefits of a big family though, with many of Longines’ wins on paper coming down to the fact that the Swiss watchmaker has Swatch behind it. That means more budget for R&D, more sharing of information between brands, and a greater scale of economy in production volumes.