Longines has had quite the 2020. First came the excellent Khaki Green addition to the HydroConquest collection, and then we scored an entirely new and very exciting collection in the Longines Spirit. And now, to round out something new and something updated, comes something from the past –  but, we think you’ll agree, very much fit for these times, even if Luke from the team considers that the times they are a changin’. 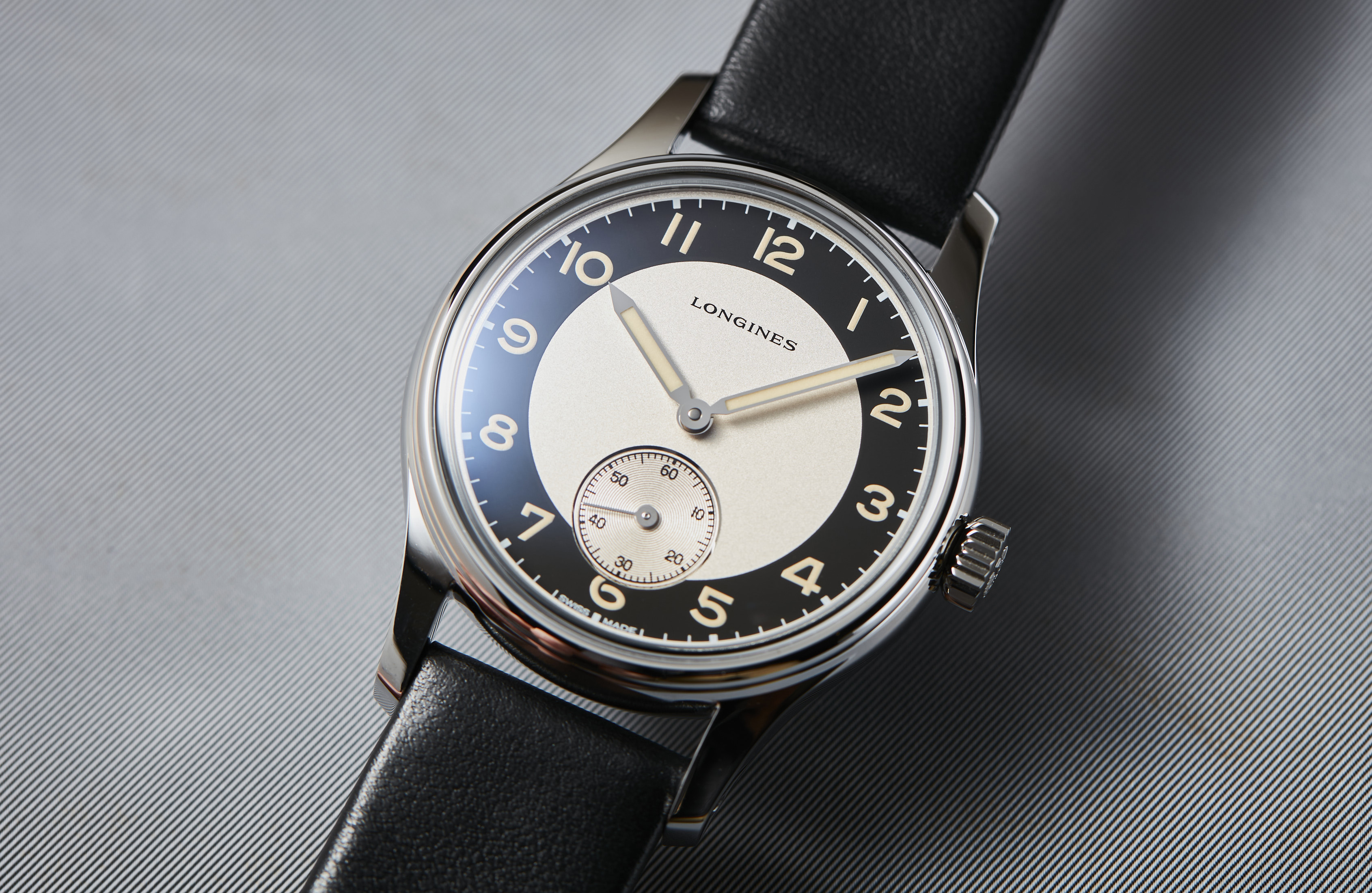 Called the Classic Tuxedo and Tuxedo Chronograph, these two timepieces are faithful re-creations of two Longines wristwatches that were made a long, long time ago. With enough Art Deco flair to make Jay Gatsby blush, these could well be the nicest-looking wristwatches the legacy watchmaker has dropped this year, and now that we’ve spent some time with each of them, we can tell you what they’re like on the wrist. 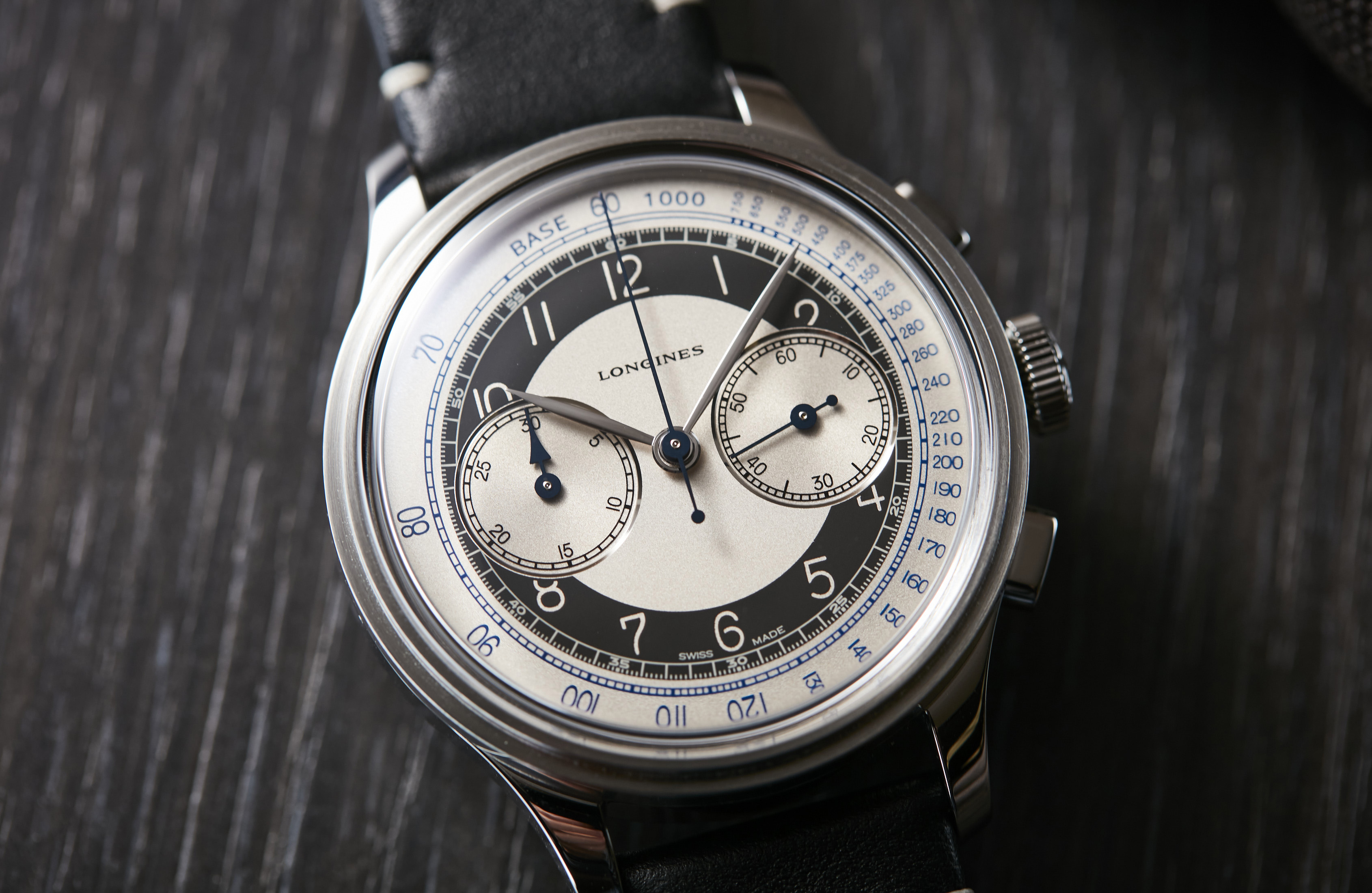 We’ll start with the stainless steel cases. For the three-hander Ref.L2.330.4.93.0 Classic Tuxedo, Longines has gone with an archetypally styled, highly versatile 38.5mm case that sits wonderfully on the wrist and cuts a lovely visage. Thanks to elongated, subtly curved lugs, the watch also wears slightly larger than you might expect, meaning it’s going to appear nigh on perfect on just about anyone’s wrist. The entire case features a highly polished finish through – not a single bit of brushwork in sight. This suits the character of the watch perfectly, and provides a real, tangible feeling of elegance. 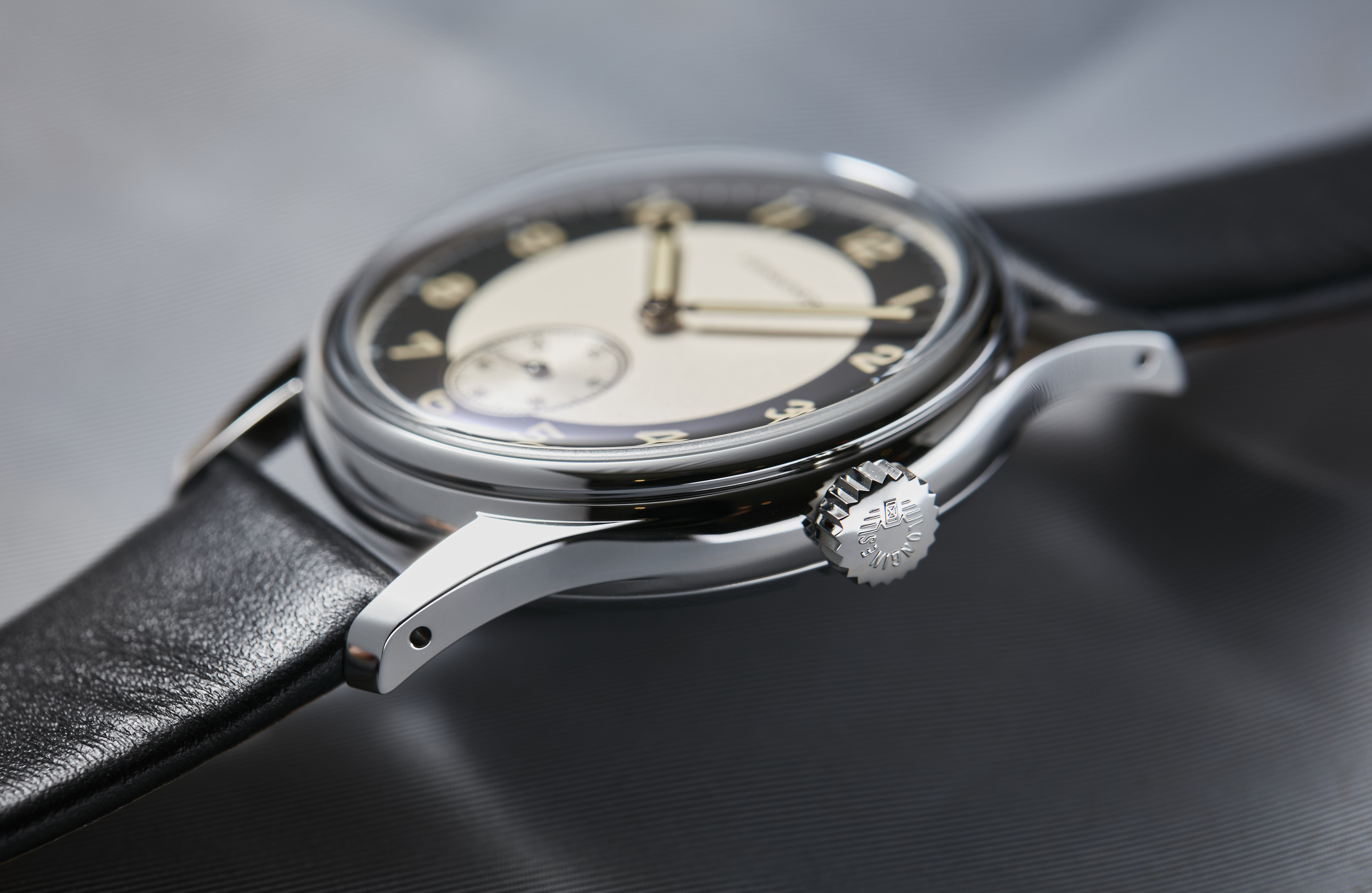 The Tuxedo chronograph Ref.L2.830.4.93.0 is larger than its less complicated sibling, but only slightly — measuring in at an equally crowd-pleasing 40mm. It’s also sporting a noticeably different overall design, with both shorter curved lugs and a stepped case that genuinely makes the watch look like it’s time-travelled straight from the 1940s. The stepped, top portion of the case is also concentrically brushed, which provides an arresting dichotomy when contrasted with the polished accents of the rest of the case. Both watches feature oversized, knurled crowns that suit the aesthetic no end, and the equally large, block-like pushers on the chrono look right at home too. The vintage cues continue with domed sapphire crystals with several layers of an anti-reflective coating sitting atop both watches, which sit proud of the cases, further enhancing the antiquated style. 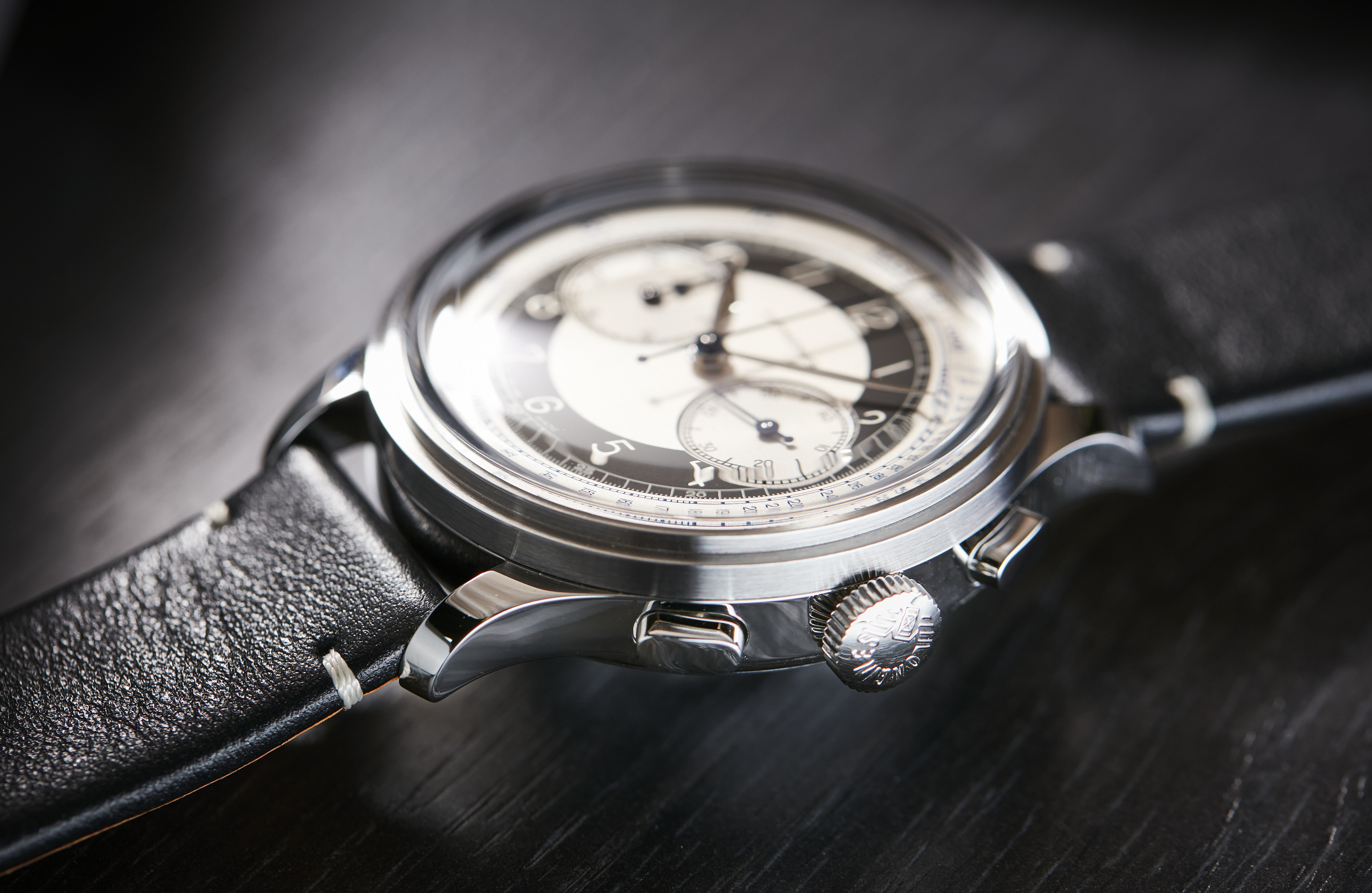 As far as dials go, the three-handed Classic Tuxedo is a show of proportionate brilliance, seamlessly blending Art Deco charm with real-world functionality and legibility. The thick black border surrounding the dial’s outer edge is lined with a subtle open white minute track and period-correct painted Arabic numerals with a fauxtina-style Swiss Super-LumiNova. Inside the black surrounds lies a silvery, granular disc that gently shimmers in direct sunlight, creating a soft glow that’s only accentuated by its black framing. The highly polished steel sword handset looks right at home, and is also filled with the same fauxtina-style Swiss Super-LumiNova as the numerals. Sitting at the six o’clock position is a diminutive small seconds display etched with a deep concentric pattern that offers a welcome layer of visual intrigue. 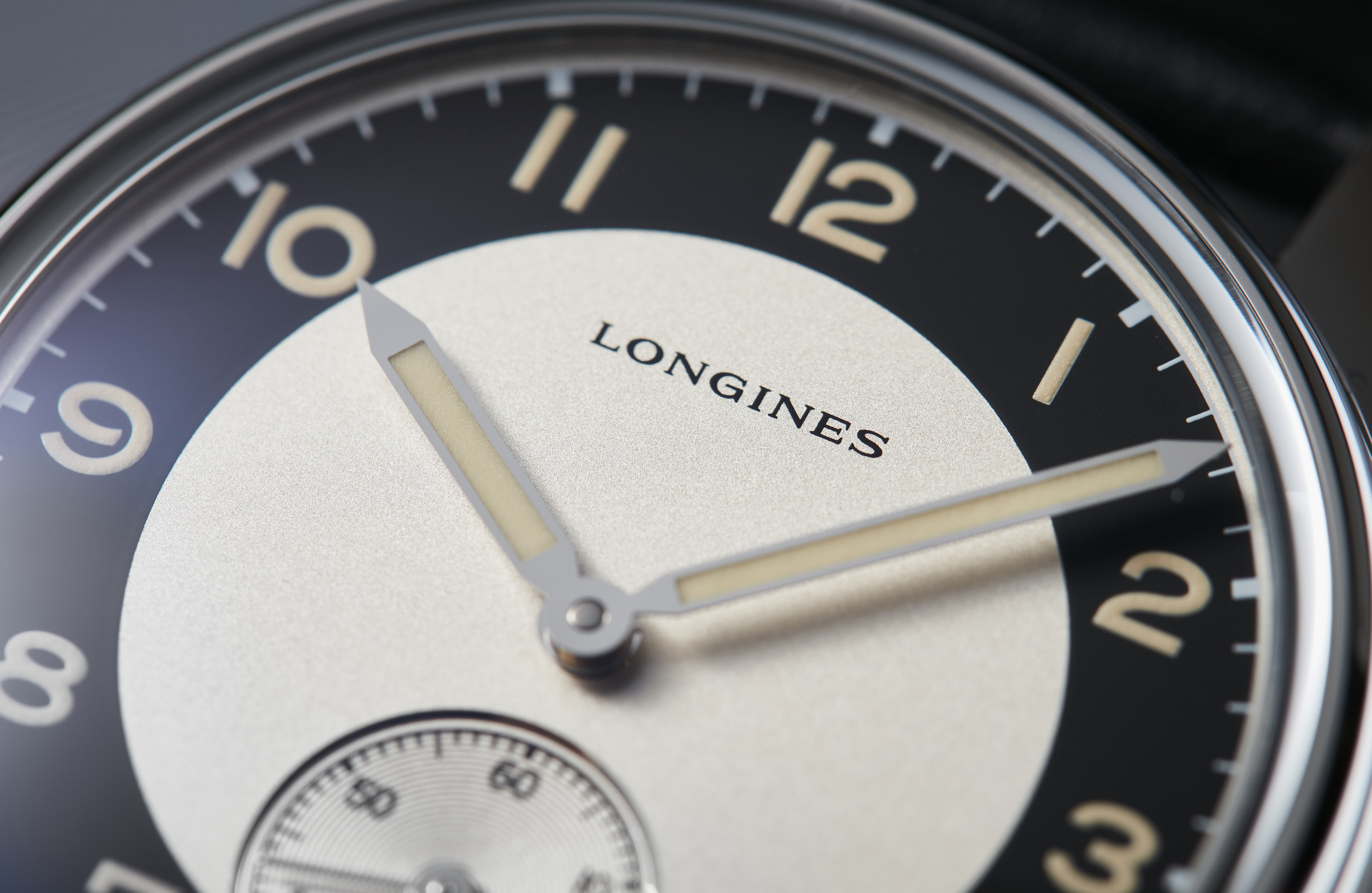 The dial of the chronograph is undeniably fussier, but that’s to be expected — it is … or rather, was, a tool watch. And just because there’s more going on, it doesn’t mean that the “penguin suit” chic still can’t work. On the contrary, it may add an extra layer of sophistication. The generous silvery border features a slim and ornate painted tachymeter scale in a dark blue that perfectly matches the blued steel hands of the two sub-dials and chrono seconds hand. Sticking with the bicompax display for a second, it’s another win for Longines. The two sub-dials, which display running seconds at the three o’clock position and a 30-minute totaliser at nine o’clock, gently recess into the dial’s base, and are bordered by a thin strip of polished stainless steel. Arabic numerals are painted in a creamy off-white colour onto an abundant black border that also features a contrasting cream white minute track. At a glance, this dial may seem overwhelming, but spend more than a few moments with this watch on your wrist and you quickly acclimatise to the considerable information on offer. 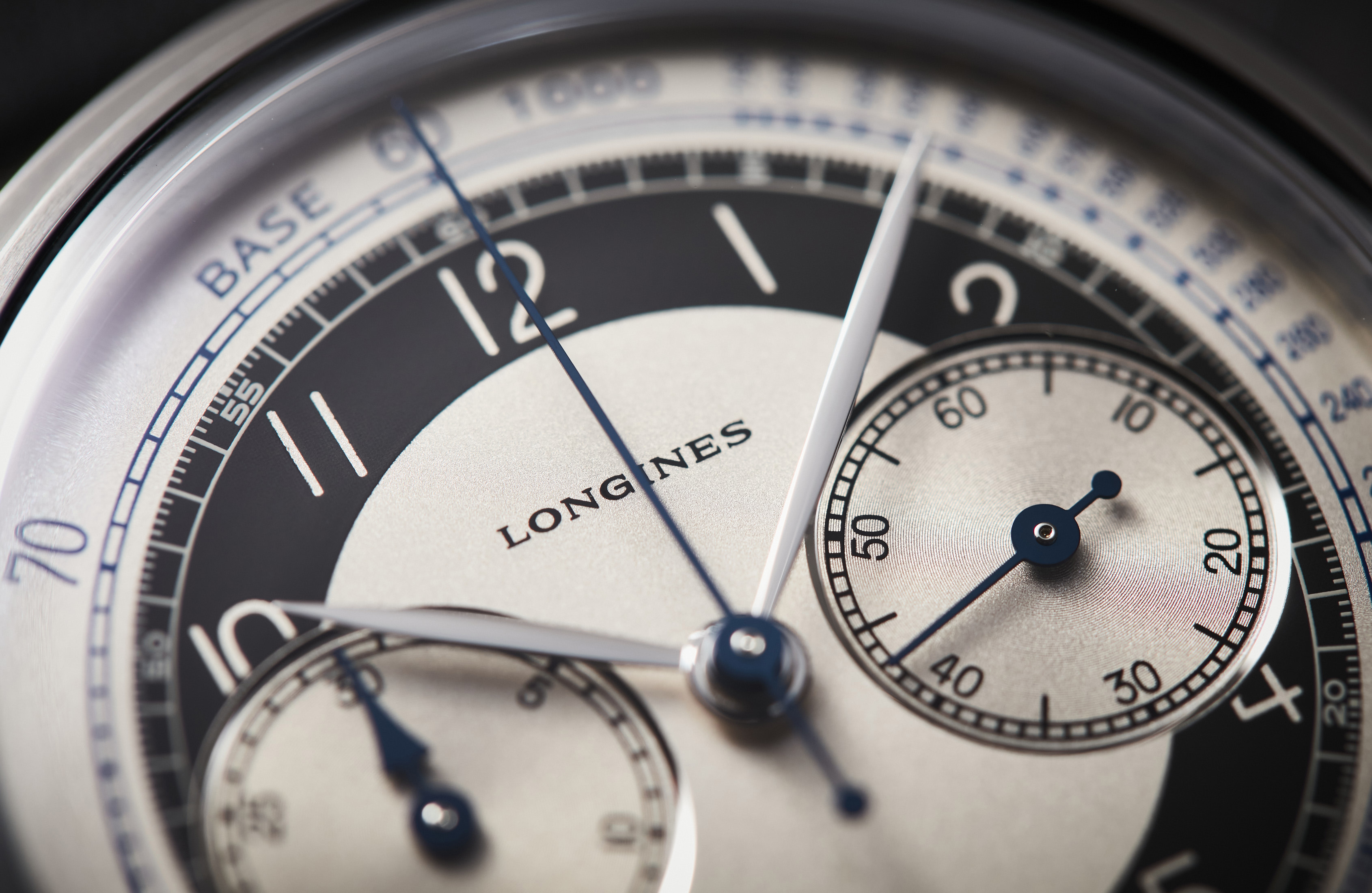 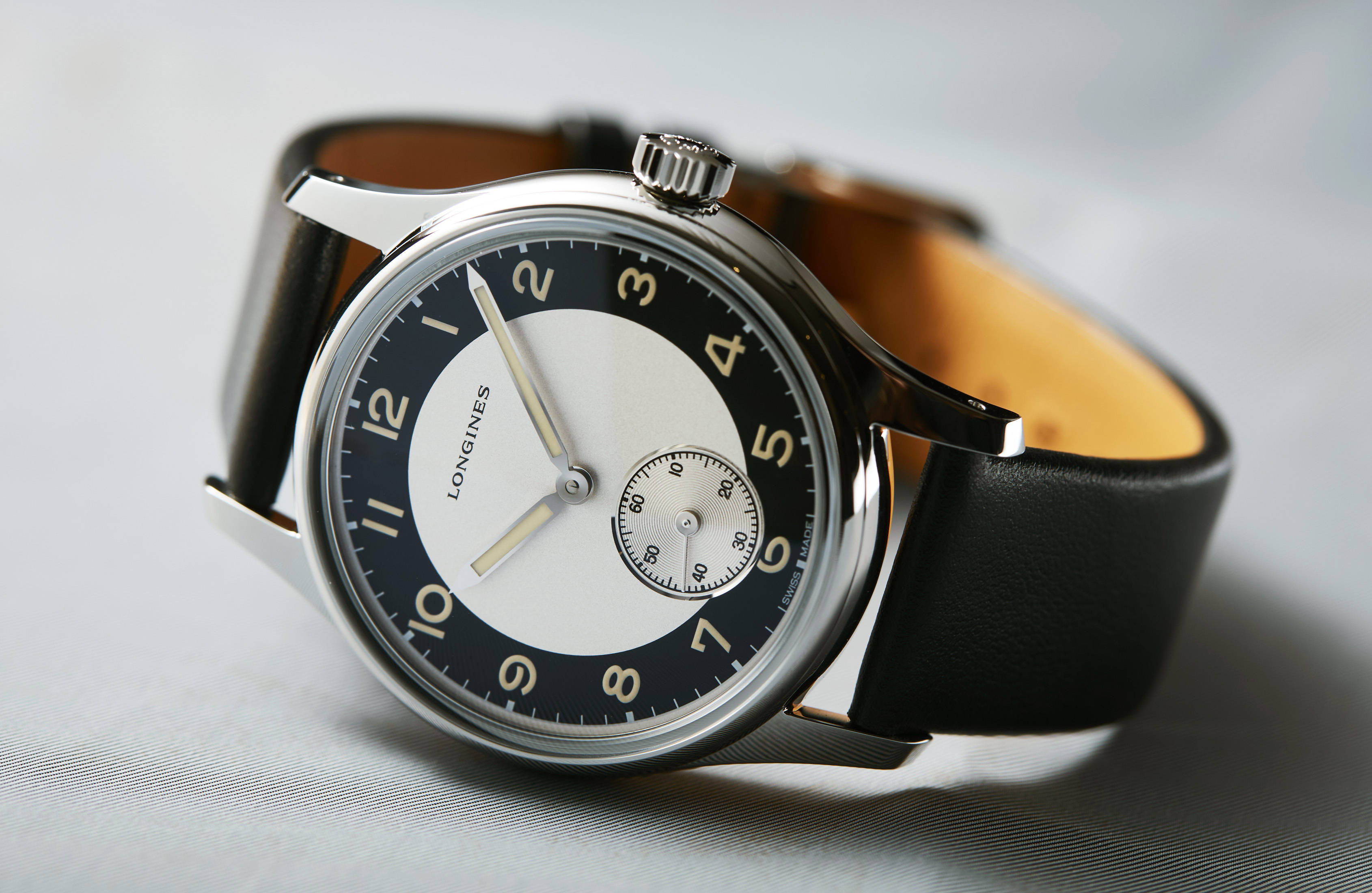 The only niggling issue I had during my time with both these watches was the black leather straps that they came equipped with. They lacked the charm offensive of the rest of the package, being perhaps a little plain. And it would’ve been nice to see a steel deployant clasp attached to the leather, rather than a dainty pin buckle. The contrast stitching on the chronograph is a step in the right direction. Strap hacking on both will be a joy for prospective buyers. 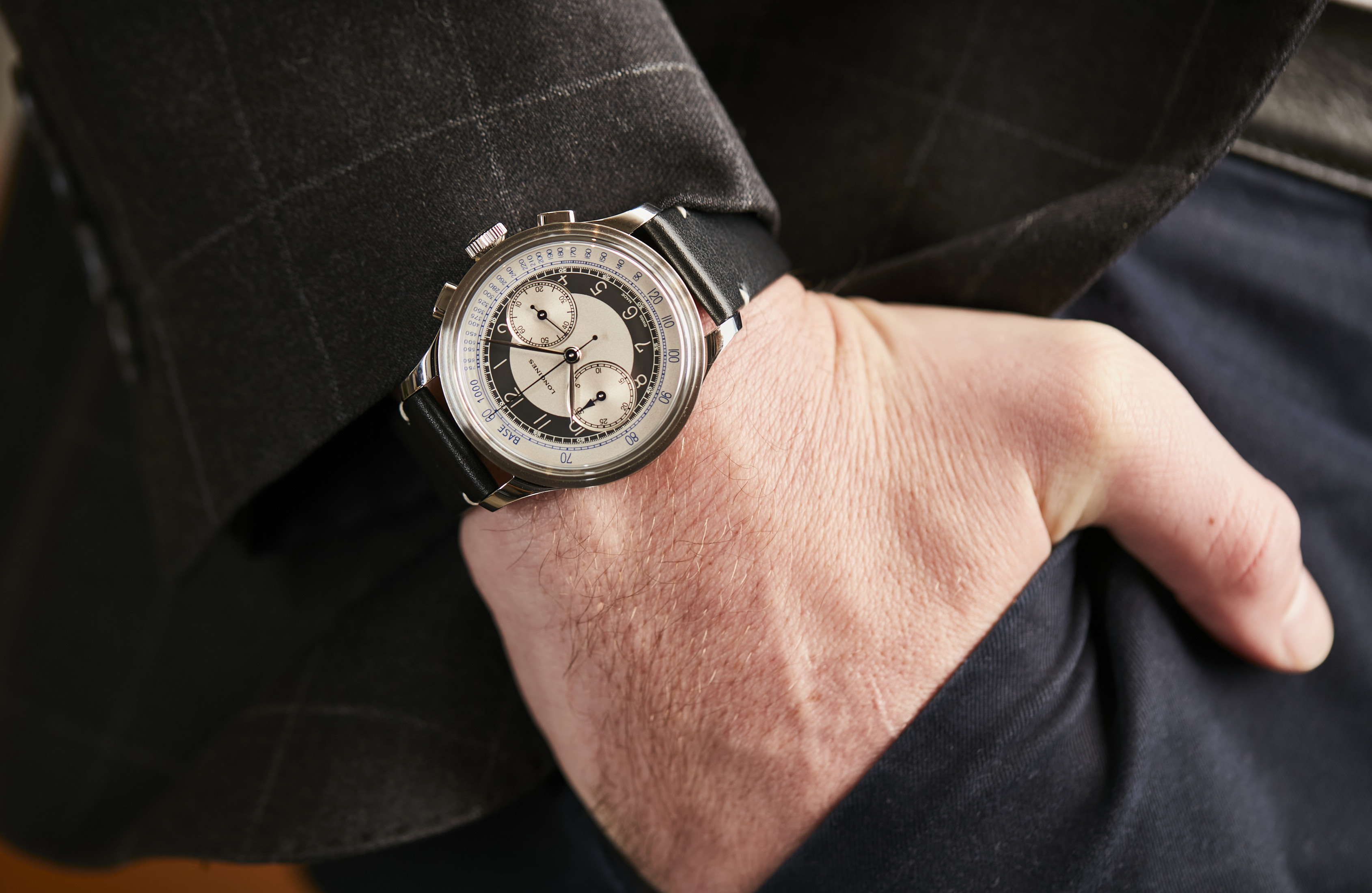 That slight gripe shouldn’t detract anyone from the Classic Tuxedo or Tuxedo Chronograph, however – they’re both brilliant watches and welcome additions to the ever-growing Heritage collection. And with recommended retail prices of $2950 AUD for the three-hander Ref.L2.330.4.93.0 and $4425 AUD for the chrono Ref.L2.830.4.93.0, they once again prove that Longines offer an unparalleled value-for-money proposition in Swiss watchmaking right now. So, if you revel in the Art Deco era, or just want an attractive, reliable, opulent wristwatch that won’t obliterate your back pocket, look no further Leo. 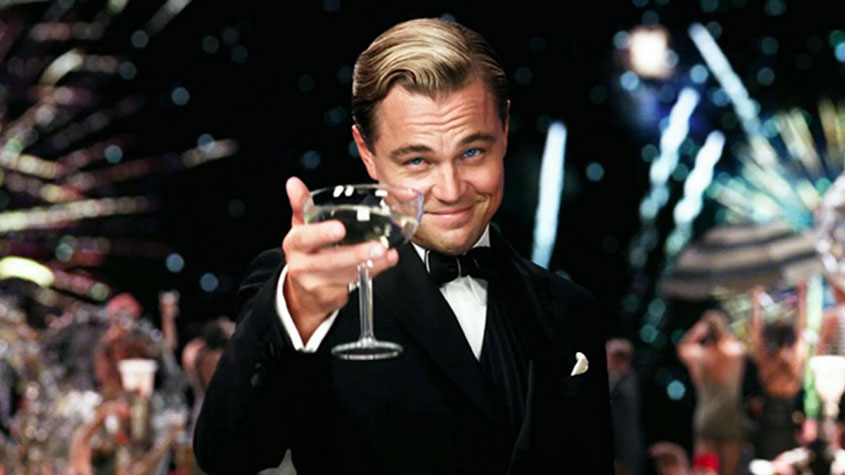