There’s a scene in the fifth series of Breaking Bad where Walter White, the high school chemistry teacher turned meth kingpin, is forced to roll a barrel full of money through the desert. Zooming in from a wide shot of the merciless landscape, the camera finds White bent double and panting with exertion. As he continues to wind his way through the arid terrain, he passes a pair of khaki pants lying crumpled in the dust. 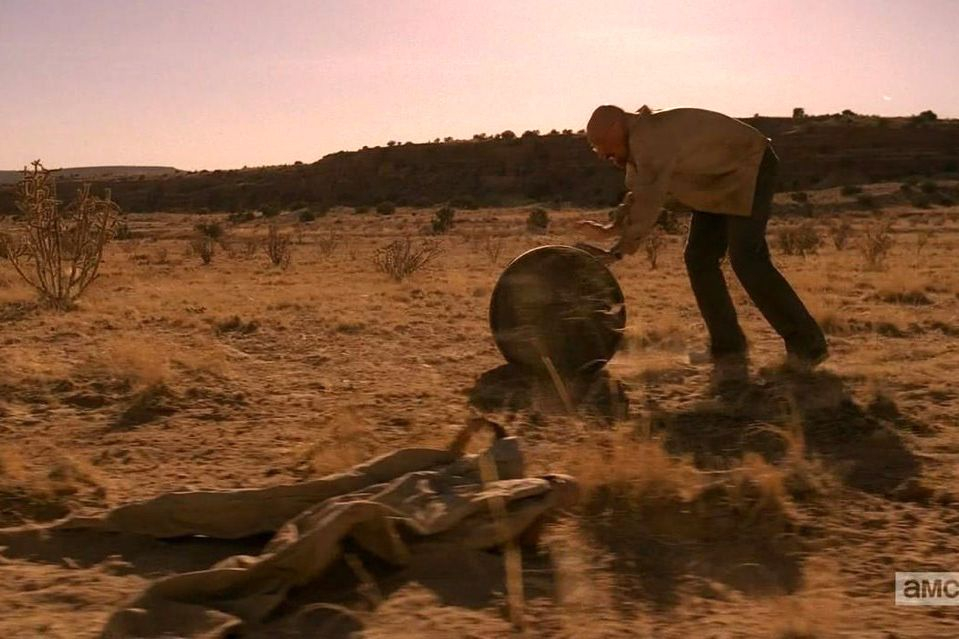 It’s a blink-and-you-miss-it moment, but those pants weren’t dumped there coincidentally. It was subsequently confirmed by the show that they were, in fact, the same trousers that flew off White’s RV van during the pilot episode of Breaking Bad some 59 episodes before.

This example of eagle-eyed continuity highlights the almost pathological attention to detail of the show’s creator, Vince Gilligan. “I obsess a great deal more than I should over those details,” Gilligan admitted to GQ. “I sweat the small stuff.”

In Gilligan’s creative universe, everything is meticulously plotted to the nth degree and apparently random objects are chockful of subliminal messages. What then can we glean from Walter White’s wristwatch that receives considerable attention during the final series? 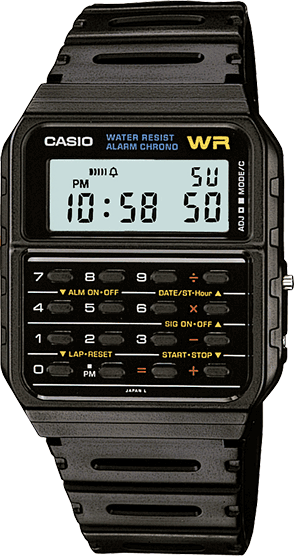 Initially in the show, Walter wears a humble Casio CA-53W. It’s an unremarkable calculator watch from the 1980s and its drab functionality suits Walter’s role as a defeated character whose shoulders look permanently slumped. There’s a reason for this subdued demeanour even before the cancer diagnosis that prompts an abrupt professional change. White, we learn, is forced to eke out a modest lifestyle as a teacher, having missed out on a fortune by prematurely selling his share in a technology firm he co-founded, shortly before it hit the big time. 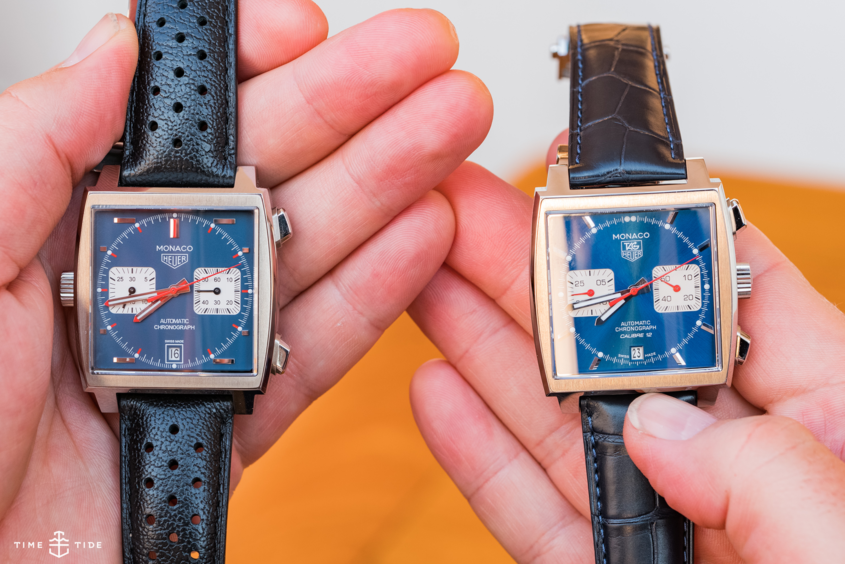 By the fifth series, however, Walter has become a ruthless drug lord who’s schemed and murdered his way to the top of a criminal empire and amassed a fortune of some $80 million. On his 51st birthday, he’s handed a present by his tortured protégée, Jesse Pinkman. It’s a TAG Heuer Monaco Calibre 12 ref. CAW2111.FC6183.

At first glance, this seems like a slightly racy choice for Walter. TAG Heuer’s iconic square chronograph is, after all, a bold and eye-catching timepiece with one of the most distinctive designs in 20th Century watchmaking. But Walter is clearly tiring of his suburban-dad persona.

In the same episode, Walt’s mechanic has just finished repairing his battered Pontiac Aztek SUV (a car depressing enough to turn anyone to crystal meth). The Pontiac is ready to drive away but, on a whim, Walt decides he doesn’t want it any more. The family wagon no longer fits with his Heisenberg persona, so he sells it on the spot to the mechanic for $50. Instead, he buys a brand-new car – a Chrysler 300 SRT8, a bad-ass saloon with 470 torques.

By including both of these upgrades in the same episode, the significance is unmissable. In conjunction with the blacked-out car, the Monaco reflects Walter’s personal corruption as he abandons safety-first discretion for the trophies more befitting his criminal status. The birthday episode closes with a close-up of the ticking watch on Walt’s bedside table. It feels like an ominous countdown to the horrors that will shortly unfold. 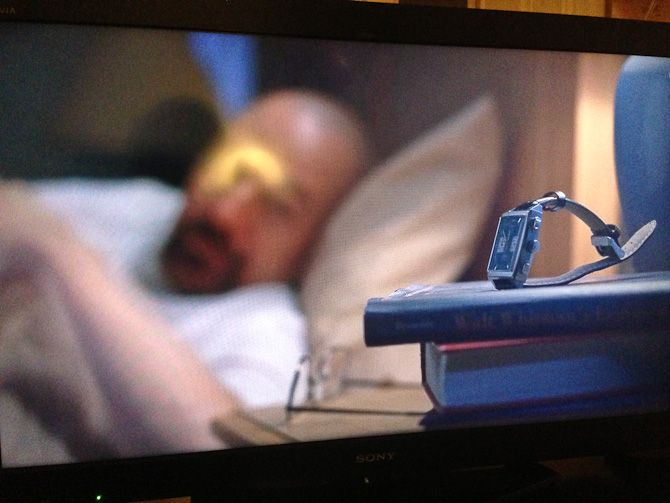 The Monaco is also on-point for Walt in another key respect. Breaking Bad’s anti-hero thrives in the underworld due to the nature of his personality. Walt isn’t some hot-headed gangster but a calculating operator with the strategic nous to out-think his enemies. A chronograph shares a similarly exacting nature with its ability to break time down into its smallest increments. It’s a good fit for this Machiavellian tactician who plots his every move with cold-blooded precision.

In fact, the Monaco’s chronograph functions are soon called into service in gruesome fashion. In the show’s 54th episode, Walter coordinates a wildly ambitious synchronised murder spree across multiple prisons. Contriving to eliminate an entire gang of potential witnesses with brutal efficiency, he uses a white supremacist contact with ties to several chapters of the Aryan Brotherhood to carry out the killings. Where things get complicated is these multiple executions must be carried out within the space of two minutes to ensure that everyone is dead before the authorities clock what’s going on. From his living room, Walter calmly times the jailhouse massacre on the sub-dials of his watch.

Once again we get a point-blank close-up of the Monaco’s crimson second hand as it skitters forward around the perimeter of the royal blue dial. By the time Walter hits the chronograph pusher again after two minutes have elapsed, 10 men lie dead. (Don’t watch the video below if you’re feeling remotely squeamish.)

From a visual perspective, two things stand out about the Monaco. One is the sharp angularity of the trademark square case, the other is the bold colours that nod to the watch’s racing heritage. Colours are always rich with symbolism for Gilligan. “At the beginning of every series we would have a meeting in which I would discuss with the production designer and the costume designer about the specific palettes we would use for any given character throughout the course of the year,” the director said.

Perhaps not surprisingly given the surnames of the two main characters are White and Pinkman, reams and reams of analysis have been dedicated to colour theory in Breaking Bad. Critics have even mapped out the character development of the cast according to the colour-coded nature of their outfits. 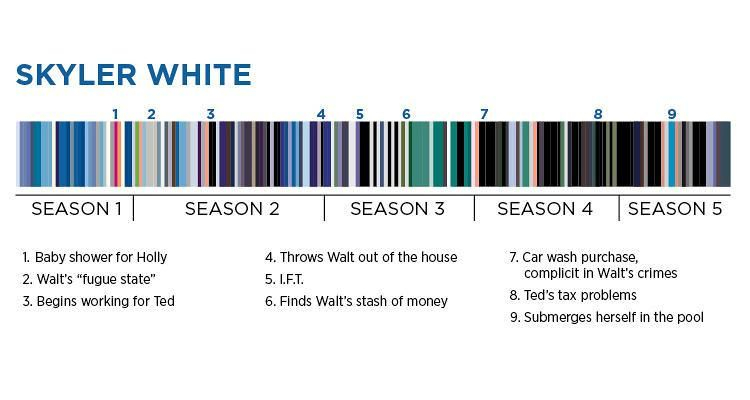 The dial of Walt’s Monaco is blue, the colour that represents two opposing forces in his life. On the one hand, blue is associated with domestic security, innocence and his wife Skyler. She predominantly wears the colour at the beginning of the show, before edging into increasingly darker hues as she’s pulled into her husband’s criminal orbit. Yet blue is also the colour of Walt’s incredibly potent meth that serves as the springboard for his criminal career.

Red, on the other hand, is less ambiguous. It’s a sinister colour in Breaking Bad that’s continually associated with danger, aggression and violence. In the prison murder scene, for example, every tick of the Monaco’s second-hand edges another unfortunate victim closer to his doom. 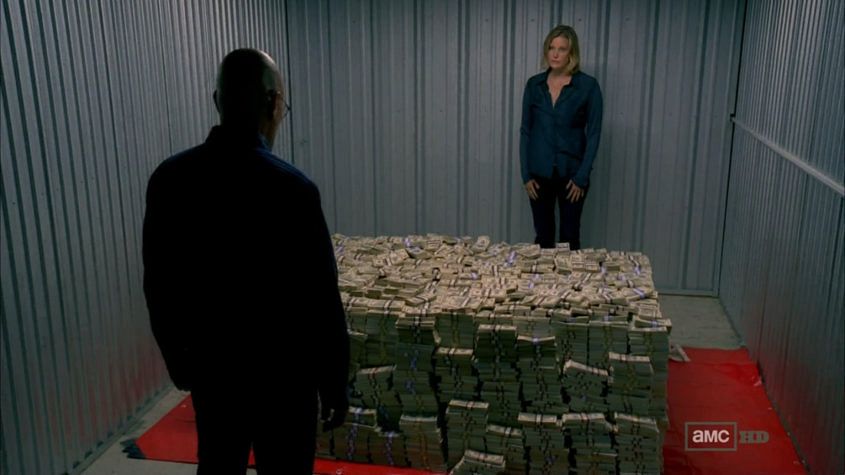 By combining blue and red, the Monaco’s dial encapsulates the irreconcilable tensions in Walter White’s increasingly complicated life. If a watch is indeed a material expression of a man’s personality, then the TAG Heuer Monaco is an eerily accurate pick. When it comes to his wristwear, White has been nailed fair and square.