The idea of a ‘birth year’ watch is nothing new, though after a recent discussion I came to realise that it poses an interesting question. For the older ‘Gen X’ crowd in the room there’s no shortage of vintage hotness to pull from, through the ’60s and ’70s, but once you start creeping into the millennial years, finding a birth year watch that (for lack of a better term) doesn’t suck is an interesting proposition. The ’80s and ’90s weren’t exactly the best years for high design in watchmaking, and there’s a lot of stuff out there that already looks pretty dated and gaudy. This predicament begged for a deeper dive. Could we find suitable birth year watches for all of our fellow millennials and the new ‘Gen Z’? Only one way to find out. Obviously, these two generations take up a lot of years, so we’ve narrowed the field to six, focusing on milestone birthdays between the far cusp of millennial status — 1983 (35 years old), to 2005 (13 years old). 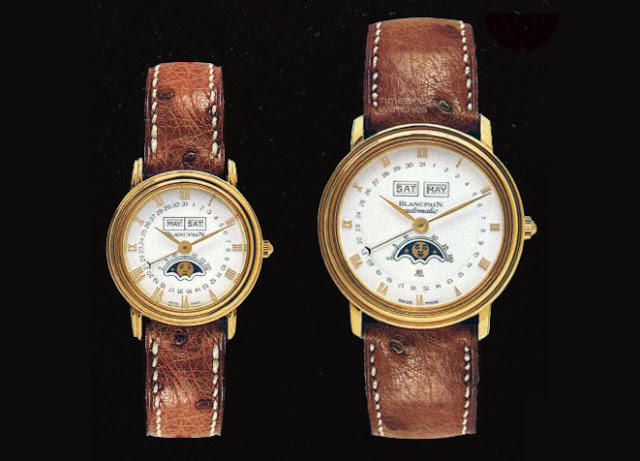 In the early ’80s, Blancpain was in a tough place, leading to the brand’s acquisition by Jacques Piguet and none other than the notorious Jean-Claude Biver of Hublot/LVMH fame. At the time the duo saw a market niche for maintaining the art of mechanical high watchmaking, quickly adopting the tag line for the brand of: ‘Since 1735 there has never been a quartz Blancpain watch, and there never will be.’ The same year as the acquisition, in 1983, Blancpain launched the Complete Calendar, using the calibre 6395 — a mechanical movement that briefly held the title as the smallest mechanical movement displaying a triple calendar and moonphase. Though definitely on the dressy end of the spectrum, this ’80s baby would make a fine addition to any collection.

The year: 1988
The milestone: 30th birthday
The watch: Seiko AGS 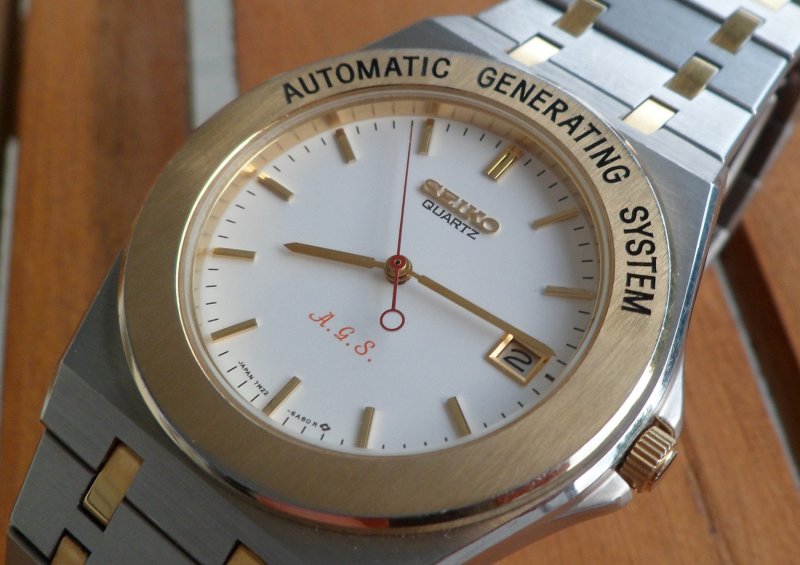 Another milestone watch of sorts from Seiko, and one that’s a fair bit more approachable than the aforementioned Blancpain, the Seiko AGS — standing for Automatic Generating System — marked the birth of what is now known as Seiko Kinetic. The idea behind the calibre was simple, effectively taking the principle behind a dynamo generator used on a bicycle light, and scaling it down. Using the same winding rotor found in Seiko’s automatic movements, the drive from this rotor powered a minuscule power generation system that charged a capacitor, providing the requisite power for the quartz-based caliber to display the time. All told, the project took five years from development until its launch in 1988, and it wasn’t until 1997 when Seiko opted to make the name switch from AGS to Kinetic. There are quite a few variations of this watch out there, ranging from the initial round-edged two-tone model with integrated bracelet, to another whose design inspiration clearly draws ‘influence’ from the famed AP Royal Oak. 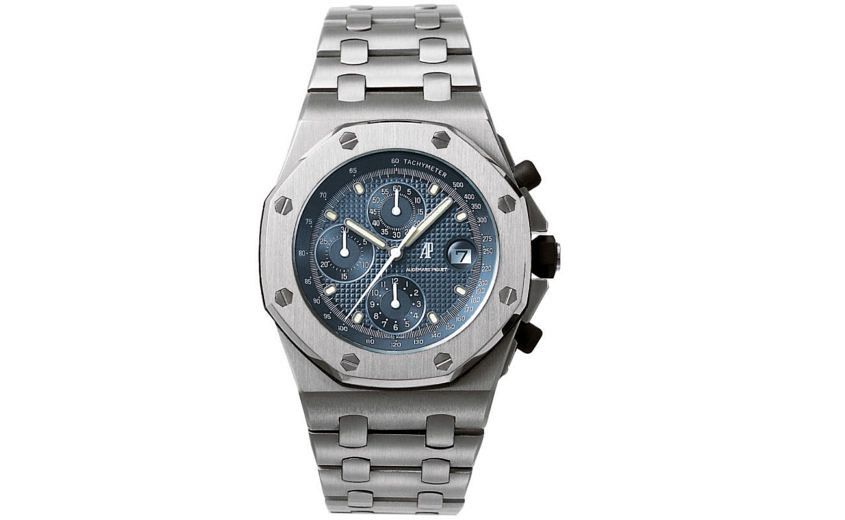 The Royal Oak Offshore has had a tumultuous life to say the least. Openly (and loudly) denounced by Gérald Genta himself in Baselworld when the watch was first unveiled, its hefty 42mm case and integrated bracelet were nothing if not ahead of their time. While the case size seems quite standard now — though case sizes are once again on the decline — the Offshore was an odd duck in its day. Over the years, it has grown a remarkable following from those with an appreciation for the design and build quality of AP, coupled with a penchant for more casual or sporting timepieces. Yes, many models now pander to that new-wealth flash lifestyle; however, the original reference 25721ST is miles more understated and worthy of coveting — should your wrists be able to take the heft. 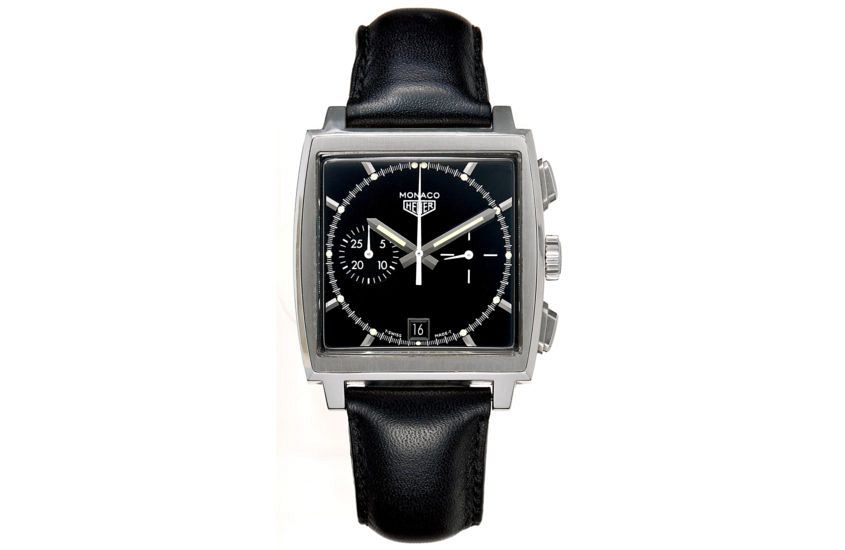 In 2018 we’re still talking about re-editions and vintage-inspired design, but TAG Heuer has been onto this trend for longer than most. Starting in 1997, the brand launched both a re-edition Carrera and a re-edition Monaco, limited to 5000 pieces. In hindsight, other than the classic McQueen Monaco in blue that’s been revisited repeatedly, this stark black dial with two subdials is one of the more sleek ‘modern’ Monaco watches out there. There’s something particularly charming about its simple subdials and lack of dial text that gives it a remarkably timeless aesthetic — especially considering how dated everything else in the TAG catalog of the same year looks. If I were a ’97 baby, this would absolutely be on my radar. For that matter, to hell with birth year restrictions … this thing is right up my alley. 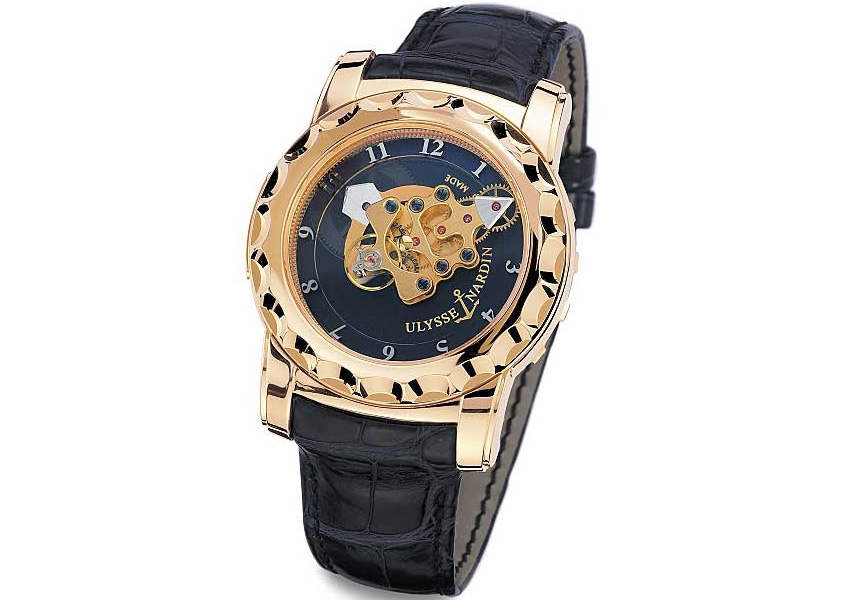 Generally, a 17-year-old is a bit of a freak, so this watch just makes sense. The Ulysse Nardin Freak was a weird bird to say the least, but it also paved the way for so much innovation at Ulysse Nardin that continues to drive ahead to this day. The Freak is the first watch from the brand using silicon in its unique dual escapement, conceived by Ludwig Oechslin, and this escapement is actually incorporated into the time indication as it rotates around the dial indicating the current minutes. While the Freak has been toned down and refined over the years, especially in the case of the (some would say) understated Freak Vision that launched earlier this year at SIHH, the OG Freak speaks to its era of birth, where things were still large, loud, and unapologetic. 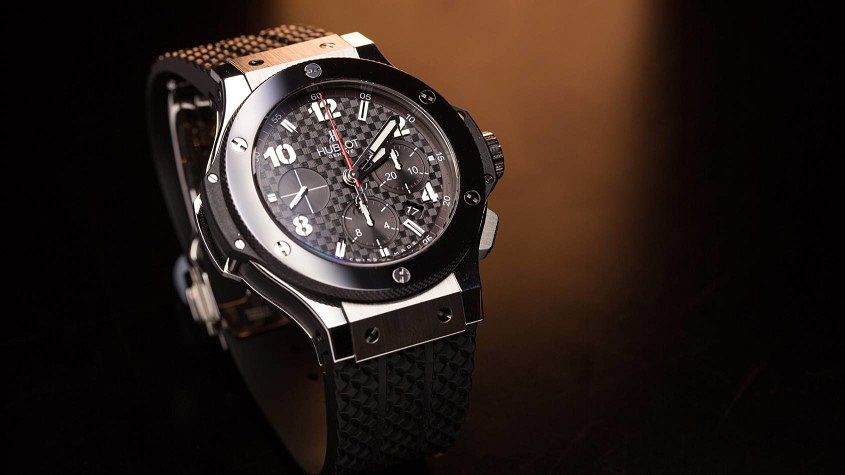 Effectively the watch that pushed Hublot over the edge as a ‘mainstream’ luxury watch brand, the Big Bang hit the market as a big, brash chronograph in 2005, and has since spawned innumerable iterations over the past 13 years. Much like the Blancpain we featured above, the Big Bang collection was once again the brainchild of Jean-Claude Biver. Its design took cues from the original Hublot with its placement of screws on the bezel and hooded lugs, all while adding some heft and a slightly more industrialised aesthetic to its case when compared to past models. What’s most interesting is the manner in which Biver set out to build the new model. Rather than ordering parts through the brand to build the prototypes, he did so under his own name, and between his start at the brand in 2004 and the launch of the Big Bang at Baselworld in 2005, this was actually fuelling rumours that Mr Biver was starting a watch brand of his own. As with many Hublot’s, it’s a polarising choice , but we suspect it’s a solid choice for many 13-year-olds.