Last week’s Celebrity Watch Death Match pushed it to the limit, as John Mayer and Ed Sheeran, according to you guys, ended in a white-knuckle draw. I called it 3-1 for Mayer, but you begged to differ. We had ourselves a 2-2 deadlock. So we were forced to clarify the rules. What happens when it’s a hung jury? In this case, given the depths of both gents’ collections, the answer was simple. We go deeper into their catalogue, find some contenders and get the show back on the road for round two. 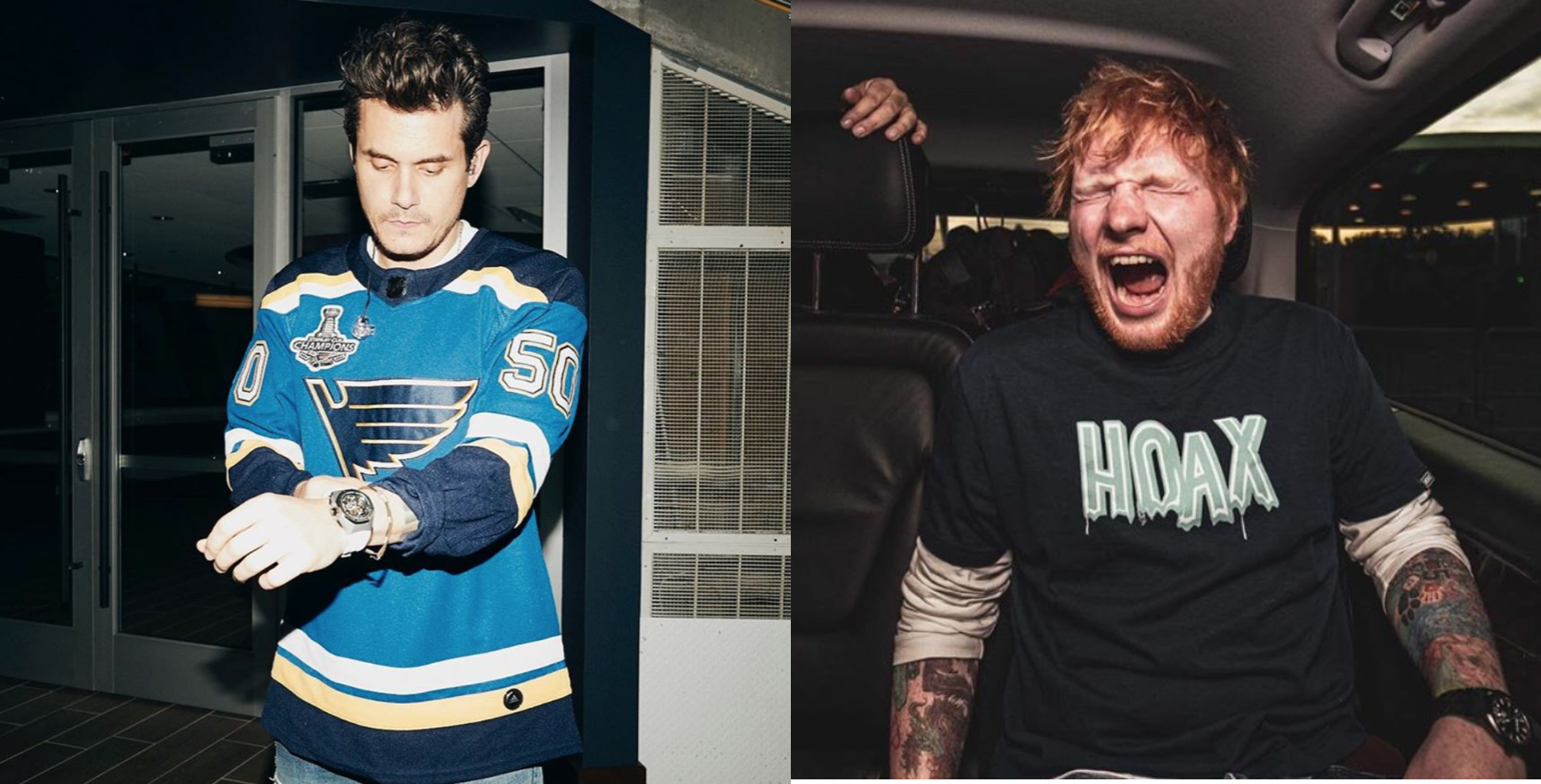 So buckle up, because we’re hurling the watches of these two titans of folk and pop rock back into the amphitheatre of mayhem, and only one will emerge victorious. There are three new categories, so as to ensure there will be no pesky deadlocks … let the onslaught begin.

“One of the coolest dials I’ve ever seen” … that’s what Mayer said about his IWC Aquatimer Jacques Cousteau in the first-ever episode of Talking Watches. Now, while Mayer is probably a touch biased with that superlative statement, there’s no denying that the dial of this watch is mesmerising. And it’s also one of the few watches in Mayer’s assortment of timepieces that isn’t worth more than a McLaren 600LT. 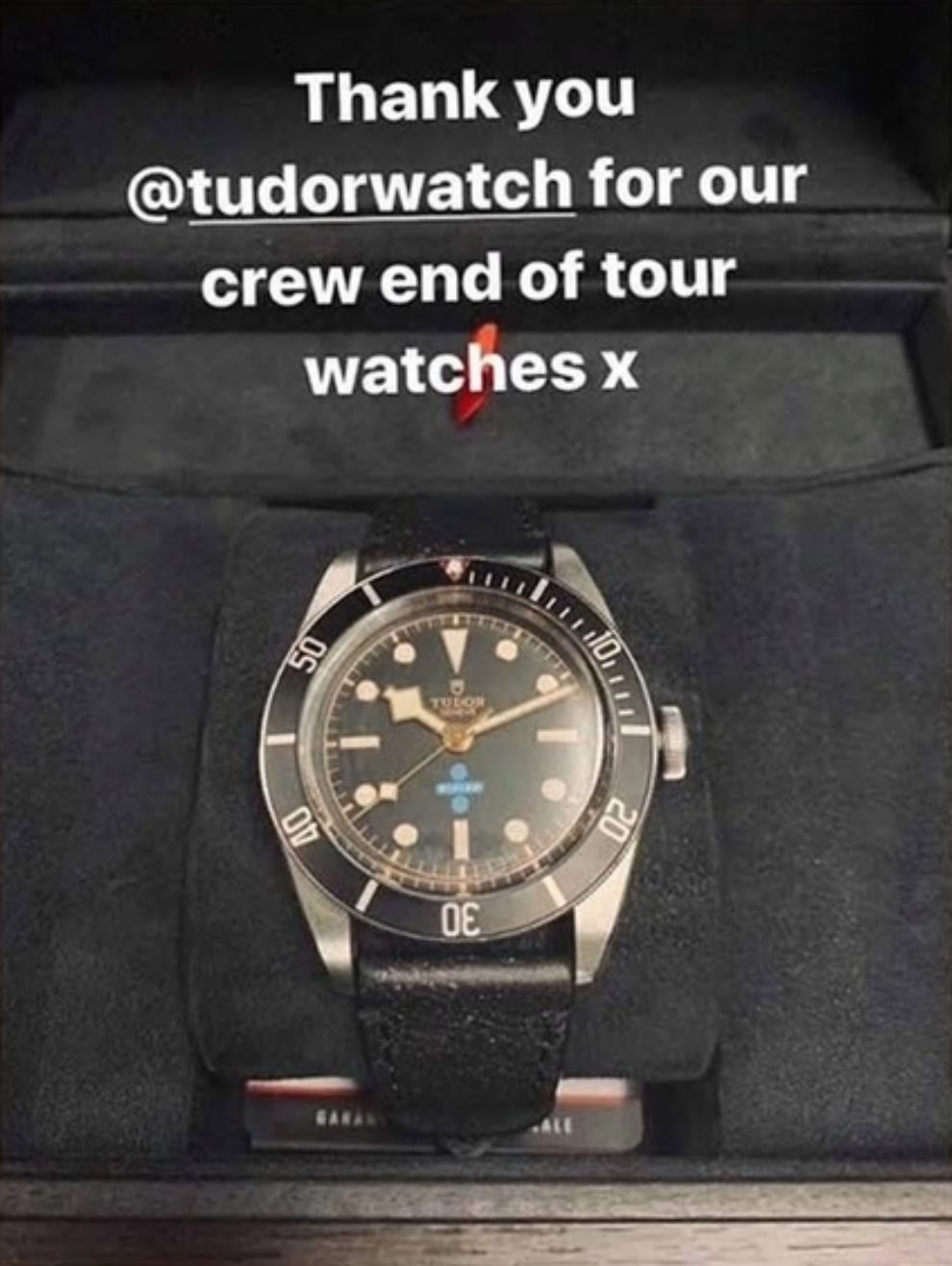 Oh sh*t, talk about a smackdown … I’m sorry Mr Mayer, the IWC is neat and all, but there’s no competing with a custom factory-signed dial Tudor Black Bay. Made to celebrate the wrap of his two-year “Divide” world tour, Sheeran commissioned these uber-rare watches for the tour’s entire crew. As the Brit explained when writing for Hodinkee, “I had a custom-engraved Tudor Black Bay made for every single one of my touring crew on the tour for the last gig – and it is currently my everyday watch while off tour. There’s about 80 in existence, which I think is quite cool.” Yes, Mr Sheeran, it’s very effing cool. 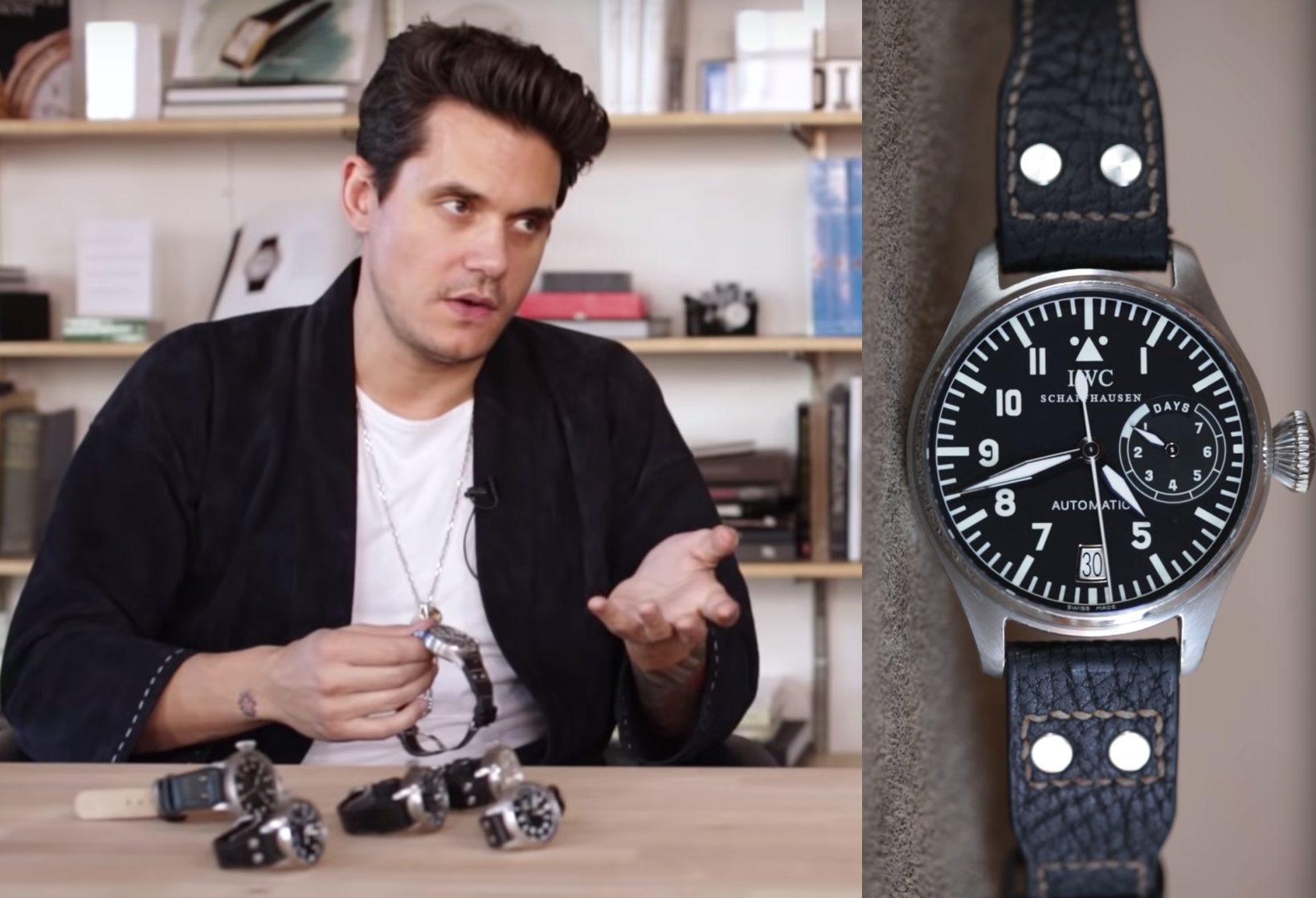 Mayer’s affinity for IWC’s flagship pilot’s watch is well documented … the man does love a plus-size onion crown. And while he’s got a score of different Big Pilots in his collection, the Ref.5002 that he bought way back in 2002 in Vegas has got to be his best one. In fact, Mayer has credited this watch with solidifying his love affair with timepieces, and has even gone so far as to say, “… this (the Ref.5002) is sort of the flagship in my entire collection, as the watch that has the most sentimental value.” 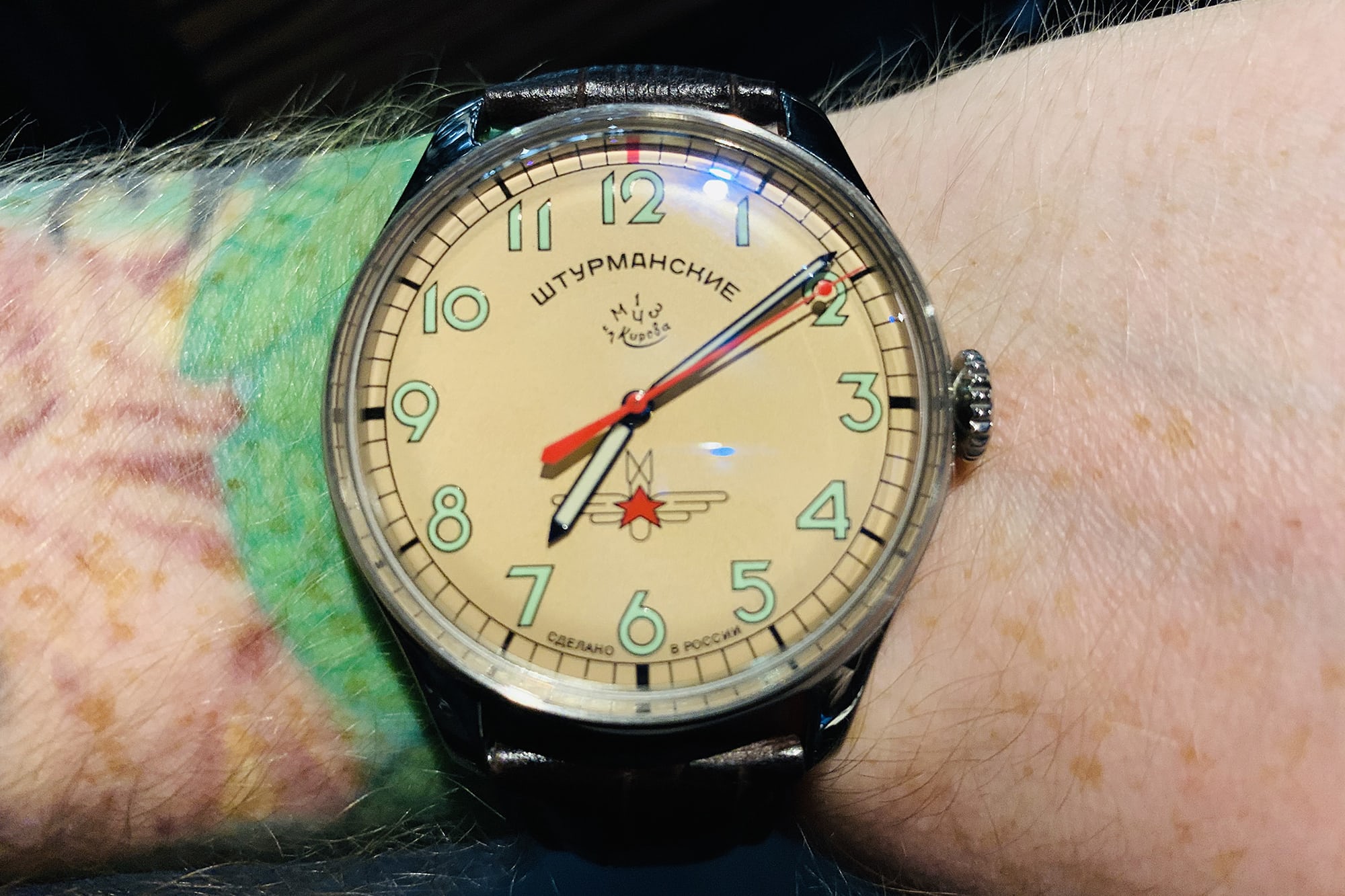 Now this is an oddball of a watch. Unless you’re well versed in horology and its affiliation with space travel, chances are you’ve never heard of the Sturmanskie Gagarin. Cred where cred is due to Sheeran, though, this is an important watch – it’s the first timepiece ever worn in space. That’s right, it wasn’t the Omega Speedmaster, but rather this eccentric Soviet watch, which was worn by Russian pilot and astronaut Yuri Gagarin during his April 12, 1961 expedition into space aboard the Vostok 1. 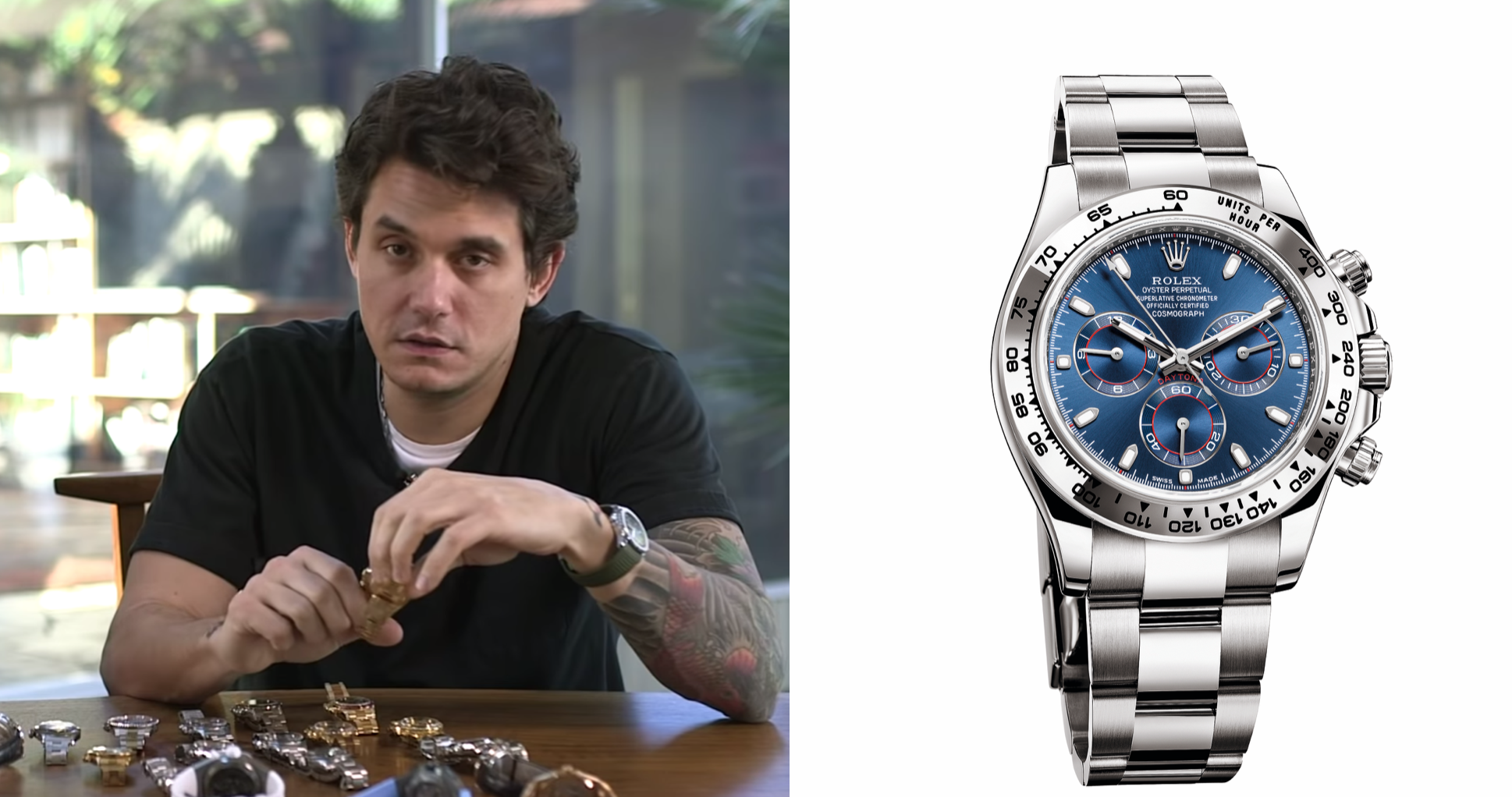 Famously referred to as a “Sleeper Hit” by Mayer himself in his second appearance on Hodinkee’s Talking Watches, this solid 18k white gold warrior is easily one of the best iterations of the moniker currently on sale. The radial sunburst blue dial, contrasted with splashes of red, is a knockout combo. It’s little wonder that Mayer’s got one … his personal collection of the iconic chrono is a weapons-grade wonderland. Sheeran is going to need some serious firepower to counter this 18k thump. 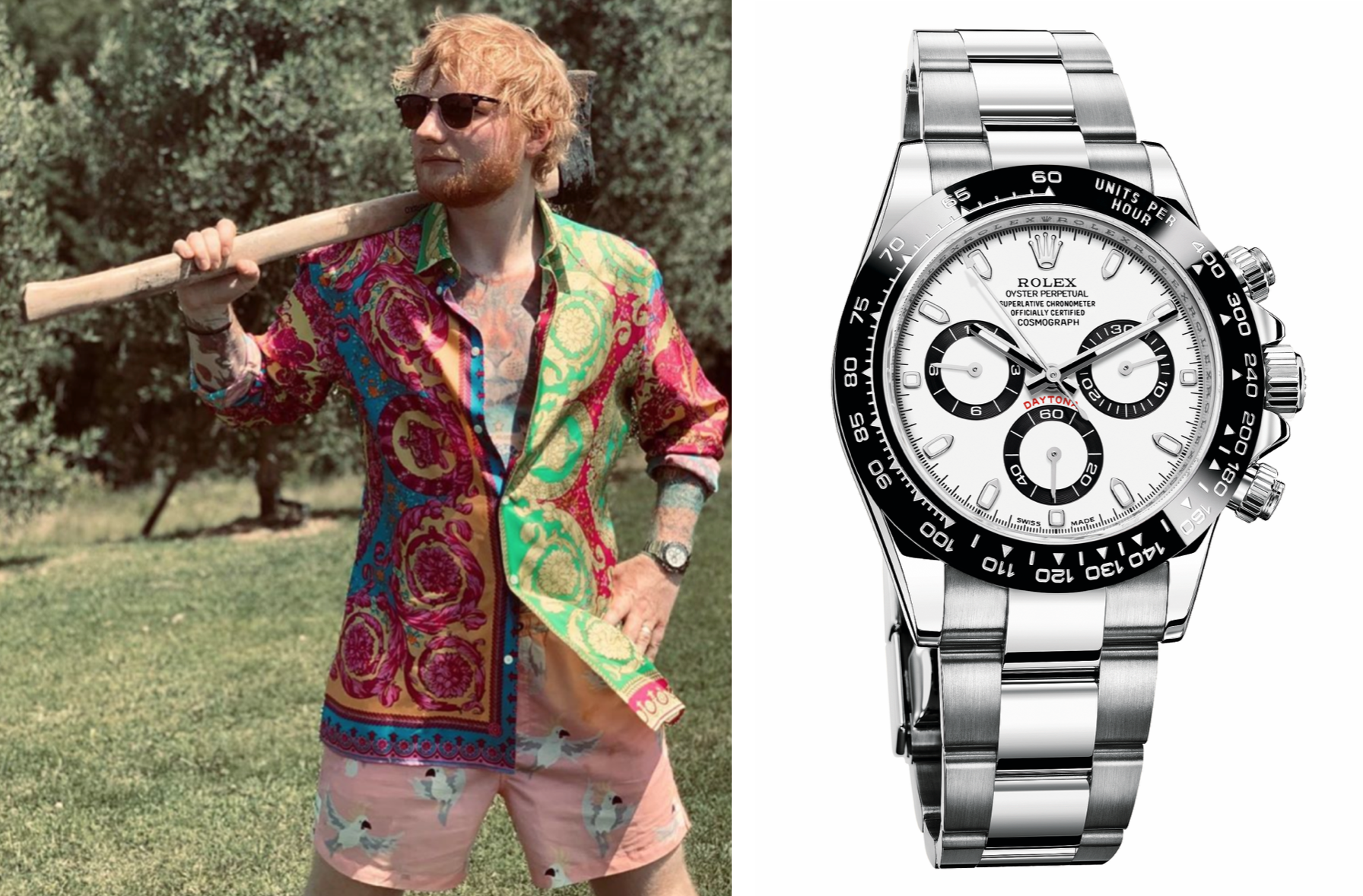 I bet you guys didn’t see this one coming. Released at the same time as Mayer’s precious metal pulveriser, the Cerachrom-clad “Panda Daytona” is, unquestionably, the most desirable stainless steel professional model on the planet right now. In fact, a quick peruse of Chrono24 and other online resellers quickly shows that the 116500LN, which retails for $18,500 AUD, realistically commands a price tag of more than double that … although I’m pretty confident Sheeran got his at RRP.

So there we have it, a definitive victory for Mayer, scoring two out of the three rounds. Do you agree? You’ll have your chance to vote on all of these watches on Instagram soon, so keep an eye out. And get ready for next week’s Celebrity Watch Death Match … it’s another big one.