We’ve tallied up the results from last week’s CELEBRITY WATCH DEATH MATCH: John Mayer Vs. Ed Sheeran … there’s been an upset, and it’s a big one.

I declared the bout, which was mostly a Patek vs Patek punch-up, a win for the longer in the tooth collector that is John Mayer. I marked him up the winner of three out of the four rounds, with Sheeran scoring just the one W. 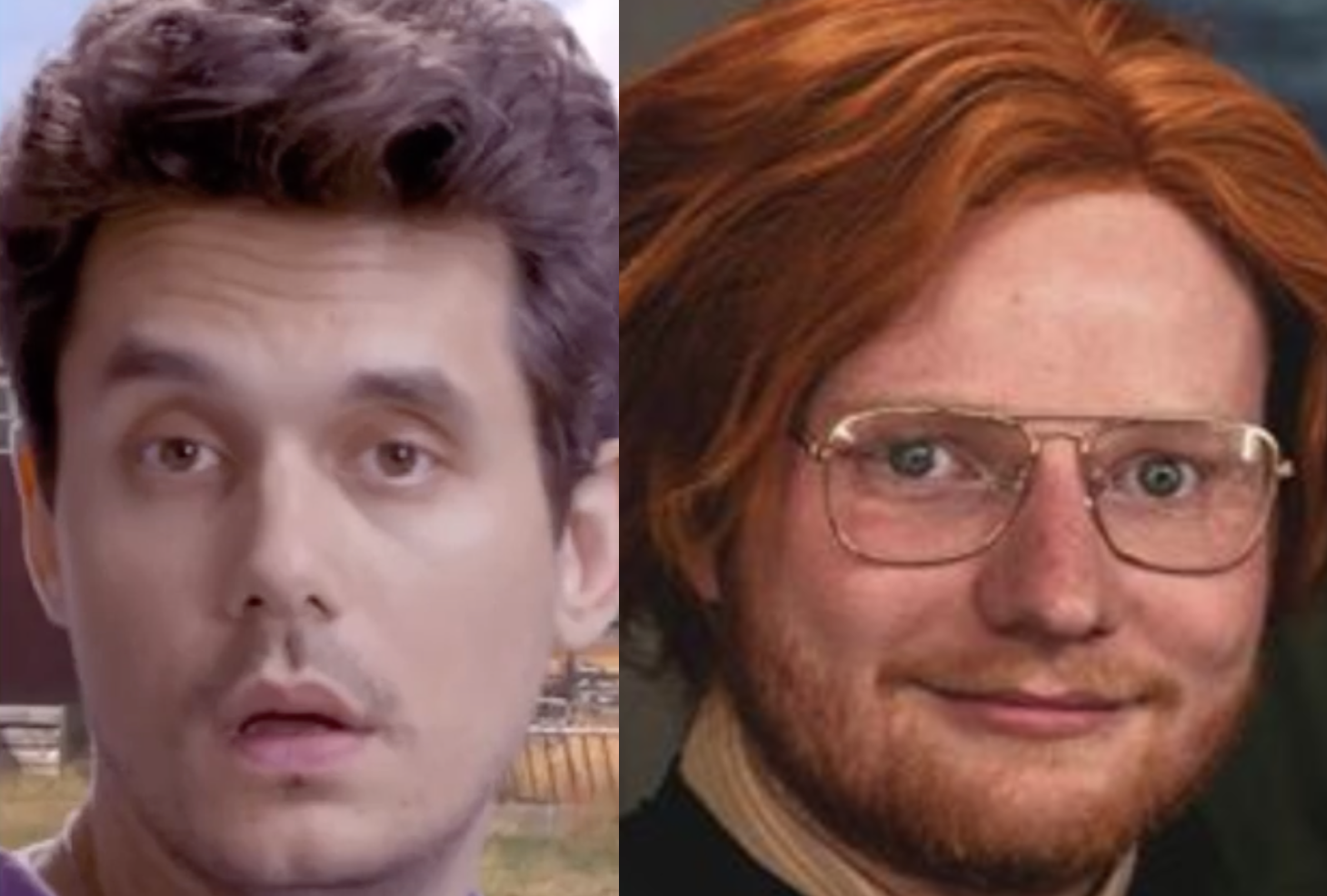 It’s a draw! What happens now? Scroll to the bottom and find out.

But you disagreed. The people have scored it differently and, in doing so, you’ve thrown this enterprise into complete disarray. Let’s see how this shocking revelation transpired: 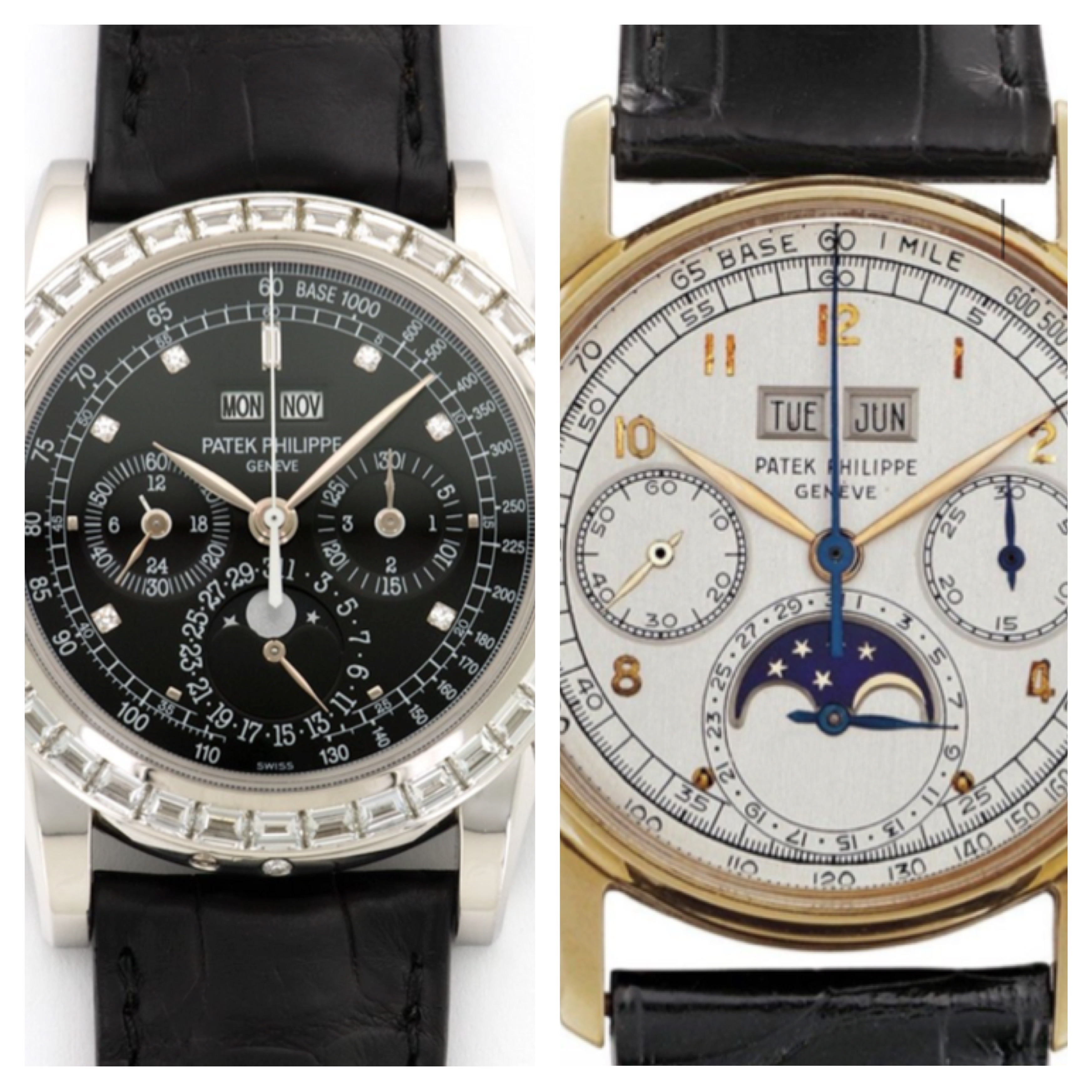 This should be a clue as to how the drama unfolded. I, rightly so, gave Mayer the win here with his famed 5971P-001 because A) it’s one of the best watches Patek has ever made and B) Sheeran had the audacity to wear one of the most important watches of the 20th century, his solid yellow gold 1518, on a goddamn Bund strap! That’s downright reprehensible. But despite pairing the first QP chronograph ever made with a disgusting leather belt that makes Sheeran look like a casual fan of BDSM, you gave him the win. The mind doth boggle. Fair enough, it might be a win on a standard strap as pictured. But do me a favour; picture it on a filthy bund. Too late to change your vote. The die is cast. 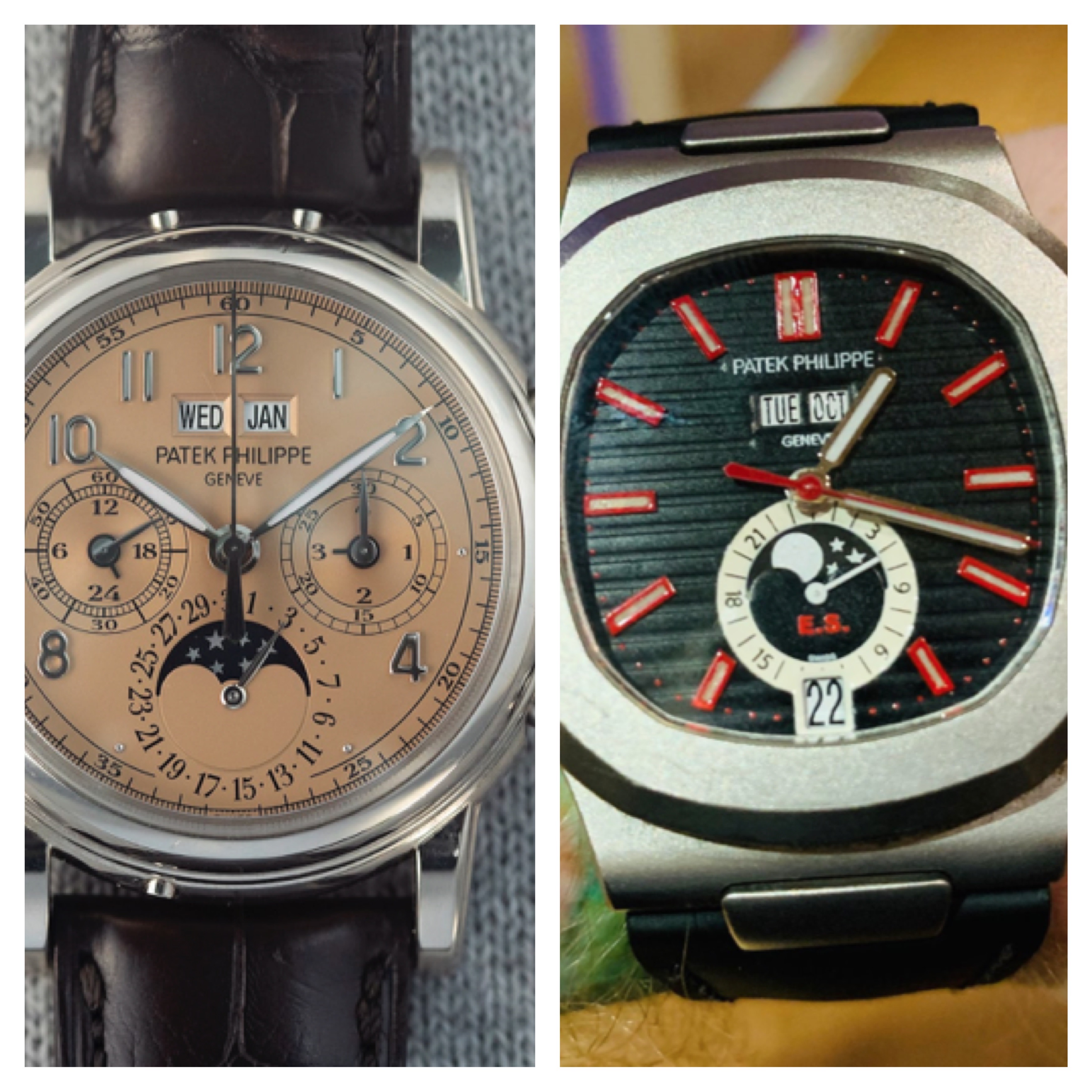 I don’t know what’s more surprising here – the fact that Mayer only won 83 per cent of the popular vote, or that 17 per cent of you out there genuinely think Bamford’s black and red beast is better looking. I didn’t think there’d be 17 people on planet earth that liked anything modded in this way, let alone 17 per cent. Comparing these two watches is like comparing a bottle of Château Margaux with a 2 Litre bottle of Mountain Dew Code Red. Ugh. 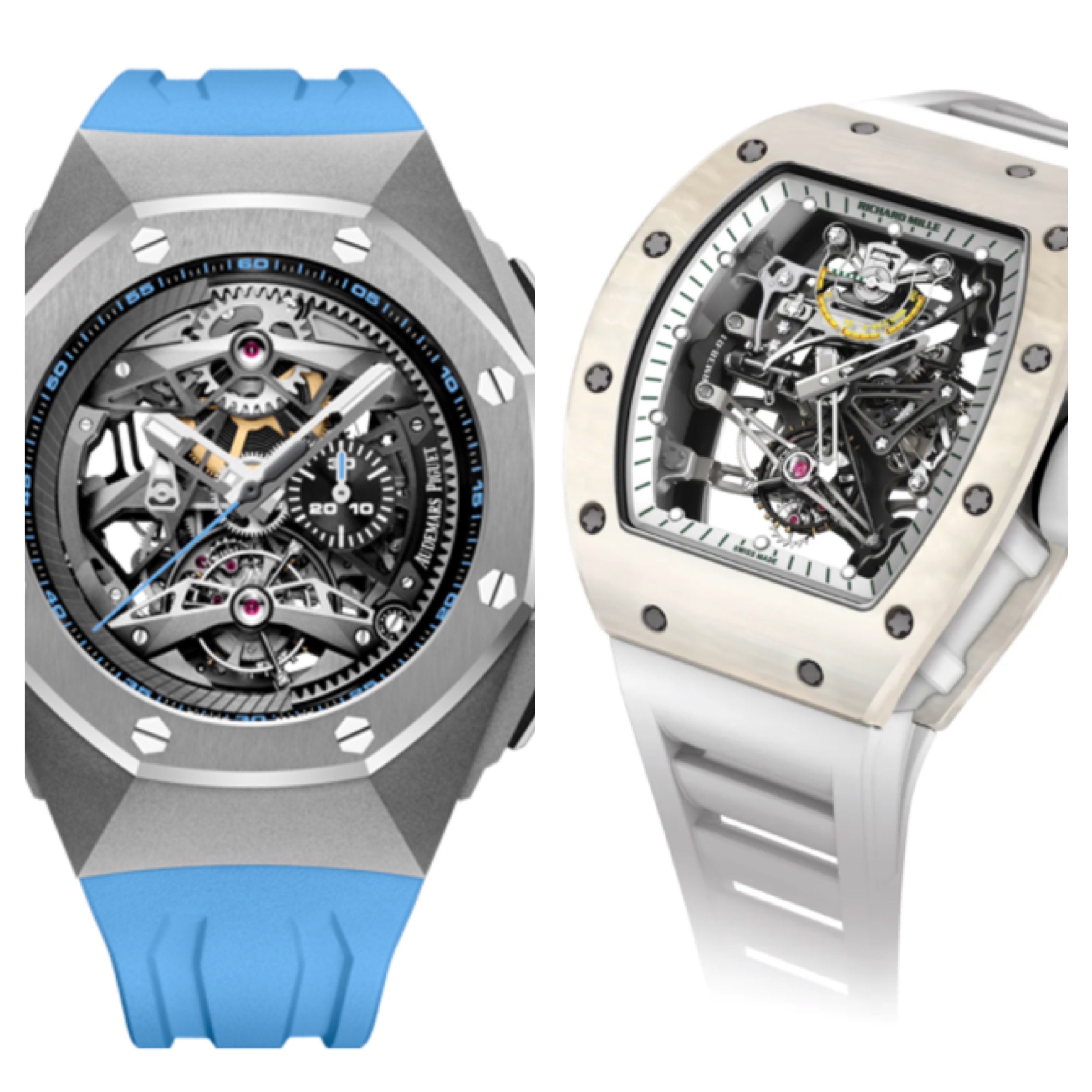 Result: 52% for the AP Concept and 48% for the Richard Mille Bubba Watson

This was a close one, which is fair enough – both these watches are the horological equivalent of hypercars. That is to say, they’re awesome. But as John Mayer famously said of this AP Concept in Talking Watches, “AP right now is on it with these watches (AP Concept pieces), much in the way that Richard Mille is, but with like a hundred years behind it.” Amen to that, Mr Mayer. 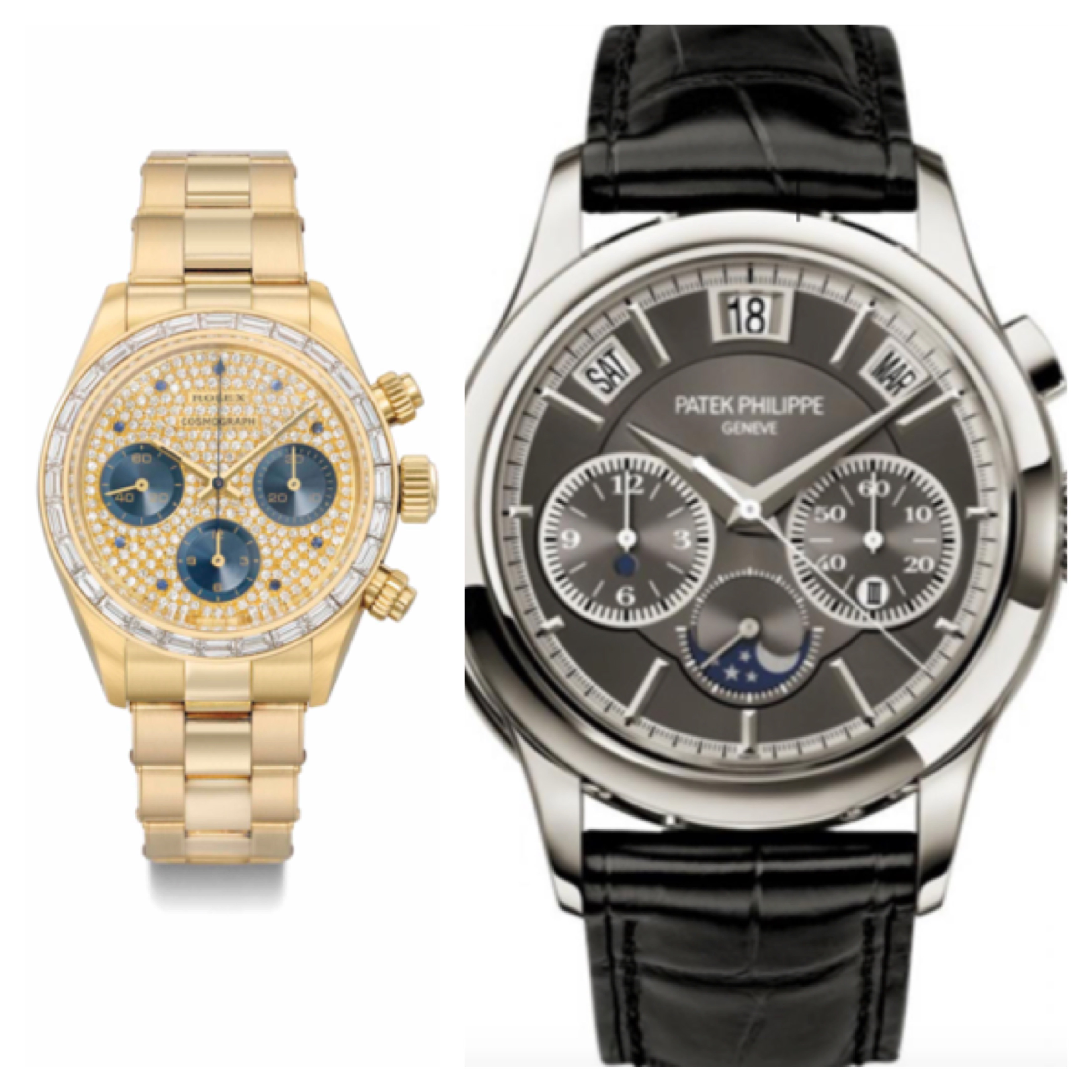 For me, this was more of a no-brainer than any other category, including the modded and murdered out mayhem category. Don’t get me wrong, the Rolex Daytona Ref.6270 is nothing short of amazing, and pitted against 99.99 per cent of watches, it would win, hands-down, every time. But the Patek Philippe Ref.5208P-001 is something beyond special. It offers a glimpse into what the best watchmaker in the world is capable of when there’s no limits. This is a rockstar’s watch, and the fact that Sheeran happily wears this $1.5million dollar masterpiece like it’s just another watch is about as rockstar as it gets.

And yes, this means that after a ferociously fought death match, we’ve ended up with a stalemate. I cannot believe it’s a draw, but that means there’s only one thing left to do … REMATCH! So get ready, because Mayer Vs. Sheeran Round 2 is going to come at you quicker than a roundhouse kick to your solar plexus from, uh, John himself. Who could forget that Instagram slo-mo. And it might have even been a bottle of Mountain Dew Code Red? See you for Round 2 soon!