Is the new Tudor Pelagos FXD “Marine Nationale” everything we hoped for?

Speculation has been rampant ever since Tudor announced their renewed partnership with Marine Nationale. With the vintage M.N. issued divers highly coveted and collectable, many were excited for a chance to own a modern take on such a watch. We previously gave our own predictions, detailing what was likely, unlikely, and most fitting for a new Marine Nationale watch – in which we claimed the Pelagos was best suited for the job. When David Beckham cheekily posted a picture of him wearing a yet to be released Pelagos watch our speculation was basically confirmed, but we still had many questions regarding materials and specifications. Today we finally have our answers, with the introduction of the new Tudor Pelagos FXD – designed to meet a unique set of specifications developed in conjunction with the French Navy’s combat swimmers, the prestigious Commando Hubert. So the question is: is the new Tudor Pelagos FXD “Marine Nationale” everything we hoped for? 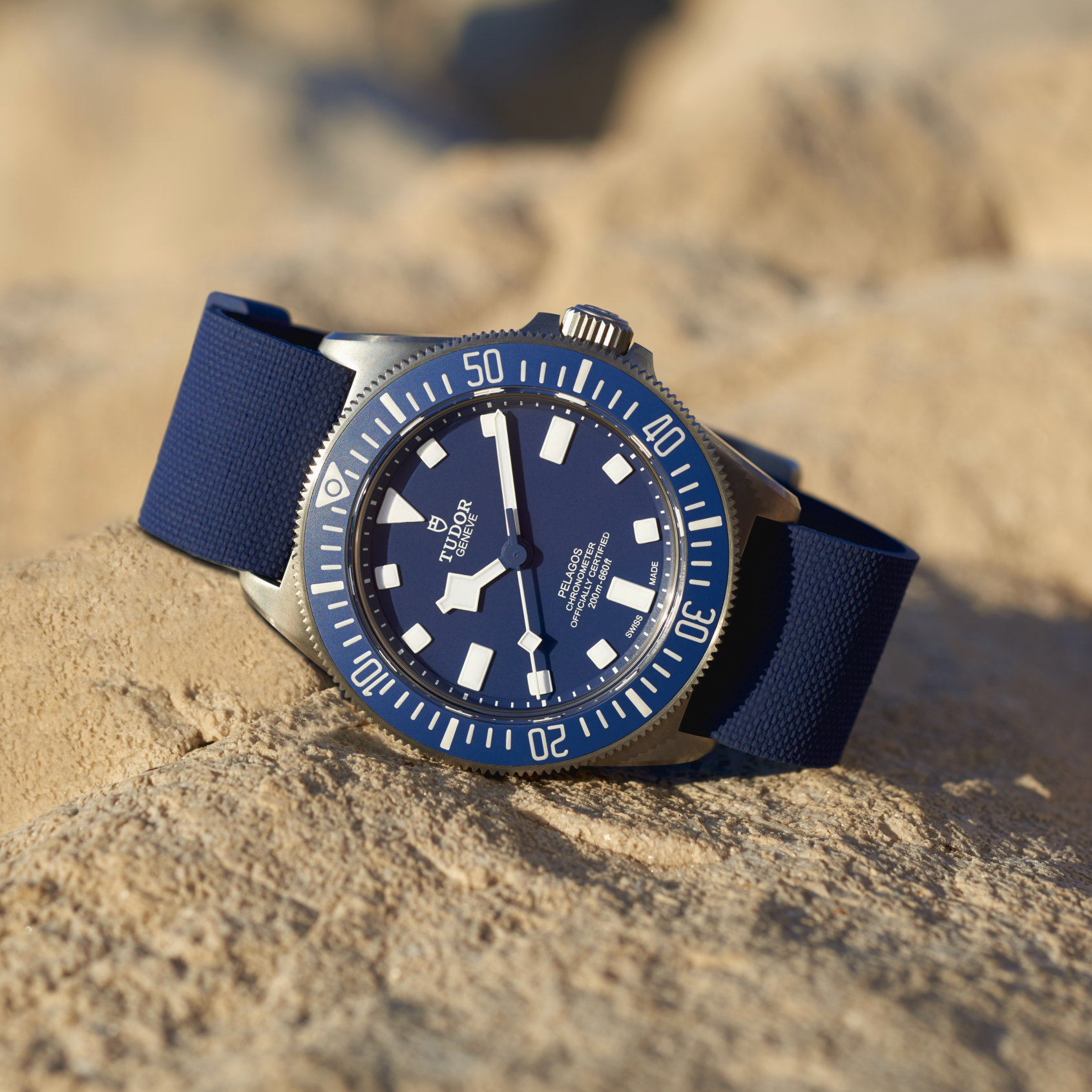 Before we dig in, let’s take a second to set the stage for this new release. For those who are not aware, Tudor’s relationship with the French military dates back to 1956. After the Groupe d’Étude et de Recherches Sous-Marines (G.E.R.S.) took delivery of some Oyster Prince Submariner 7922 and 7923 watches, in order to assess them in real-life situations, their water resistance judged to be “perfect” along with their performance “entirely correct”. The G.E.R.S. commanding officer at the time, persuaded by their potential, quickly placed more orders in the wake of their assessment.

This enabled Tudor to become the “official supplier to the French Navy” in 1961. The partnership would continue over many decades, leading to what is considered the most famous Tudor dive watch used by the French Navy: the reference 9401 launched in the mid-’70s and supplied to the French Navy until the ’80s. This is the very watch the Tudor Pelagos FXD model is inspired by. 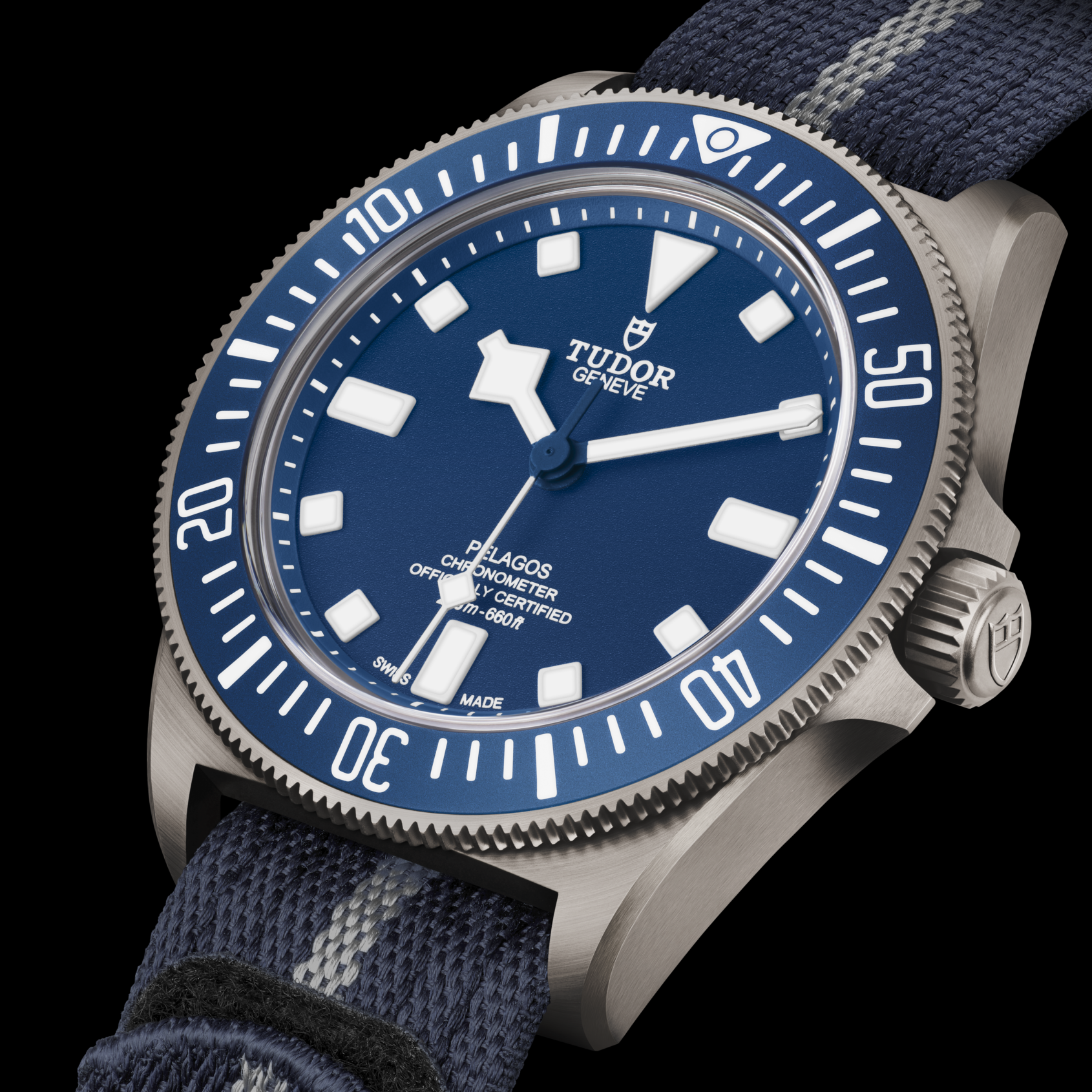 The screw-down crown secured and 200 metre water-resistant case is machined from a single block of titanium, with its dimensions clocking in at 42mm in diameter, 12.75mm thick, and 52mm lug-to-lug across the wrist. In a personal sense, with my smaller wrist, I am a tad disappointed the watch is not 40mm in diameter – in turn a tad more compact lug-to-lug. But I am very impressed that its thickness is under 13mm, especially when you consider the fact that the previous Tudor Pelagos and Black Bay Heritage 41 hover closer to 15mm thick. As a utility-driven military watch, Tudor has fittingly given the dive watch a full satin-brushed finish. So while there are vintage-inspired tapered bevels to the lug shoulders, there will not be any hints of glistening metal to the Tudor Pelagos FXD. 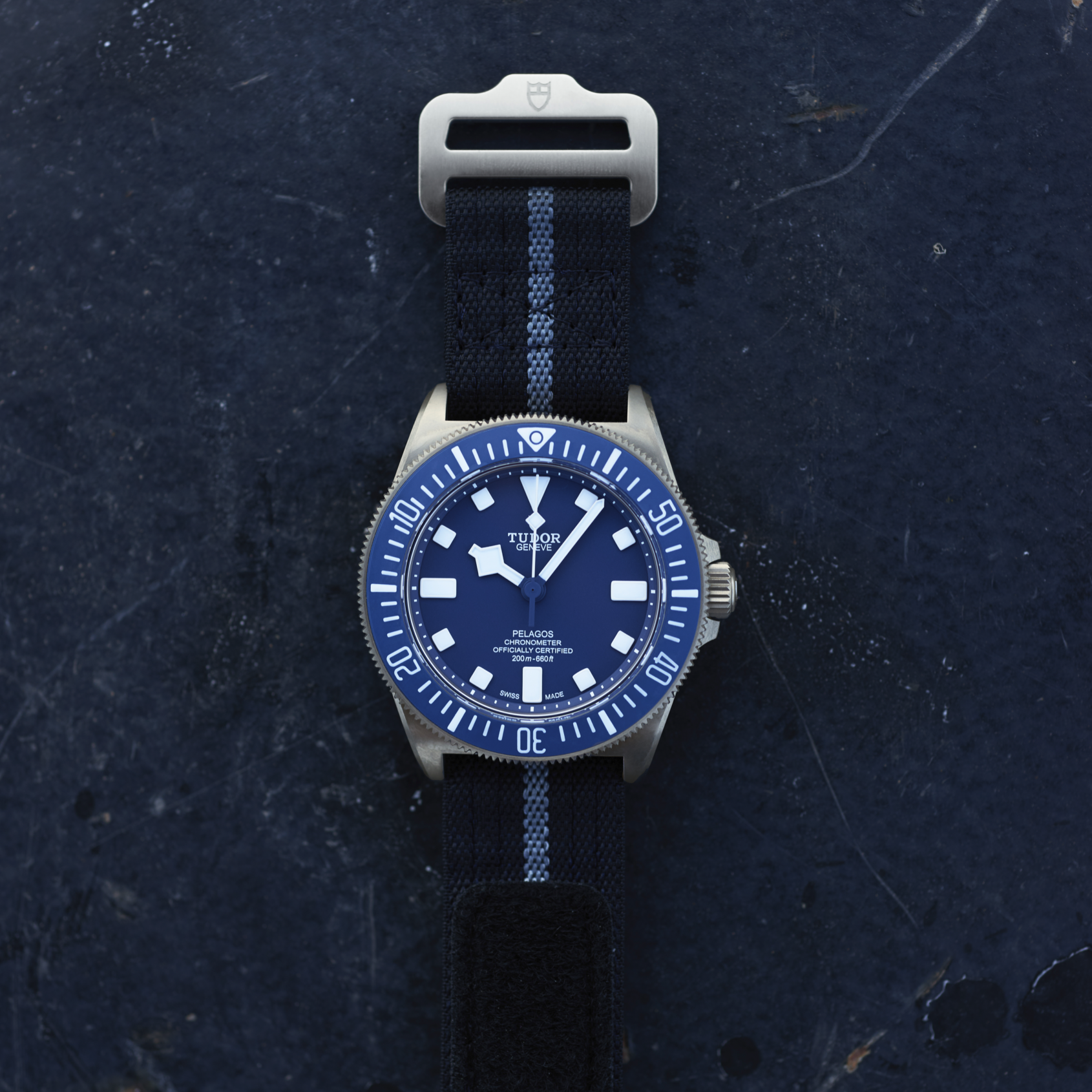 By Tudor’s own description, the Tudor Pelagos FXD is fitted with a navy blue bezel and dial versus the just “blue” dial of the original Pelagos watch. While subtle, it would appear the Pelagos FXD colour scheme is just a tad darker than the Pelagos – I mean, it is fitting for a navy watch to be rendered in navy blue after all. Framing the dial is a bi-directional titanium countdown bezel with a navy blue ceramic insert. The countdown scale is entirely luminescent, its 60-minute retrograde graduation filled with grade X1 Swiss SuperLuminova®. Its dial follows suit, with a matching navy blue tone and snowflake hands and applied hour indices filled with grade X1 SuperLuminova® as well. The bases of the central hands have a navy blue coating, creating a subtle floating effect to their appearance. A defining characteristic of the Pelagos is its strongly stepped inner bezel and the outer minutes track that utilizes the real estate. The Tudor Pelagos FXD also has a stepped inner bezel with a hashed minutes track, but it is much more narrow in nature and does not frame the boxed indices applied to the dial in the manner the Pelagos does. Dial purists may complain that there is four lines of text above the 6′ position, but if it is any consolation four is less than the five found on the standard Pelagos watch and, don’t forget, there is no date complication as well. 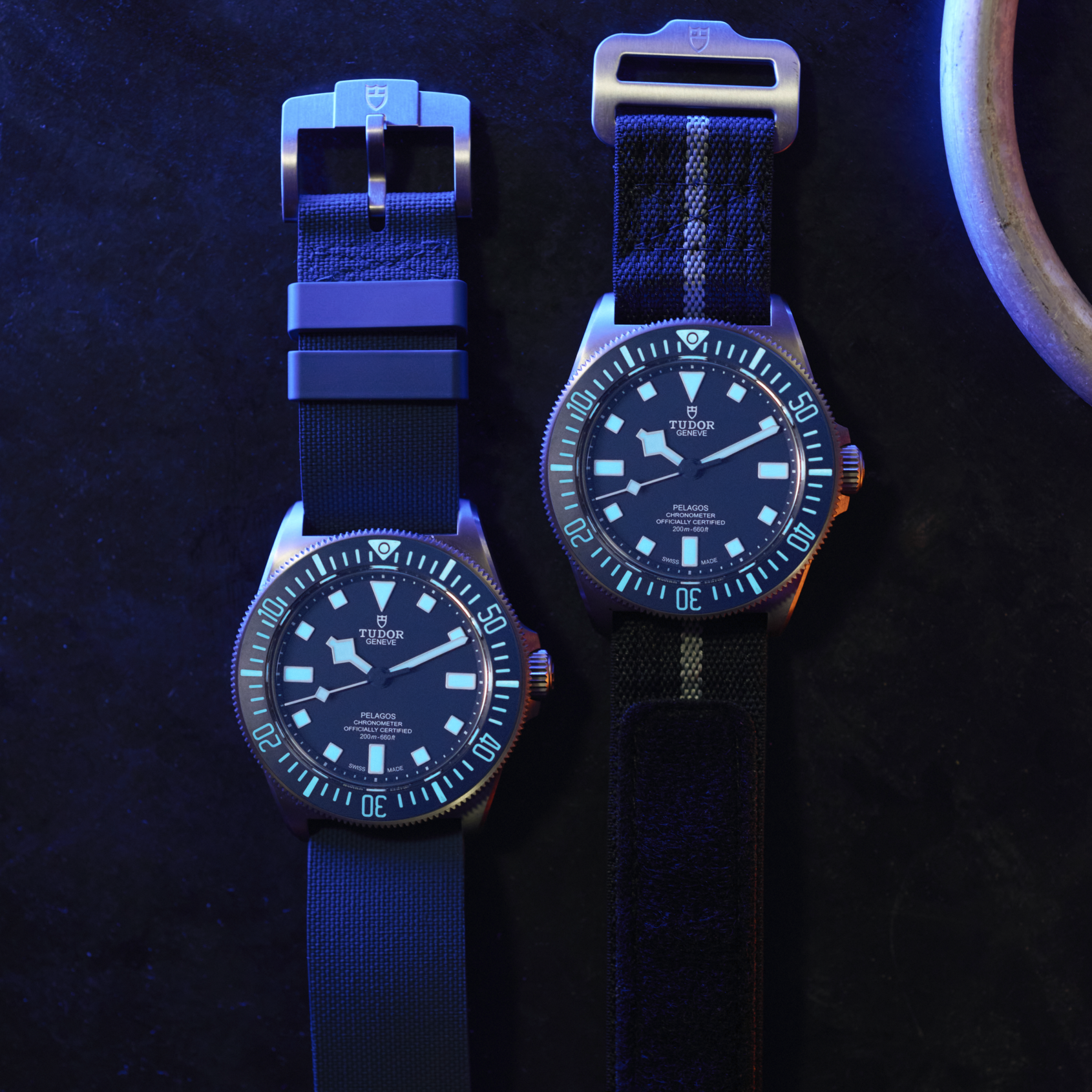 A notable value add of the release is its straps. The Tudor Pelagos FXD is offered on a navy blue and grey central threaded one-piece fabric strap with self-gripping fastening system, with a complimentary one-piece rubber strap that has a case-matching titanium buckle. The rubber strap is tastefully embossed with a fabric motif, maintaining a militaristic vibe befitting of a military collaboration. Each of the straps are water-resistant, so the Tudor Pelagos FXD is dive ready out of the gate. It is important to note, however, that the FXD in the release’s nomenclature denotes fixed strap bars – a design element that helps the watch meet the specification requirements of the French Navy’s combat swimmers. This means you cannot experiment with any straps that are affixed to a watch by spring bars, only “pass-through” straps can be utilized here. That being said, I personally can’t imagine better pairings for the Tudor Pelagos FXD then the two factory bundled straps. The tradeoff of the fixed bar design is that while it does not cater as well to a strap-monster mentality, it is a far more robust configuration that makes the diver highly reliable. Since there are no spring bars, there is no potential for the straps to accidentally pop off the case – earning the trust and meeting the standards of the French military. 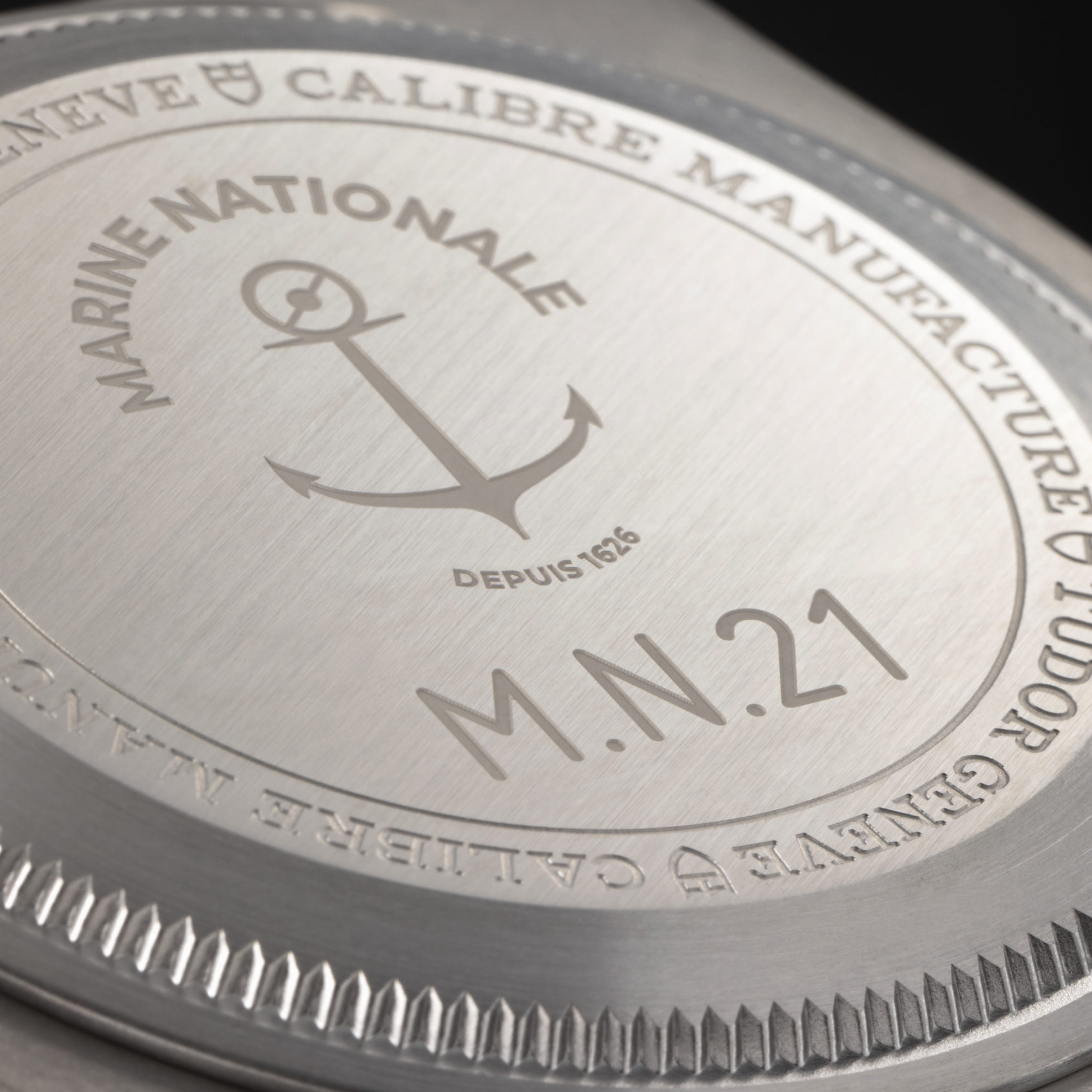 The solid screwed-down caseback is engraved with the Marine Nationale (French Navy) logo and the inscription “M.N.21” (Marine nationale 2021), inspired by the original engravings of the 1970s and ’80s. Ticking beneath it is the COSC certified automatic Tudor manufacture caliber MT5602, notably boasting an anti-magnetic silicon balance spring and weekend proof 70-hour power reserve. While COSC standards dictate an accuracy of +6/-4 seconds per day, Tudor pledges their movements to be regulated a bit further – running within +4/-2 seconds per day upon complete assembly of the watch.

So, is the Tudor Pelagos FXD everything we hoped for? Well, if like me you dreamed of a smaller 40mm watch then perhaps not entirely. But considering the mission was to create a modern watch befitting of use by the Marine Nationale they nailed the assignment. The fixed strap bars really lend to the credibility of this collaborative release. This is an unapologetically military-driven design and framework, and for those looking for an authentic military diver at retail it does not get more authentic than this. 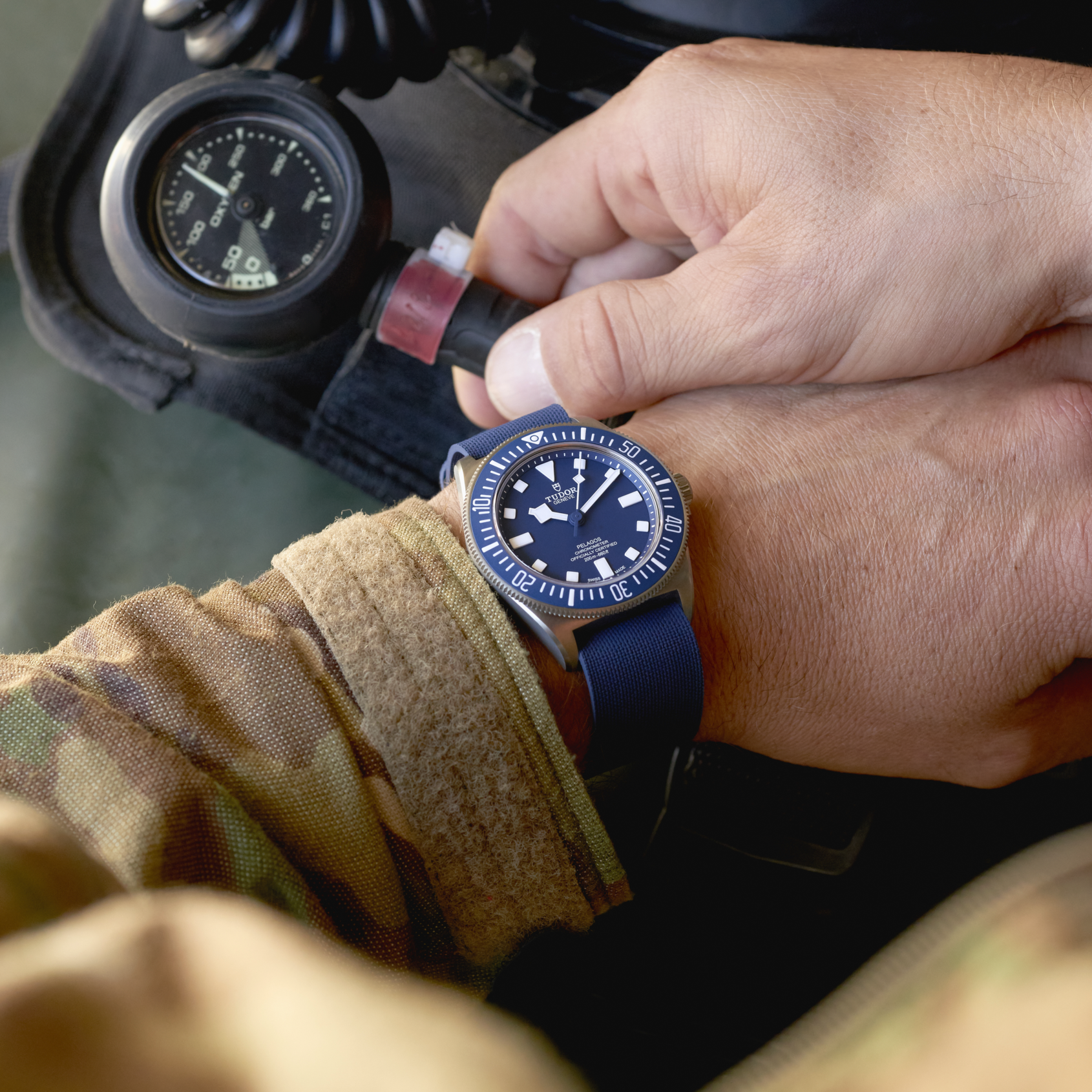