Zenith threw a knockout punch only a few weeks ago with the new Chronomaster Sport. But CEO Julien Tornare and his team are clearly on a roll. The DEFY 21 continues the brand’s momentum with this unexpectedly colourful collaboration with a contemporary artist. The Zenith DEFY 21 Felipe Pantone finds their high-tech tool watch inhabiting a dark ceramic suit enlivened by a a laser light-show of colours. In the process, Zenith have again set new standards of material treatment in a textbook example of how to catch the attention of even the most blasé watch enthusiast. 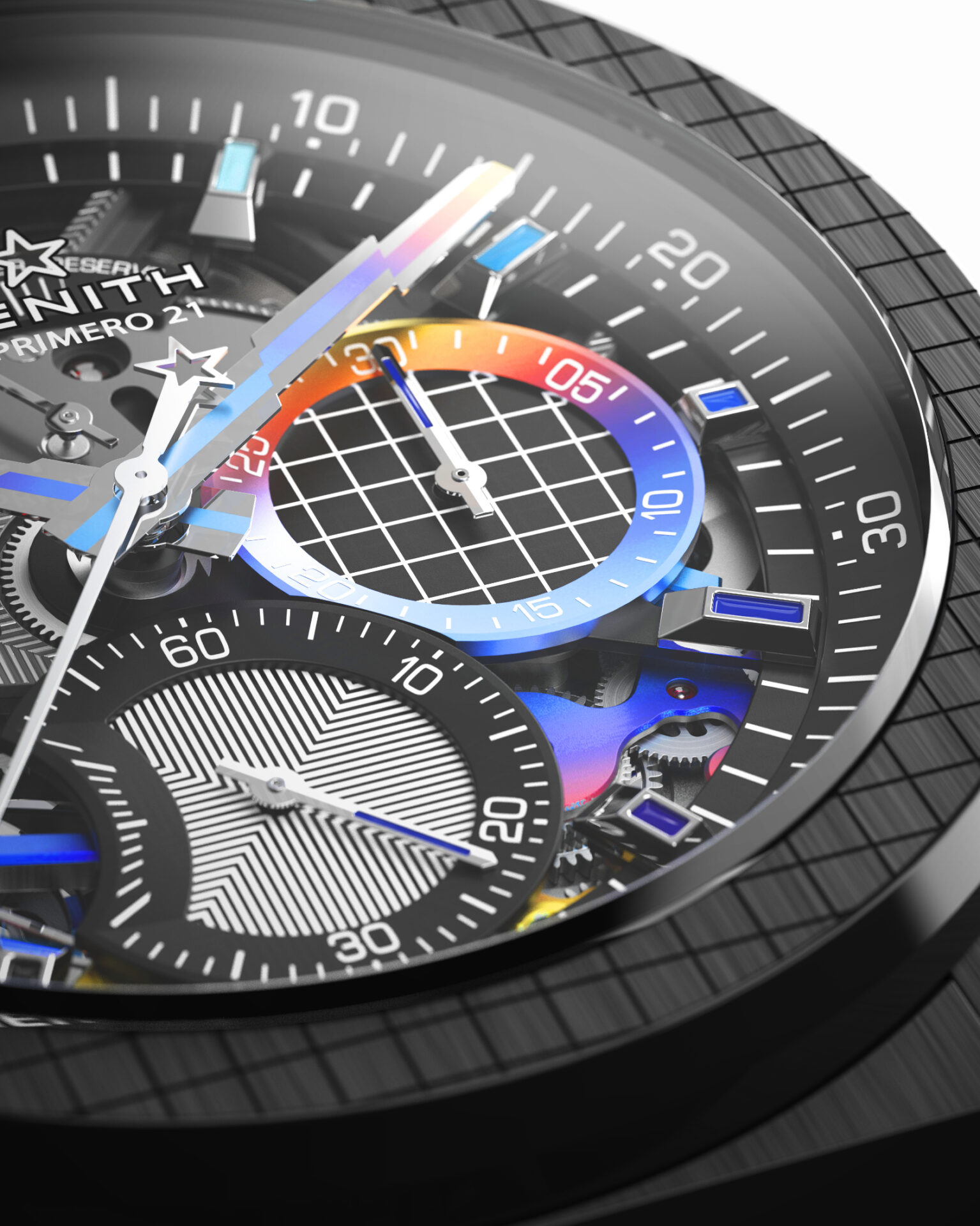 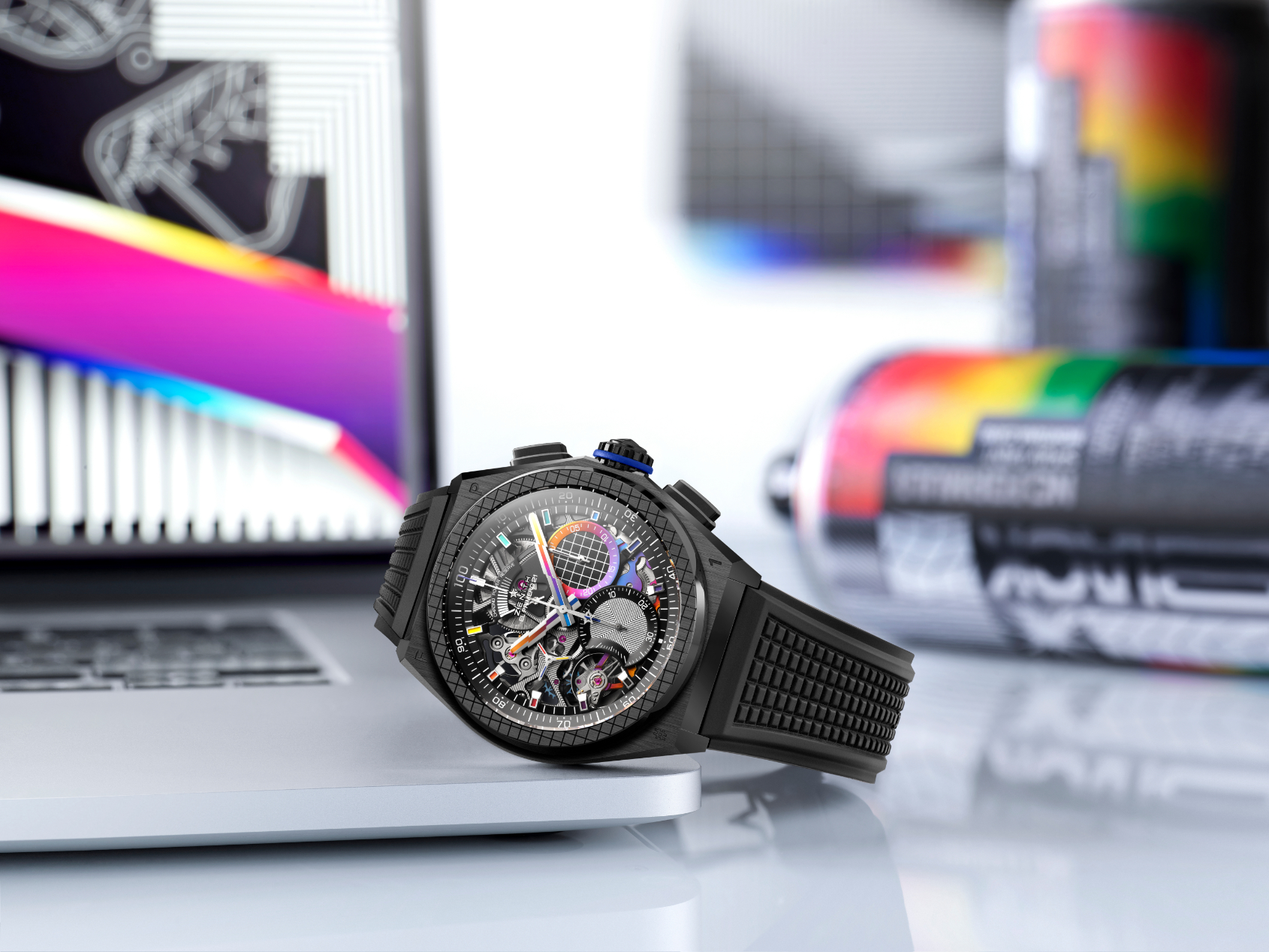 It’s great to see a brand refusing to go down the safe path, but instead attempting something that feels genuinely different. The colours here aren’t a bombardment, but are laser bright, sharp and, at the same time, delicately wrought. This is the first time Zenith has collaborated with one of the brightest stars of contemporary art, the Argentinian-Spanish artist Felipe Pantone. And judging by the transformation his touch brings, we are already hoping for more. 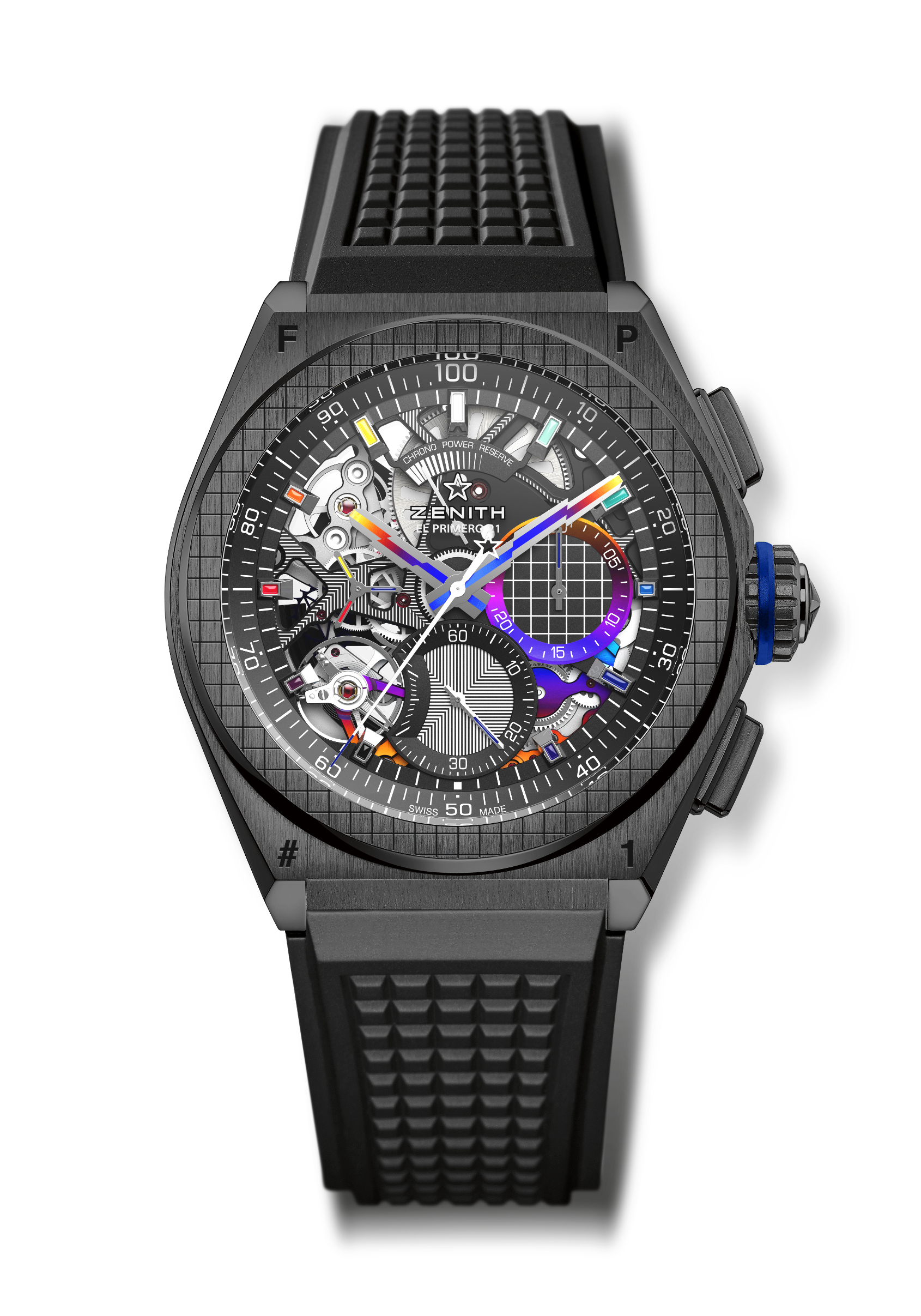 There is something particularly charming about the way Zenith has taken the darkest version of the DEFY 21, a tough guy in the hard fought sports watch category, and given Felipe Pantone free reign with his “visible spectrum concept”. The intricate details of the openworked DEFY 21 dial and case structure have become the perfect canvas, from which you are hit with a barrage of small details and colours. From a distance it appears like only a few coloured accents on the dark stage, but turns out to be so much more and therein lies the appeal. A striking feature is the metallic sheen to the multi-coloured bridges and the rainbow chapter ring on the minute counter. 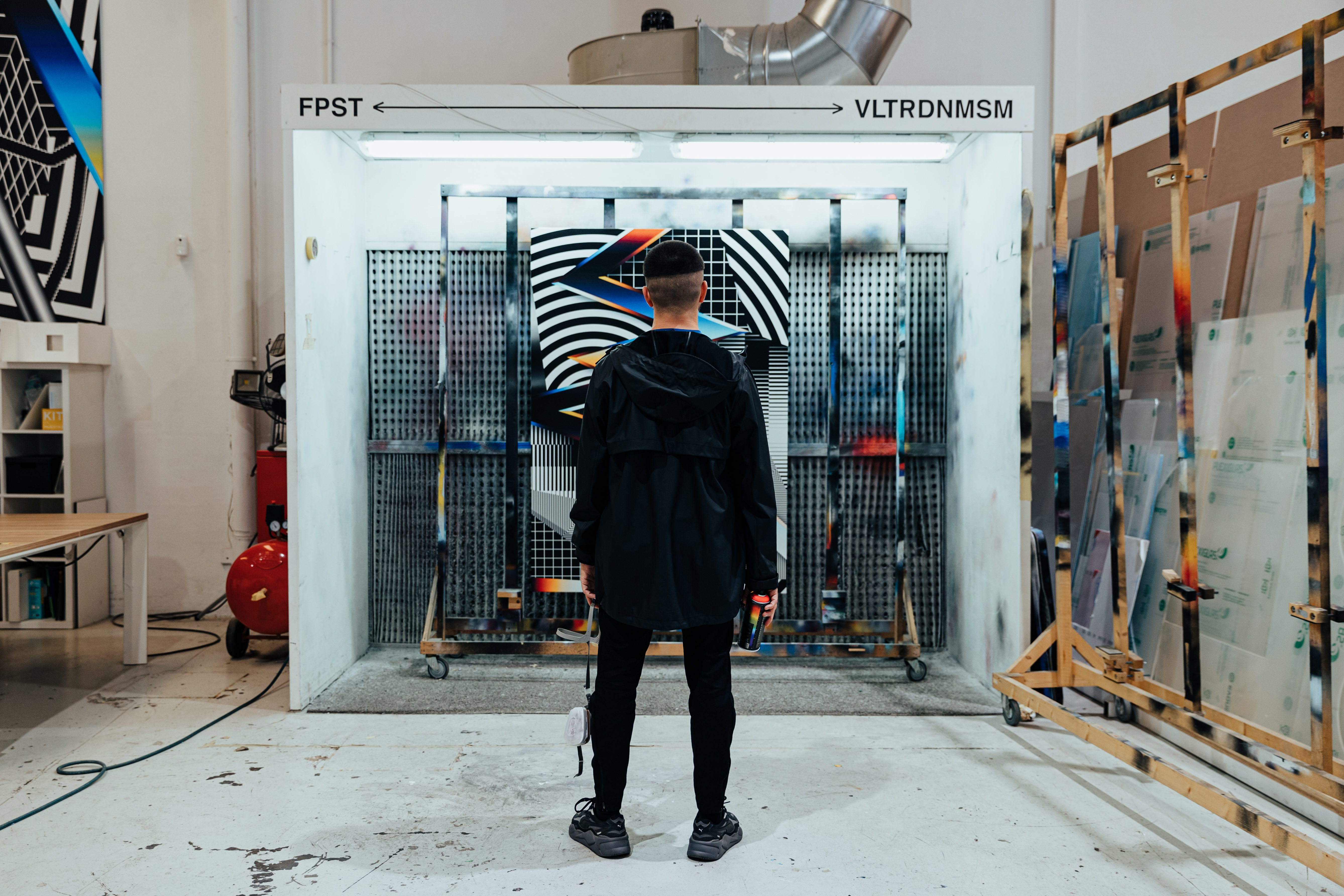 The coating reflects a gradient of metallic rainbow tones – the DEFY 21 Felipe Pantone is the first watch to ever use this innovative kind of three-dimensional PVD. The result is made possible by using silicon particles as a surface treatment, to produce a spectrum of perfectly transitioning colours. And the best part is the semi-bespoke detail, where the micro-rainbow flashes give varying results on each application so that no two are alike. 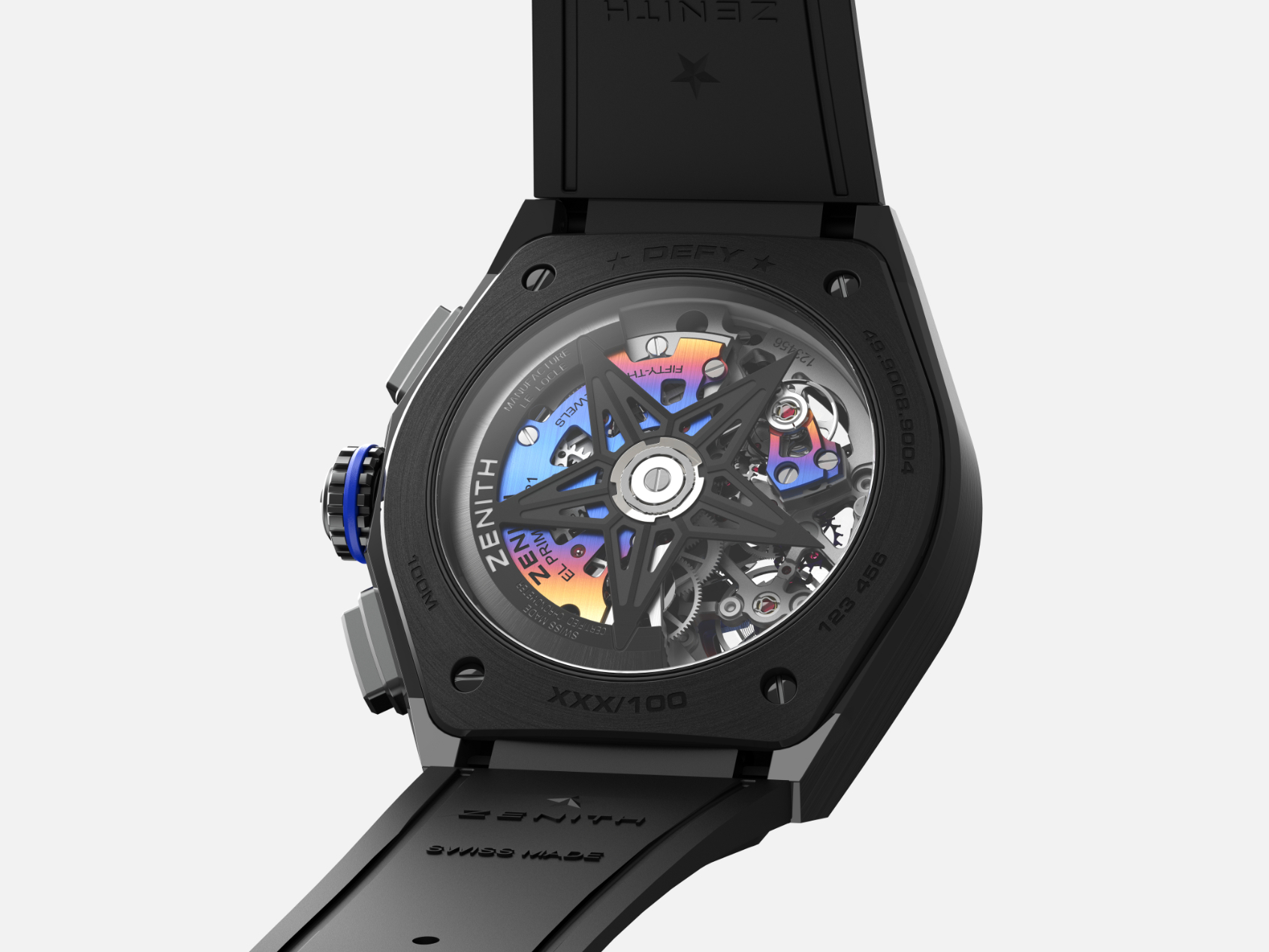 The bold sword hands have a centre in the same flash of colour, and are given a distorted look akin to the lighting shapes often used by Pantone. The rest of the already intricate dial is treated to a whimsical yet technically challenging mix of surface treatments, from PVD noir to psychedelic patterns.

There is a deep graphic quality to Pantone’s work, picked up in a grid pattern on the minute register. This effect is repeated on the bezel – the first time we’ve seen a grid engraved there – another result of the fresh ideas that a non-horological collaboration can bring. A bright blue ring on the large tool crown tops out the colour fest until you turn the DEFY around and are lost. Again 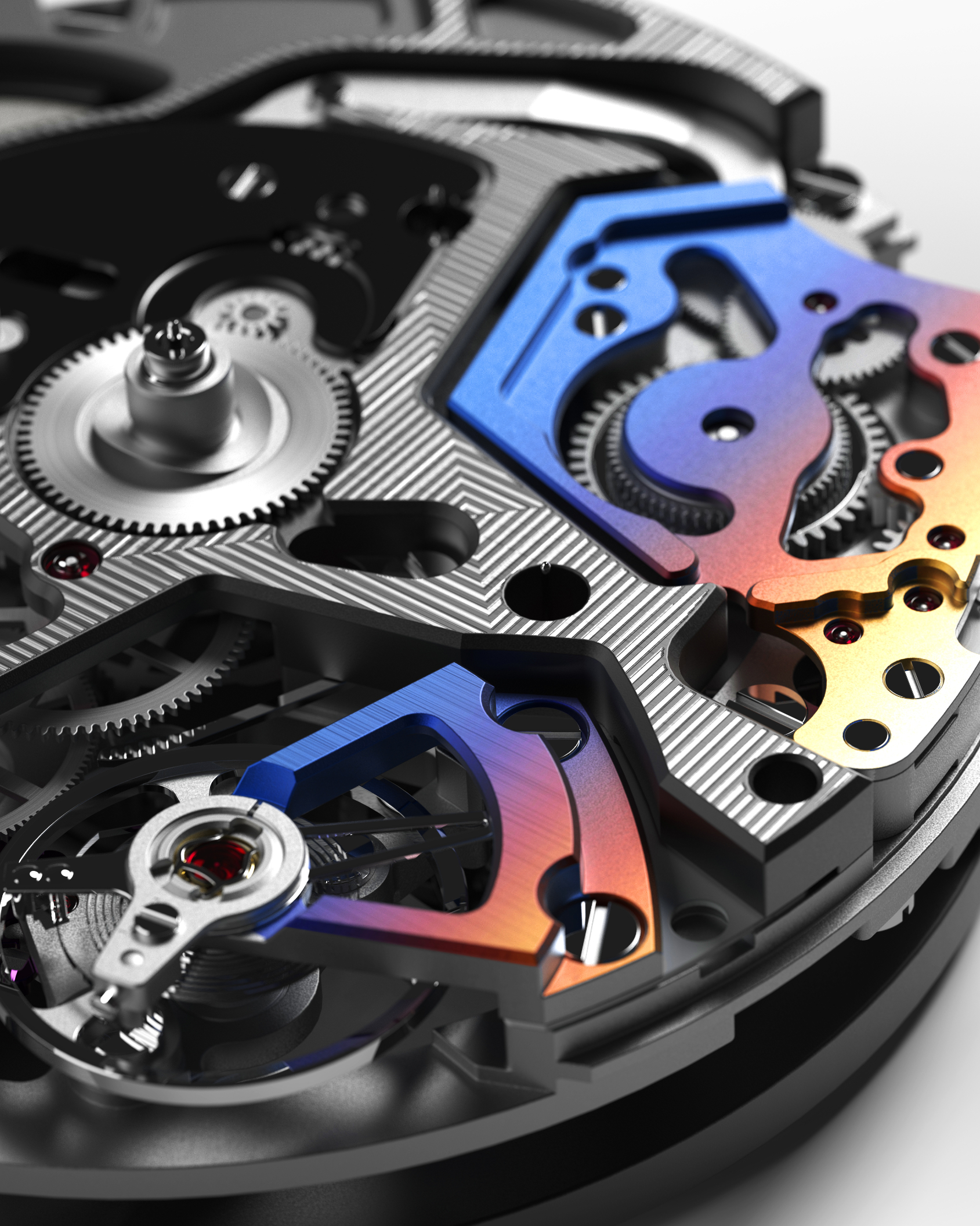 The dynamic case design of the DEFY 21 in black ceramic is nothing but angular by execution, and yet again proves a strong base for special editions. With the intricate, twin escapement El Primero 9004 Automatic movement, you have chronograph history on your wrist, with the dizzying spin of the central chronograph hand showing 1/100th second. We all know the 36,000 vph high beat of the El Primero is still the benchmark, but what about the second escapement for the chronograph? It has its own 360,000 vph. So here the mic gets dropped when the seconds hand sweeps madly around the dial. 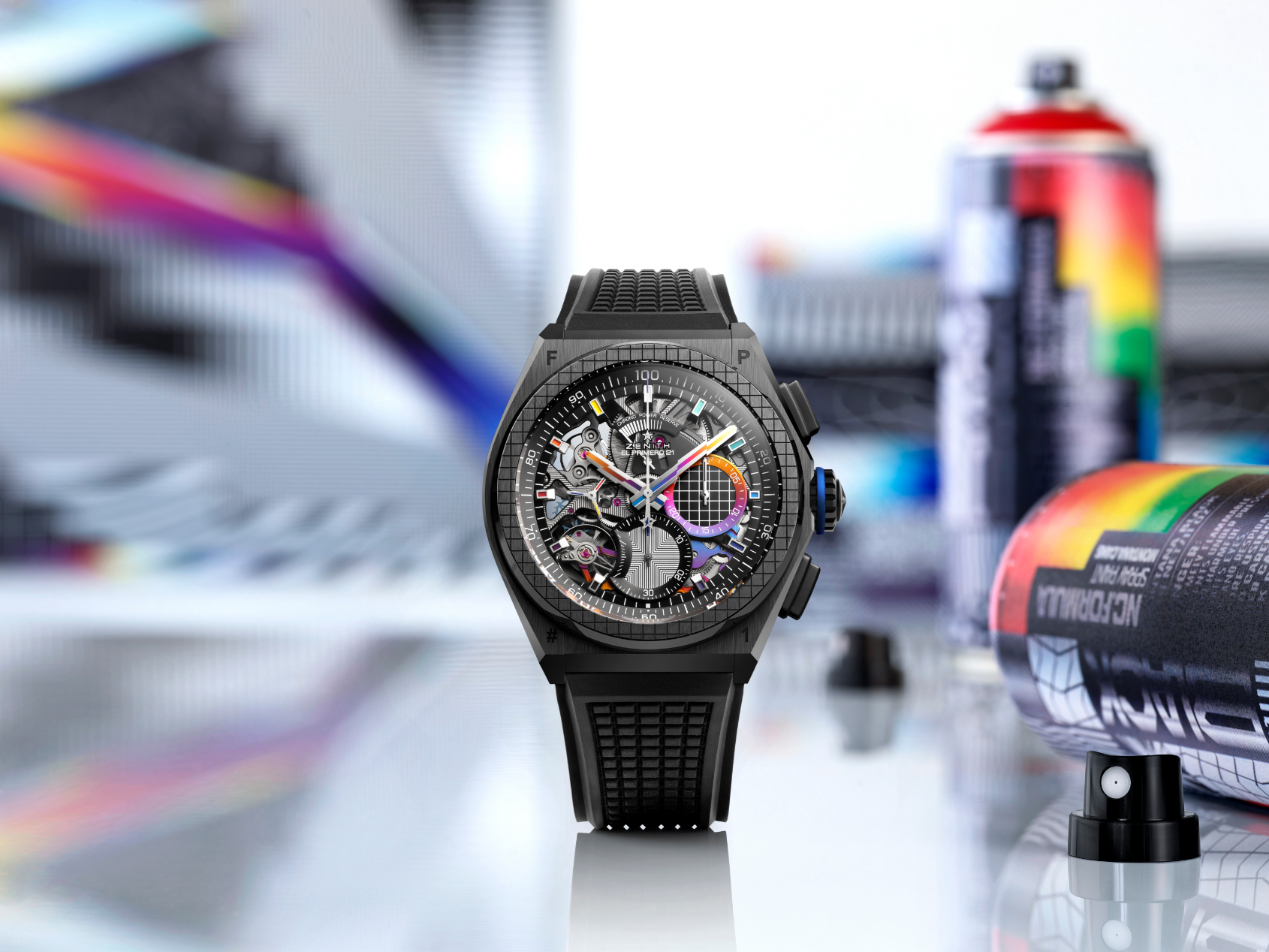 I might go as far as calling the DEFY 21 Felipe Pantone one of the best collaborations so far in 2021. With its barrage of details, a deft choice of contrasting surfaces and laser-sharp details, you’ll have way too many intricate details to enjoy in one sitting.  Get out your loupe and take your time – this is a watch that rewards closer inspection.

Available from March 15 at Zenith Boutiques as well as the Zenith online shop. Price: € 18,600

Made in partnership with Zenith. However, the opinions expressed in this article are our own in accordance with our Editorial Policy